AFL player Rhett Bazzo has delivered a heartbreaking tribute after his mother was killed in a boating accident.

Kylie Bazzo was one of two people killed when the boat she was riding in with friends crashed into a pylon on Saturday night.

The 19-year-old West Coast defender shared a collection of photos of his mother, saying he was lost for words to explain how he felt after her shock death.

“My beautiful mother. Words cannot explain the feeling of not having you around anymore,” he said. 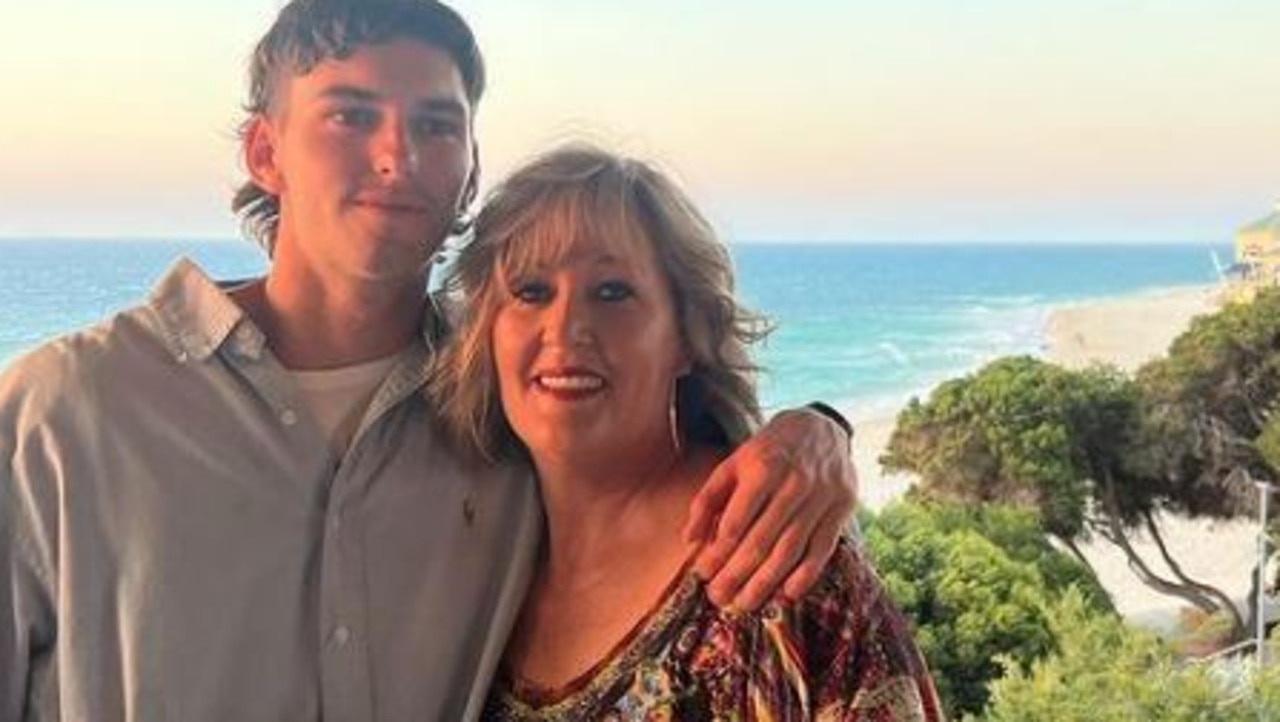 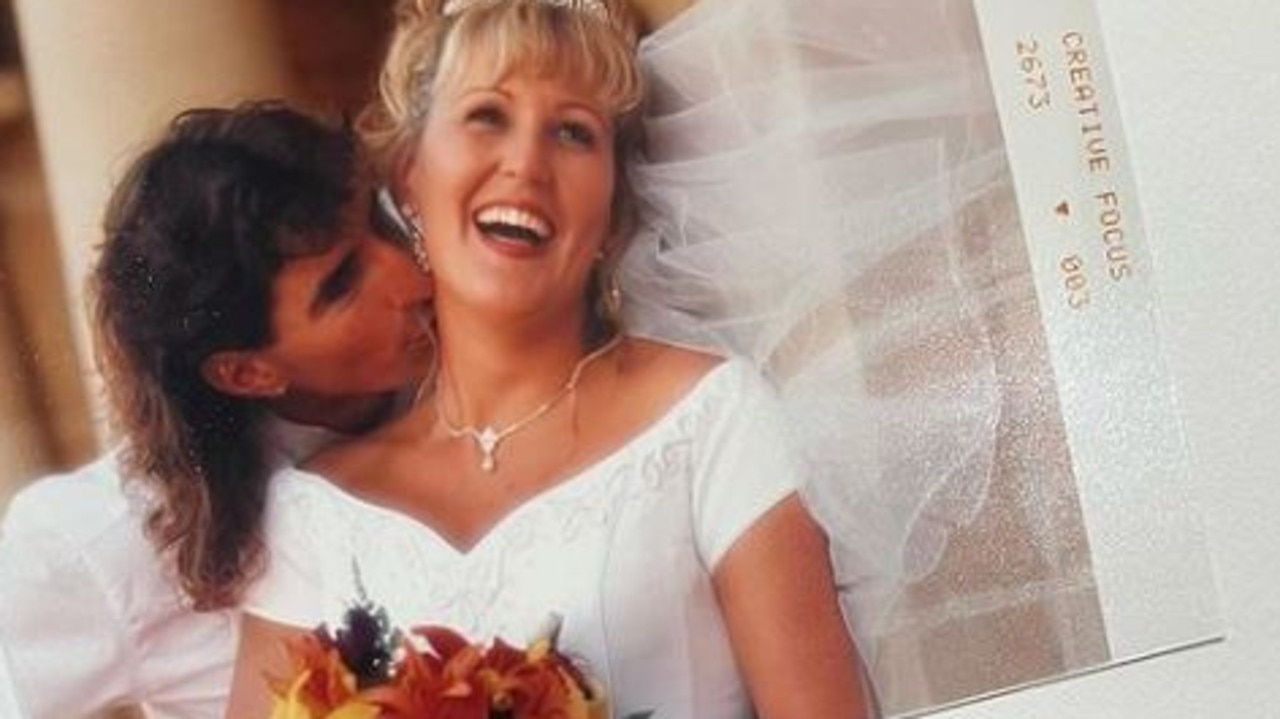 Bazzo said he was ‘forever grateful’ for her unconditional love. Picture: Instagram

“Forever grateful for the unconditional love you’ve always shown us.

“Thank you for choosing me.”

The football star has experienced unimaginable loss at such a young age after his father Steve – a WAFL great – lost his battle with cancer when Bazzo was just 12 years old.

“You’re now reunited with your eternal soulmate,” he said. Bazzo has taken a break from training with the West Coast Eagles, with the club offering “every support” following his mother’s passing.

“The West Coast Eagles are devastated by the loss of Kylie Bazzo,” the club said in a statement on Monday. 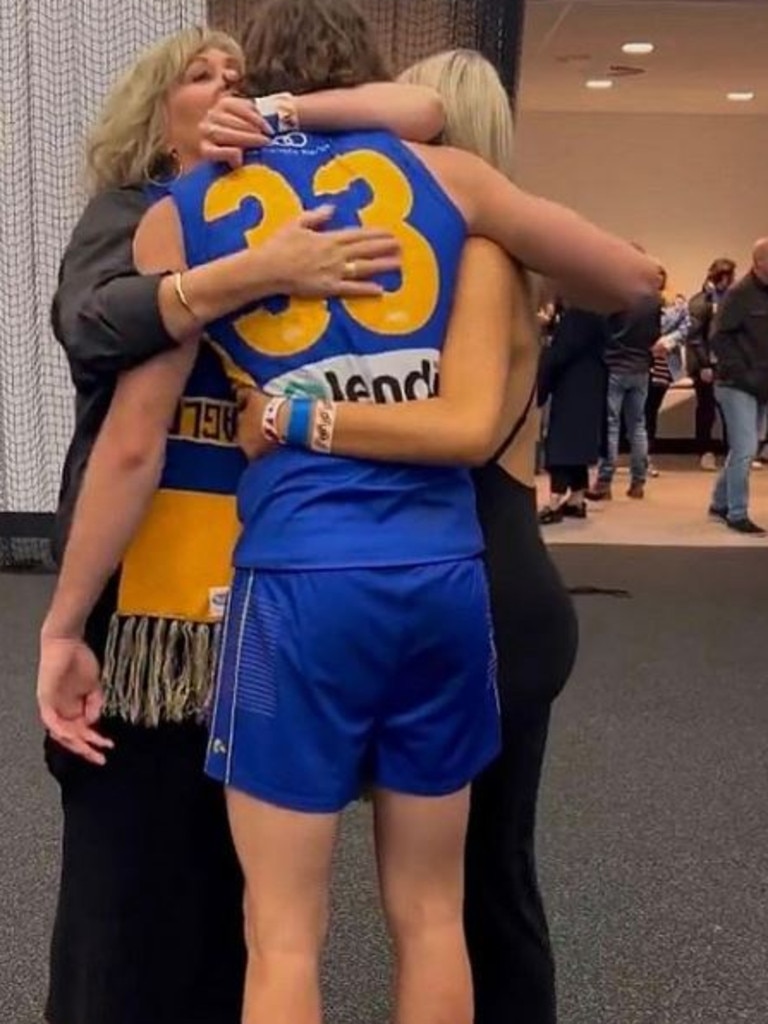 The West Coast Eagles defender was supported by his teammates. Picture: Instagram 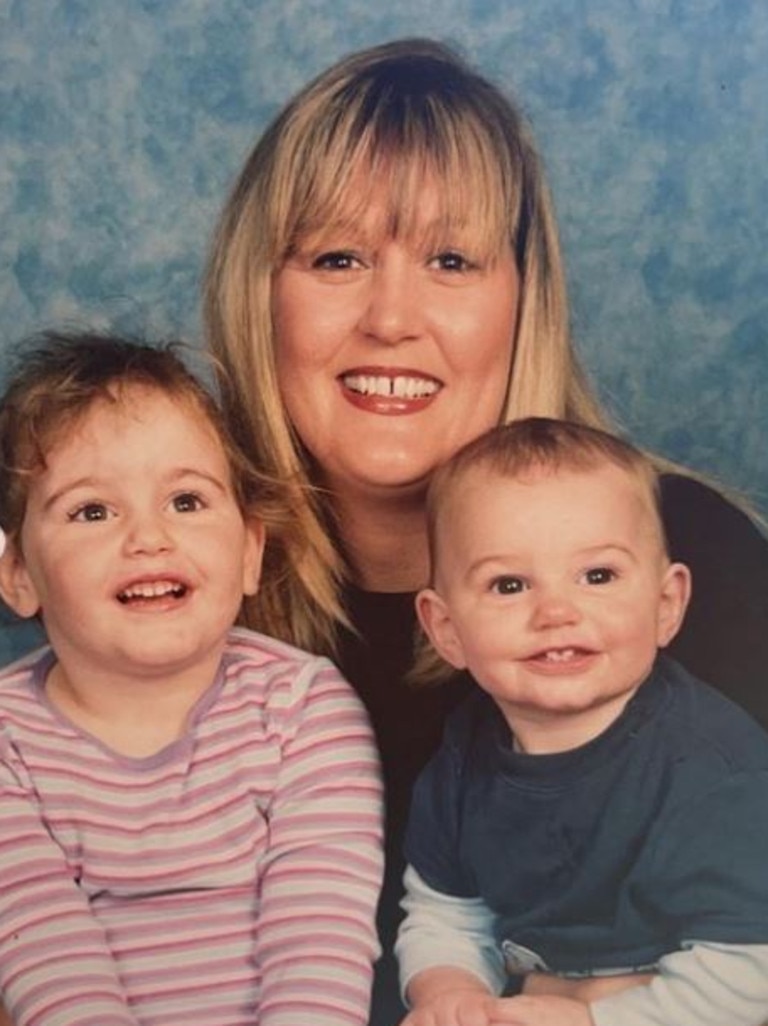 His mother is the second parent he has lost in the last seven years. Picture: Instagram

“The club’s players, staff and board extend their deepest condolences to the Bazzo family and are offering every support to Rhett, his sister Kameron and their loved ones.”

The 19-year-old’s teammates threw their support behind the youngster, sharing their love in the comments section. 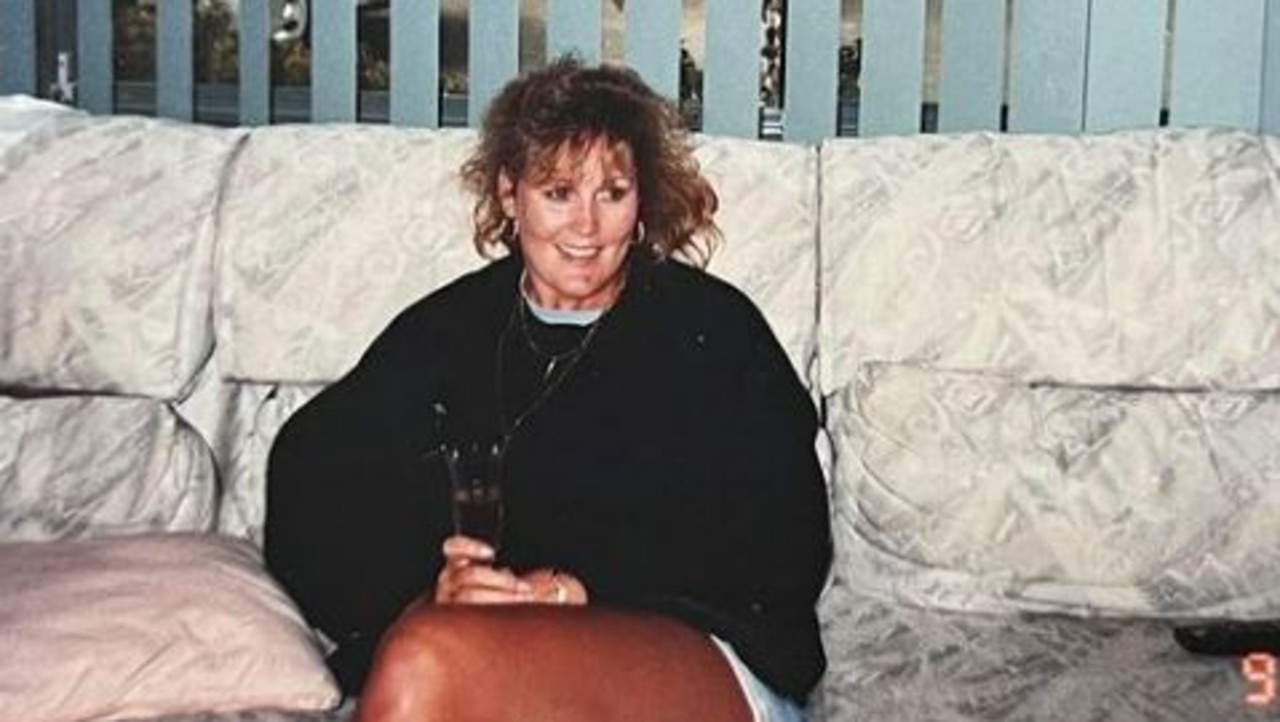 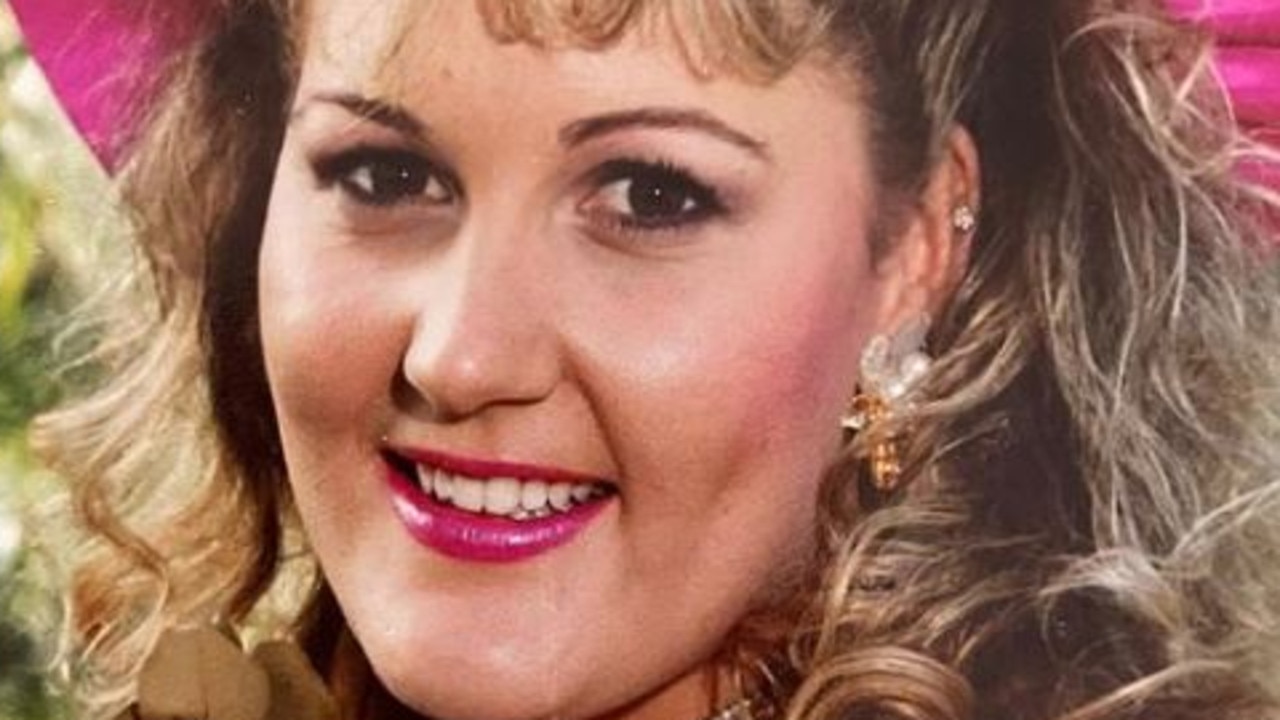 Bazzo shared a series of nostalgic photos of his ‘beautiful mother’. Picture: Instagram

Among the carousel of photos showcasing his mother’s life are images of his parents’ wedding in the 1980s and one of his mother embracing him and his sister Kameron as toddlers.

He also gave a nod to his mother’s sense of humour, showing a side-by-side comparison of her attempt at an homage to Australian icon Kath Day Knight of “Kath and Kim”. 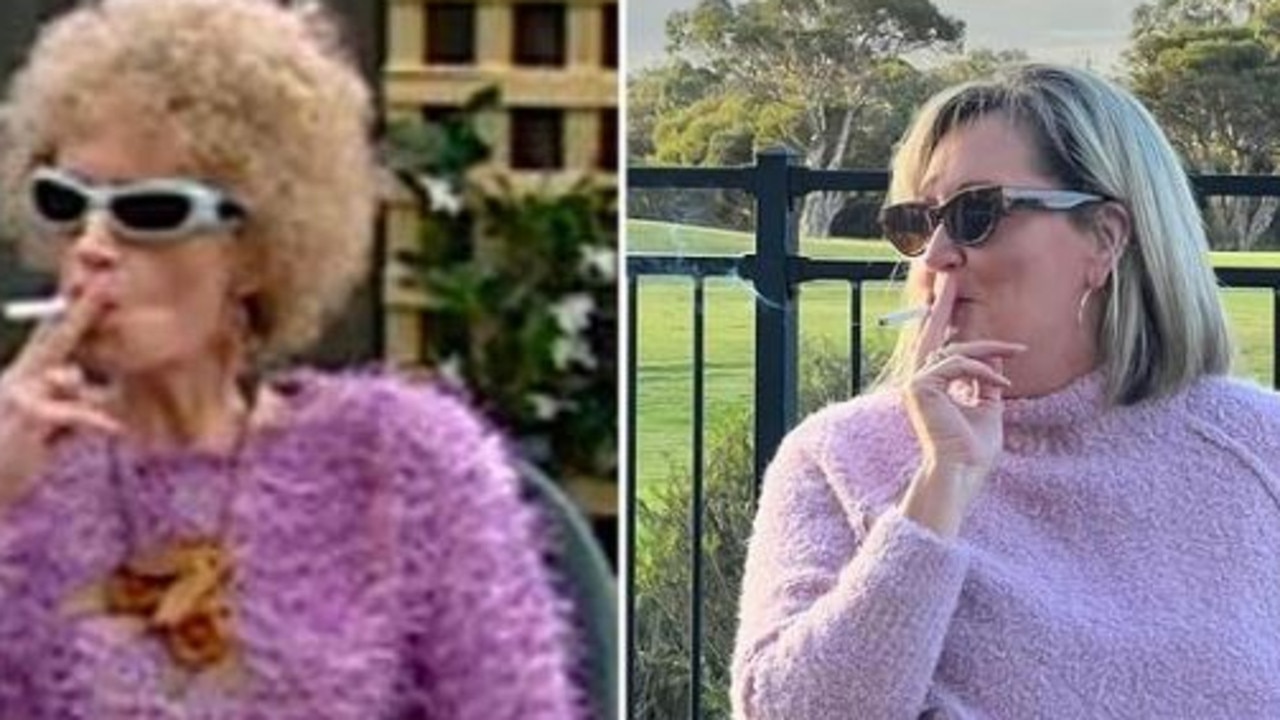 Loved ones of Kylie Bazzo waited anxiously for almost 24 hours before her body was found in waters near Creery Island at about 7pm on Sunday.

The 52-year-old was knocked into the water when the boat she was in collided with a pylon at about 10pm on Saturday night.

Friend Deborah Burdon was pulled from the water in the hours after the crash, but could not be revived.

Her husband John Burdon and another man, Mick Young survived the crash.

An investigation is underway into the circumstances which lead up to the crash. No charges have been laid.