Dramatic footage has emerged of the moment a police officer and security guard dragged a disabled woman off a train.

On Saturday evening, fellow passengers filmed the altercation between a woman in a wheelchair and police and security officers.

The footage shows the woman being forced off of the Adelaide Metro service and onto the platform.

“She’s disabled and you’re going to drag her like that?” a witness is heard asking. 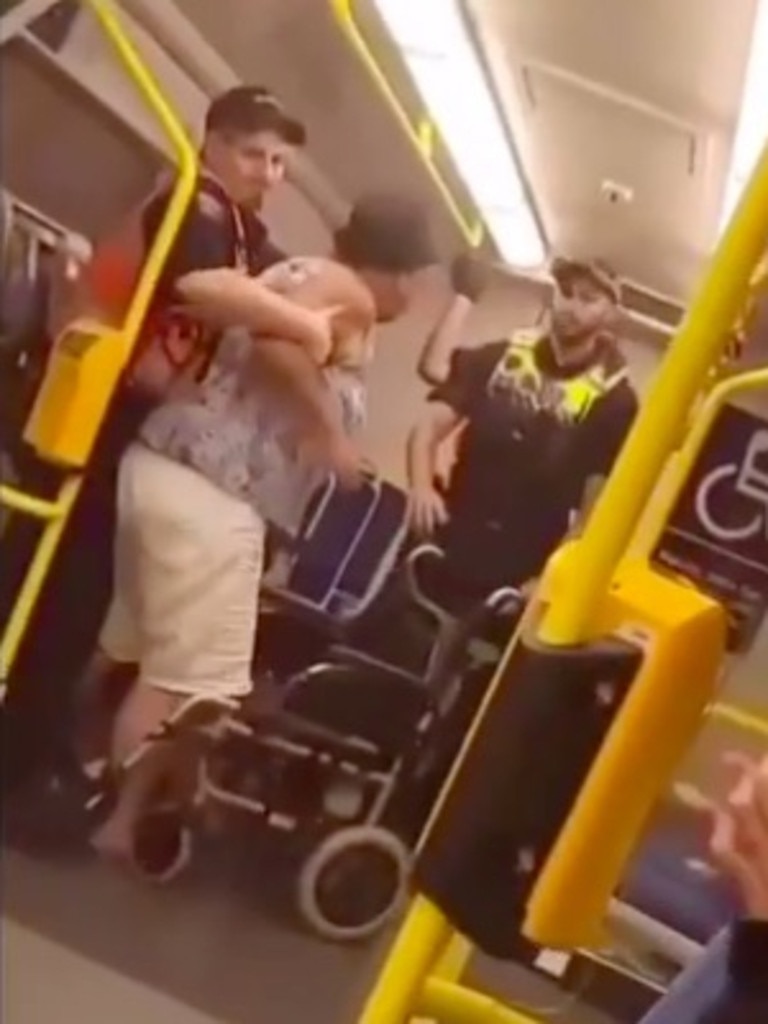 Footage has emerged as a disabled woman is dragged off an Adelaide train by SA Police. Picture: 7NEWS She is dragged off the train by security and police. Picture: 7NEWS

She is then sat on a bench on the platform, but pushes the officer away.

The officer appears to push her back before he holds her down on the bench.

In a statement, SA Police told NCA NewsWire patrols were called to the Adelaide Railway Station just before 9pm on Saturday evening following reports of a disturbance on the train.

“Two people on the train were smoking and forcing the train doors open, they were asked to leave by security however refused to get off,” the spokesperson said.

“Police attended and the pair still refused to get off the train and continued to act in a disorderly manner. 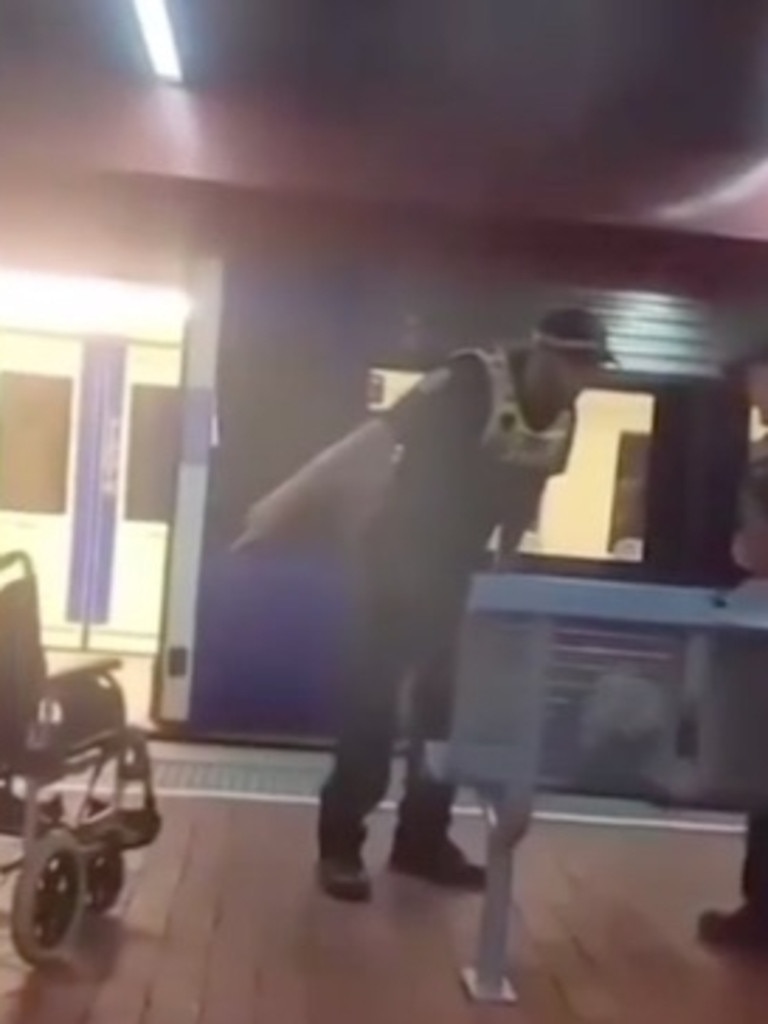 The officer speaks to her on the platform. Picture: 7NEWS 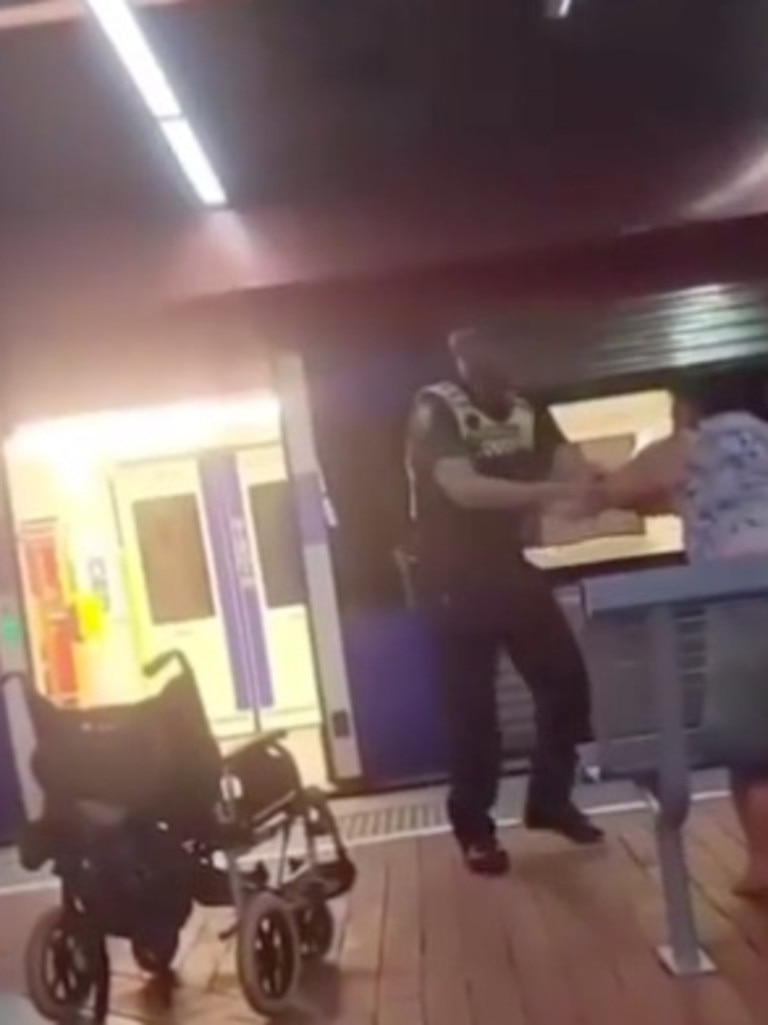 She is filmed pushing him, before he holds her on the bench. Picture: 7NEWS

“A police officer attempted to push the wheelchair off the train however the suspect stood up and pushed the officer in the chest.”

Police said the disabled woman, 47 from Ingle Farm, was issued with an adult caution for failing to comply with directions to leave a vehicle and resisting arrest.

A man, 43 from Ingle Farm, was arrested and was also issued a caution for failing to comply with directions to leave a vehicle.

SA Police say the actions of the officer was appropriate.

“The police officers body worn footage has been reviewed and we believe their actions were both appropriate and reasonable in response to this incident.”