A heatwave warning is in place for multiple Australian states amid a sweltering start to 2023.

In some states, severe heat warnings are colliding with flood warnings. 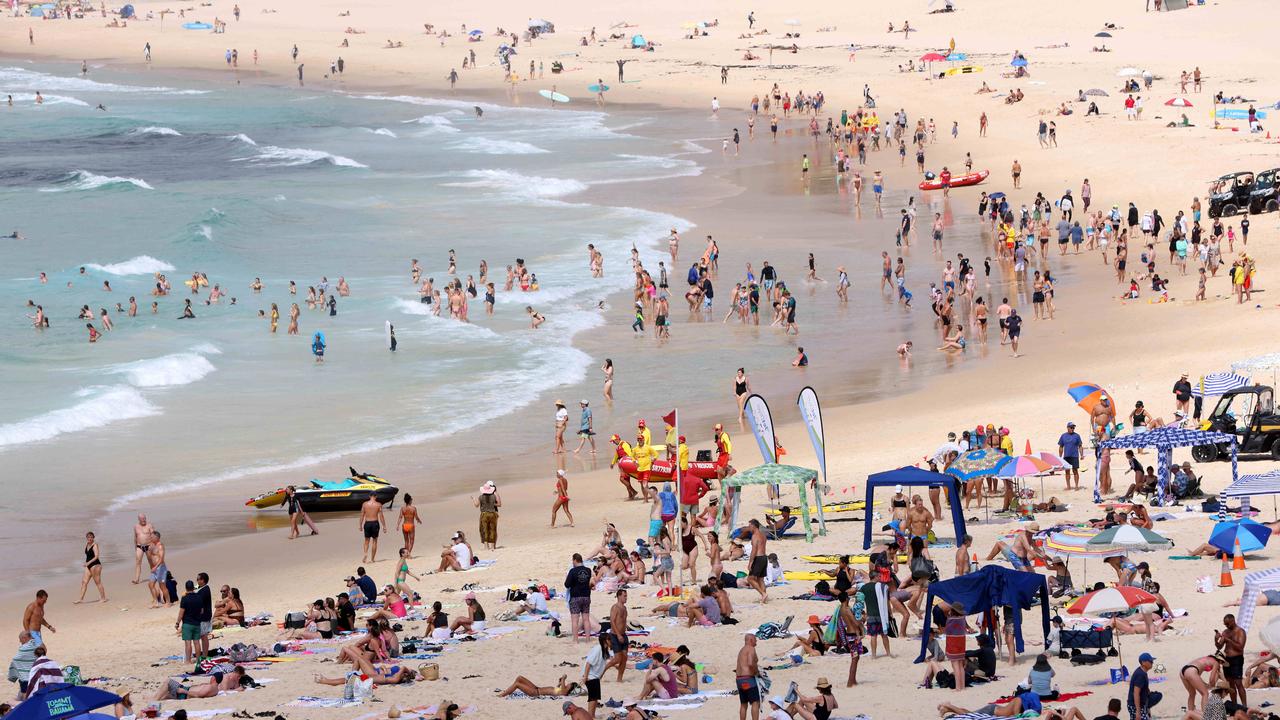 Extreme fire danger has been forecast in Mallee, where winds are expected to become gusty before picking up to 40km/h.

Temperatures in the high 30s to low 40s are possible, amid humidity high for most of the day.

However, gusty thunderstorms could arrive by the late afternoon on Monday, bringing with them a cool change, damaging winds and localised heavy falls.

It is no longer safe to return to Iraak Island, river side of Cootamundra Ave and the lower reaches of Edey Rd near the Murray River at Karadoc, and parts of Mildura.

A moderate to major flood warning was issued at Mildura and Wentworth on New Year’s Eve.

“Upstream, flood waters are causing prolonged flooding along the Murray and Edward Rivers,” the BOM said.

âš ï¸Severe Thunderstorms could produce flash flooding, damaging winds and large to giant hail.#Melbourne and #Hobart may be impacted.

Both the Murray River and Edward River are likely to remain above the minor flood level into early to mid-January.

Moderate to major flooding is taking place along the Darling River at Menindee, where river rises to the 1978 flood record level (10.7m) are possible from Thursday.

River levels are currently steady around the 10.20m mark, but are expected to remain high until mid-January.

Severe thunderstorms are possible over inland parts of southern and western NSW, the BOM reports.

#SevereThunderstorms are possible about inland parts of southern and western #NSW today. Large #hail, damaging #winds and heavy #rainfall are a risk with severe storms in the south. Damaging winds are a risk in the northwest: pic.twitter.com/kjEsA3IPNK

Cape York Peninsula is on flood watch as the monsoon trough extends on Monday, bringing river rises in isolated catchments.

In the 24 hours to 9am, several locations recorded between 65-135mm of rainfall.

Water catchments are already damp and rivers will respond quickly to further rainfall.

A severe heatwave warning remains for parts of southwest Queensland until Tuesday as temperatures soar to the low 40s.

Minimum overnight temperatures are expected to stay in the mid to late 20s.

A heatwave warning remains in place over most of northern Western Australia, with extreme conditions expected north of Geraldton by midweek.

Maximum temperatures will climb to the low to mid 40s, with overnight temperatures in the mid 20s to low 30s in the coming days.

A severe heatwave is expected in the northeastern corner of South Australia on Monday, with lower intensity conditions across the north of the state.

Maximum temperatures could reach the mid-to-low 40s in the northeast before easing midweek. 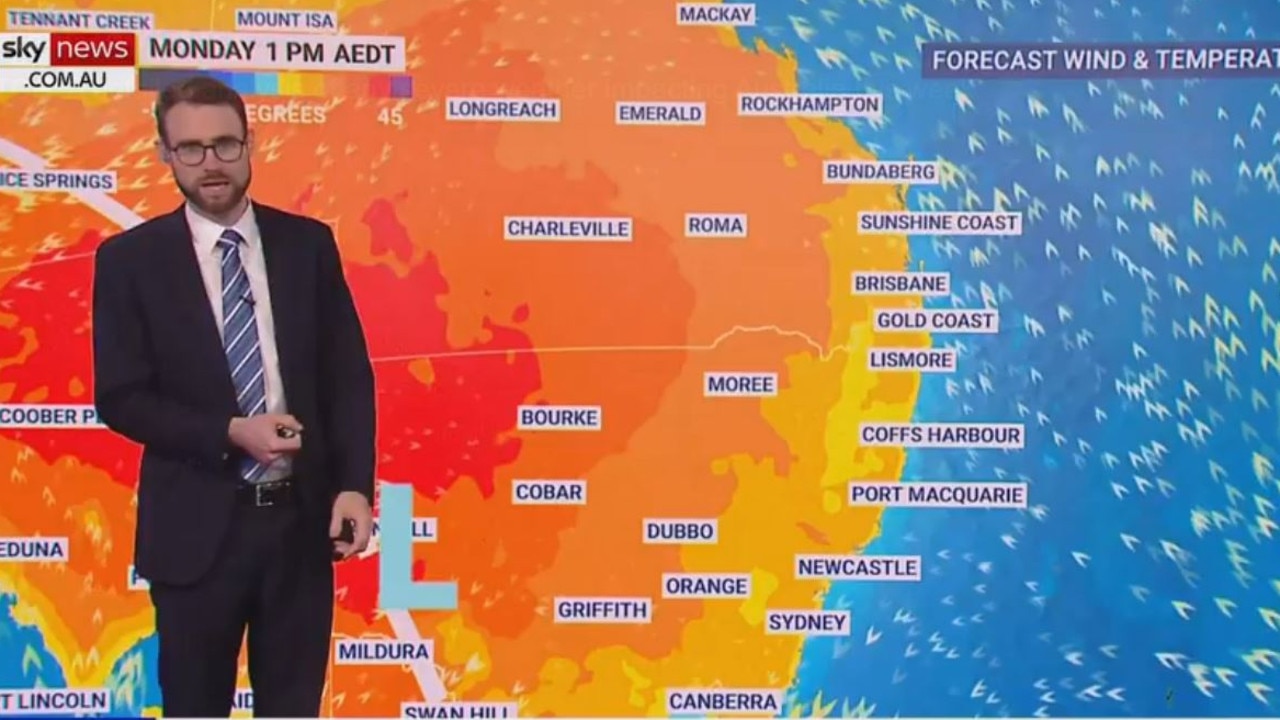 A heatwave warning is in place for multiple Australian states. Picture: Sky News

A heatwave warning remains in place for most of Tasmania on Monday, with severe conditions forecast for the southern tip near Hastings.

Temperatures will ease dramatically by Tuesday with a maximum of 16C returning to Hobart.

Meanwhile, a “vigorous monsoon flow” remains in place over the Timor Sea until Tuesday.

A risk of damaging wind gusts is forecast for the western Top End and the north coast with peak gusts of up to 100 km/h over parts of Daly, Tiwi, Arnhem and Gregory districts.

This threat is forecast to ease over northeastern parts of the Arnhem district late on Monday afternoon.

A damaging surf warning is also in place for the Top End coast including Darwin, Nhulunbuy, Jabiru, Maningrida, Wadeye, Wurrumiyanga and Nauiyu.

A moderate flood warning has been issued for the lower Murrumbidgee River at Balranald.

The Murrumbidgee River at Balranald Weir Downstream has fallen below the major flood level and is currently at 7.0 8m and steady, with moderate flooding.