An angler and a kayaker seem to have ruined each other’s day with an epic tangle on Sydney Harbour.

The viral footage, posted to TikTok by an angler who goes by the username Spinking, shows the moment a fisherman gets his line caught on a kayaker – so begins to reel the man in, hoping the move will allow him to retrieve his fishing gear.

“I’m not going to be able to get it off – it’s hooked at the back,” the kayaker yells to the fisherman on the wharf.

“I’ve got some expensive gear on there,” the fisherman responds. 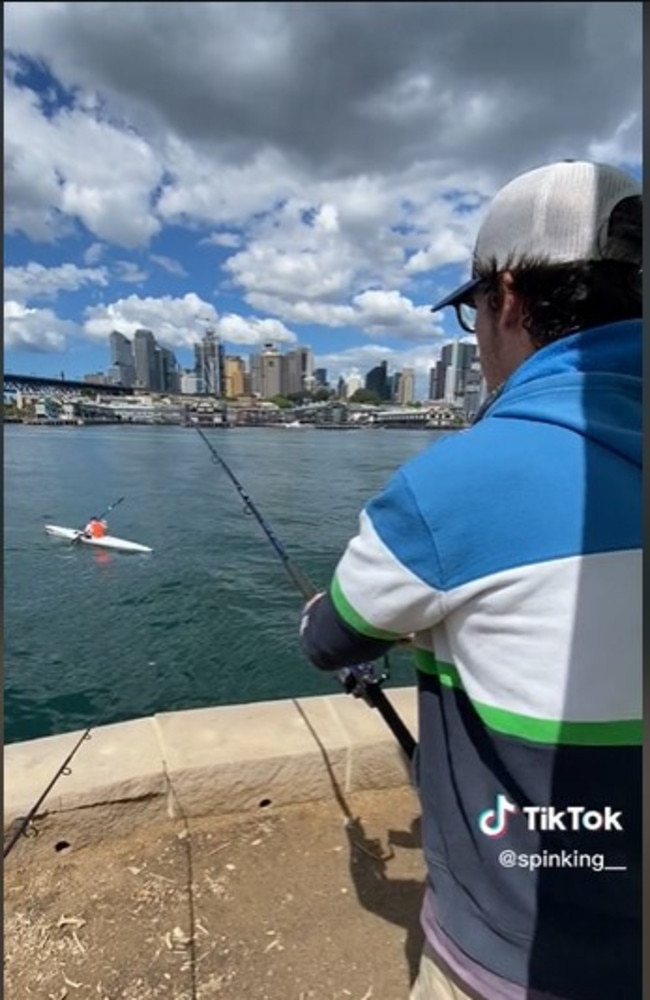 An angler has hooked a kayaker on Sydney Harbour in wild scenes. Picture: TikTok/@spinking__

After a few more reels, the kayaker is meters away from the harbour’s edge.

But that doesn’t stop the angler, who keeps winding as the kayaker falls into the water.

In the end, it appears all in vain.

Having now gone viral on TikTok and Instagram, the court of public opinion quickly began its trial. 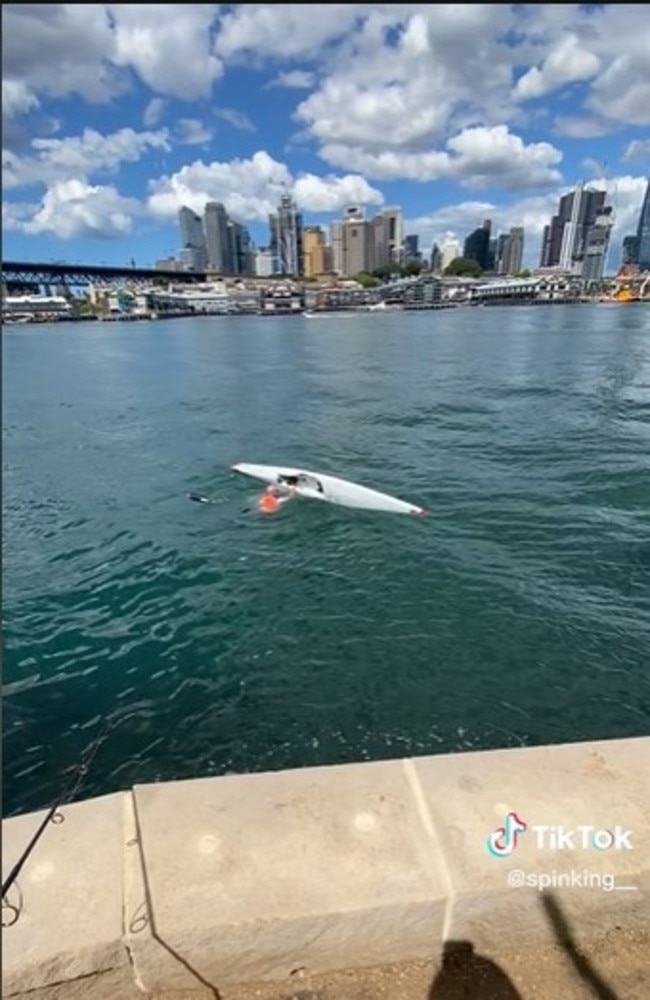 The kayaker was eventually tipped into the water. Picture: TikTok/@spinking__

“A bit of a flop move. Have some patience,” one person said, suggesting the angler was unreasonably hasty in retrieving his tackle.

“Looks like a lot of water to float your boat down. I wouldn’t choose in front of the fisherman myself. Bet he’s taking a shortcut and sooking about it,” another wrote.

“Cyclist of the ocean. They see your line out, yet still come in close, and when they get your line, it’s your fault,” another less sympathetic commenter said.

Plenty of others simply saw the hilarious side. 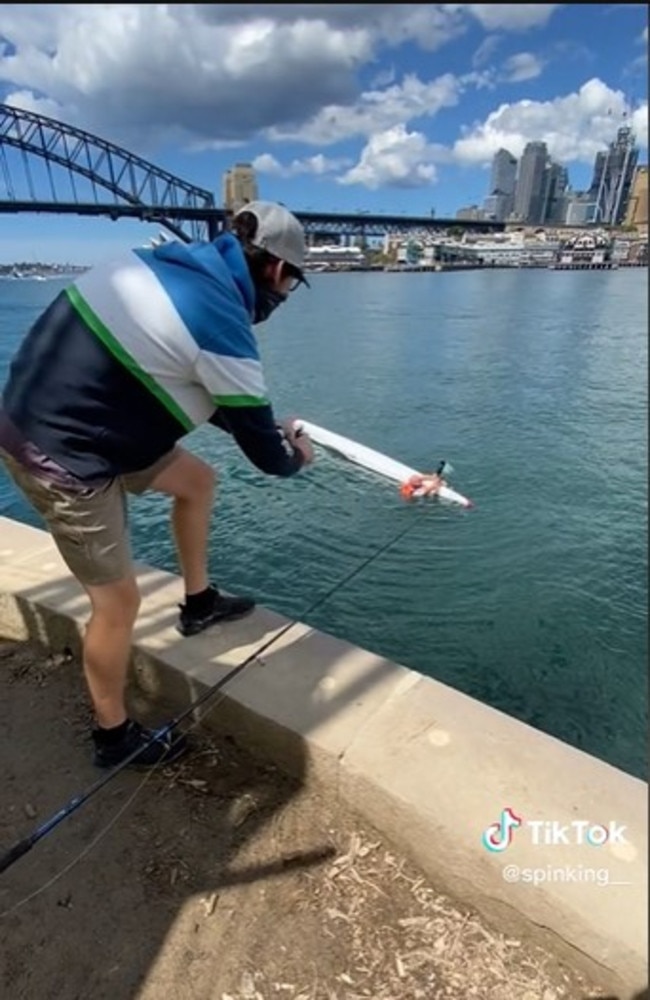 After all that – the angler ended up cutting his line. Picture: TikTok/@spinking__

“I would have been crying from laughter if I was in that kayak,” one said.

“I’d be on the floor after he flipped,” another said.

The NSW Government’s Paddle Safety On Sydney Harbour brochure recommends paddlers in the waterway “stay close to the shoreline.”

Much of the area where the footage is purportedly filmed is prohibited to kayakers in the centre of the channel.