An investigation is underway into why fifty drones plummeted out of the sky in front of an audience of thousands at a Christmas light show.

Thousands flocked to the Swan river waterfront overnight to watch 500 lit up drones dance across the city skyline as part of the City of Light Christmas show.

Though the glittering spectacle over Elizabeth Quay soon took a turn when onlookers began to notice specks of light falling from the sky.

Vision of the event shows the drones forming various Christmas-themed shapes come form over the night sky before drones begin plummeting into the water below.

“See ya,” one person can be heard saying as the expensive equipment falls. 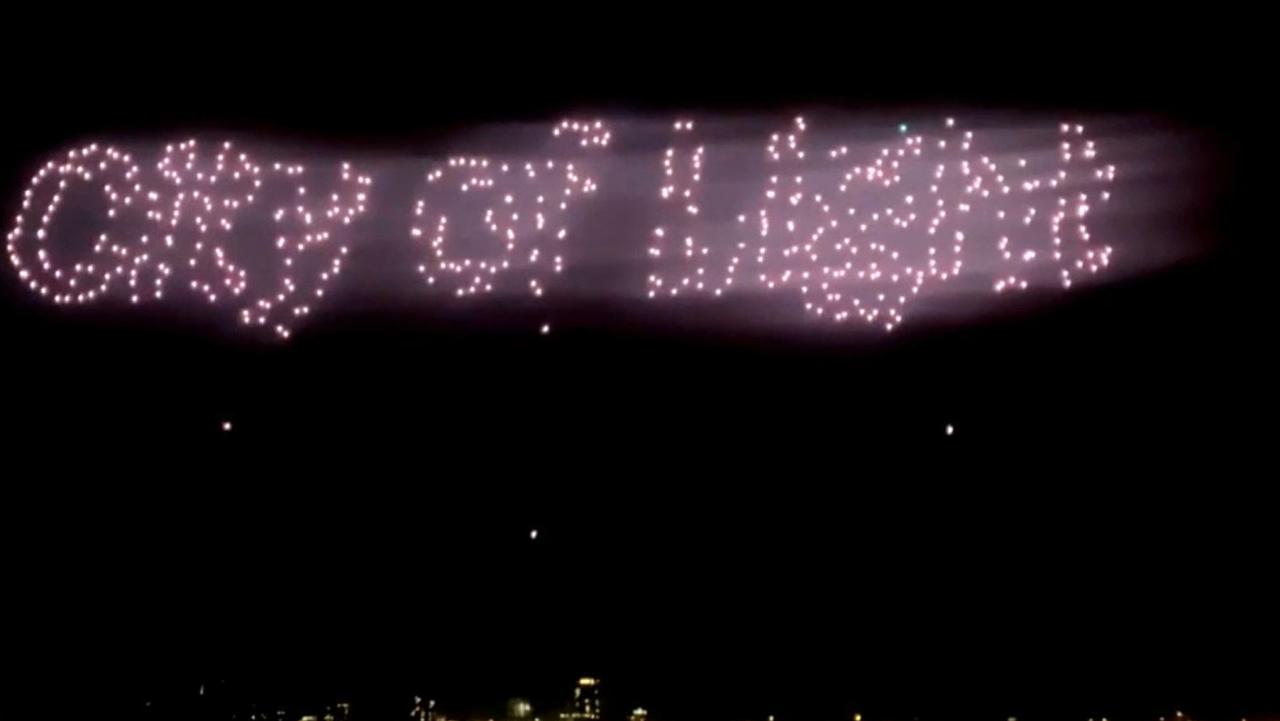 Drone Sky Show managing director Joshua Van Ross admitted he teamed up a bit considering the cost of the malfunction.

“I did cry a little bit last night, I am trying not to think about it … but it was an expensive show for us,” he told WA Today.

An internal investigation is under way to figure out what happened with GPS interference among the possible causes.

“If there is any wind interference drones do hit each other, that does happen, propellers snap, there are things that go wrong … two to three drones [falling] per show is actually normal … last night was not normal,” Mr Van Ross said. 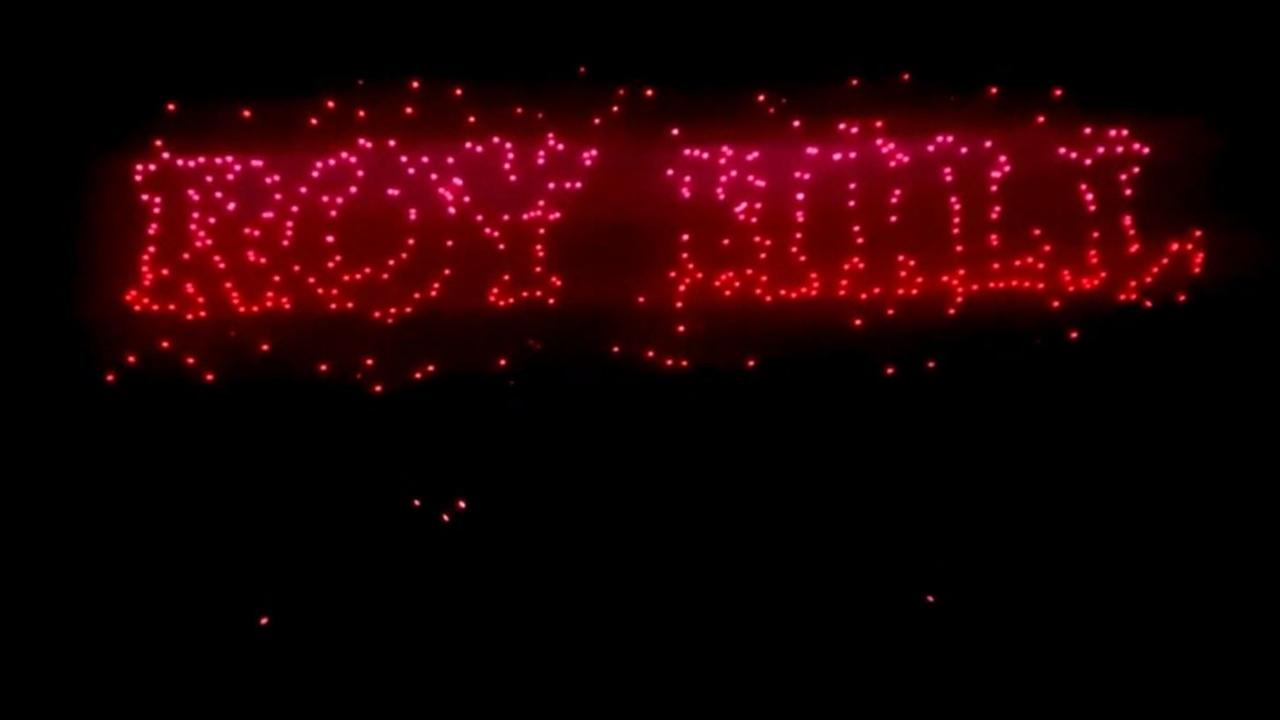 An exclusion zone of 120-metres between the drones and onlookers meant that no one was in danger during the technology failure.

Divers were on Monday were attempting to retrieve the devices.

Audience members took to social media to share their reactions to the spectacle.

“Gosh imagine if they were placed over a crowd of people,” one Facebook user wrote.

“Oops … forgot to charge them …,” one person joked. 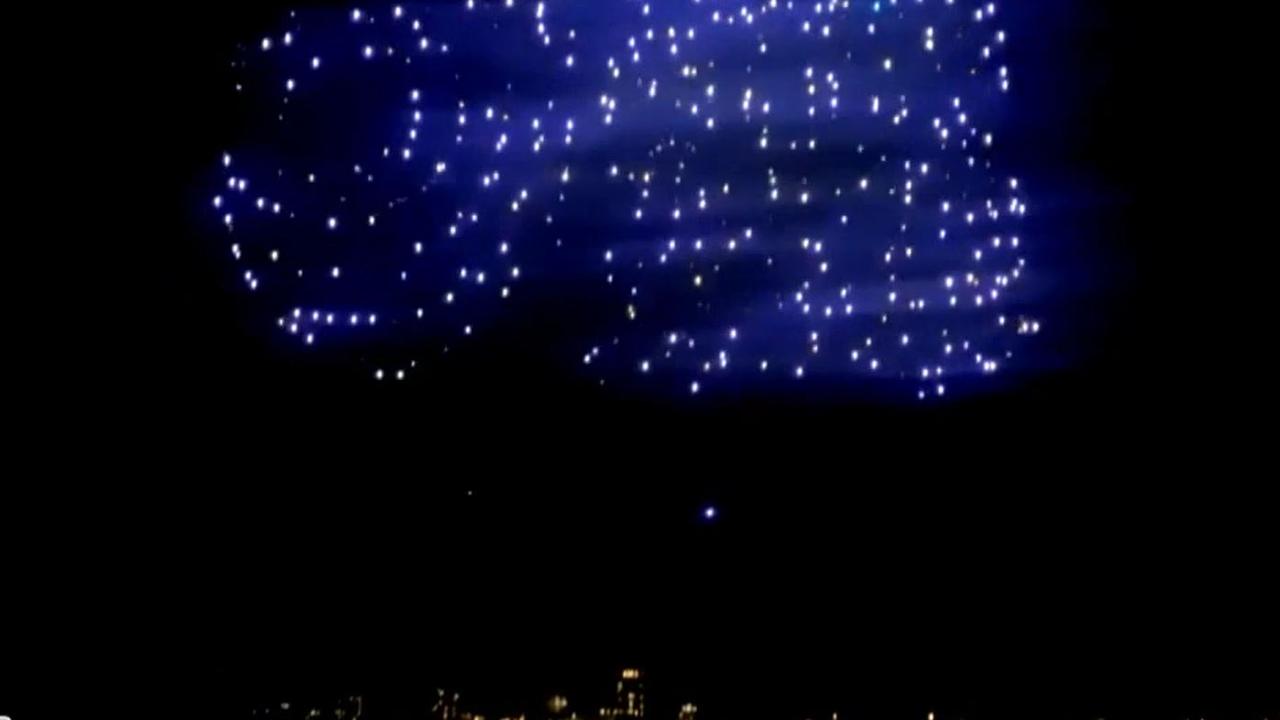 The drone company is investigating whether GPS interference was the cause. Picture: Nine News

Some said they preferred more traditional light displays and pleaded to bring back fireworks.

“Booooo bring back fire works more off a spectacle,” one user commented.

“Drones are a bit boring. Only lights, fireworks way better … Sounds, smell and a good show,” another said.

City of Perth Lord Mayor Basil Zempilas has confirmed that ratepayers will not have to foot the bill for the light show.

All future planned shows have been postponed until an incident review has been completed.