The fallout from ex-tropical cyclone Ellie is “far from over” as it moves east across the country, according to meteorologists.

The focus of the weather system has moved on from northern WA, where record-breaking flooding is continuing along the Fitzroy River, with rainfall now easing in flood-hit areas including Fitzroy Crossing, Noonkanbah and Willare.

River levels have now fallen below major flood levels at Fitzroy Crossing but continue to rise at Willare, with the Bureau of Meteorology tipping the Fitzroy to reach a peak of around 11m at Willare on Monday. 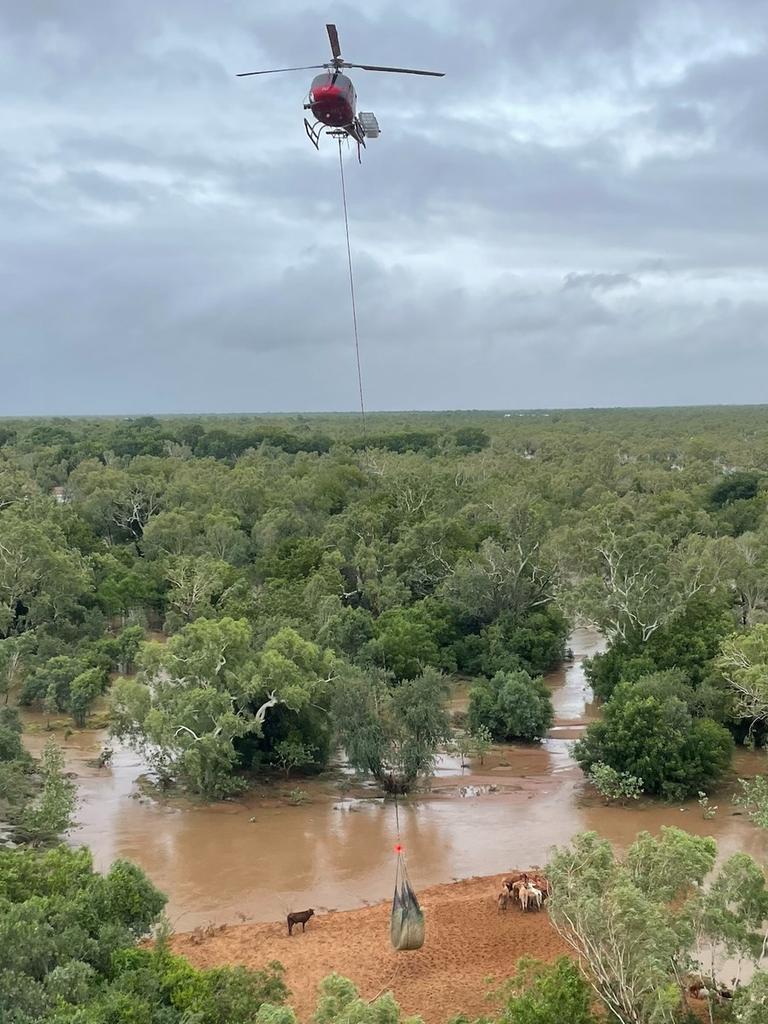 “Warm tropical oceans to our northeast are also helping to trigger the next round of heavy rainfall across the sunshine state,” Ms Osborne said.

The system should reach Queensland’s coast on Wednesday and linger until at least the end of the weekend, with up to 60mm forecast for Mackay and Cairns across Friday and Saturday. 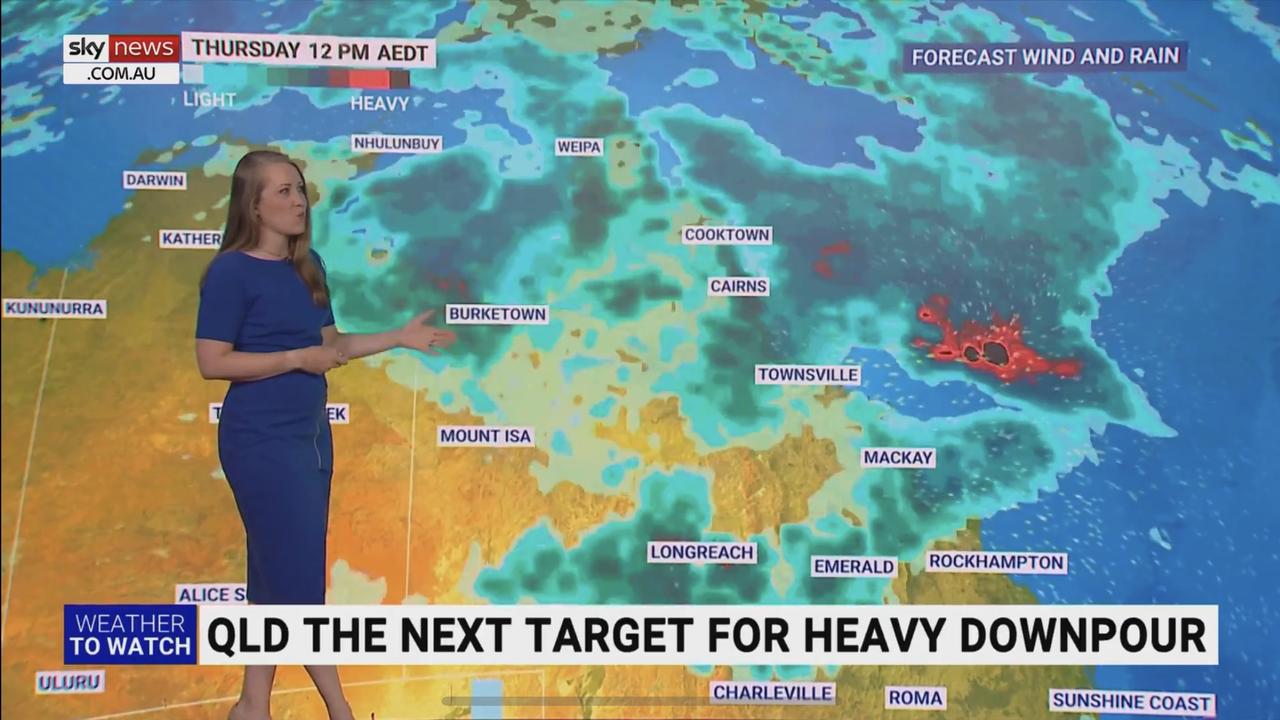 Rainfall of up to 100mm could hit Mt Isa, Ms Osborne said.

Brisbane residents appear likely to avoid any wild weather from Ellie, and after a possible shower on Sunday, will enjoy a dry week with temperatures in the high 20s and low 30s before a medium chance of showers on Friday and Saturday.

A dry day in Sydney could see a result on the final day of the cricket at the SCG, while temperatures in the mid-to-high 20s will persist throughout the week, with possible showers on Friday and Saturday. 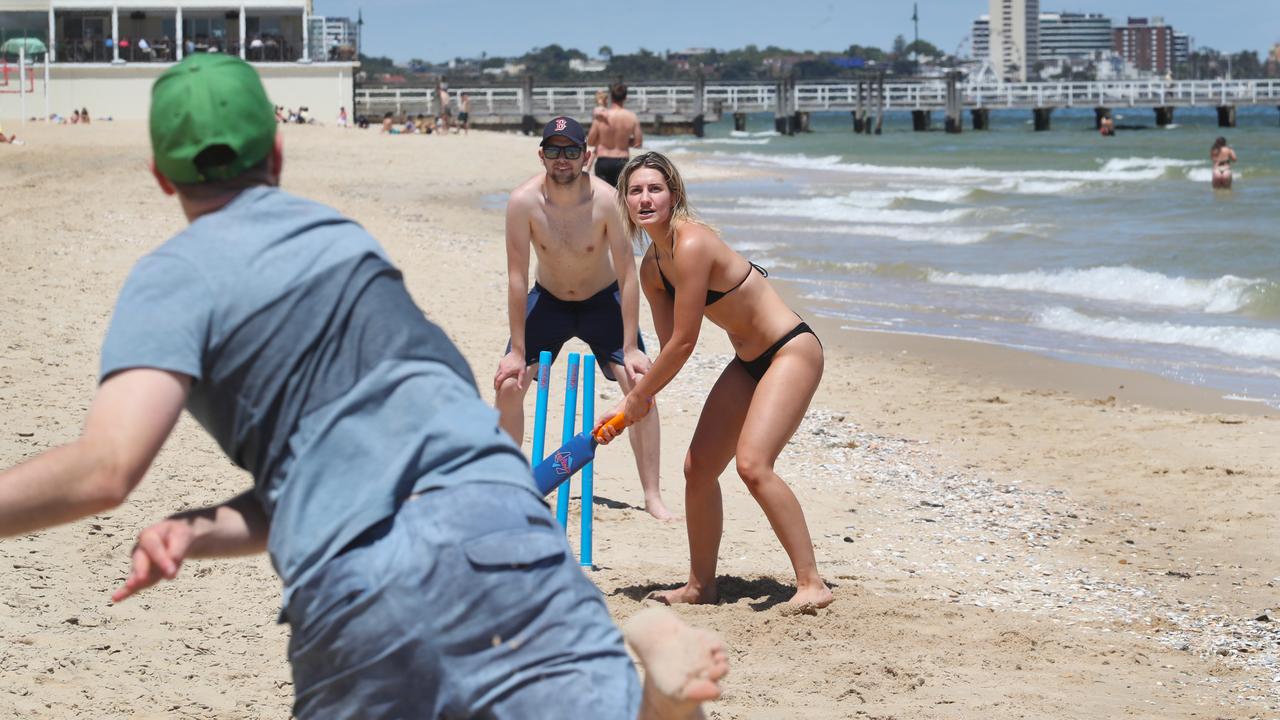 Holidaymakers have been enjoying warm weather on the beaches of Victoria, South Australia and Tasmania. Picture: NCA NewsWire / David Crosling

It will be even warmer in Canberra, with two beautiful sunny days of 27C and 32 C on Sunday and Monday and a warm week ahead, before showers and thunderstorms become a chance on Thursday evening and through the weekend.

The Bureau has forecast a warm and sunny week in Melbourne, with a slight cool change on Monday night leading to a maximum temperature of only 24C on Tuesday and a slight chance of showers.

The mercury will rise to 31C on Wednesday in the Victorian capital, with conditions remaining warm and dry from then until at least Saturday. 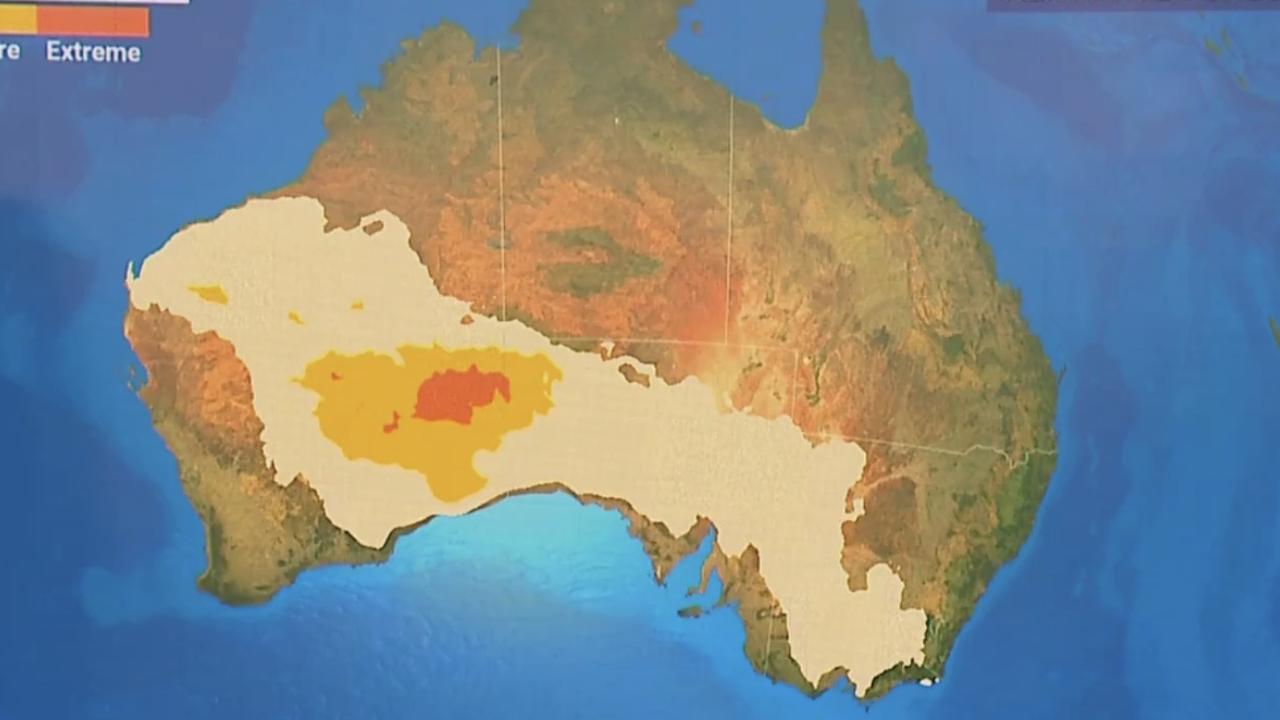 Southeast Western Australia will be blasted by a “low intensity” heatwave stretching across almost all of southern Australia. Picture: Sky News Weather

South Australians could be in for a few days of “yo-yoing heat”, Ms Osborne said, as a low intensity heatwave could be established in the middle of the week.

The broad high pressure system could cause scorching temperatures in WA and inland South Australia, and spread as far across to the east as Melbourne.

Tasmanians will miss the effects of the high pressure system, with the temperature slumping to 19C on Tuesday before partially cloudy days with temperatures in the mid 20s are expected through to the weekend. 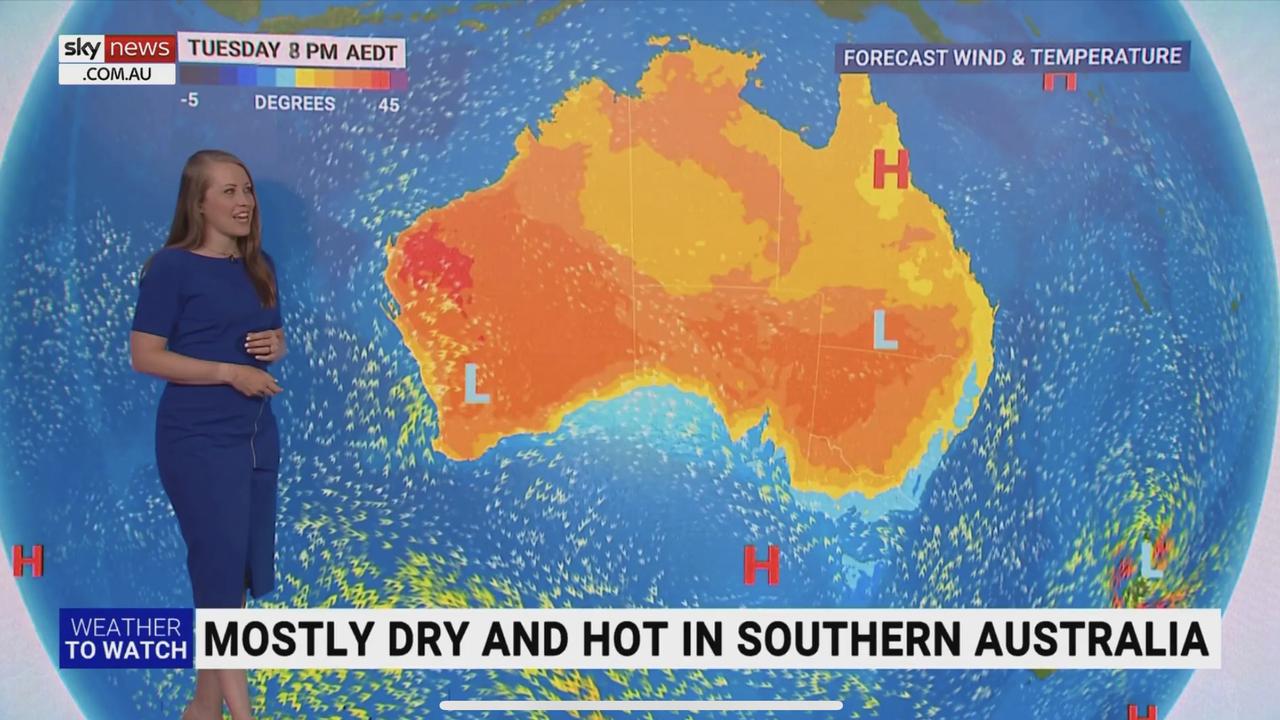 Inland parts of Australia will be blasted with typically intense summer heat during next week. Picture: Sky News Weather

Perth’s hottest days for the week will be Monday (37C) and Tuesday (36C), with a high fire danger warning currently in place for the Swan Coastal North and South and Swan Inland North and South forecasting districts.

The temperature will ease back to 27C on Wednesday before three sunny 30C days into the weekend.

Classic tropical January weather will continue in Darwin, with possible storms and highs of 32C on Sunday and Monday, and similar weather for the remainder of the week, with a best chance of conditions remaining dry on Tuesday and Wednesday.