The cause of a putrid smell coming from a tenant’s bedroom has been discovered by his disgusted landlord, who evicted him after a series of problems boiled over.

Countless filthy plates, bowls, mugs and cutlery items had been piled high on his desk and stuffed into just about every drawer in the room, but that wasn’t even the worst of it. 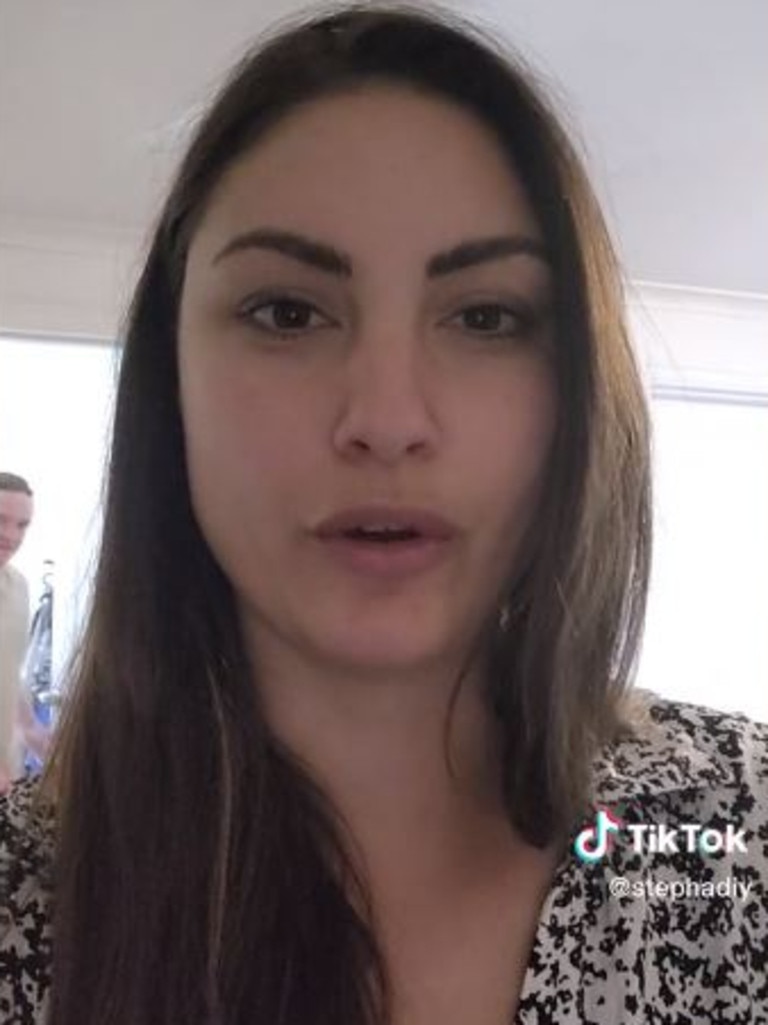 Steph was repulsed at what she found. Picture: TikTok/stephadiy 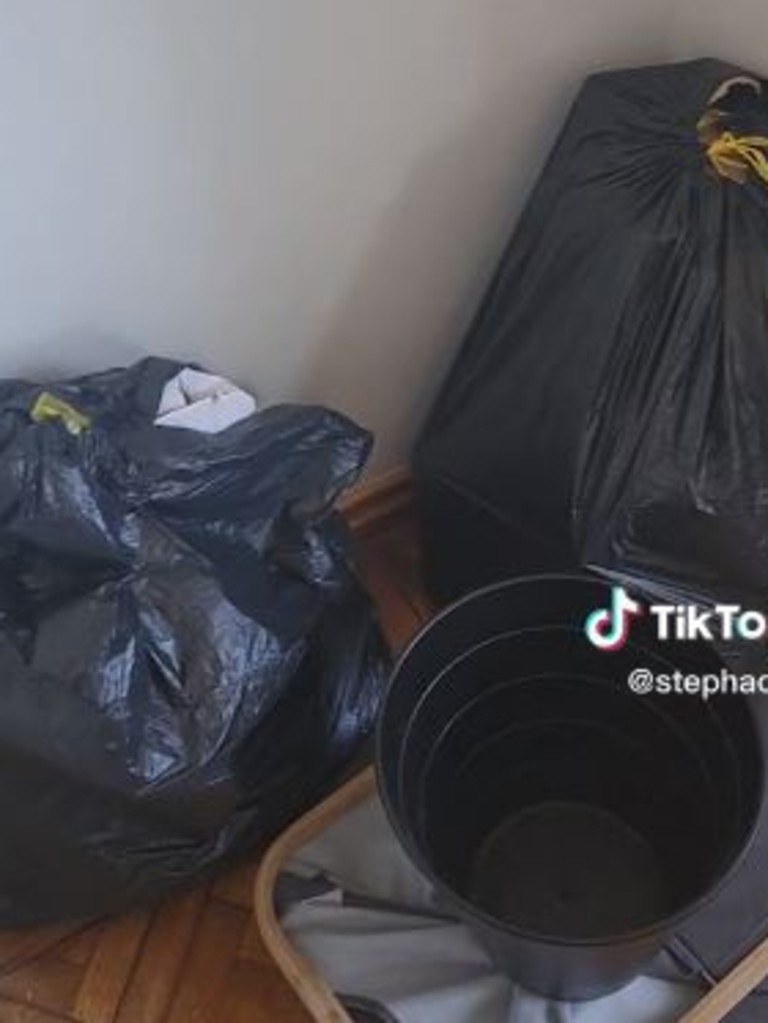 In several bundles throughout the room were also old food delivery bags, with a cupboard normally used for clothing hosting remnants of dozens of fast food takeaway orders.

“Oh there’s all the plates,” Steph said as she opened a draw that had been stuffed with rubbish and dirty dishes.

Even the two drawers in the bedside table had become dumping grounds for filthy crockery, while its top surface – caked in grime – held dirty drinking vessels.

Ahead of entering the destroyed room, Steph told viewers she has “had some issues with this tenant” and “had to kick him out”.

“I’ve had complaints from the other tenants but also there’s been a really bad smell coming from this room for a while now,” she said, captioning the video: “Gross, disgusting, how do people live like this?”

Of the hundreds to respond, few could understand how one person could keep their bedroom in such a disastrous state. 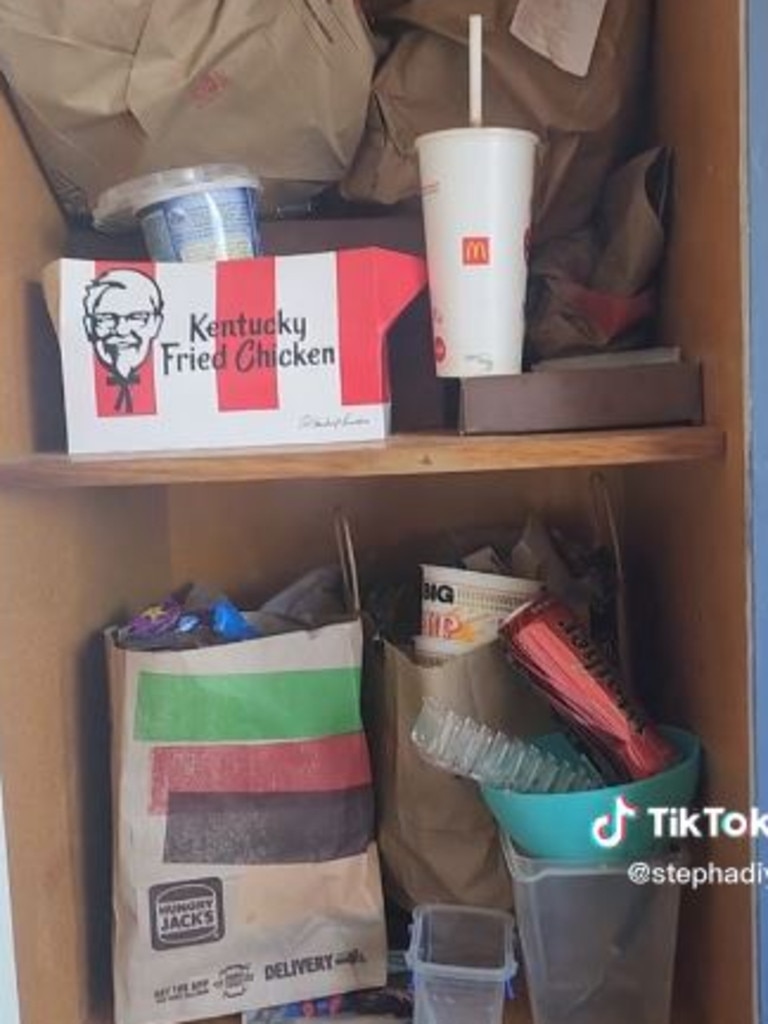 He had piled rubbish into the cupboards. Picture: TikTok/stephadiy Every drawer was filled with dirty dishes. Picture: TikTok/stephadiy

“That’s disgusting, I’d be charging a cleaning fee,” someone said.

“OMG! Who puts dirty plates INSIDE DRAWERS?” another said.

Others took a more empathetic stance, saying the tenant possibly was struggling with poor mental health.

“They’re either not in a good place or just a scruff. Unfortunately unless you take the time to talk to them you won’t ever know,” one wrote.

“Me being the kind headed person I am and wondering how bad they were mentally to leave it like this. Like what was their internal struggle?” another wrote.