Unlike older generations, Gen Z workers are rallying against the idea of needing to go above and beyond in their jobs in order to succeed.

Instead, younger workers are much more focused on creating a healthy life balance – a move that has been frowned upon by the older generations and often branded “lazy”.

Quiet quitting is one of the trends that has gained momentum off the back of this shift in mentality, with people encouraged to only perform the duties outlined in their job and shrug off pressure to go above and beyond in their role.

Now, the “act your wage” trend is sweeping through offices, with young employees being encouraged to only perform the work they are being paid for.

For example, if you are being paid minimum wage, then you should be putting in the minimum effort required to do your job.

The trend is similar to quiet quitting in the sense that it is all centred around encouraging young people to set healthy boundaries at work and not unnecessarily exert themselves past what is required in their job description.

Social media, particularly TikTok, is filled with videos of creators explaining the act your wage trend and encouraging young people to get on board with the concept.

Younger workers are being encouraged by these content creators to do things such as “respectfully” declining taking on extra work if they are not going to be compensated financially.

In one popular video on the subject, a TikTok user aims to teach viewers how “to not overextend yourself for a job that doesn’t care about you or pay you enough”.

“Always remember that the amount you are getting paid does reflect the amount of work you put in,” she said.

Other videos claimed that doing extra work to gain “visibility” within a company does not pay the bills, noting that if employers want people to work harder then they need to “pay them better”.

Another TikTok user explained that ‘acting your wage’ does not mean the worker should be committing any kind of fireable offence like not completing their work. 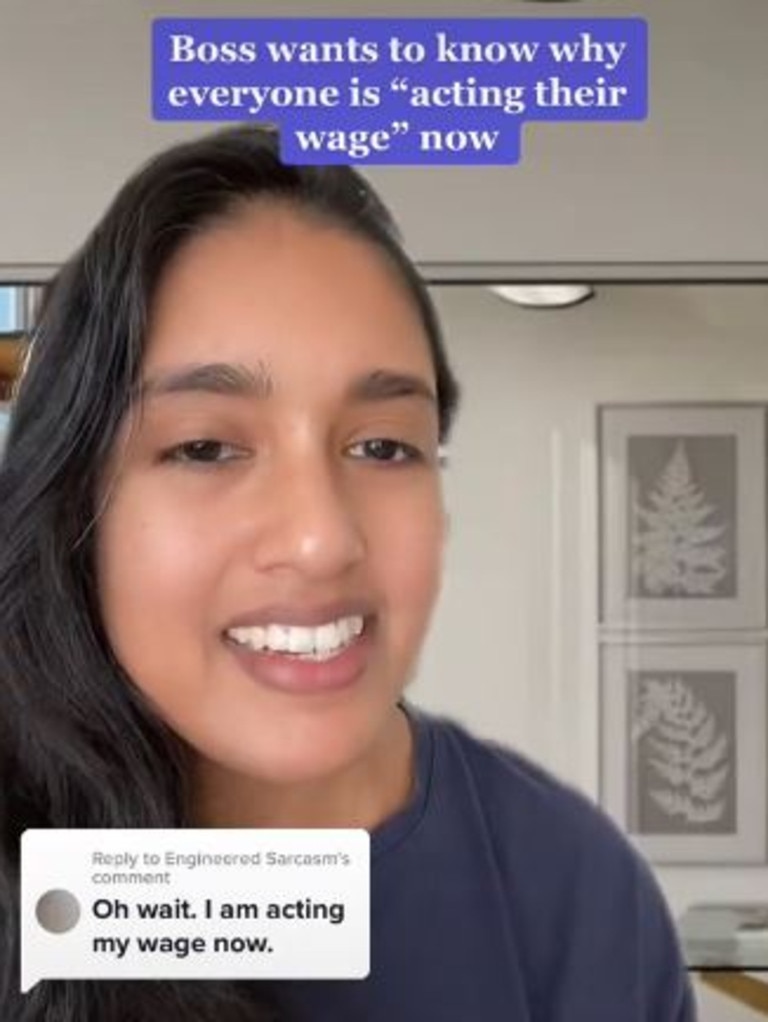 There are dozens of videos on TikTok promoting the ‘act your wage trend’. Picture: jareenimam/TikTok 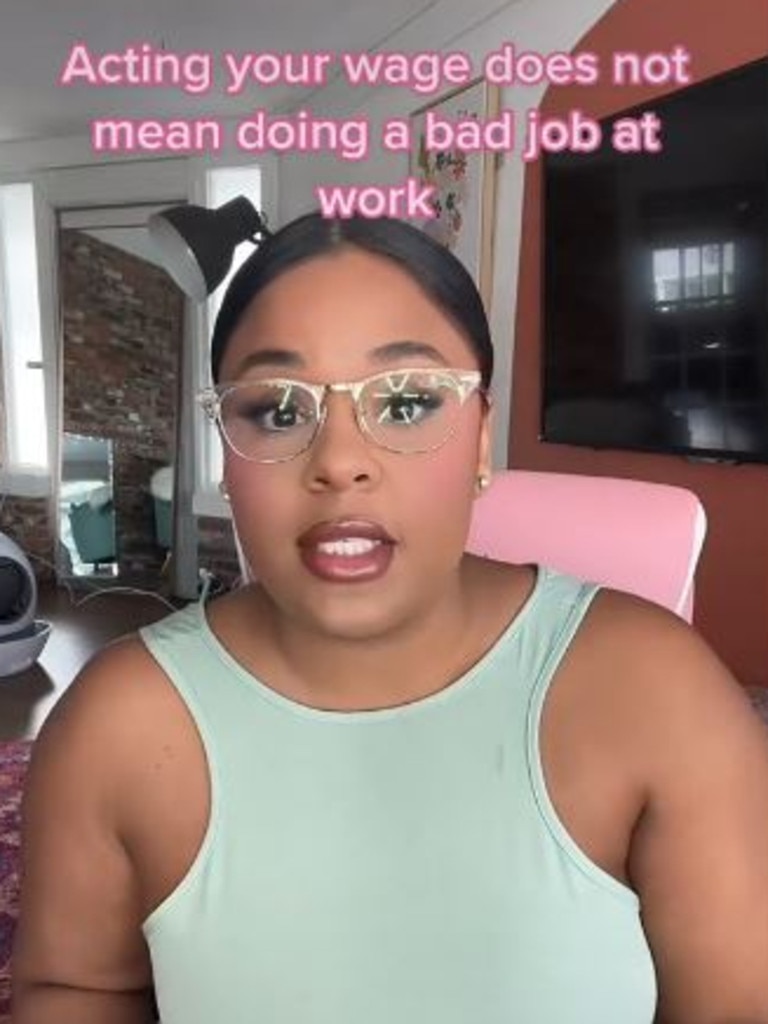 One user explained that the trend meant doing the bare minimum by only completing your job requirements and nothing more. Picture: maddiemacho0o/TikTok

Instead, they should be doing the “bare minimum” by only completing the requirements set out in their job description.

“So at no point do I want ya’ll to get fired, I want ya’ll to just stop caring so much about work that it stresses you out and it causes you unhealthy mental days,” the TikToker said.

“Stop doing that, but you have still got to meet that bare minimum bar. That’s it.”

Do you have an opinion on the ‘act your wage’ trend? [email protected]

However, young workers have been warned this advice could be harmful if they wish to thrive in their career.

Jack Delosa, multi-millionaire entrepreneur and founder of The Entourage, said the acting your wage trend is for “people who want to go nowhere, fast”.

He told news.com.au that, while this trend may seem fine on the surface, it becomes a problem when young workers start feeling “entitled” to a certain salary or role because they are ambitious in their career.

Mr Delosa said simply fulfilling the duties of your role is not enough to differentiate you from the pack and make you stand out to your employer.

“Anybody that is fulfilling the responsibilities and meeting the targets of their role should be recognised and rewarded for that,” Mr Delosa said.

“The people that I speak to in my content are those who want to progress their career and differentiate themselves. In this instance, for those who want to break free of the pack, they will need to go above and beyond.” 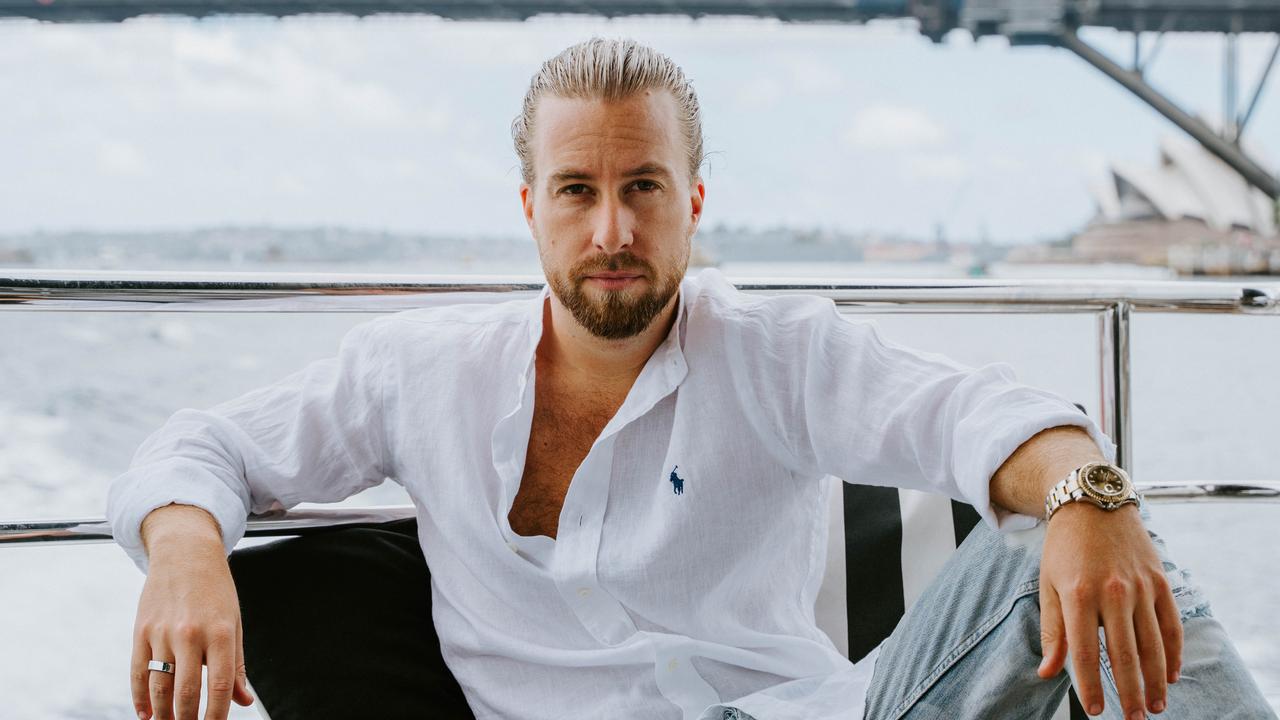 Jack Delosa has warned that following this new trend could actually be doing more harm than good to young people’s careers. Picture: Supplied

For those who wants to progress faster than their peers and build a successful career, this new workplace trend likely isn’t going to help them, he said.

That is not to say that workers shouldn’t be finding balance in their home and work lives, with Mr Delosa saying the fact that so many young people are recognising that there is more than life than just work is “hugely positive”.

“This ideal goes too far when someone who is ambitious in their career, feels entitled to a certain level of role and salary,” he said.

“The reality is we live in a free market and it is often those who are willing to work for it who will go further than others.

“This isn’t to say that they can’t or shouldn’t have a life outside of work, just that when it comes to their career, particularly when they’re young, they should apply themselves.”

For those who want to find the right work-life harmony, they are encouraged to figure out what they want in life and build their career and life around that.

“If you’re someone that does want a hugely successful career, it actually helps to value the other aspects of life because being a fully developed, healthy, multidimensional person, will make you more effective at work,” Mr Delosa said.

He said the solution ultimately lies in learning how to set healthy boundaries and finding a win-win situation for both you and your employer.

Mr Delosa commented that in order to remain healthy and workable, these boundaries need to take into consideration the perspective and needs of the other, noting there is a difference between asserting boundaries and making one-sided demands.