An iconic wedding photo location on the Sunshine Coast will no longer be accessible to the public after more than two decades.

The Woods family – the owners of Maleny’s One Tree Hill property – accept a $50 donation for charity via an honesty-box system from those wanting to get special shots at the spot, which has a single tree and has views of the Glass House Mountains.

The donations are given to local groups and organisations including The Men’s Shed, the Maleny Historical Society, Busy Needles, Maleny Senior Citizens, the Naval Cadets and the Maleny Show Society, and over the years, more than $50,000 has been raised.

But after more than a quarter of a century, it is all due to end on February 1, due to a reported stoush with the council.

A Sunshine Coast Council spokesperson told news.com.au in a statement the dispute dated back to 2021, when a complaint was first raised. 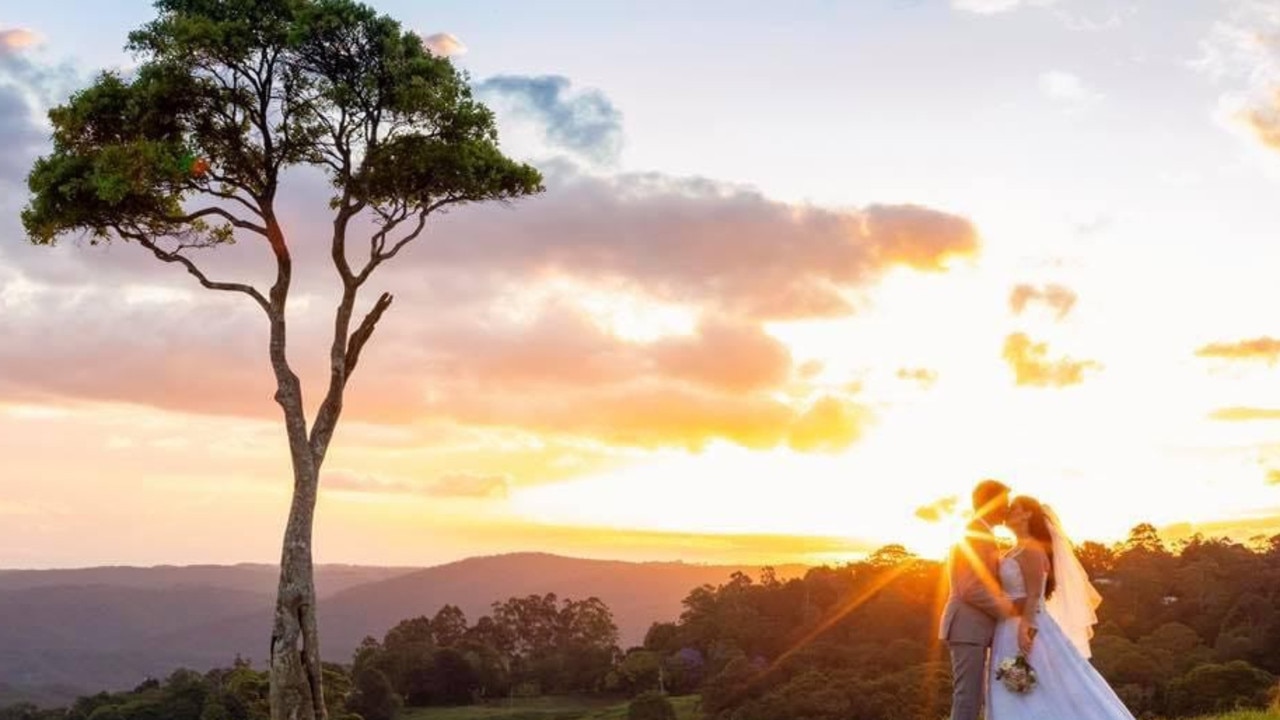 The location is being shut down after featuring in countless beautiful wedding snaps over the decades.

“On both occasions council officers have written to the owner of the property informing them that the use of this property for a function facility is unlawful and a development permit must be sought before the use can lawfully operate on this property.”

However, her son Francis Woods told the ABC he did not know of any wedding ceremonies taking place near One Tree Hill.

“We received a letter from the council that says we’re in breach because we’re a rural property, so obviously not a commercial business,” Mr Woods told the ABC.

“No fine has been issued yet … it was a threat.”

It is understood that while the council did not force the closure, the family decided to pull the pin in the wake of the complaints, with an official announcement made on the One Tree Hill Maleny Farm Facebook page last week.

It was flooded with comments from locals and couples who had previously had their wedding photographs taken at the stunning site, with many thanking the family for their generosity in sharing the spot.

Meanwhile, others hit out at the “lack of respect that has been occurring” that sparked the closure, implying that some couples may have broken the rules to hold their ceremonies at the location.

“Always a few that wants to ruin everything for others,” one person wrote, while another added: “Shame all it took to close One Tree Hill was a small minority complaining to the council about people getting married during Covid”.

Hinterland Tourism’s media adviser Marlene Murray told news.com.au that the Woods family had gone above and beyond to give back to their community and to help couples capture their special day.

“If people are having ceremonies there, then they really let everyone down,” she said.

“It’s a really sad situation, the family was always just trying to be helpful, allowing photos to be taken with couples leaving a donation for charity – it was a very simple, easy formula that worked for 25 years.

“The money went to so many community causes, and the tradition is gone now – that’s what everyone’s sad about. But of course when you look at both sides, the council has to look at complaints as well.”

Ms Murray said One Tree Hill farm had helped cement Maleny as a top tier wedding destination, but that the local wedding industry would continue to boom despite the closure.

He told news.com.au that Mrs Woods was a very charitable person who was devoted to helping her local community, and that the decision was a big blow to the area.

“She’s just absolutely gorgeous. My couples would write her thank you cards and hand them to her.,” he said, adding it was “really, really sad” that it has come to an end.

“Couples wanted to make the donation and have photos there because they felt like they were contributing to charities and they wanted to be a part of that.” 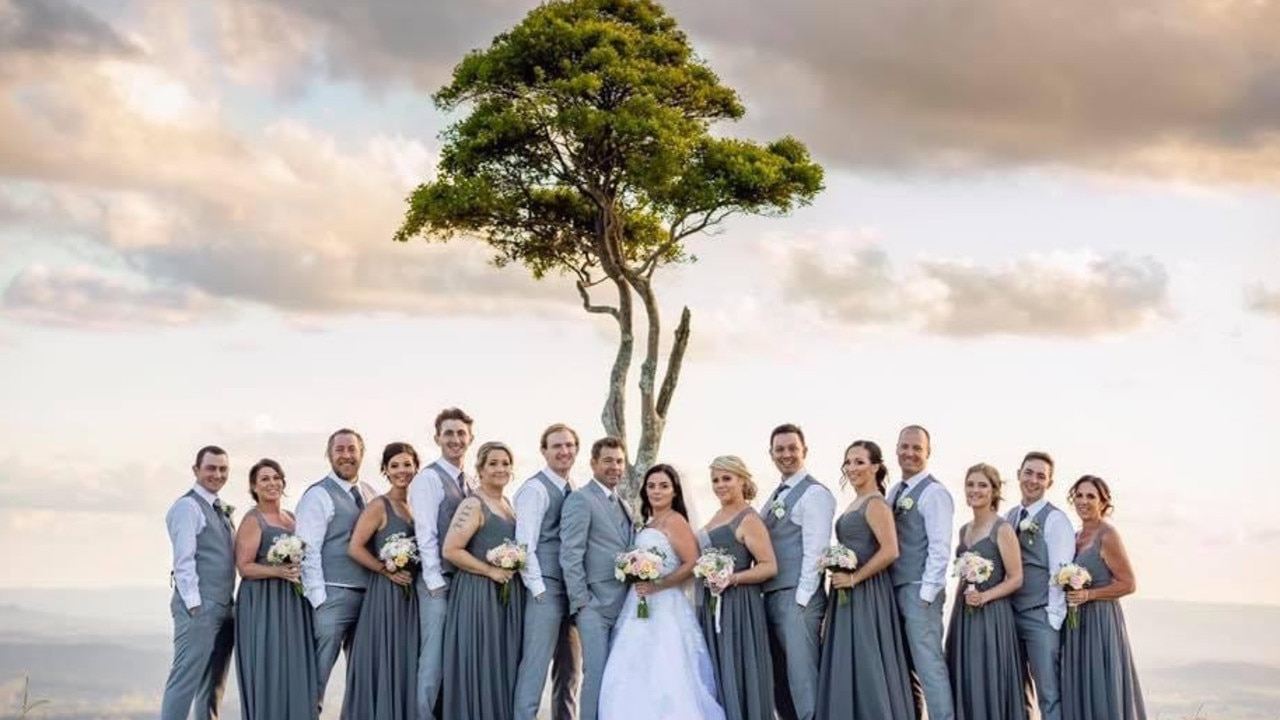 Sara Higgins got her wedding photos done at One Tree Hill in Maleny in 2018.

Mr Middlemiss said he did up to four shoots per week on average during the busy wedding season, and that the spot’s popularity brings in business to the area, representing a major drawcard for local wedding venues.

“It’s the only place that I know of that has the most breathtaking sunsets with uninterrupted panoramic views of the Hinterland,” he said.

“Everyone says ‘Where’s that? Where’s that?’ … there’s nothing like it and if there is, it’s on private property no one can get to.