Police have locked down the centre of the town of Tara after shots were fired at a civilian vehicle.

Initial information indicates the car was shot at about 3:30pm on Wednesday on Smallacombe Street and an emergency declaration made shortly after.

Several residents have been evacuated, and those still in the exclusion zone have been asked to remain indoors.

“No police vehicle has been shot at. No one has been physically injured,” Queensland Police said in a statement.

Specialist police, PolAir and multiple crews from across the region are responding to the ongoing incident. 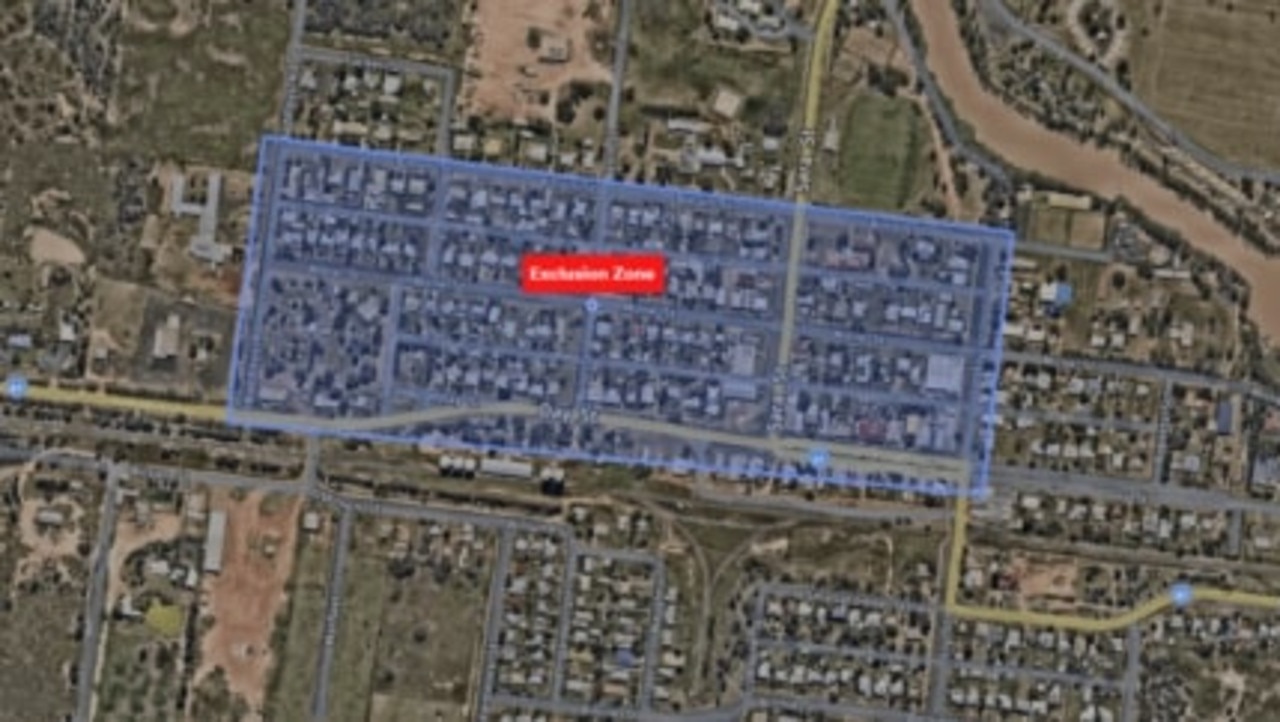 Police were called to reports of shots fired at approximately 3.30pm.

The Commercial Hotel is currently being used as an evacuation centre, with locals gathered inside hiding from the danger, a worker told NCA Newswire.

“Apparently there were shots fired, we‘re not sure what’s going on at the moment,” the worker said.

Tara is about 60km from Wiembella, where six people including two police officers were killed in a horror ambush on 12 December 2022. 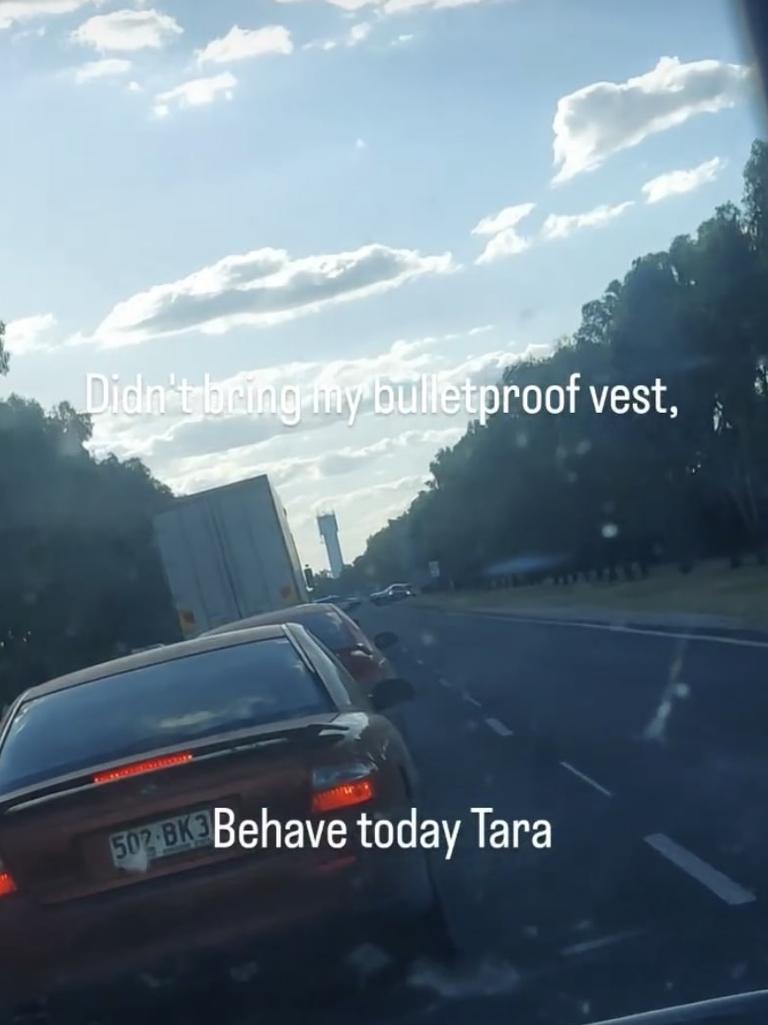 A huge line of cars formed outside the town as drivers were redirected. Picture: Levon Dindar-Poladian 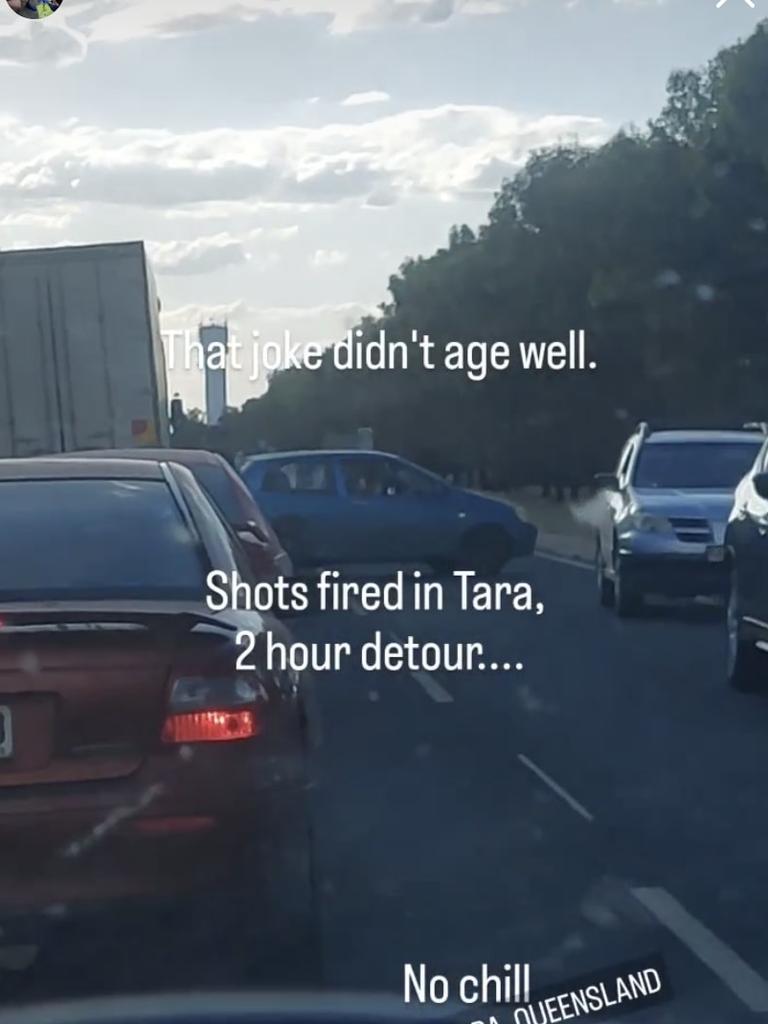 Those who were redirected said it took hours to get back on course. Picture: Levon Dindar-Poladian

Police are also turning away vehicles trying to enter the town as the operation is ongoing.Images shared to social media reveal how residents and other attempting to pass through the town have been redirected away from danger. 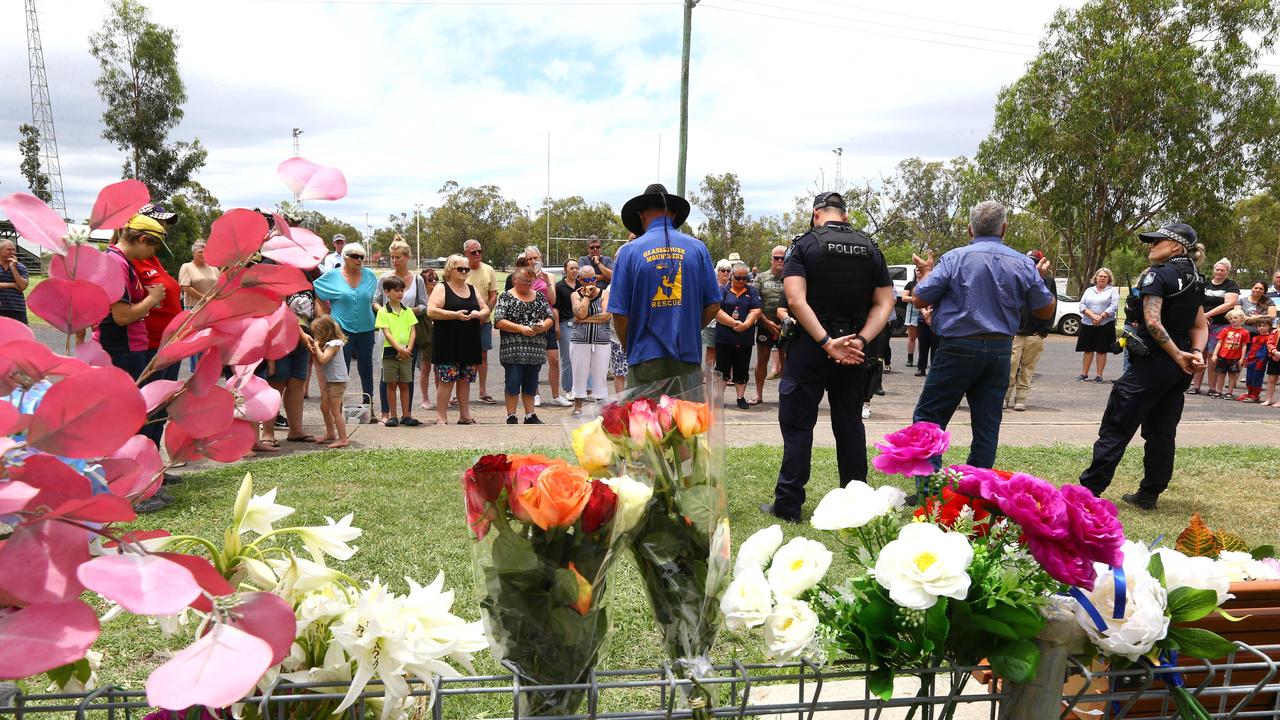 The town has been mourning after officers from Tara Police station were among those killed in a horror ambush in Wieambilla in December. Constable Rachel McCrow, 29, and Constable Matthew Arnold, 26, worked in the town and were gunned down while visiting a property in the nearby town. Picture: NCA Newswire/ David Clark 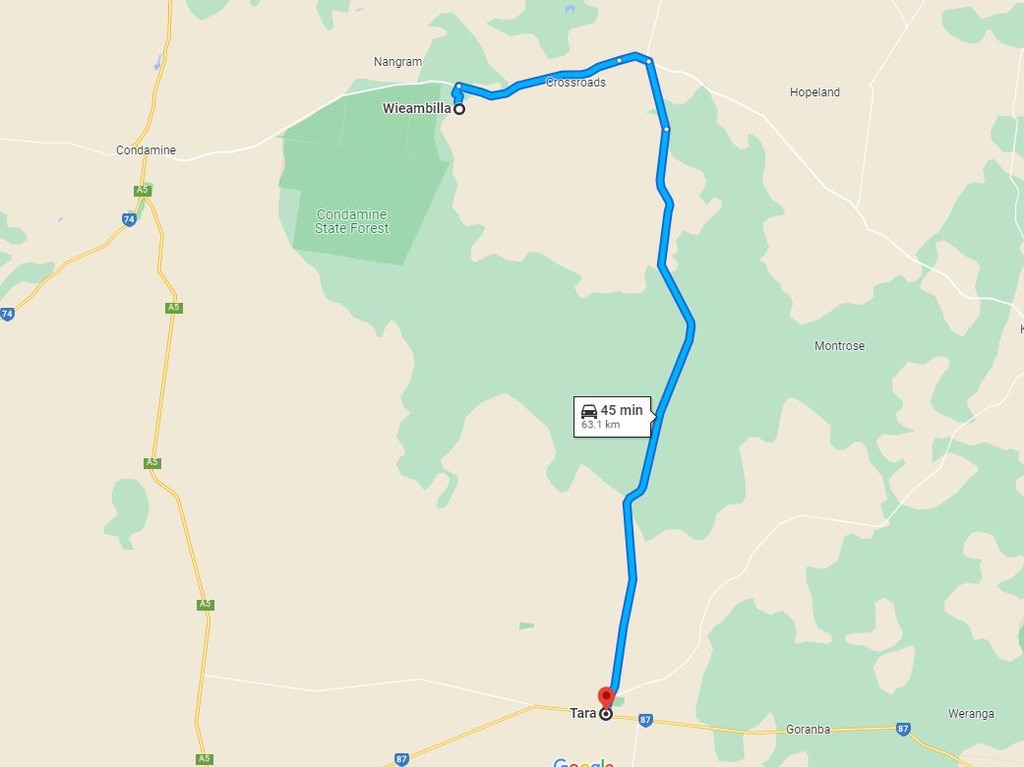 Tara is around 60km away from the town of Wieambilla where the horror shooting took place after police officers were ambushed in December 2022.

The town is still in shock after the two officers from Tara Police Station were gunned down in the crime that stunned the nation.

Just last month, Constable Rachel McCrow, 29, and Constable Matthew Arnold, 26, died in a hail of bullets while attending the nearby property to follow up on a missing person’s report into missing school principal Nathaniel Train.

Train, along with his brother Gareth Train and his wife Stacey Train, met the group of officers armed with guns, killing the two officers and a neighbour who came to help.

The group were then shot dead by tactical officers after an hours-long stand off with police.