Residents in one suburb north of Brisbane have been warned against a rising number of thieves in their area just weeks after a mother was allegedly stabbed by home invaders.

At about 11.30pm on Boxing Day last year, Queensland woman Emma Lovell died after allegedly being stabbed by two teen home invaders in her front yard after she and her husband defended their North Lakes home. 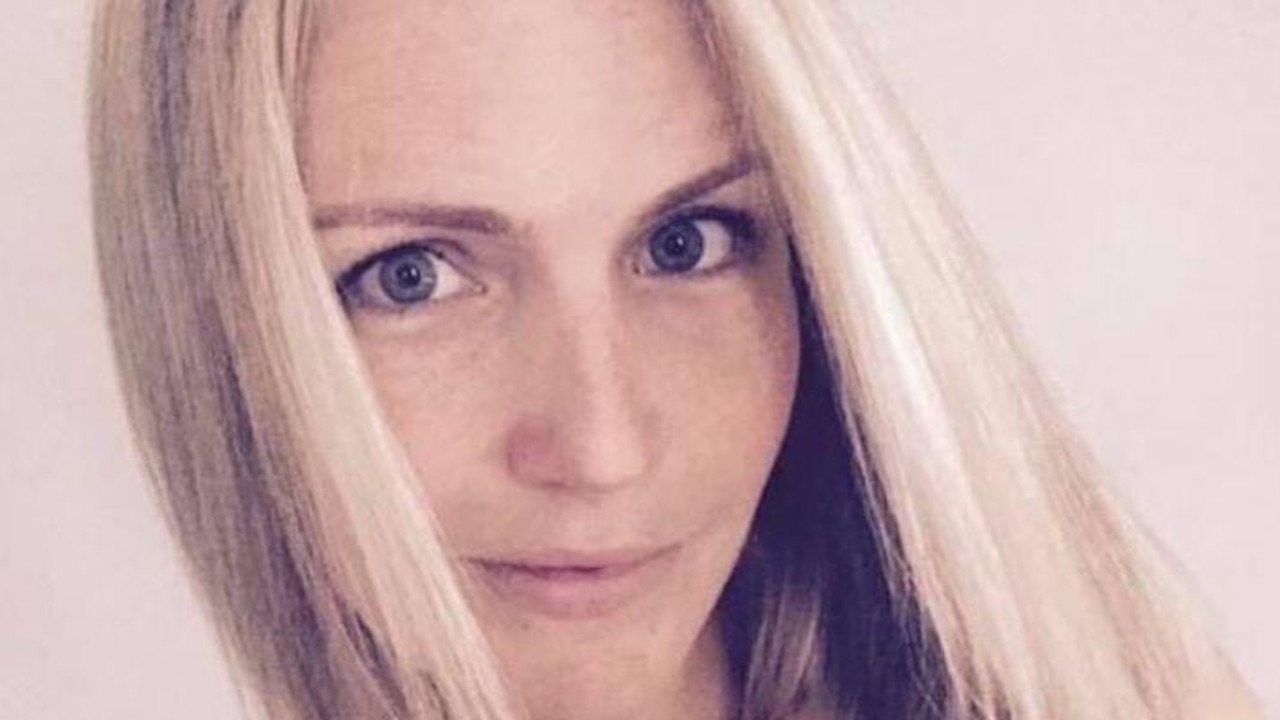 Emma Lovell was allegedly stabbed to death in her front yard after an altercation with teen home invaders. Picture: Supplied

Two 17-year-old boys have been charged with her murder, attempted murder and entering a dwelling with intent.

In recent days, North Lakes residents have received warnings from police, alerting them to thieves in the area who are targeting homes and vehicles and looking for keys, number plates, laptops, wallets, handbags and other items.

The handout from the Pine Rivers Crime Prevention Unit noted main methods of entry for thieves were open or unlocked doors, windows and garages, security screens and unlocked vehicles. 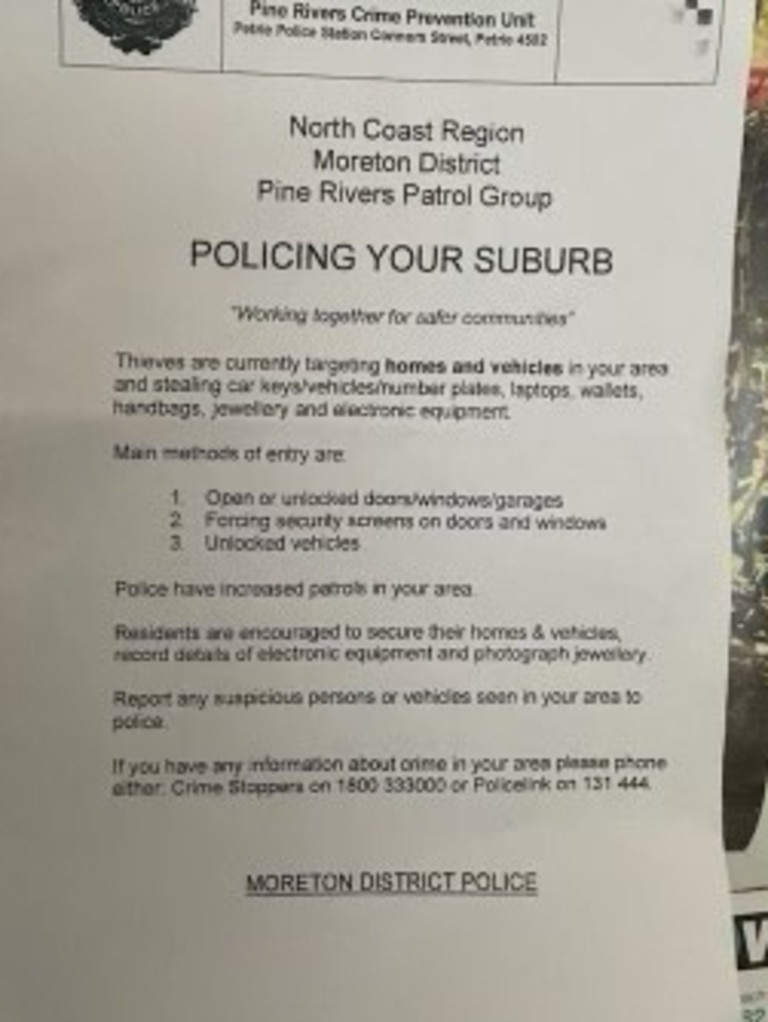 Moreton District police have issued a warning to North Lakes residents amid a surge in local crime. Picture: Supplied

“Police have increased patrols in your area,” it reads.

“Residents are encouraged to secure their homes and vehicles, record details of electronic equipment and photograph jewellery.

“Report any suspicious persons or vehicles seen in your area to police.”

Anyone who notices anything out of the ordinary or who has information of crime in the area is urged to call Crime Stoppers on 1800 333 000 or Police Link on 131 444.