Sydneysiders and parts of Queensland should be able to enjoy a bit of sunshine this weekend, with temperatures reaching 30 degrees or higher before rain hits the east coast early next week.

Bureau of Meteorology meteorologist Miriam Bradbury told NCA NewsWire that temperatures were set to soar across parts of the east coast on Sunday thanks to a “big ridge of high pressure”.

It comes as the bureau released its long-range forecast for summer on Thursday, stating it was especially likely to be wetter along coastal NSW, most of Victoria, large parts of Queensland as well as northern and eastern Tasmania.

However, before the rain hits the east coast, Brisbane is forecast to reach 33 degrees on Saturday, while Sydney will hit 30 degrees on Sunday. 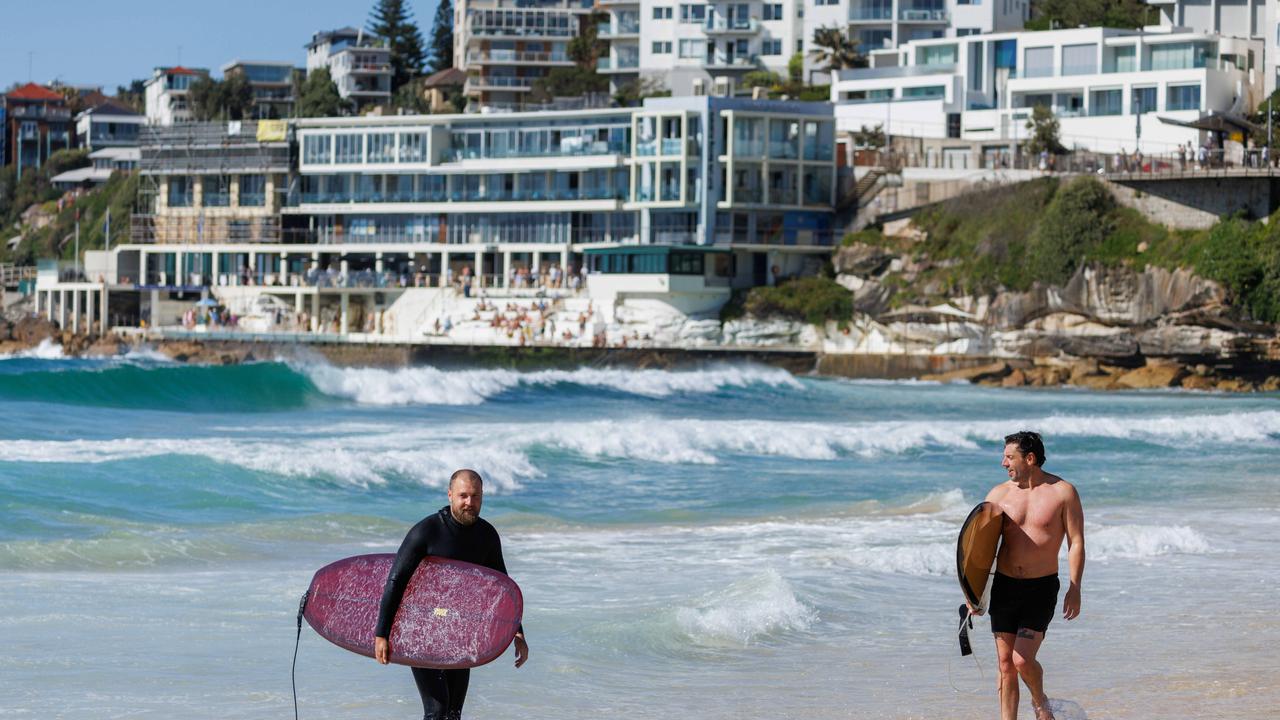 Sydneysiders will have a chance to enjoy some sun on the weekend before rainfall hits early next week. Picture: NCA NewsWire / David Swift 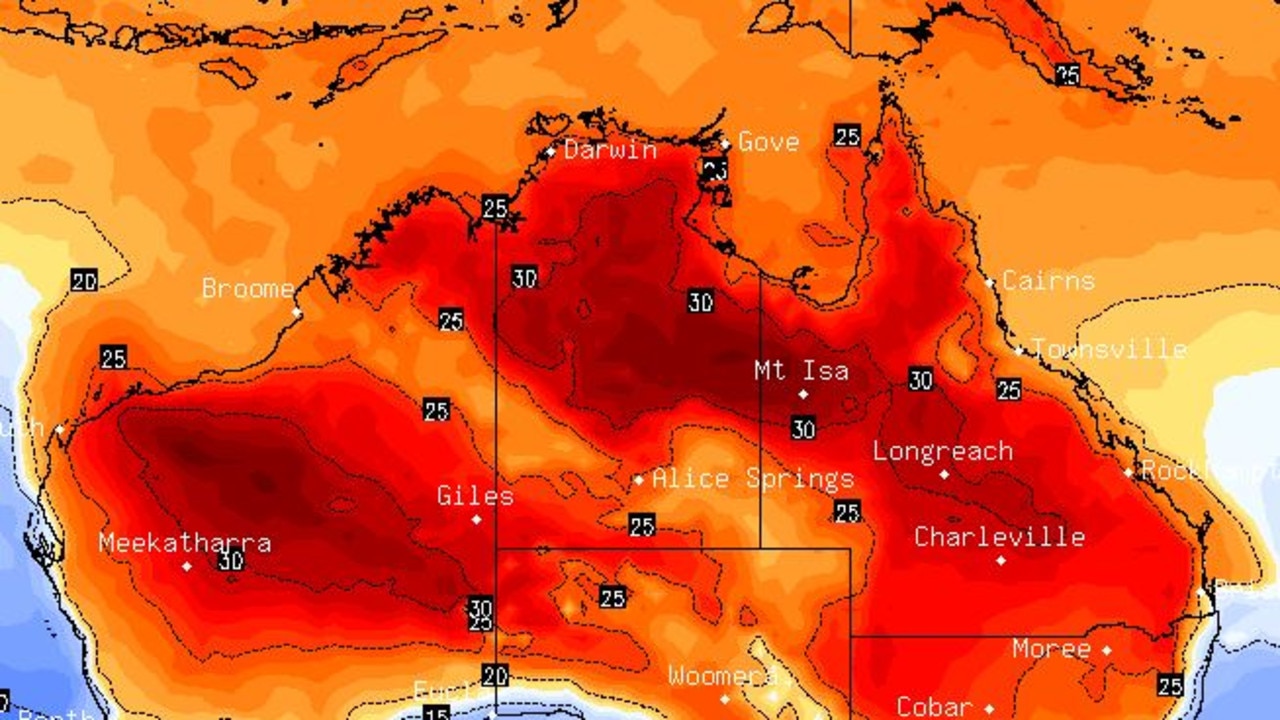 Sydneysiders and parts of Queensland should be able to enjoy a bit of sunshine this weekend, with temperatures reaching 30 degrees or higher before rain hits the east coast early next week.

Ms Bradbury said the hot weather wouldn’t be sticking around for long, with temperatures expected to cool from late Monday slightly as the next rain system forms.

“The next rain system should be moving into western parts of South Australia today; also southeastern parts of Western Australia will see showers and isolated thunderstorms in those areas,” she said.

“Tomorrow it’s going to move a little more broadly across the Northern Territory as well and sort of northeastern parts of the Kimberly.

Ms Bradbury said the this system would bring “big bands of possible showers” towards Victoria, but the rain wasn’t forecast to reach the eastern states until Sunday.

She said there was some good news despite the coming rain, as only 5-10mm rainfall totals were forecast.

“It’ll be a pretty low rainfall total compared to what we saw earlier this week,” Ms Bradbury said.

“It’ll be weaker and not as wet for the southeast.

“South Australia, Victoria and NSW are not expecting too much rainfall, as it’s mostly going to be in the tropics, which is associated with the unstable rainfall seen in there.” 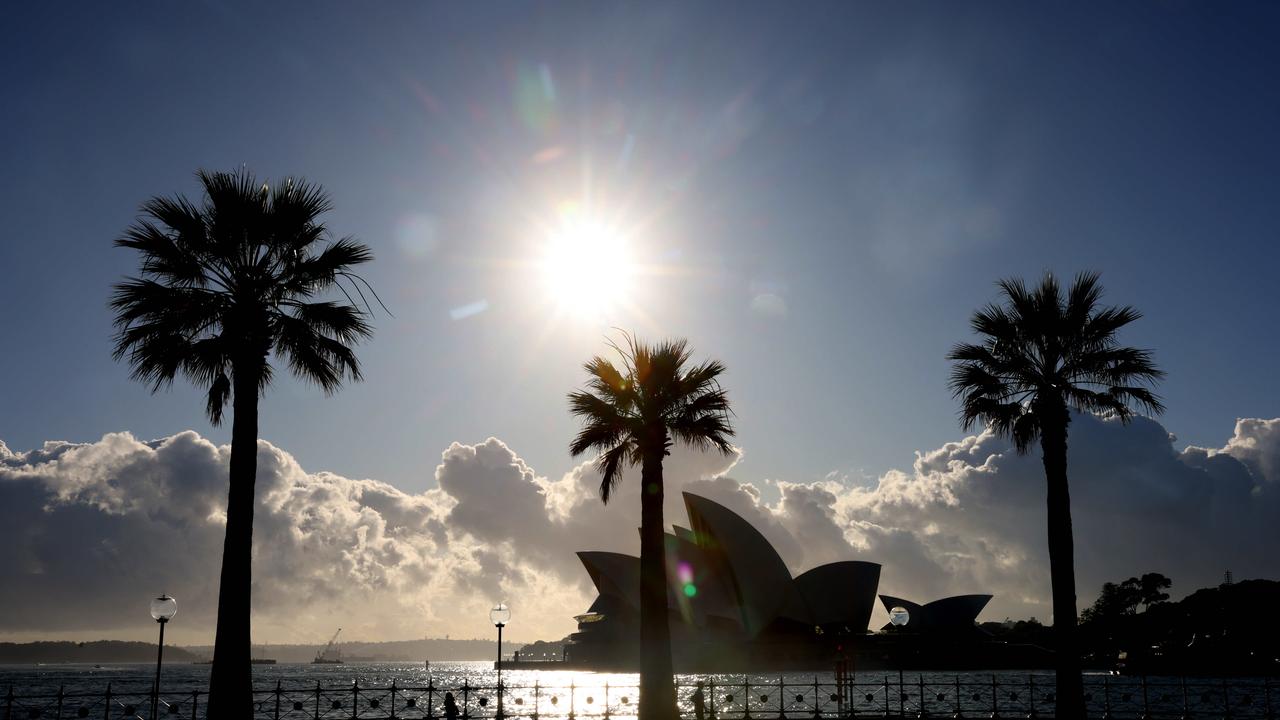 Sydney is forecast to reach a top of 30 degrees on Sunday. Picture: NCA NewsWire / Damian Shaw

But some parts of the country can expect slightly higher rainfall totals, with isolated falls forecast in East Gippsland and into other parts of Victoria to reach about 30mm.

“A lot of these heavier falls are going to be dependant on the thunderstorms,” Ms Bradbury said.

“There is a chance we could see severe thunderstorms through parts of South Australia tomorrow and also on Sunday in the southeastern parts of NSW.

“It’s not a high risk but there is a risk present possibly for locally damaging winds or heavy rainfall, but it is isolated.”

Small areas of low intensity heatwave conditions are also forecast over parts of Far North Queensland and northern parts of the Northern Territory from Friday to Sunday.