The Australian Federal Police Association is calling for a judicial inquiry into the Bruce Lehrmann mistrial amid the outbreak of open warfare between the cops and the Director of Public Prosecutions.

Accusing the DPP Shane Drumgold of attempting to “smear” the AFP, the police union President Alex Caruana said that a full judicial inquiry is an absolute necessity in the wake of an explosive letter in which Canberra’s top prosecutors accused police of “interference in the criminal justice process” and ask police not to contact Brittany Higgins.

“If Mr Drumgold and the Attorney-General want to conduct a judicial inquiry, so be it,” he said.

He complained the letter from the ACT DPP, released under Freedom of Information laws, “to our knowledge, has no redactions, and it includes personal details of officers involved in the investigation. ACT Policing was not consulted on the release of information and its members’ details”.

“The AFPA will make a formal complaint to the Office of the Australian Information Commission and the ACT Ombudsman regarding the possibility of FOI breaches and misconduct by the Director of Public Prosecutions,” he said.

“If the brief didn’t contain enough evidence and there were legitimate concerns about how what evidence was there was obtained, then why did he continue with the trial? Mr Drumgold needs to explain this.”

Ms Higgins, who has complained police unlawfully leaked her private medical records to the original defence team, had this to say about the police union’s complaints about the letter. “Ironic, the police seem to now care about the leaking of private data,” she said. 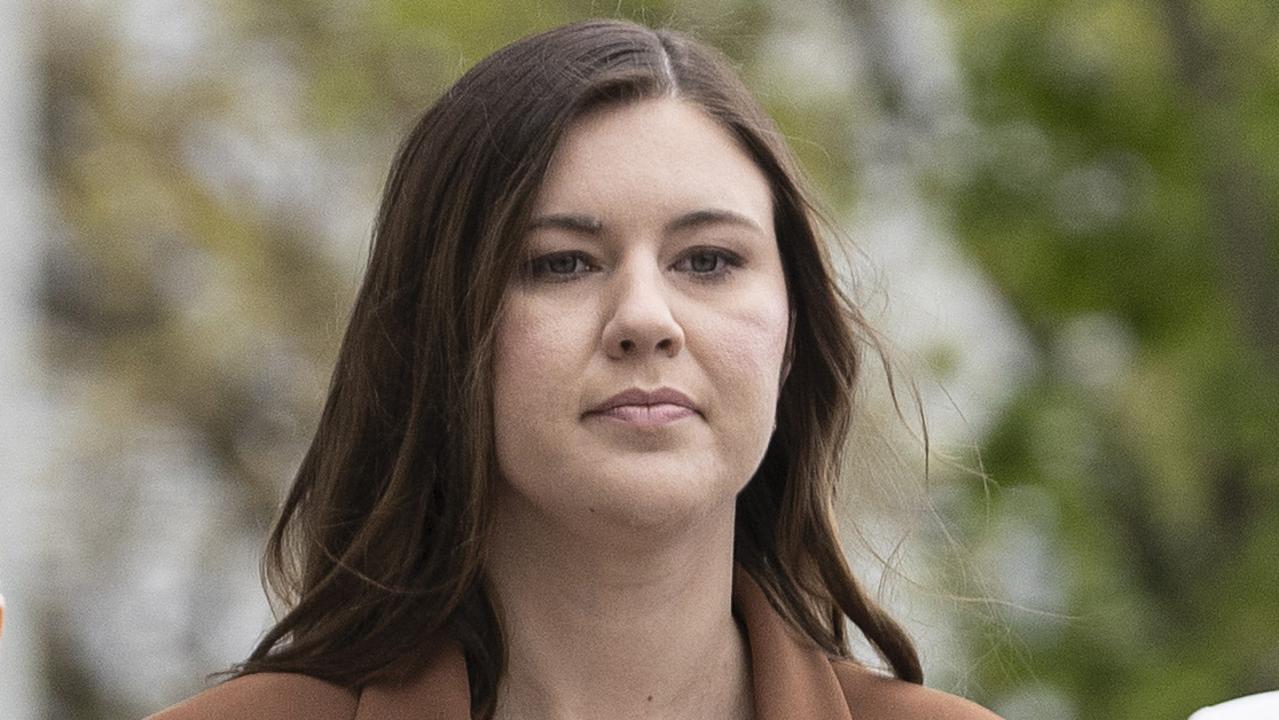 “I am of the view that at the conclusion of the trial, there should be a public enquiry into both political and police conduct in this matter,” the DPP wrote.

“There has now been over one-and-a-half years of consistent and inappropriate interference by investigators, firstly directed towards my independence with a very clear campaign to pressure me to agree with the investigators’ desire not to charge, then during the conduct of this trial itself, and finally attempting to influence any decision on a retrial.

“Then when charges resulted, the [investigators’] interests have clearly aligned with the successful defence of this matter rather than its prosecution,’’ he said.

Mr Lehrmann, who has always maintained his innocence, pleaded not guilty to the charge and is now pursuing “legal remedies” including defamation against media outlets.

In the DPP’s extraordinary letter, he also accuses police of “bullying” Ms Higgins and asks in the letter that police not contact Ms Higgins or other witnesses.

“This includes no further contact with defence or other prosecution witnesses, no contact with the complainant, and prohibiting attendance at court beyond formal evidence if required,” he wrote.

The letter was first obtained by The Guardian under freedom of information laws.

During the trial the tensions between the DPP and police became increasingly evident with the prosecutor telling the jury during his closing that Ms Higgins was “right to be scared” about handing her life over to police.

Police were also observed by journalists regularly meeting with Mr Lehrmann’s defence team during breaks in proceedings but rarely engaging with the DPP.

News.com.au also reported over the weekend that Ms Higgins complained police had unlawfully sent her private medical records to the original defence team.

In the correspondence the DPP complains that “key AFP members have had a strong desire for this matter not to proceed to charge”.

A spokesperson for ACT Policing confirmed that an “inquiry was underway in relation to this matter”.

“As such it would be inappropriate to provide any further comment in relation to any aspects surrounding this matter including commentary about the letter from the ACT DPP,” the spokesperson said.

“ACT Policing will continue to work cooperatively with the Office of DPP to ensure the safety and security of the Canberra community.” 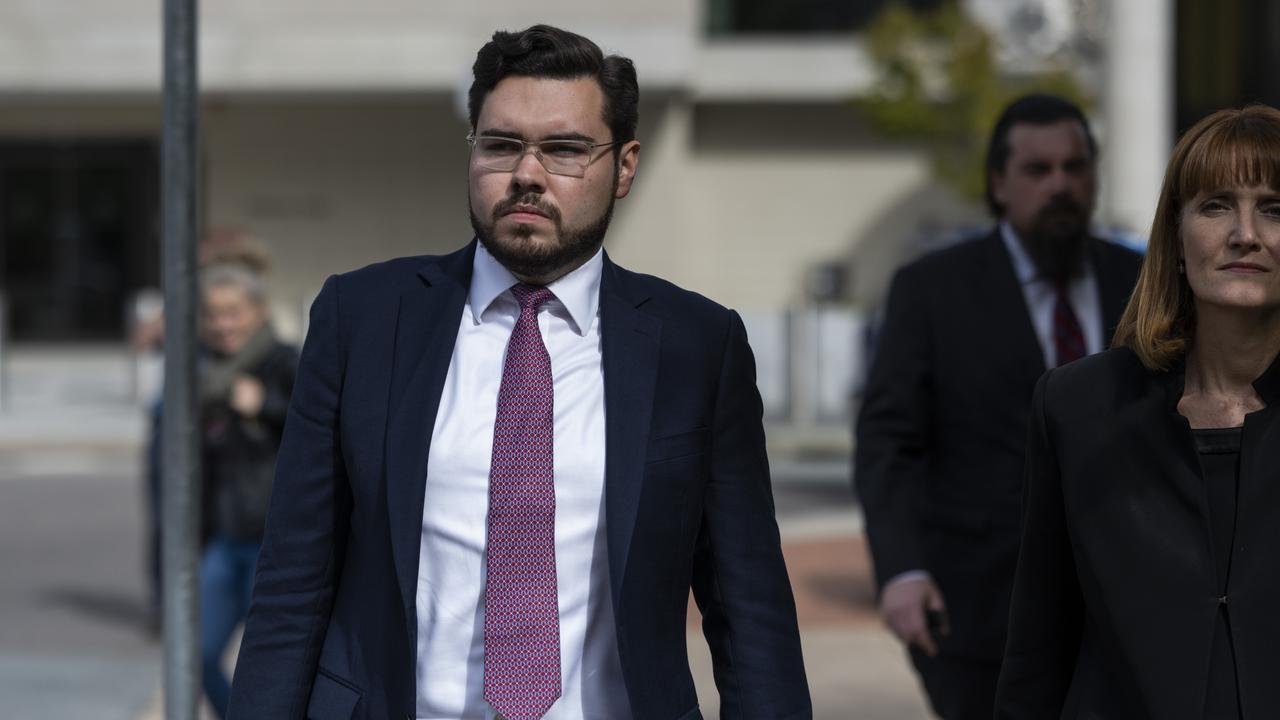 Mr Drumgold told the police chief about “serious concerns I hold with what I perceive as some quite clear investigator interference in the criminal justice process”.

The letter also reveals Drumgold’s concerns that Higgins had felt pressured and bullied by police.

“The complainant has long expressed concerns that during the investigation stage, she also felt bullied by police, who she felt were pressuring her into discontinuing the complaint,” Mr Drumgold wrote.

“This is an observation corroborated by at least two of her support people. Although this is a matter for her to raise directly with the AFP, it is relevant for our purposes as it impacted the trial process, as she presented as highly anxious in dealing with either the police or by extension, the DPP.”

As a result, Ms Higgins began communicating with police via the victims of crime commissioner, Heidi Yates.

The DPP writes that the police then sought to make the Victims of Crime Commissioner a witness by asking her “highly unusual” questions in a formal interview.

“On 2 October 2021, I received a letter from yourself, stating that because she was now a witness, the AFP could no longer communicate through her,” he said. “This was a highly unusual step as the complainant was also a witness, yet police still had extensive contact with her until she requested all contact be made through the Victim of Crime Commissioner.”

The release of the DPP’s letter follows a report in The Weekend Australian that revealed police had concerns about the prospects of a conviction if the matter proceeded to trial and the mental health of the complainant.

Over the weekend, Mr Drumgold raised concerns the leak of the police notes was possibly “unlawful” and called for an investigation into the matter.