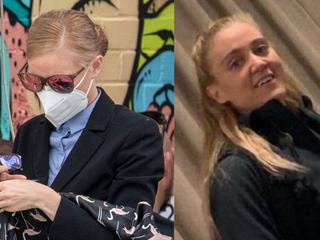 Find out how a career con artist with more than 40 aliases scammed her way across Australia and racked up an international record.

One of Australia’s most prolific con artists is waiting to face her fate after admitting she lied to police when she pretended to be a 14-year-old French victim of child neglect.

Samantha Azzopardi, 33, is awaiting sentencing for her 100th criminal offence in Australia after she pleaded guilty to knowingly making a false representation to police.

On August 22, she told not-for-profit service provider JewishCare that she was a 14-year-old foreigner who had recently arrived in Australia to stay with a foster family after fleeing abuse in her native France.

When police arrived at an address in the Sydney suburb of Woollahra to check out the claims, the scam artist tried to flee. She then told police she had been in the care of a couple since arriving in Australia five weeks ago.

When police tried to locate her foster family to determine whether they were adequate caregivers, Azzopardi led them on a wild-goose chase through the eastern suburbs and beaches.

In broken English with a heavy French accent, she claimed to be lost after living in five houses during the five weeks. Investigations revealed the names of the couple were entirely fictional, and correspondence allegedly sent by the couple is believed to have been sent by Azzopardi.

NSW Police contacted the Department of Communities and Justice, Australian Border Force, Australian Federal Police and even the French authorities to understand how the “teen” had arrived in Australia and assess the claims of abuse.

Federal agents suspected that the ‘14-year-old French girl’ was the victim of a human trafficking and sexual servitude ring. Despite claiming to only speak French, Azzopardi refused to engage with a French-speaking officer who was engaged to speak with her about her experiences.

After nine hours of extensive investigations, authorities became wary and fingerprinted the “teen” to learn she was Azzopardi.

Although she claimed her name was Emily Bamberger (a former victim of her cons), the 33-year-old has been charged under the surname Azzapadari.

The name is one of more than 40 known aliases used by the con artist around the globe.

The Douglas Park resident has been in custody since she was arrested in August.

This week, Waverley Court was told she would remain behind bars on remand for another three weeks as her lawyer sifts through more than 100 pages of medical documentation.

The court was told the “voluminous” background material would shed light on Azzopardi’s diagnoses and previous convictions. It will be taken into consideration when she is sentenced next month.

The multitude of background information will include sentencing assessment reports and psychiatric evaluations submitted to the courts only three months prior to her most recent offence.

In May, Azzopardi was sentenced to a three-year community corrections order for falsely claiming she was the hostage of a cult member who held her captive and raped her.

Court documents show her newest “identical charge” is a breach of that court order not to commit any new offences.

It’s the 100th offence the con artist has faced in Australia after a disturbing and prolonged pattern of behaviour earnt her national and international infamy.

In documents tendered to the court, police state Azzopardi is a “global and interstate con artist” whose “notoriety has been widely reported”.

She made global headlines in 2013 when she was found wandering the streets of Dublin in Ireland. She led Irish police to believe she was the victim of a human trafficking ring, which led to a widespread investigation which wasted more than €300,000 ($A465,000).

A few years later, she was arrested after telling police in Canada that she was a victim of sexual exploitation and trafficking. The serial con artist told Calgary police that she was a 14-year-old girl who had been abducted and subjected to ongoing sexual abuse. Canadian authorities wasted more than $CA150,000 ($173,000) on looking into the claims.

The serial scammer was charged and deported from both countries after her claims were proven to be false.

Australian authorities have also been taken in by Azzopardi’s elaborate lies, with convictions in multiple states, including Western Australia and Victoria.

The career conwoman was jailed in May 2021 for at least 12 months after being convicted of stealing two children after being hired as a nanny under a false name. Two months after she was released, she lied about being a victim of sexual assault in Sydney.

“The accused poses a significant risk to the community (and) her uncontrollable desire to make fictitious reports sees countless resources being drawn from legitimate victims … to investigate her lies and deception,” police assert in documents tendered to the court.

Investigations are often complicated by Azzopardi’s use of multiple aliases and her chameleon appearance.

Court documents show she was unwilling to allow police to take a photograph of her, an issue that has plagued previous investigations.

Recent photos show Azzopardi has been quick to mask her appearance outside court, wearing a scarf, sunglasses, and a face mask to hide her thick blonde hair and brown eyes.

The court documents show the notorious scam artist has been diagnosed with a condition called pseudologia fantastica, which manifests itself as compulsive and pathological lying.

Psychological reports tendered to the court for her conviction earlier this year revealed Azzopardi had made contradictory statements to experts and created different histories for herself.

According to the reports, the con artist told one expert that she had a child but denied it to another.

In August, magistrate Ross Hudson noted Azzopardi “is a compulsive liar who suffers a number of mental health illnesses which no doubt is a catalyst for her offending”.

According to police, Azzopardi’s continued lies are dangerous.

“The accused had shown a level of criminality and deceit which poses an unacceptable risk to the community,” police allege in court documents,

“The accused had shown a complete disregard for the courts.”

With sentencing for her 100th offence looming, Azzopardi appears to be earning her place as one of Australia’s most notable con artists.

Her exploits overseas attracted the attention of a renowned Australia investigative journalist who worked with the Irish government to create a radio documentary on her crimes.