NSW Premier Dominic Perrottet has vowed to atone for his actions after admitting he wore a Nazi uniform to his 21st birthday.

Shortly after an emotional premier called a press conference where he made the shocking confession and apologised for the “terrible mistake”, he visited the Jewish Museum in Sydney to meet with leaders.

The now 40-year-old spoke to Jewish leaders earlier in the day.

“I expressed to them how painful I know this must be for the community … and I’ll do everything I can to make this good to the Jewish community and all communities across NSW who will be hurt by what I did,” he told 2GB.

After leaving the museum where he again apologised, he renewed his vow to use his position to ensure others do not repeat his mistake.

“I will continue to strive to make sure people right across Australia understand the horrors of the past,” the premier said. 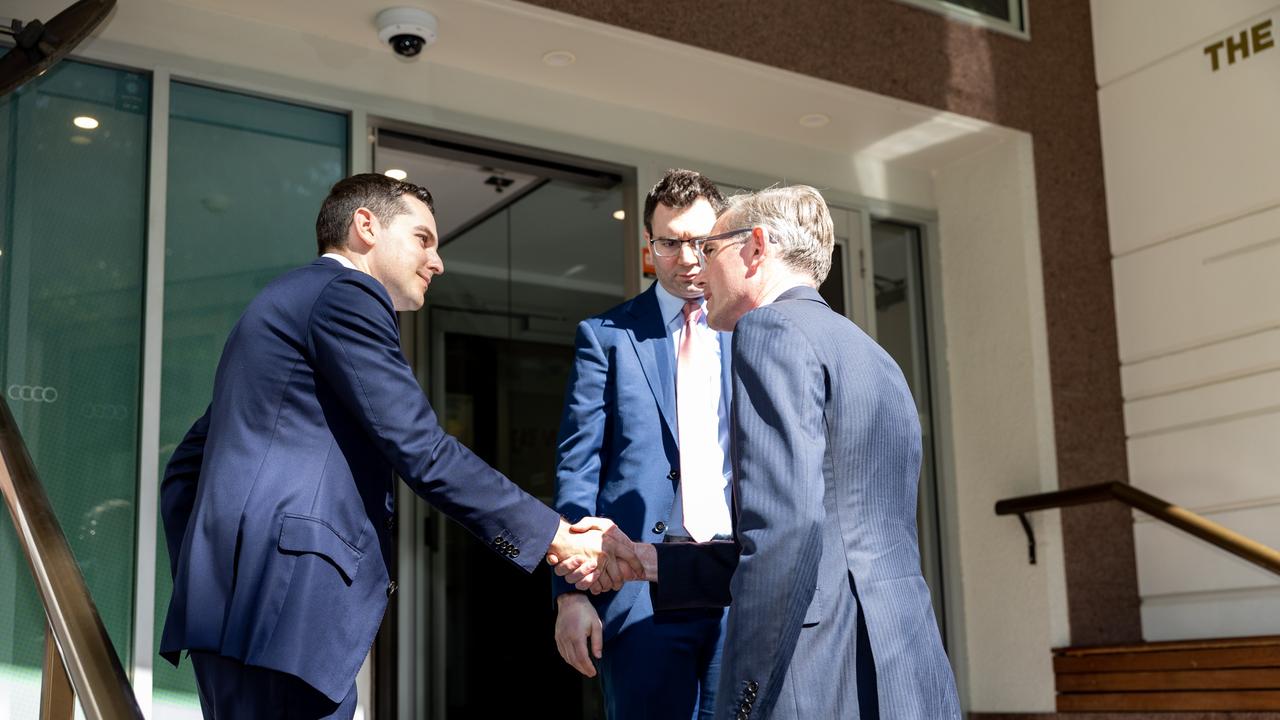 The NSW Jewish Board of Deputies said they hoped the incident would “serve as a lesson” and reminder of the “abhorrent nature of the Nazi regime”.

“We appreciate that the Premier personally reached out to the Jewish community this afternoon to express his deep and sincere regret about his poor choice of costume as a young man,” their statement read.

“The Premier has been a staunch supporter and friend of the NSW Jewish community throughout his time in public life. In particular, as Treasurer, he ensured the Sydney Jewish Museum received funding to ensure that it could continue educating the community about the Holocaust and the horrors of the Nazi era.

“The Premier has acknowledged this, recognising that wearing the costume was offensive and will distress many in our community.” 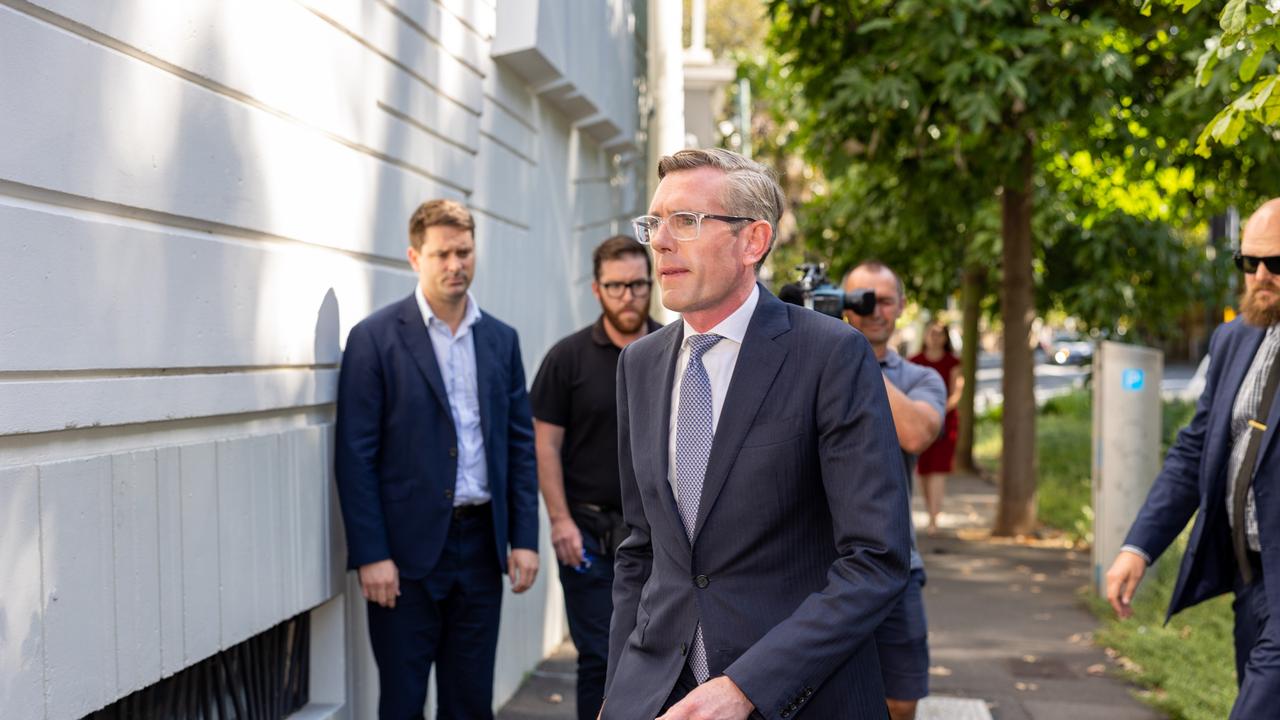 Mr Perrottet is facing calls to resign after revealing he wore a Nazi costume to his 21st birthday. Picture NCA NewsWire / Seb Haggett

The Premier revealed he had worn the black Nazi uniform with a Swastika to the party in 2003 after a colleague flagged the issue with him earlier this week after rumours circulated about a compromising photograph.

“It was a terrible mistake, I was naive and I did not understand the whole situation and the impact that my actions would take and importantly the hurt that this would cause across our state,” he told reporters.

He said he has tried to make up for that mistake.

“My experience in life, I’ve become a very passionate supporter of Jewish people. I’ve understood first-hand and lived experiences through the people I’ve spoken to,” he said.

“Who I am today is formed by the good things I’ve done in my life, not the mistakes I’ve made.”

The Premier was visibly upset during the announcement at a press conference. Picture NCA NewsWire / Seb Haggett

When asked during the radio interview whether he had been prompted to reveal the truth after learning of the rumours, Mr Perrottet did not deny that being the case.

“In some ways that’s probably fair commentary, but … I’ve grappled with (it) for some time and there are a number of times during my political career where I thought of raising it.

“There’s been certain moments, certain events where I’ve thought of raising it, and I didn’t and I should have.

“But today I did and whether [a photo] exists or it doesn’t, what I know is that I did.” 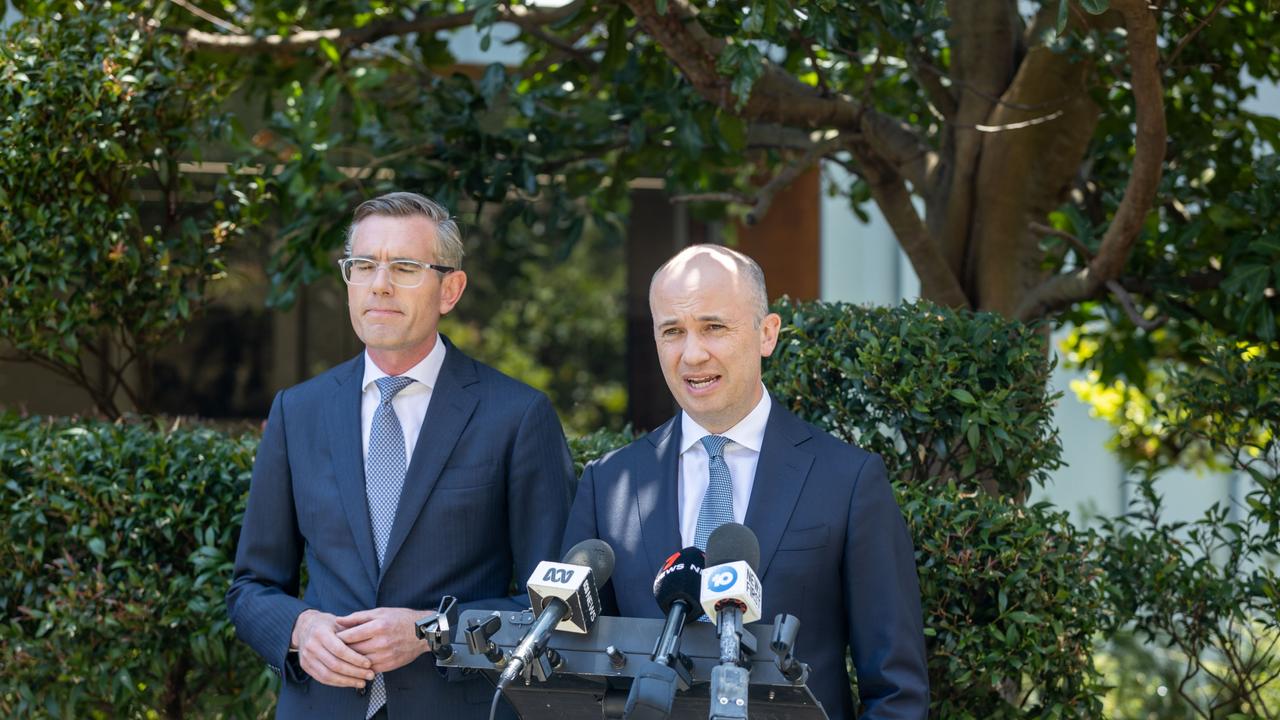 He has apologised to the Jewish community. Picture NCA NewsWire / Seb Haggett 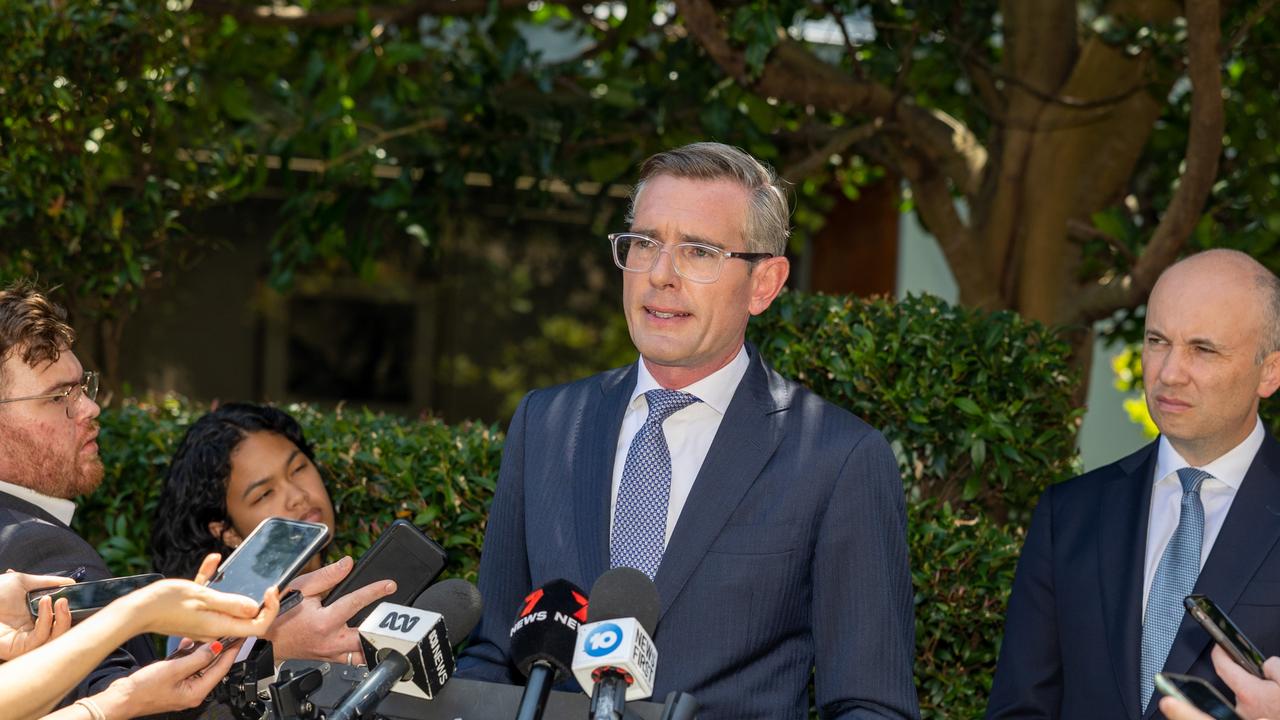 Mr Perrottet also clarified that he did not dress up as Hitler while attending the party. Picture: NCA NewsWire / Seb Haggett

“I learnt Nazis were genocidal racists through history at a state high school, books from a mobile library and productions like Rise and Fall,” he shared on Twitter.

“With a private school and heaps of privilege, how did young Perrottet miss out? Verdict: he is now unelectable.”