Former Nomads bikie boss Moudi Tajjour has issued an ominous threat to his enemies after he was ambushed outside a Gold Coast Bunnings and brutally beaten up on camera.

Tajjour was left with a black eye and bruised face after being set upon by a group of four men outside the hardware store in Nerang at 12.45pm on Saturday.

Although police are still investigating the incident, a 31-year-old man was arrested by Queensland’s Organised Crime Gangs Group on Monday afternoon.

The brutal attack prompted Tajjour to announce that he was coming “out of retirement,” despite leaving his post as national president of the Nomads in 2018. 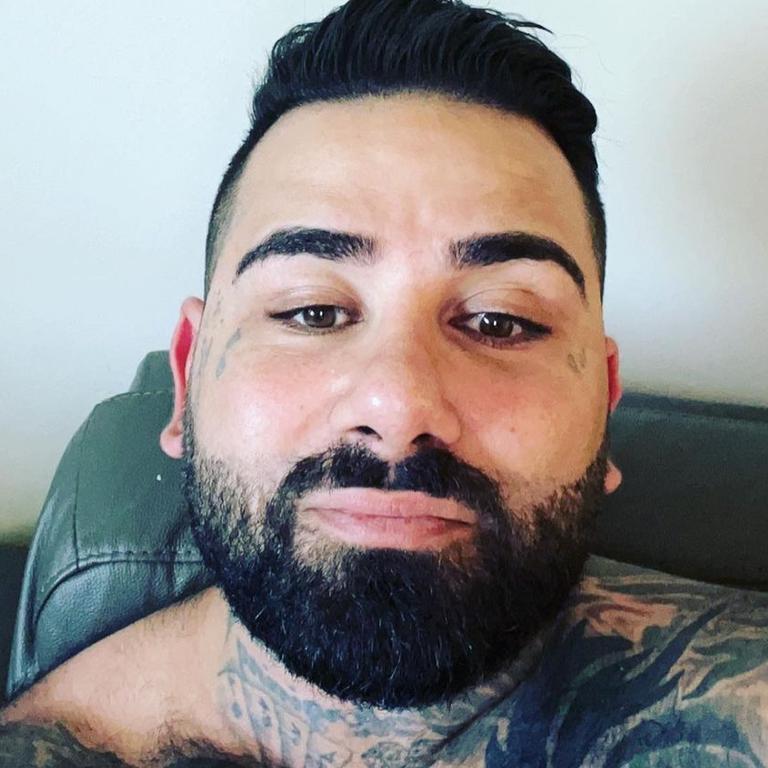 Mouhamed ‘Moudi’ Tajjour was previously the National President of the Nomads bikie gang.

“This is a message to all the Mongols in Australia. Any state, Melbourne, Sydney, Gold Coast, Adelaide, tell us where? I’ll put the boys f***ing everywhere,” Tajjour can be heard saying in a TikTok video which contained the leaked audio.

“Tell us where you want us to do this.

“I tried to Facetime you to show me where youse are, youse won’t Facetime you keep rejecting it. You pussy dogs.”

He also accused the rival club of leaking the video, before blaming the attack on another gang – the Lucky Thirteens.

Hours after declaring he was back in the bikie gang and out for revenge, Tajjour changed his tune.

Taking to his TikTok account, where he has amassed 15,000 followers after reinventing himself as a social media personality, Tajjour retracted any intentions of rejoinining a gang.

He also announced that he would be taking a break from social media to “clear my head from this social media bubble”.

“I have not returned to the bikies. Was an angry moment and I spoke outs (sic) emotions. So [please] know I ain’t back in any crew,” he wrote in a graphic that was shared on TikTok at around 3am Tuesday morning. 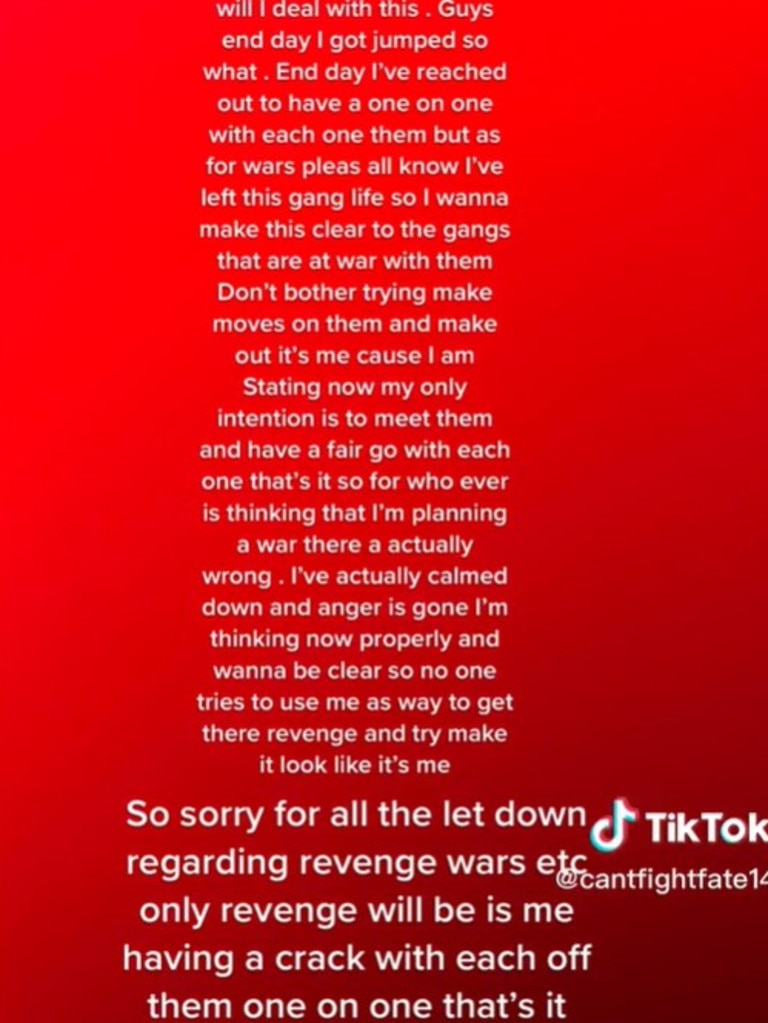 He later clarified he was not returning to a bikie gang. Picture: Tiktok. 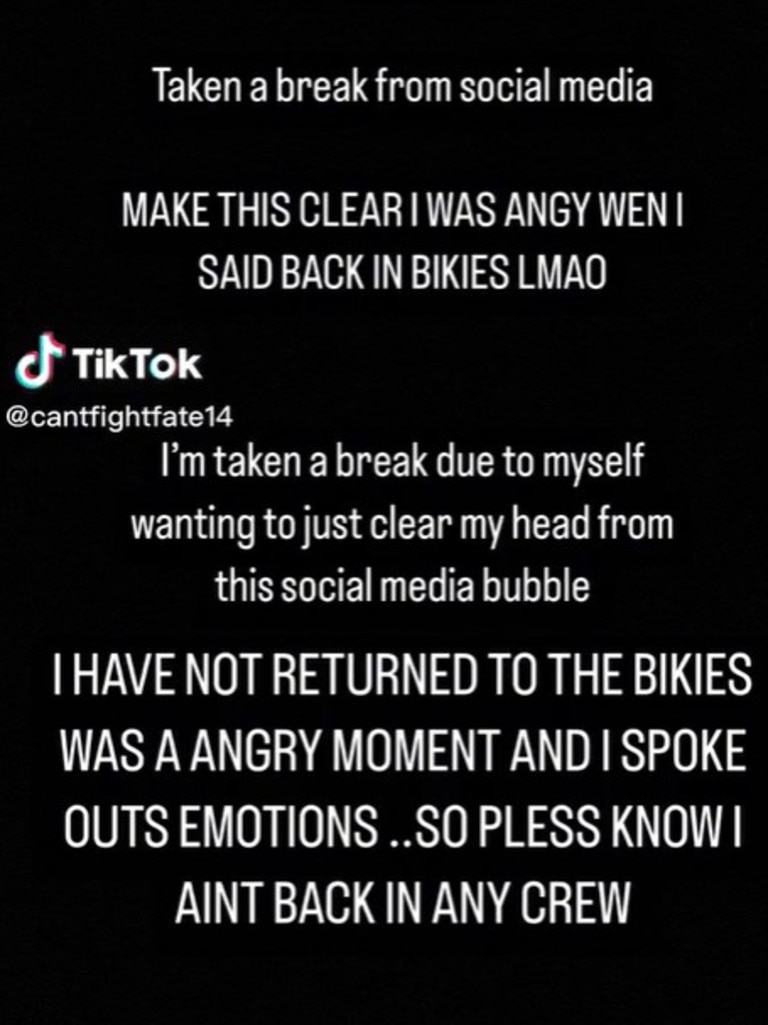 In another video shared at around the same time he wrote: “So sorry for all the let down regarding revenge wars. Only revenge will be is me having a crack with each of them one-on-one. That’s it period.”

Tajjour also issued a warning to other clubs and crime gangs to avoid engaging in any attacks which they would later falsely accuse him of initiating.

“Please all know I’ve left this gang life so I wanna make this clear to the gangs that are at war with them,” he wrote.

“Don’t bother trying to make moves on them and make out it’s me cause I am stating now my only intention is to meet them and have a fair go with each one.

“I’ve actually calmed down and anger is gone. I’m thinking now properly and wanna be clear so no one tries to use me as a way to get there (sic) revenge and try make it look like it’s me.”

Tajjour is the younger brother of the current Nomads national president Sleiman Tajjour, and the cousin of Kings Cross identity John Ibrahim. 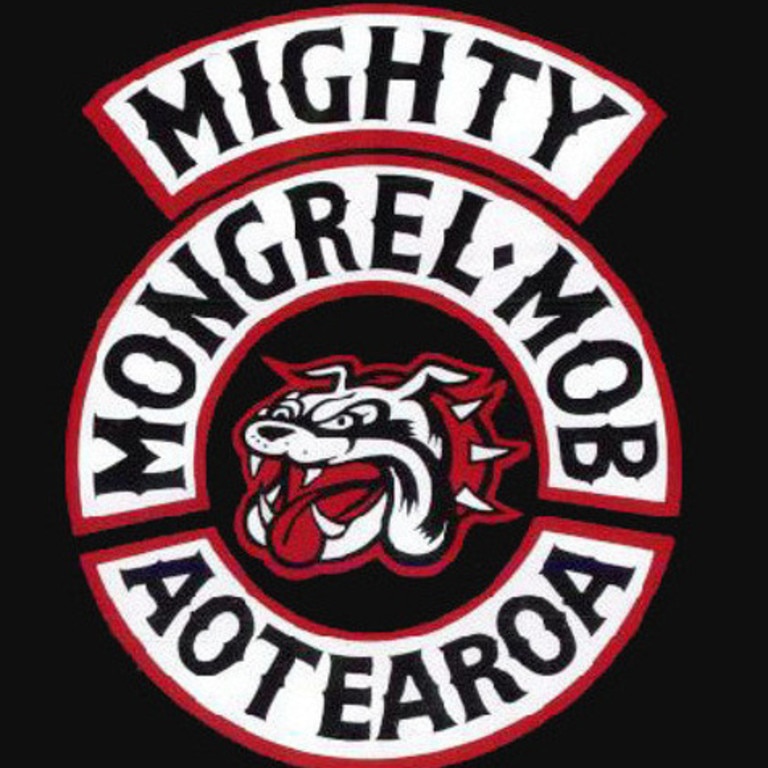 On Saturday, footage of the fight between Tajjour and several other men was widely shared on social media.

The former bikie was filmed being bashed, kicked and pinned down by multiple men. At one point Tajjour was dragged along the ground before a man ripped his shirt off.

Recounting the incident in a TikTok video, Tajjour estimates he was pounced on by around eight men. 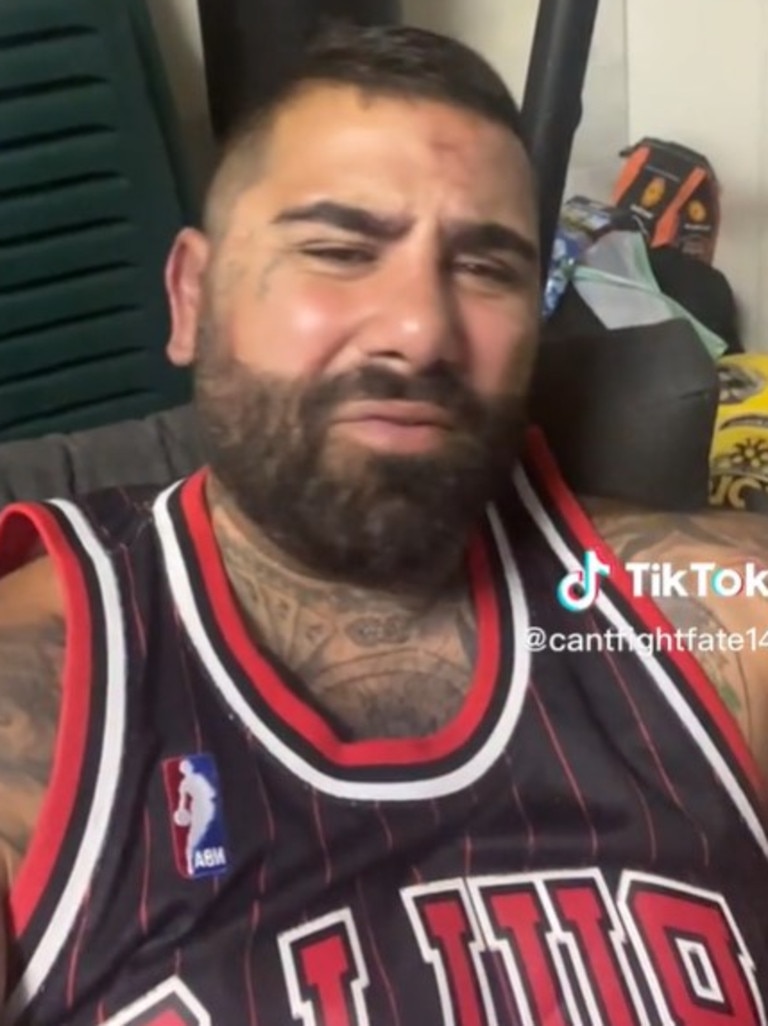 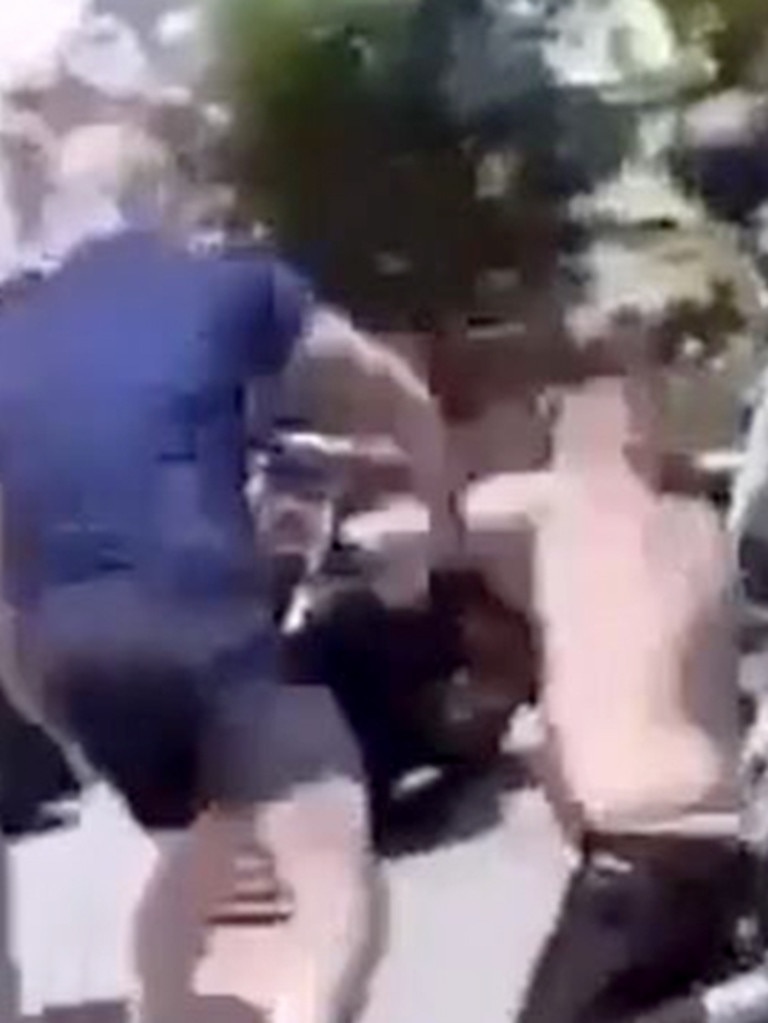 Tajjour was bashed and kicked by multiple men. Picture: Bunnings.

When asked why he didn’t attempt to fight, or “square up,” the former bikie said he was focused on protecting himself and ensuring he didn’t hit the concrete which could have led to brain damage.

“If I had squared up with him, it would have opened me up for the other guys to hit me from the side and all that,” said Tajjour.

“It’s different when one guy walks up on this own and you know he’s on his own. You square up.

“I’m not silly, I know how these things pan out … I got myself out of it. I’m not that injured to tell you the truth, so I ended up all right.”