A Gold Coast man has pointed out an odd detail on an Australian parking sign, prompting a flurry of speculation as to what the confusing road rule can mean.

Australian parking signs can be hard to decode at the best of times, but the sign shared by TikTokker @sergcarreviews, who reviews vintage cars in his Queensland hometown, was particularly baffling.

“Am I missing something? Like, isn’t that just 9am to 10pm?” the user rightfully queried.

Why the seperation tho?

Commenters attempted to decode the confusing sign — and yet none of them had the same explanation.

“The sign means you can park twice, up to 2 hours each between the time periods. If they didn’t have 2 periods, then you could only park once,” another speculated.

“It’s probably some law that requires the signs to include both the hours before and after 12 to avoid confusion,” commented a third. 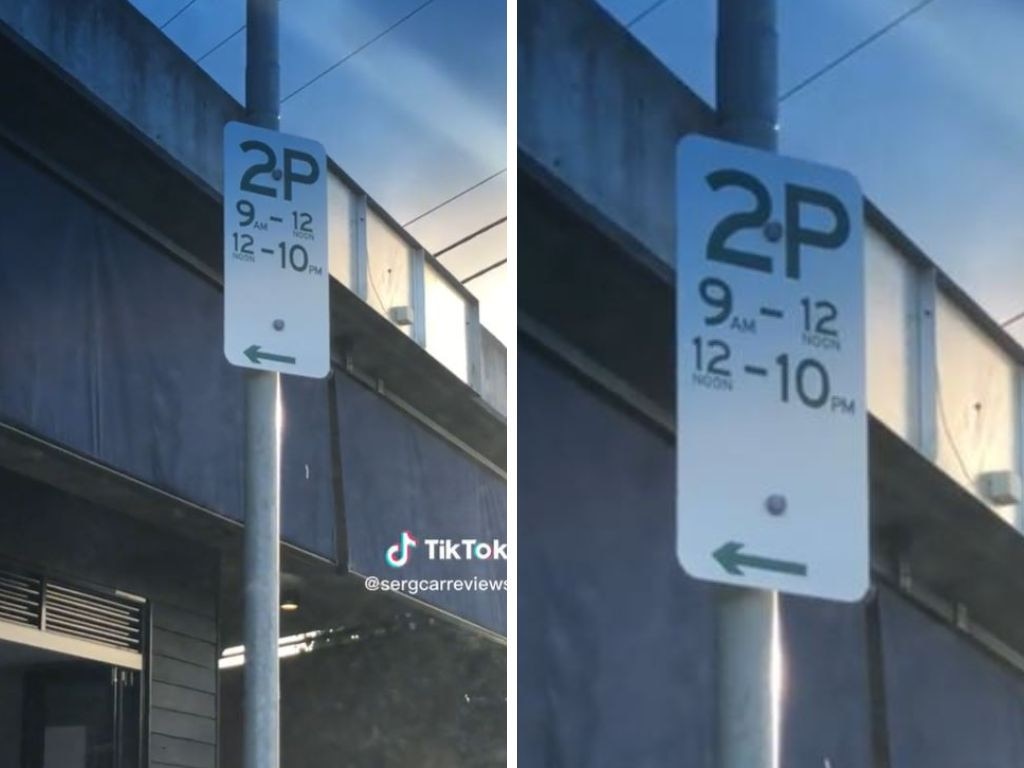 The sign sparked a debate as to what the odd detail could mean. Picture: Tiktok

Others users, however, claimed it was simply part of a bureaucratic ploy to confuse drivers and increase revenue from parking signs.

“They put the signs up but nobody understands them all. Don’t even try,” another commented.

In any case, the sign became the subject of much internet mockery.

“Sign maker must charge per letter/number,” one viewer joked.

The Queensland Department of Transport has been contacted to clarify.