Daniel Andrews and Matthew Guy have detailed how they plan to combat veteran suicides after the tragic death of a former AFLW star.

Heather Anderson, who played for the 2017 flag winning Adelaide Crows and worked as an army medic, took her own life at a West Australian barracks earlier this month.

The Premier was asked by a voter and army veteran was asked what he planned to do about the issue while facing off with Liberal leader Matthew Guy in their only debate before the election on Saturday.

Mr Andrews detailed an ongoing government scheme in collaboration with a former head of the RSL which gets veterans into work.

“He’s been working closely with us, grabbing all of those ex ADF members who leave and then we get them intto work on our Big Build or to work in other projects (and now) we’re now pushing into the private sector as well,” Mr Andrews said. 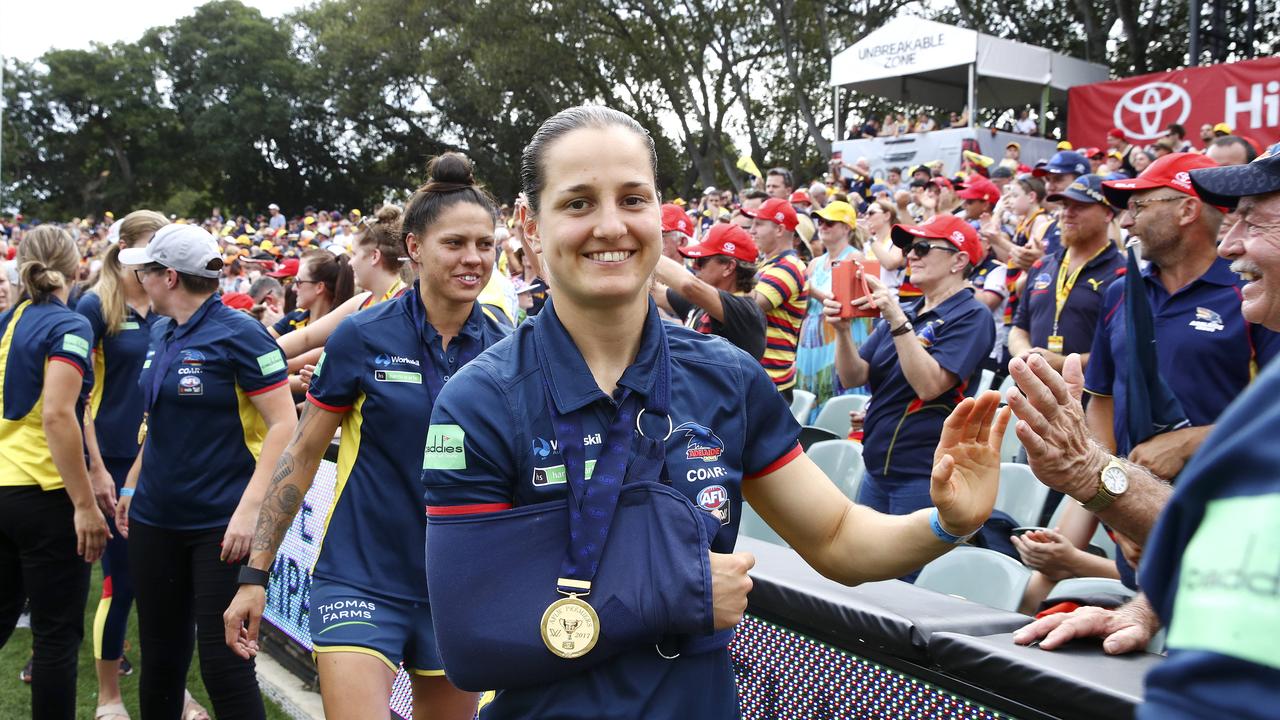 “So we help them to use all their skills their elite training, their teamwork, their discipline, all their characteristics we think it’s really important to gather them up.

“This best use of them and employment is a really big part of this challenge.”

Mr Guy echoed the plans of support, telling the man “you’ve done something good for our country. It’s the least we can do”.

Ms Anderson joined the army in 2013 as a medic and later became the 10th pick of the 2016 Draft, before the first season of the AFLW.

She had immediate success, playing eight games and was part of the team that won the inaugural AFLW premiership in 2017.

More than 1200 ADF personnel have taken their lives since 2001 which eventually triggered a Royal Commission into the crisis.

Daniel Andrews has hit out at the slew of new micro parties running in the state election, including one which is named after him personally.

The Premier is facing off with Liberal leader Matthew Guy in the only debate before the election on Saturday and said this year’s election should not inspire the Americanisation of Victorian politics. 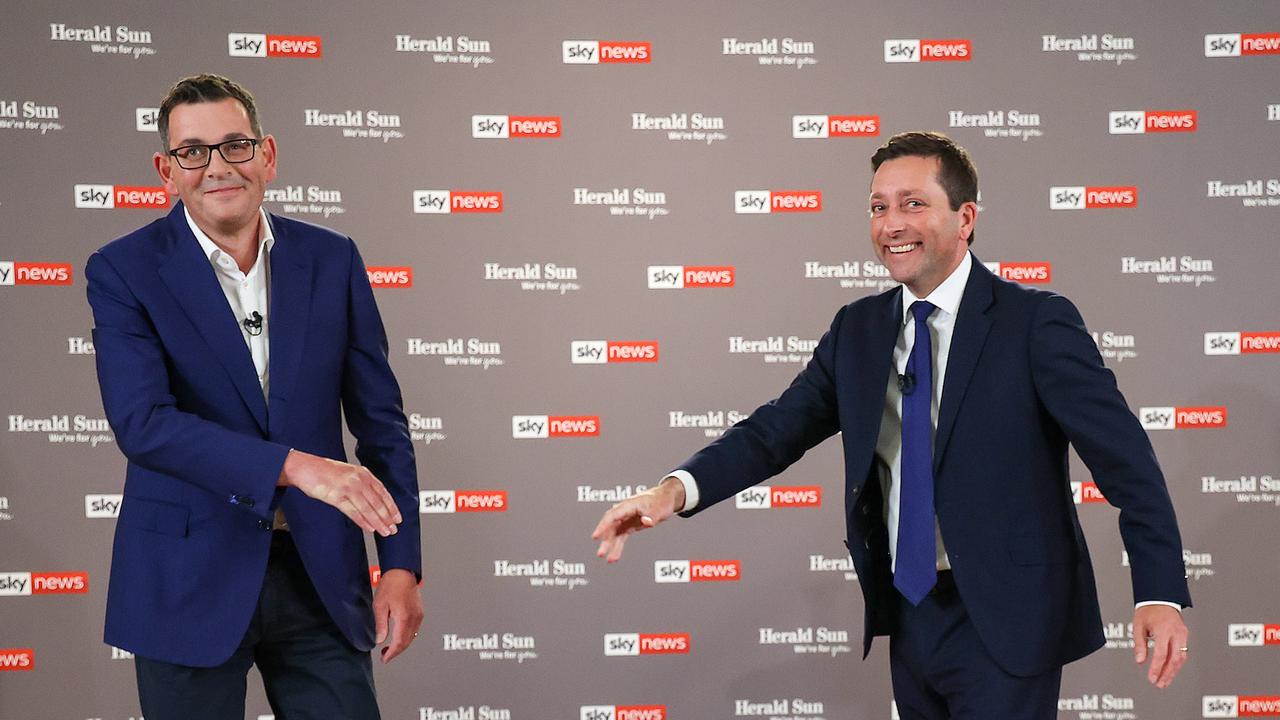 “Matthew and I will disagree on lots of stuff too, but we do so peacefully. And we respect the umpire’s decision. You’re the umpire in this case. You never get it wrong,” he told voters.

“I think we’re better than this. I think that some of the rhetoric is, but also some of the positions advanced by some of these candidates …

The Angry Victorians Party and the Sack Dan Andrews Party are among those who registered for the November 26 election. 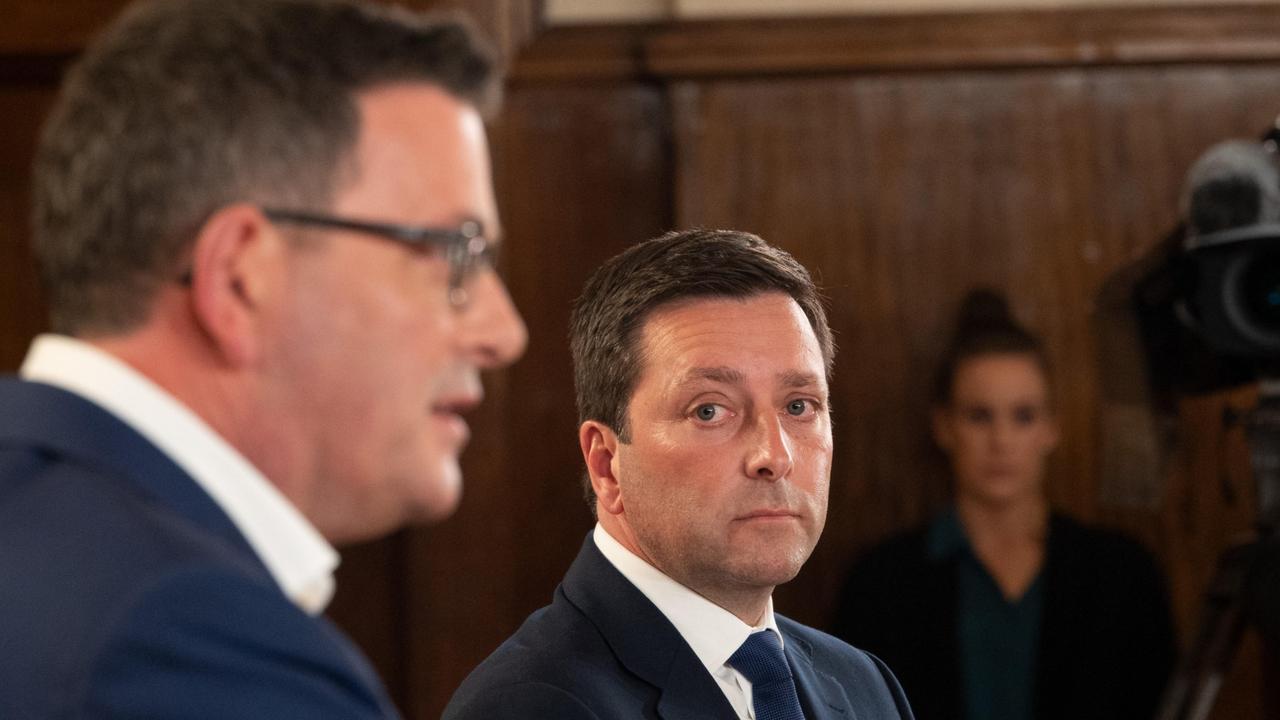 The pair will go head to head in the election on Saturday, November 26. Picture: Tony Gough

Mr Guy said the Liberals decision to preference some minor parties were only rooted in the Liberals’ aim to win the state’s government.

“You make choices on how to vote cards and from our point of view, we’ve said that we want to get a change of government in Victoria,” he said.

“(The Freedom party) isn’t going to be represented in the lower house. It’s pretty clear to all of us who are political pundits and Daniel and I would probably agree with that that’s probably a good thing.

Both leaders have had opposing views on how to divvy up public funds between the suburban rail loop and amending Victoria’s healthcare crisis.

Mr Andrews’ party has promised billions for the transformative trainline while the Liberals plan to ditch major parts of it if elected.

“Similarly though, we’re out there recruiting additional nurses additional ambos every health system in this country.”

“Now is the time for us to fix the healthcare system once and for all,” he said.

“I don’t disagree that infrastructure is important … Your health is my priority.”

During the live broadcast, the pair will be questioned by 100 undecided Victorian voters independently sourced by Q&A Market research.

Sky News Australia’s chief news anchor Kieran Gilbert, who will host the forum, said the beauty of the format was that it was entirely unpredictable for the leaders.