Anthony Albanese has slammed Scott Morrison’s “unprecedented and inexcusable actions” in secretly appointing himself to multiple ministries as emblematic of the former government’s culture of secrecy.

Releasing a damning report examining Scott Morrison’s secret power grab today prepared by former High Court judge Virginia Bell, he said the report confirms the Solicitor-General’s conclusion that the principles of responsible government were “fundamentally undermined” because Mr Morrison was not “responsible” to the parliament.

Mr Albanese said that Justice Bell found the secrecy around the appointments was “apt to undermine public confidence in government” and was “corrosive of trust in government.”

The report was released on Friday afternoon by Prime Minister Anthony Albanese and recommends a range of legal changes to ensure it can “never happen again.”

“This is a scathing report, which is an indictment on the Morrison Government and the culture of secrecy,’’ Mr Albanese said.

“The actions of the former prime minister were extraordinary. They were unprecedented, and they were wrong.

“I will recommend to the next meeting of cabinet that the Albanese Government accept all six of Justice Bell’s recommendations. The quick implementation of these recommendations will ensure that the Australian public can have full confidence that this breach of trust will never happen again.”

For the first time, the report also reveals Mr Morrison explored the idea of secretly appointing himself to another portfolio that was not previously known.

“What we now know from this report today, is that Scott Morrison also sought advice at the same time on being appointed as Minister of the Department of Agriculture, Water and the Environment, that (he) ultimately decided not to proceed,’’ Mr Albanese said.

News.com.au previously revealed that Mr Morrison, who was not compelled to give evidence to the inquiry in person or via interview, did not do so.

Instead, he co-operated with the former High Court judge at arms length and via his legal team that was paid for by taxpayers and was not directly interviewed.

The former prime minister’s spokesman declined to confirm whether Ms Bell formally requested an interview or if he was interviewed.

On August 30, Sky News reported that Mr Morrison would co-operate with the inquiry because he “respected” Ms Bell. 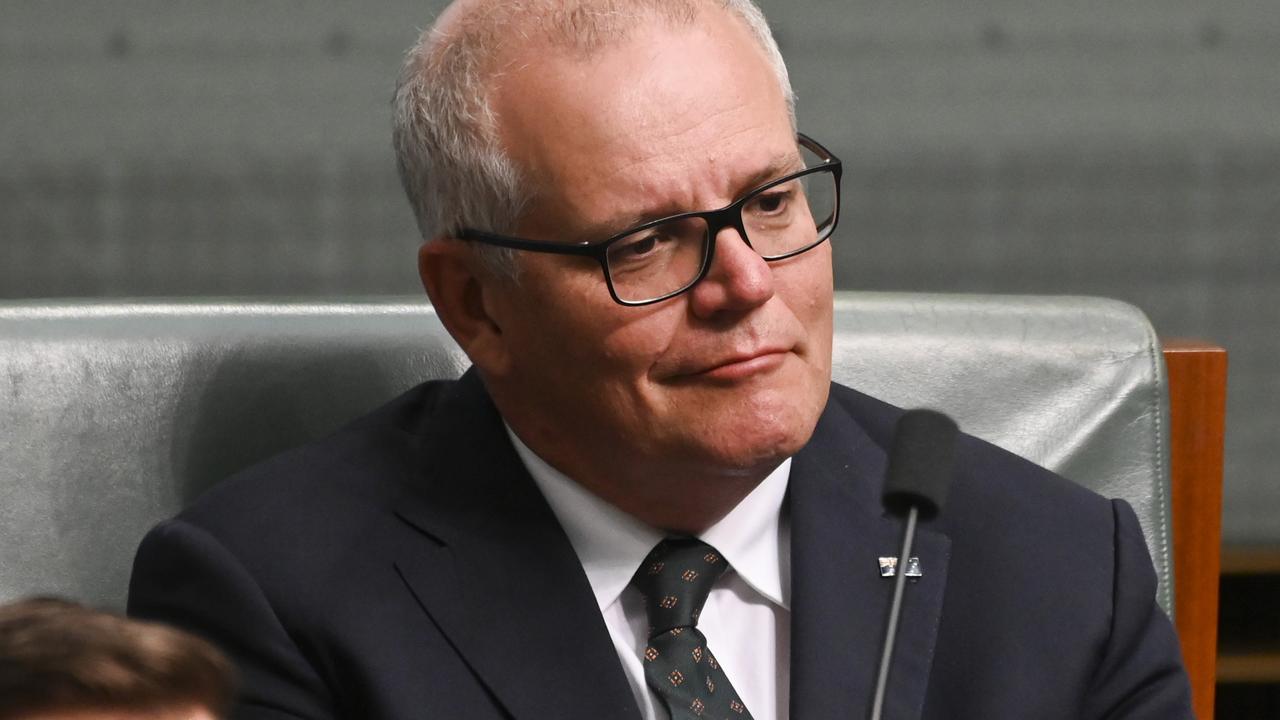 The bizarre ministerial arrangements – which included secretly asking the Governor-General David Hurley to appoint him to the Treasury portfolio without the knowledge of then-Treasurer Josh Frydenberg – were exposed in August.

However, it swiftly emerged that the Finance Minister Mathias Cormann was left completely in the dark about the changes and never knew about them at the time.

Mr Hunt agreed to the plan to share power in the health portfolio and war-gamed how to do it with then Attorney-General Christian Porter. 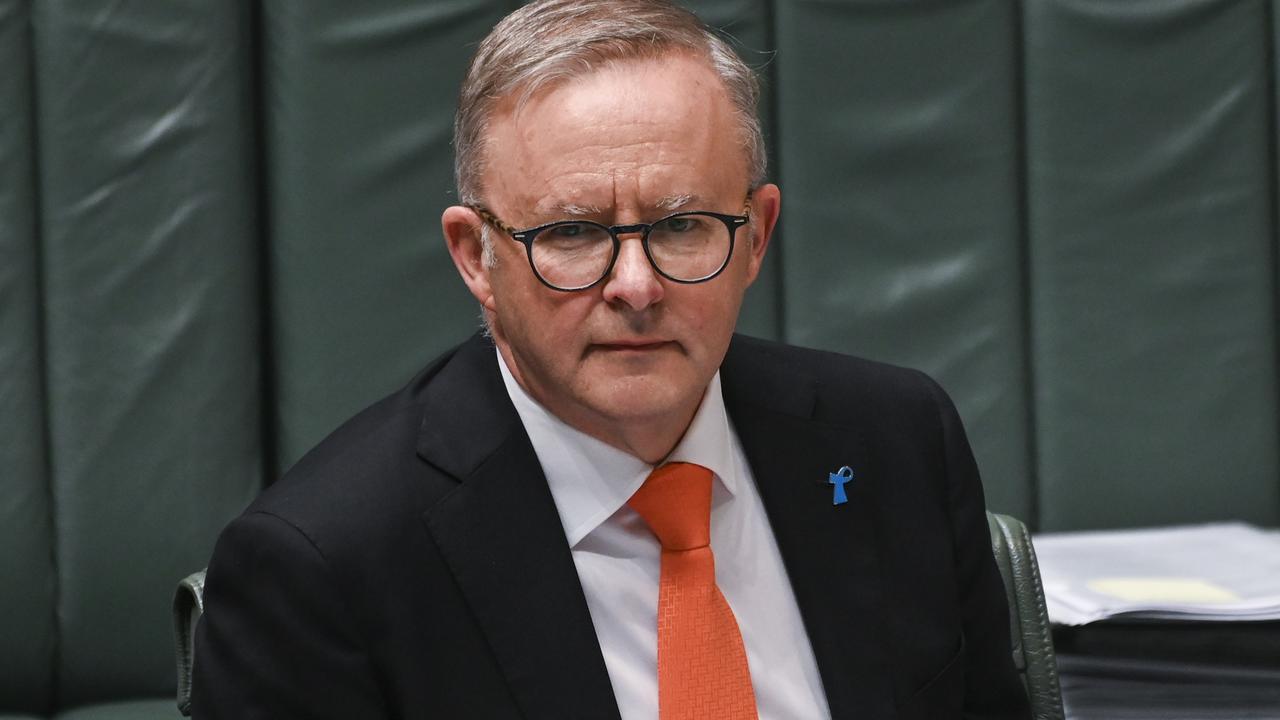 Former Treasurer Josh Frydenberg has unloaded on Scott Morrison over his ministerial power grab, revealing he would have been rolled as Prime Minister if his cabinet colleagues had found out.

Author Niki Savva outlines a confrontation between the two men in her new book, Bulldozed, that reveals what happened when Mr Frydenberg read about the secret ministerial power grab in August 2022.

Another former staffer tells the author the power grab was “not kooky, but dangerous”.

In an exclusive extract published in Nine newspapers, Savva writes that Mr Morrison tried to contact Mr Frydenberg, “ostensibly to apologise to his former deputy”.

“What really stuck in Frydenberg’s mind, and his craw, was Morrison’s response in that initial conversation when a profoundly disappointed Frydenberg put it to him that: ‘You wouldn’t do it again if you had your time over!’ Morrison replied: ‘Yes I would.’”

“Frydenberg was staggered. When he asked him why he had done it, Morrison had no coherent explanation, except to say that ‘No one understands what it was like’ – a theme he would reprise at his press conference afterwards, the one where he also insisted that he and Frydenberg remained ‘the best of friends’.” 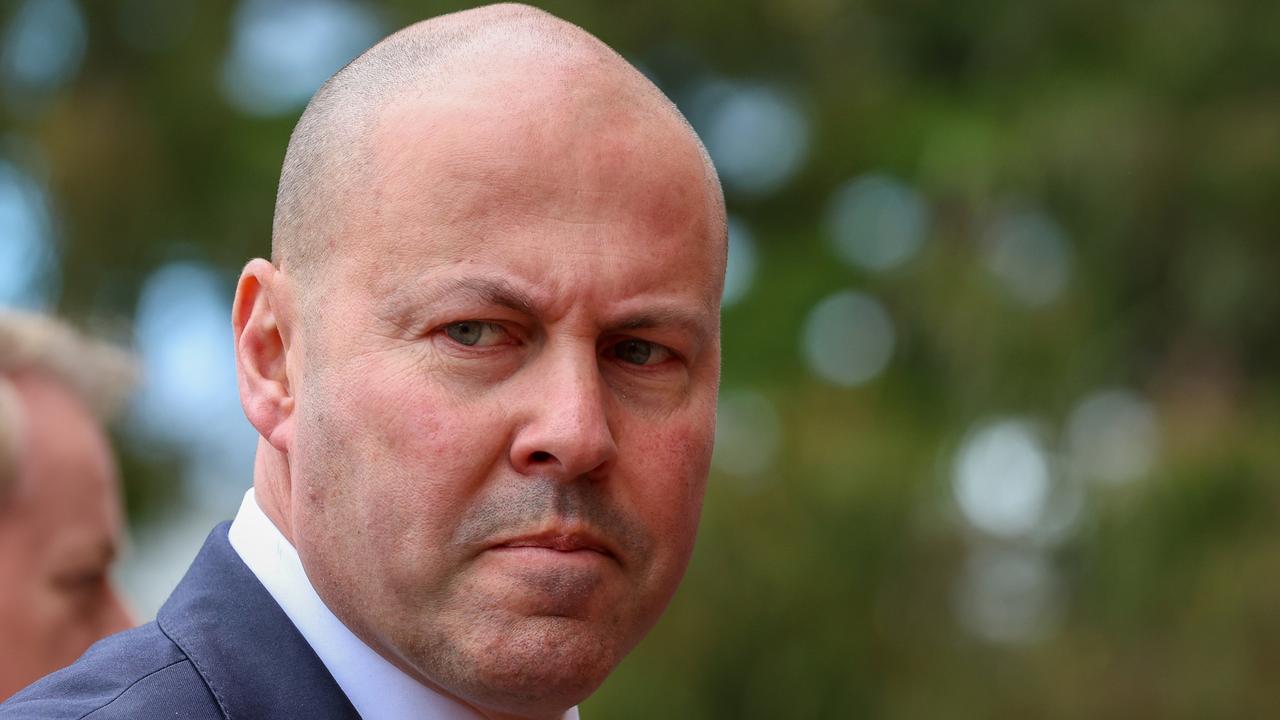 ScoMo ‘would have been dumped as PM’

If Mr Frydenberg had known about the secret takeover before, he says he would have insisted that Mr Morrison revoke the power grab.

In a new book, Bulldozed, Niki Savva writes he would have told Mr Morrison that he was the deputy leader and the treasurer – not him.

She also reveals that colleagues say that if Mathias Cormann had known, he “would have gone ballistic”.

“If Morrison had resisted, Frydenberg is convinced there would have been a challenge, because of the level of outrage in the party’s moderate and conservative ranks,” she writes.

Former PM Malcolm Turnbull insisted that the Governor-General also had questions to answer.

“How did all these experienced people allow Morrison to do this?’’ Mr Turnbull said in August. “I remain astonished that there was apparently no pushback to Morrison when he embarked on his bizarre secret accumulation of power.

“If any of them had dug their heels in, pushed back, and done so in writing, it is hard to believe even the self-described bulldozer would have persisted. If they did not push back then they, and the system, failed.

What the Solicitor-General said

The Solicitor-General’s advice, released publicly by Mr Albanese in August, was sharply critical of Mr Morrison’s decision not to inform his colleagues or the public of the appointments made between March 2020 and May 2021.

The nation’s top government lawyer said Mr Morrison’s self-appointment to the Department of Industry and the secrecy surrounding it raised the issue of whether it was “consistent with the principle of responsible government”.

“In my opinion, it was not,’’ the advice stated. 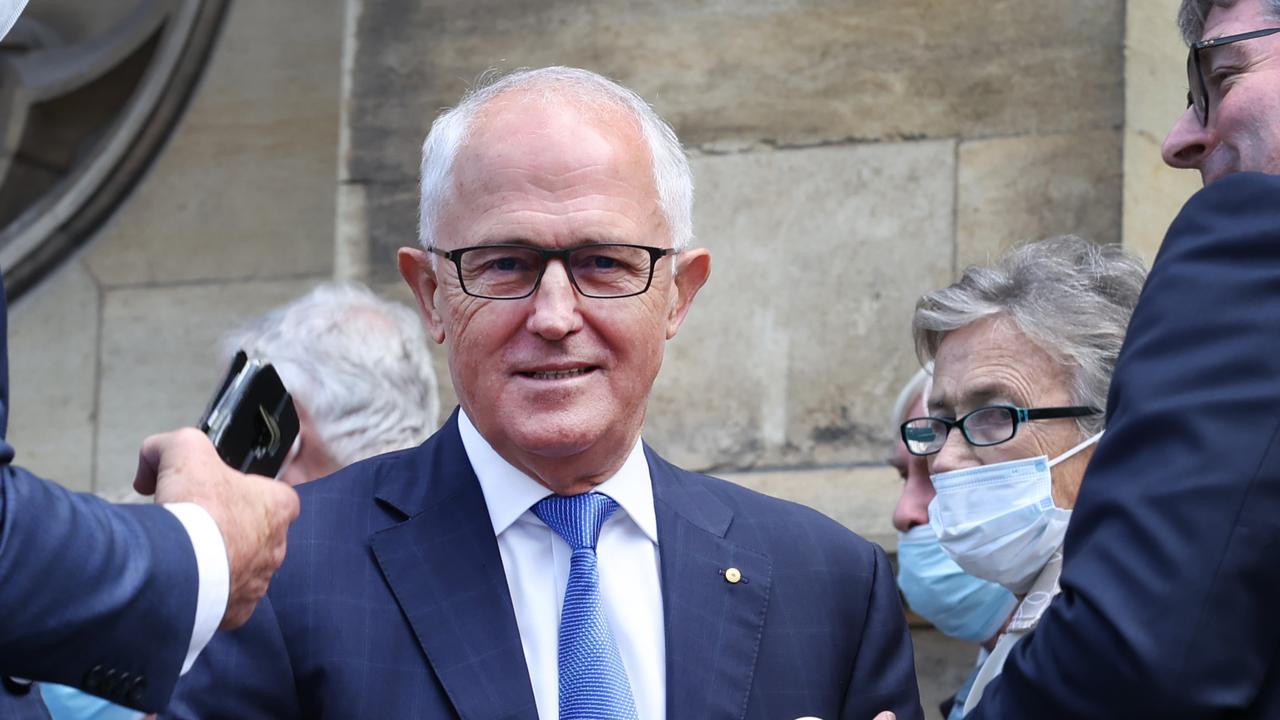 Mr Morrison has previously defended his conduct amid accusations his actions amounted to “undermining responsible government”.

In a 731-word statement released on Facebook, Mr Morrison noted that the Solicitor General found that the appointments were ‘valid’.

“To respond to the Solicitor General’s advice I refer to my statement last week where I set out that at no time, other than the consideration of the PEP11 matter from first principles, did I exercise powers established under these lawful authorities,’’ he said.

“This means that I did not fulfil the function of an Acting or Co-Minister, as has been alleged. Ministers continued to exercise their full authorities without any interference, with my full trust and confidence.” 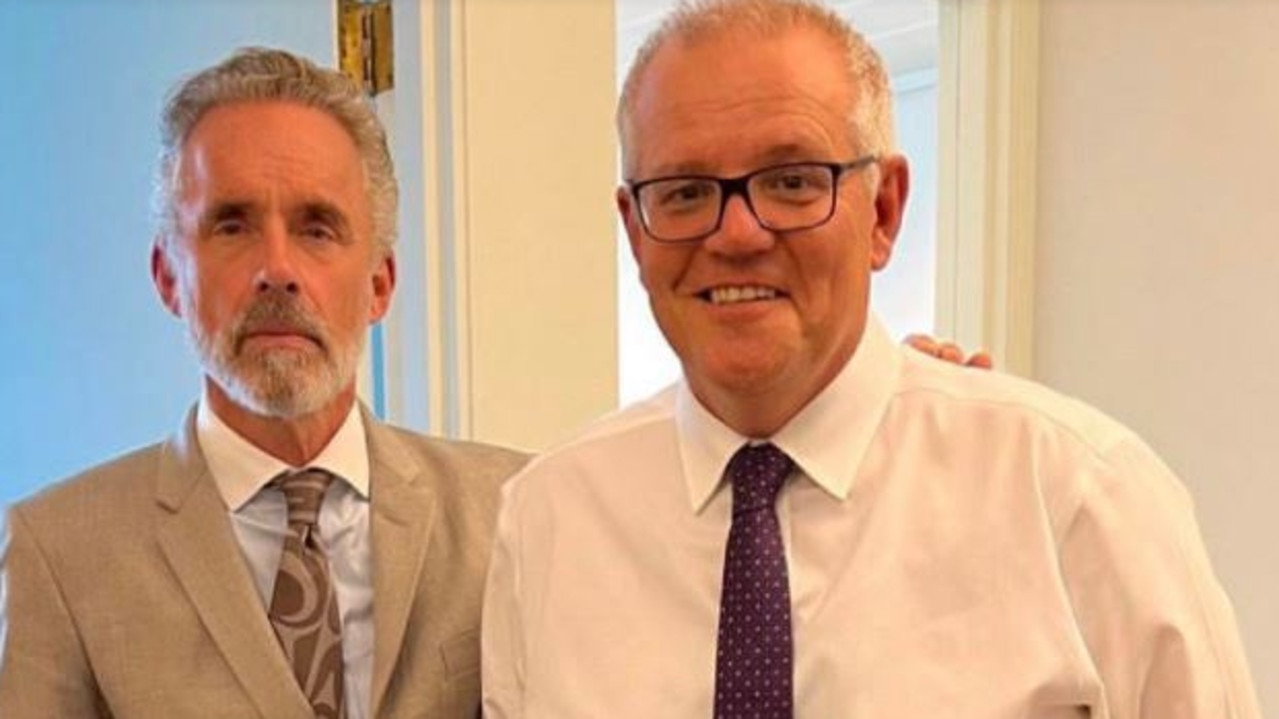 ScoMo was all smiles as he met Jordan Peterson recently. Picture: Facebook

The advice found the Governor-General had little choice but to agree to the changes.

“The Governor-General has no discretion to refuse to accept the prime minister’s (Mr Morrison’s) advice in relation to such an appointment,’’ the legal advice states.