A father who returned to Melbourne from a work trip in Singapore was horrified to learn via the media — rather than Qantas or health authorities — that he was on a flight with three people infected with measles.

Mike King has three children under the age of five, including nine-month-old Marlowe who is yet to be vaccinated against measles.

That vaccine is not scheduled until Marlowe is one year old.

After reading an article on news.com.au on Friday morning, Mr King’s “heart sank” when he realised he was on-board flight QF36 with the sick trio, two of whom were infectious on the plane.

He immediately isolated from his family, choosing to stay in a spare bedroom at his mother’s house. 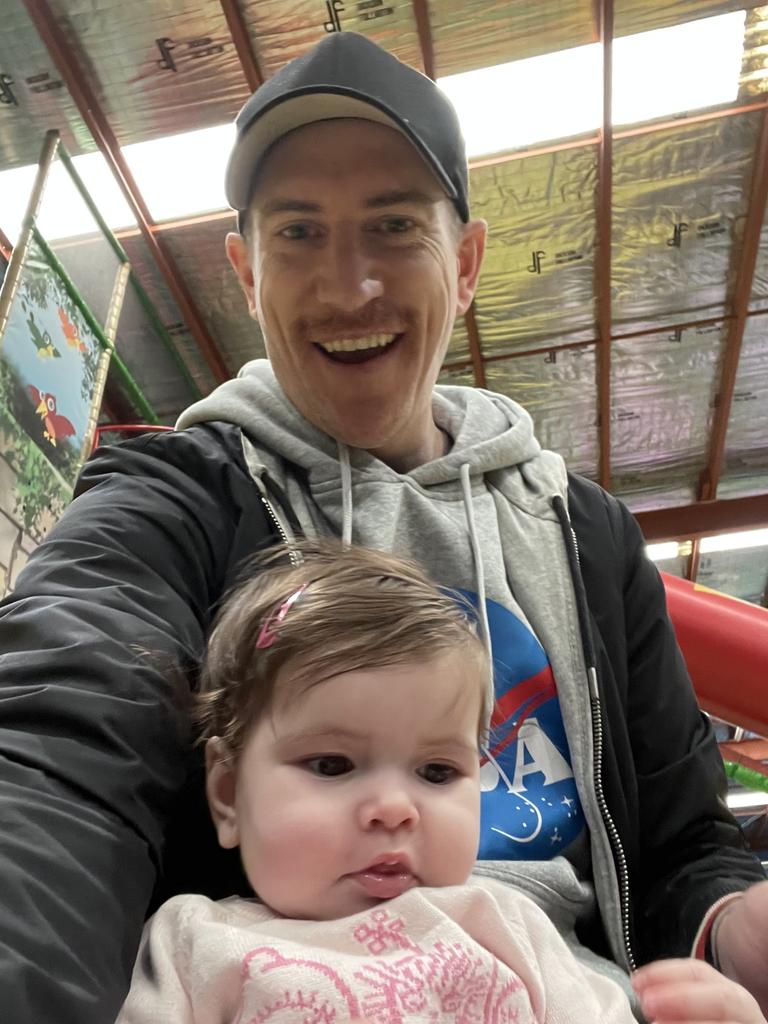 Mike King has expressed frustration at the lack of communication about the confirmed cases of measles. Picture: Supplied by Mike King to NCA NewsWire 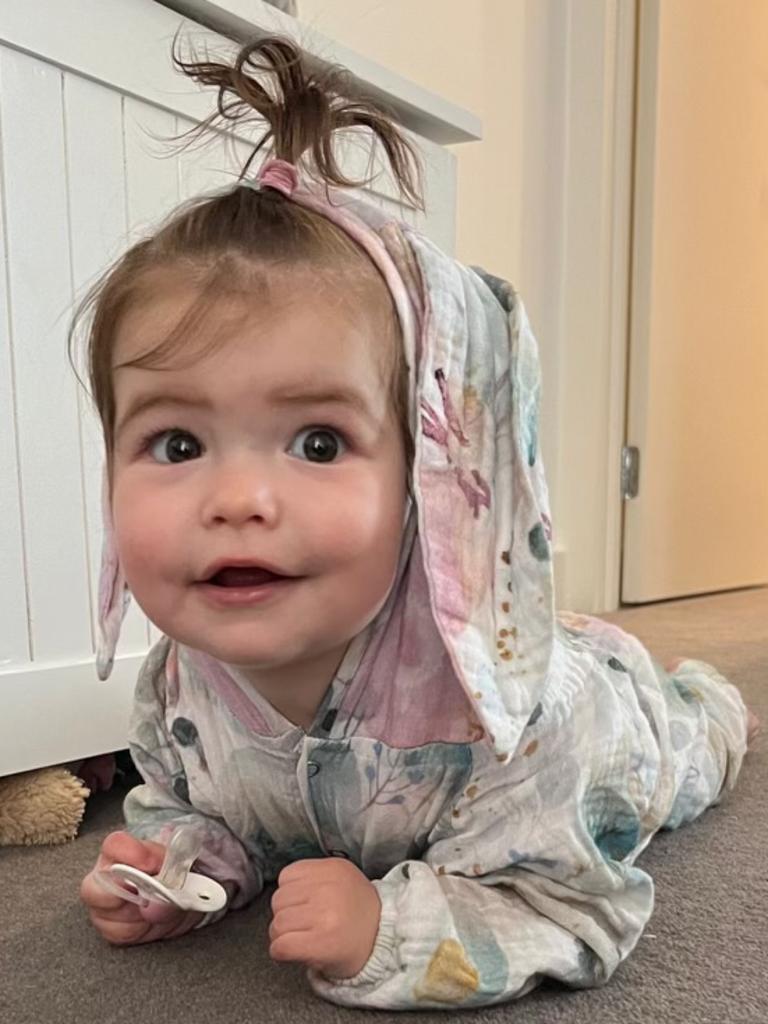 Nine-month-old Marlowe is not scheduled to get the measles vaccine until she is one year old. Picture: Supplied by Mike King to NCA NewsWire

Mr King also stayed away from his workplace and alerted a colleague who was with him on the business trip.

He told NCA NewsWire he had developed a sore throat, which concerned him because it could be a symptom of measles.

Despite making several phone calls to the airline and Melbourne Airport, Mr King has not been able to get any answers about the poor communication to travellers.

It was only his GP who assisted and gave advice, he added.

Mr King got a blood test on Friday afternoon and nervously waited for the results.

“They said they would attempt to fast track the results,” he said.

He later decided to ring the pathology service himself when he did not hear back.

“They said their results were partially completed but not fully,” he said.

“Then I saw this morning I had a missed call from a private number at 11pm last night.

“So I checked my email and that was an email from my doctor to say that the results were in and that while I had been vaccinated in my history that I carried no immunity.” 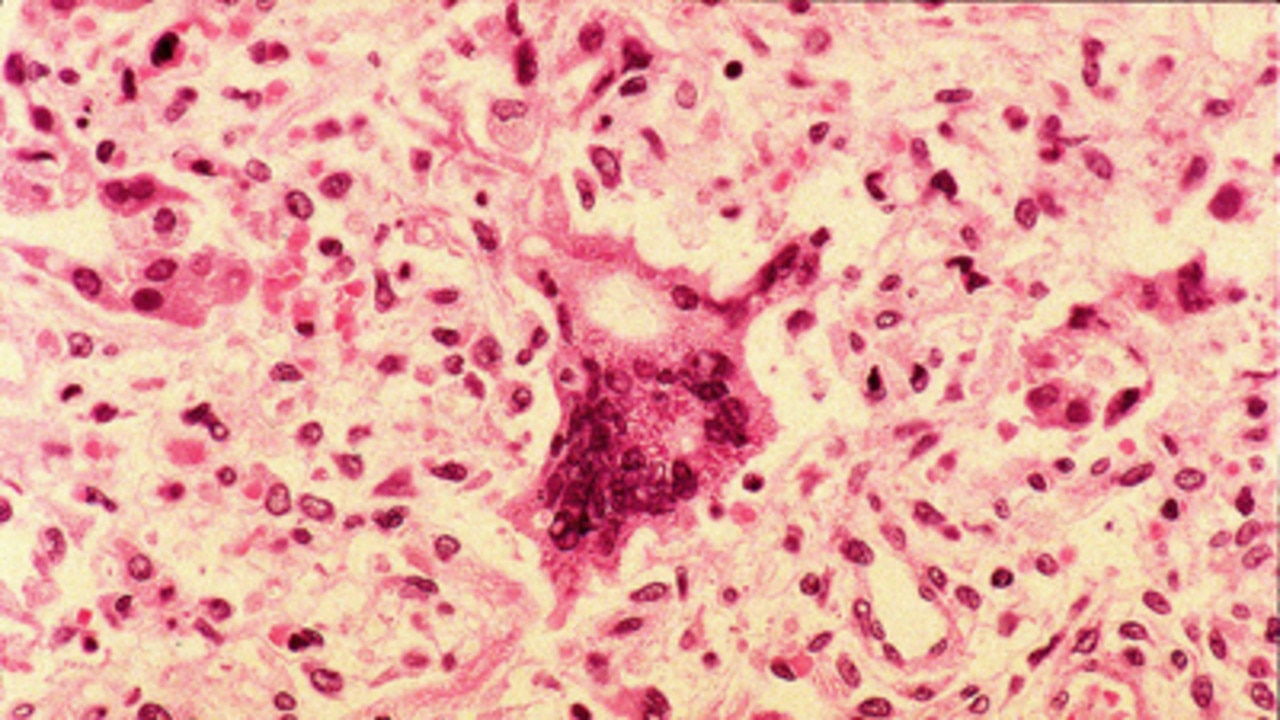 A Measle virus under a microscope. 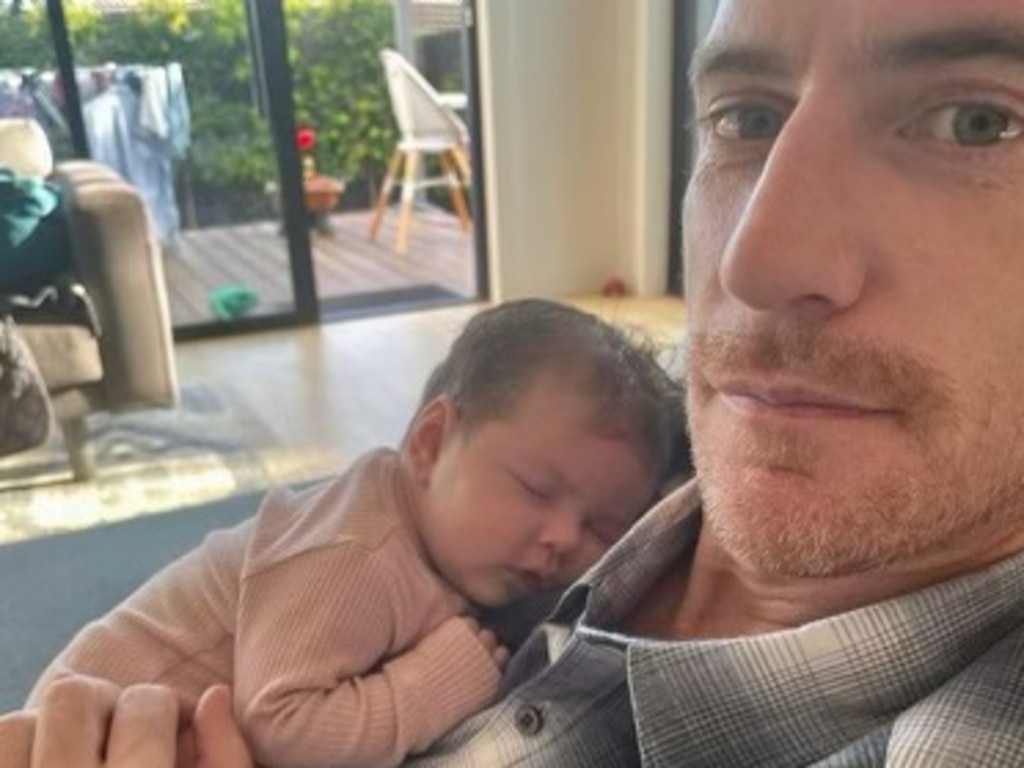 Mike King is worried about his nine-month-old daughter. Picture: Supplied by Mike King to NCA NewsWire

Mr King then turned his attention to Qantas, hoping to find out how close he was to the infected cases.

“I rang Qantas and that was just the most frustrating experience because you go through the requests and … you’re put through to a call centre,” he said.

“The first call centre I was put through to was in South Africa and I explained the situation.

“I didn’t get out of my seat, but obviously they may have … of course, my main priority is my daughter.”

Mr King wanted to speak to the manager but there was no one available.

“I’m not asking for anyone’s name. I’m just asking what was the seat or row,” he said.

He was allegedly told to try calling again and hope he got through to an Australian call centre.

In total, he made four phone calls to Qantas but failed to get any answers, he said. 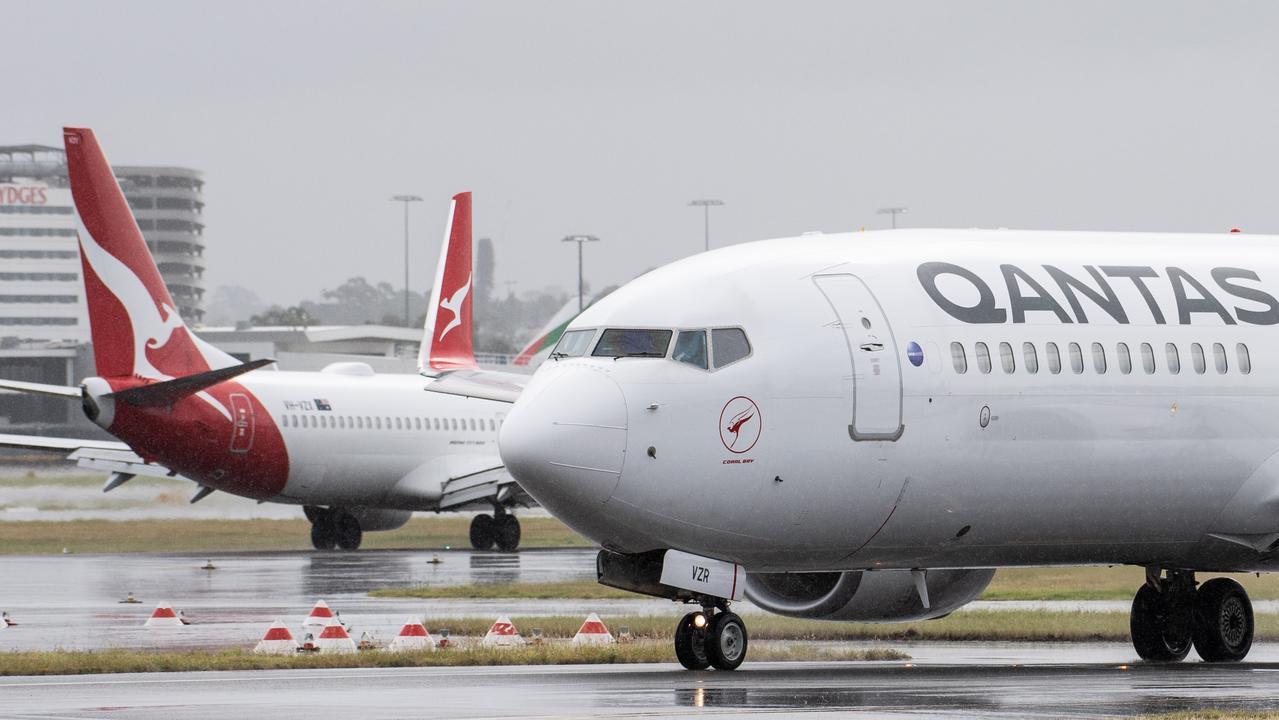 Mr King then tried calling Melbourne Airport but after he went up the queue, he was returned to a list of call options, effectively leaving him in a loop going nowhere.

He said he was “astounded” that there had been such poor communication about such a highly infectious illness.

“What if I hadn’t read the article? And I’m not alone — it was a packed flight,” he said.

A Qantas spokesperson told NCA NewsWire that health authorities were responsible for managing contact tracing for infectious diseases, not airlines.

“In the recent measles case, we worked with the Victorian Health department as they made contact with passengers on our flight, as well as with other people who the infectious person may have come into contact with in the community,” they said.

NCA NewsWire sought comment from the Victorian Health Department but did not receive a response by deadline. 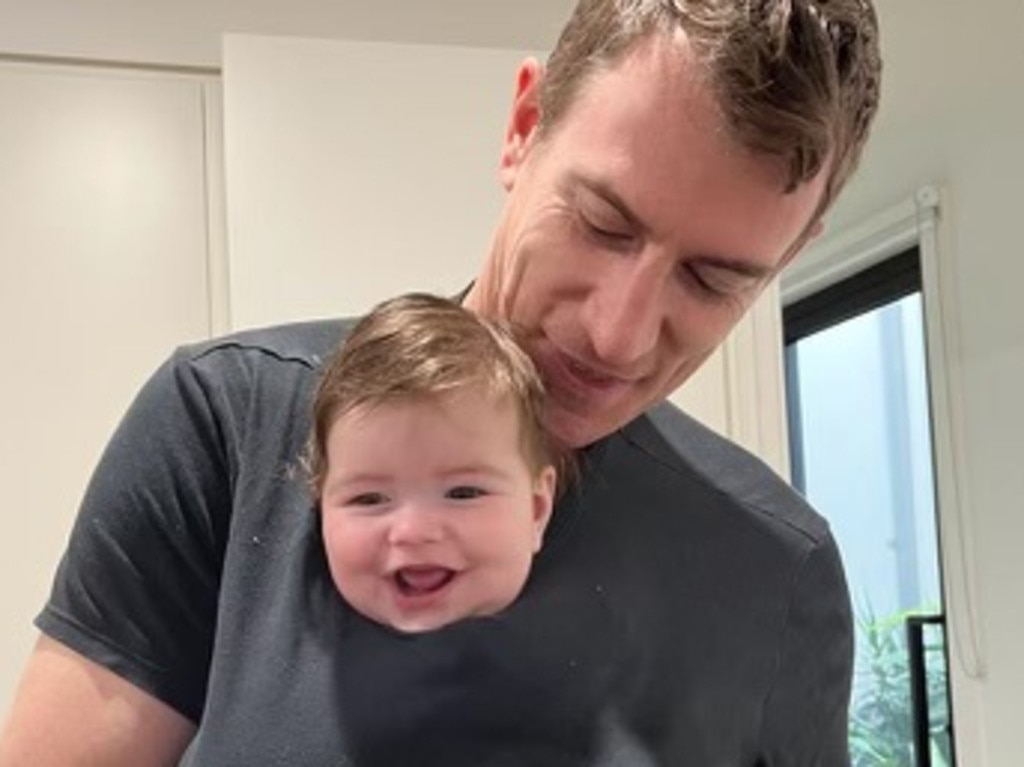 Mike King says he has reached out to Qantas and Melbourne Airport. Picture: Supplied by Mike King to NCA NewsWire

There were two public exposure sites in Victoria linked to the three cases — Qantas flight QF36/Emirates flight EK5036 from Singapore to Melbourne, which landed at 6.10am on Tuesday, and Melbourne Airport International Arrivals from 6.10am to 8.40am on Tuesday.

People are warned to monitor for symptoms until December 3.

Five measles cases have now been reported in Victoria since January.

“Measles is a highly infectious viral disease that spreads quickly with close contact, especially in those who are not fully vaccinated,” Victoria’s deputy chief health officer Deborah Friedman said in a statement on Friday.

“Young children and adults with weakened immune systems are the most at risk of serious illness.”

Illness usually begins with cold-like symptoms such as a runny nose, red eyes and a cough, followed by fever and a rash.

“People can develop pneumonia and other serious complications from the measles, and often need to be hospitalised,” Associate Professor Friedman said.