Australians right across the country erupted into celebration in the early hours of the morning as the Socceroos broke a 16-year drought at the World Cup.

Raucous cheers emanated from pubs and clubs as Matthew Leckie scored the first and only goal of the game in the 60th minute, leading to the 1-0 defeat of Denmark.

Australia will now progress into the group stages – a feat not achieved since stars Harry Kewell and Tim Cahill took to the field in 2006.

Thousands of fans crammed into Federation Square in Melbourne’s CBD where an outdoor screening of the match quickly descended into mayhem. 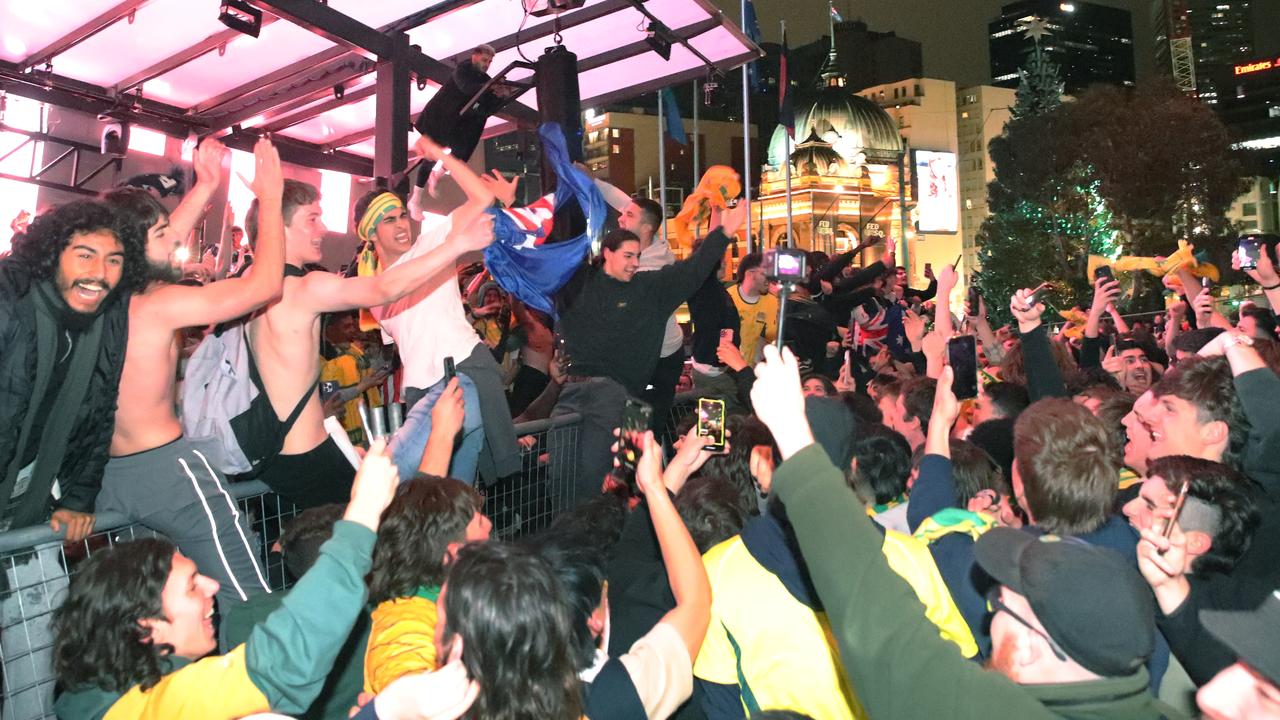 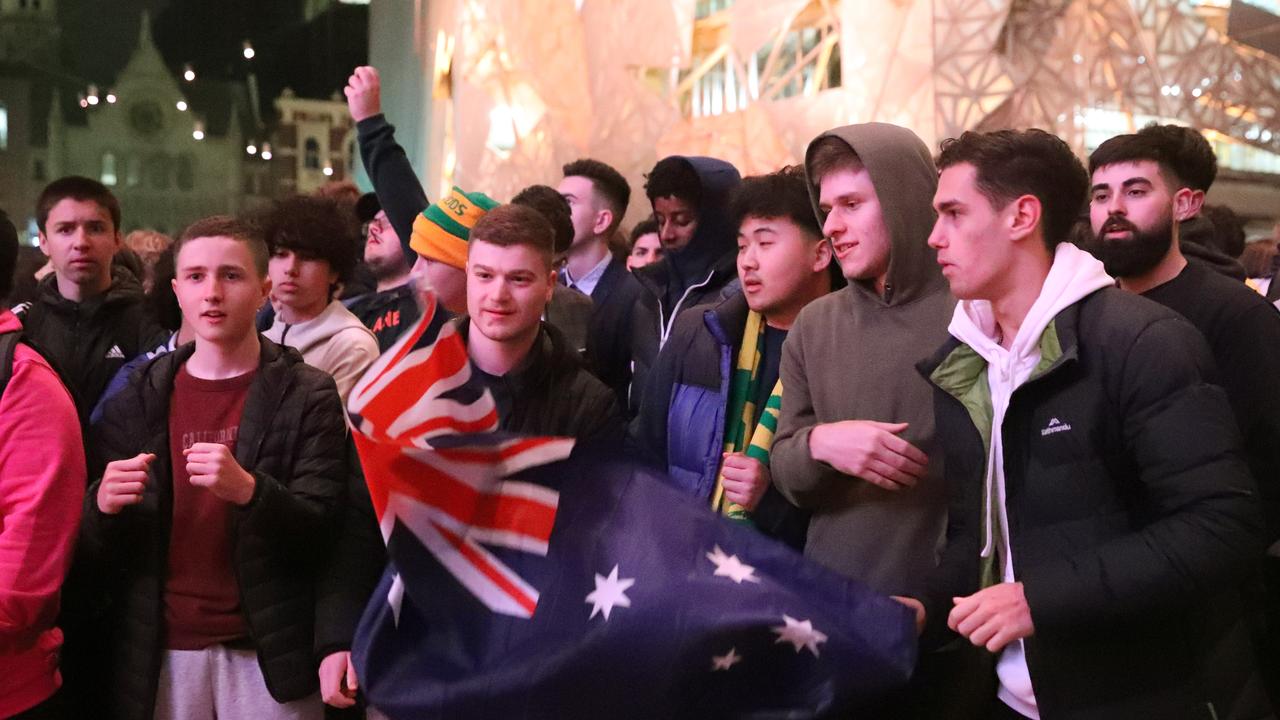 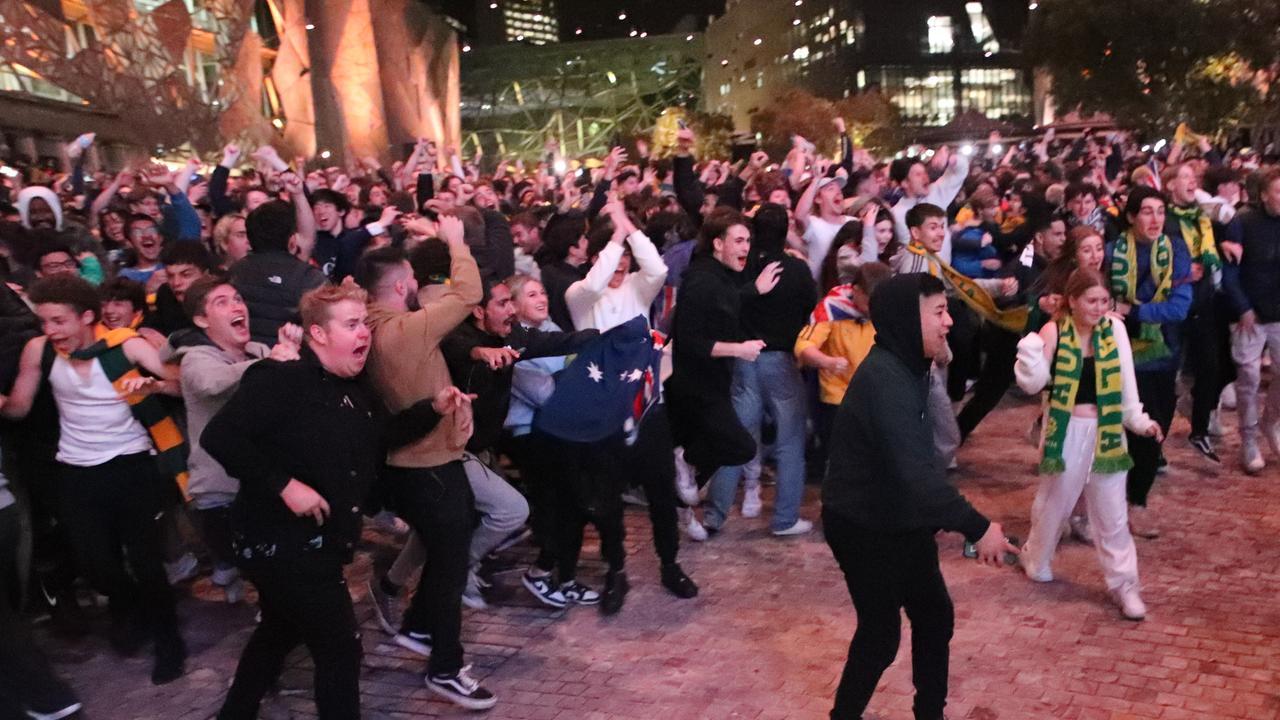 The moment the game was called, the sea of green and gold erupted. Picture: NCA NewsWire / David Crosling 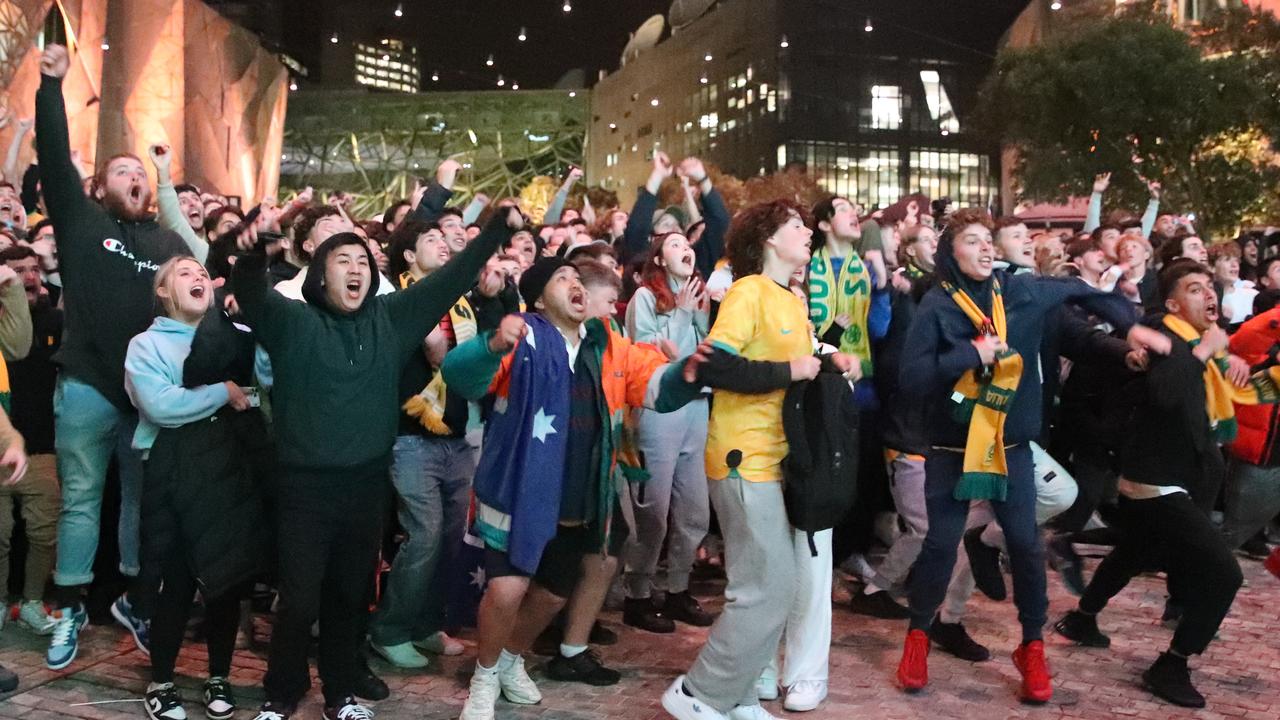 The Socceroos will now progress into the Round of 16 for the first time in 16 years. Picture: NCA NewsWire / David Crosling

When the final seconds of the game ran out, fans roared in cheers and emotional scenes played out over a sea of green and gold.