A man working in the Northern Territory has escaped a potential attack from a saltwater crocodile.

Travelling across the Arnhem Land region, Kane Marcus and his friend spotted the massive reptile while driving to work.

In footage later shared with the ABC, Mr Marcus exits his truck to try to take a photo with the crocodile. At this point the animal leaps off the ground and can be seen snapping at him. 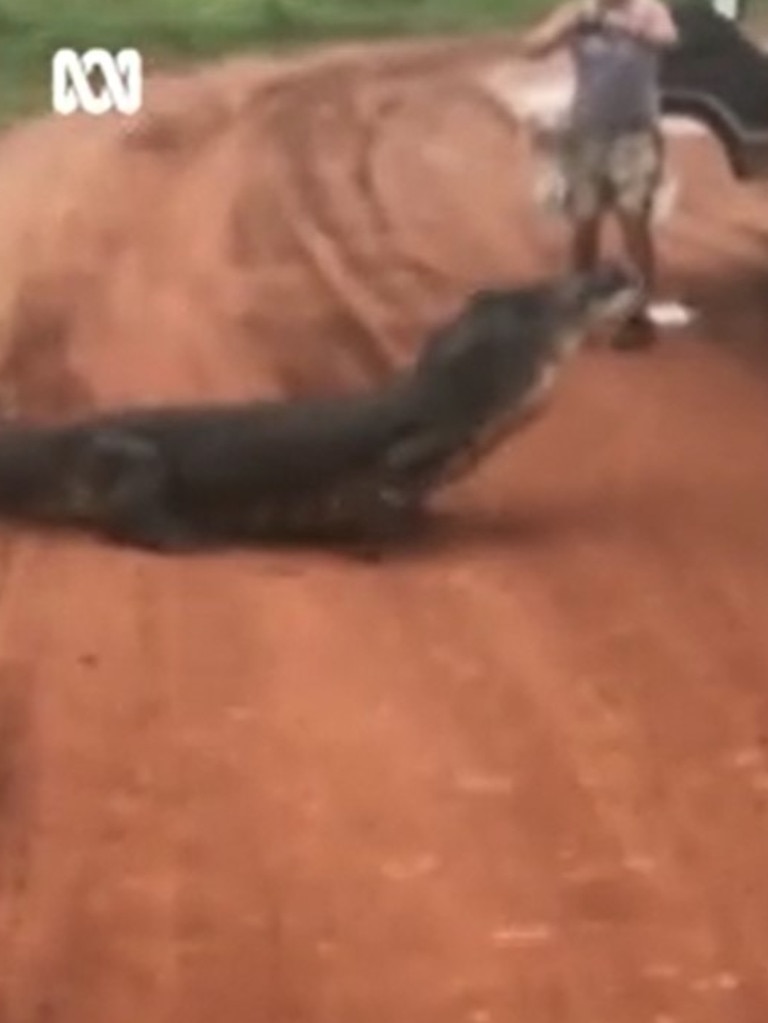 The crocodile appeared to snap at the man. Picture: Facebook/ ABC. 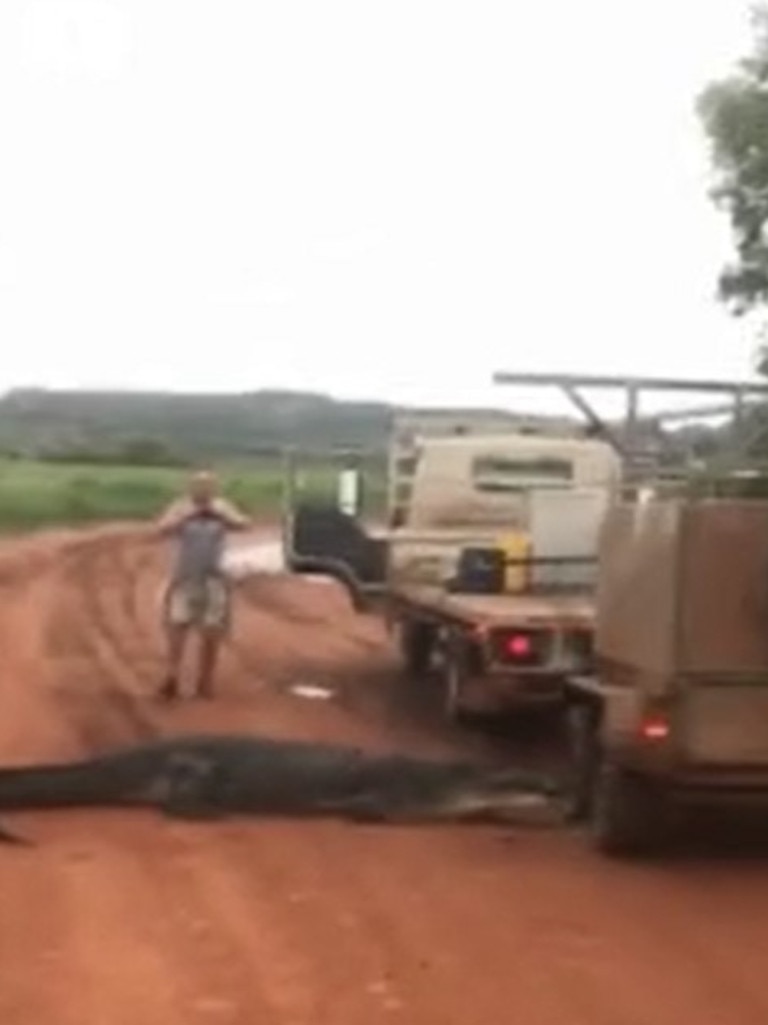 The crocodile appears to slink off into the vegetation. Picture: Facebook/ ABC.

This prompts the man to jump back onto the truck, while his friend continues filming. Eventually, after hiding underneath the truck, the crocodile crosses the road and disappears into the opposite vegetation. 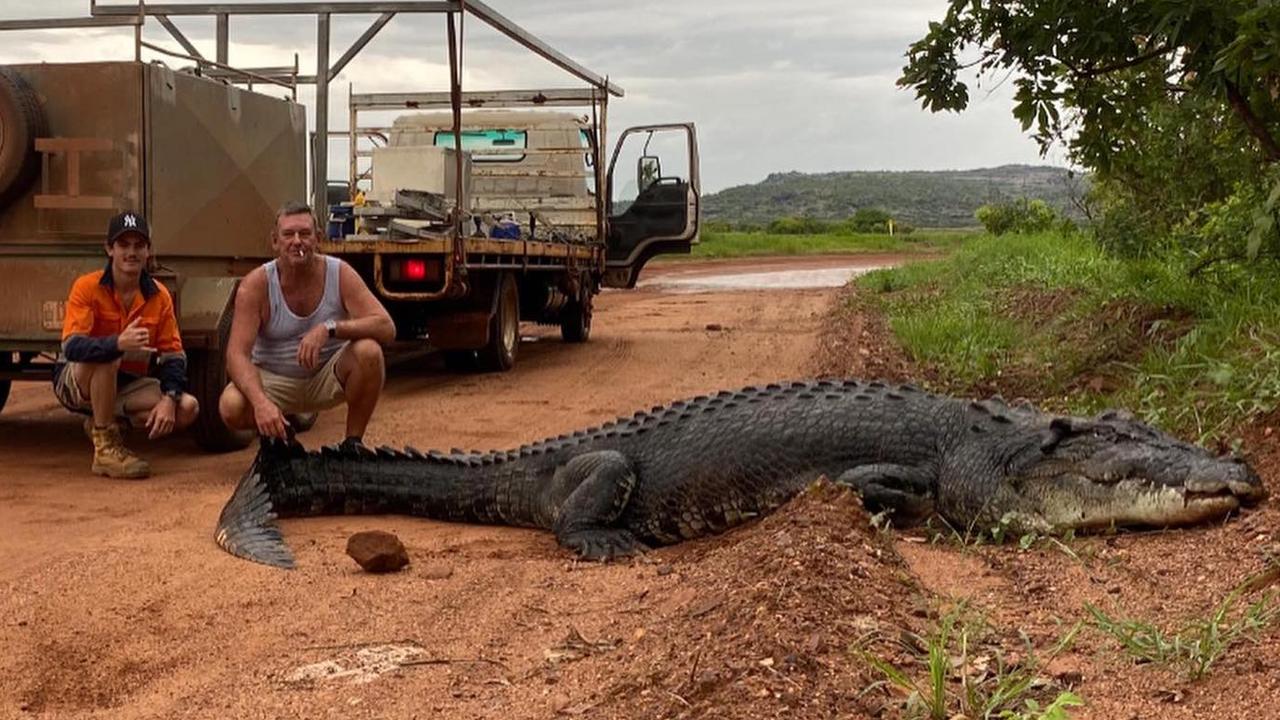 The workers managed to get a photo with the croc. Picture: Facebook/ Kane Marcus

According to the Northern Territory Government’s Be Crocwise initiative, there are more than 100,000 saltwater crocodiles in the territory at any given moment.

The species is one of the most aggressive and dangerous crocodiles, with females growing over 3 metres, with the male growing up to 6 metres.

“A large proportion of the coastal region of the Northern Territory is an ideal habitat for saltwater crocodiles, particularly the big, productive ‘coastal’ wetlands and rivers,” the site states. Earlier this month, veteran ranger from the Department of Environment, Parks and Water Security warned residents to be aware of the deadly reptiles. He told the NT News that the department had caught 225 this year, with that figure exceeding “300-plus” captures on an annual basis.

“Our message all year round is to be crocodile aware,” he said.

“Quite often we’re getting calls, especially in the rural area during the flood time, about crocodiles in people’s backyards, swimming pools, all over the place.

“Our message is only swim where there’s a sign saying you can swim.”