A devastating accident which claimed the lives of four men in Victoria’s north was “avoidable”, police have claimed.

About 4.45pm on Wednesday, a Peugeot hatchback carrying five men was hit by a Toyota Hilux at “high speed” on Pine Lodge North Road near the regional city of Shepparton.

Three men, sitting in the rear of the Peugeot and believed to not be wearing seatbelts, were killed after they were ejected from the vehicle, while the front passenger died from his injuries.

Two of the deceased, aged in their 40s, have been identified while police are still working to identify the other two men.

Victoria Police Acting Assistant Commissioner Justin Goldsmith said investigators believed the crash occurred when the Peugeot crossed into the path of the 4WD in “a T-bone-type collision”.

“The scene up there is devastating and incredibly confronting for even experienced collision investigators,” he said.

“It‘s absolutely tragic, but I’d like to stress that these sorts of accidents are avoidable … the ripple effect it has on the community is enormous.

“We are still working through what factors are at play.” 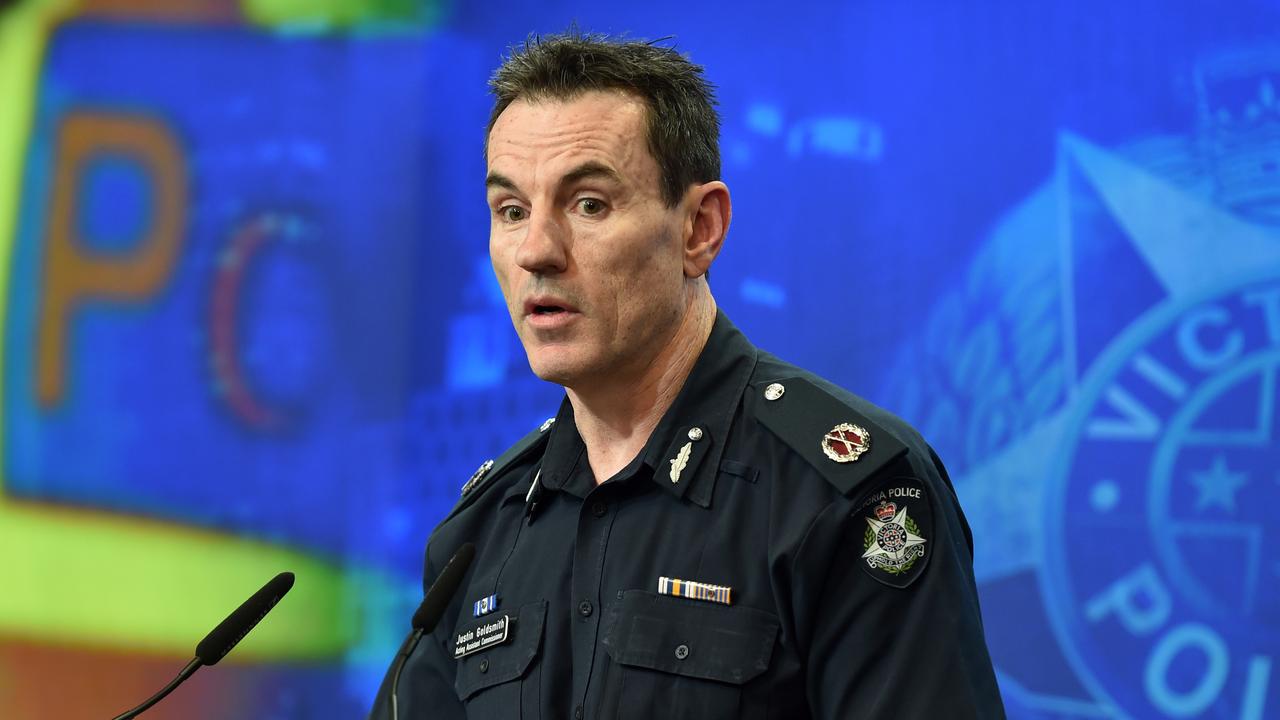 The driver of the Peugeot was flown to The Royal Melbourne hospital with chest and rib injuries.

He is expected to survive and is scheduled to undergo surgery on Thursday.

The driver of the Toyota, a 29-year-old Nathalia man, suffered minor injuries and was taken to the Goulburn Valley hospital where he is expected to be released in the coming days.

Acting Assistant Commissioner Goldsmith said it was “quite remarkable” he escaped without serious injury.

“He was clearly in a state of shock,” he said.

“I think he was able to walk around afterwards, which is incredible. The impact would have been enormous.”

He said the major crash investigation unit had worked through the night to establish what happened, but would need to speak to both drivers.

“At this stage there isn’t any suggestion of excessive speed, drugs or alcohol,” he said.

“The next step is to wait until both drivers are interviewed.”

Nearby residents have described the intersection where the crash occurred as “notorious”, with multiple near-misses.

Acting Assistant Commissioner Goldsmith said the “tragic incident” should serve as a reminder for drivers to take care on the road.

“Towards the end of last year we had some real improvement in road trauma (figures) and we were hoping to take that momentum into 2023,” he said.

“We’ve already had six people killed on the roads this year, with another fatality this morning.

“We ask motorists to take the opportunity to really think about their driving habits and take care on the roads.”

“It’s a terrible, terrible incident that has occurred,” he said.

“Any detail, any information, anything we can do to make that intersection safer, we will.”