An aerial picture has exposed the true extent of the floods in WA as towns are cut off by rising water levels.

The image, taken near the Fitzroy Crossing in the Kimberley region, shows bails of hay being lowered to stranded cows surrounded by water.

The photograph comes as towns, including Broome and Fitzroy Crossing, remain cut off from the rest of the state. 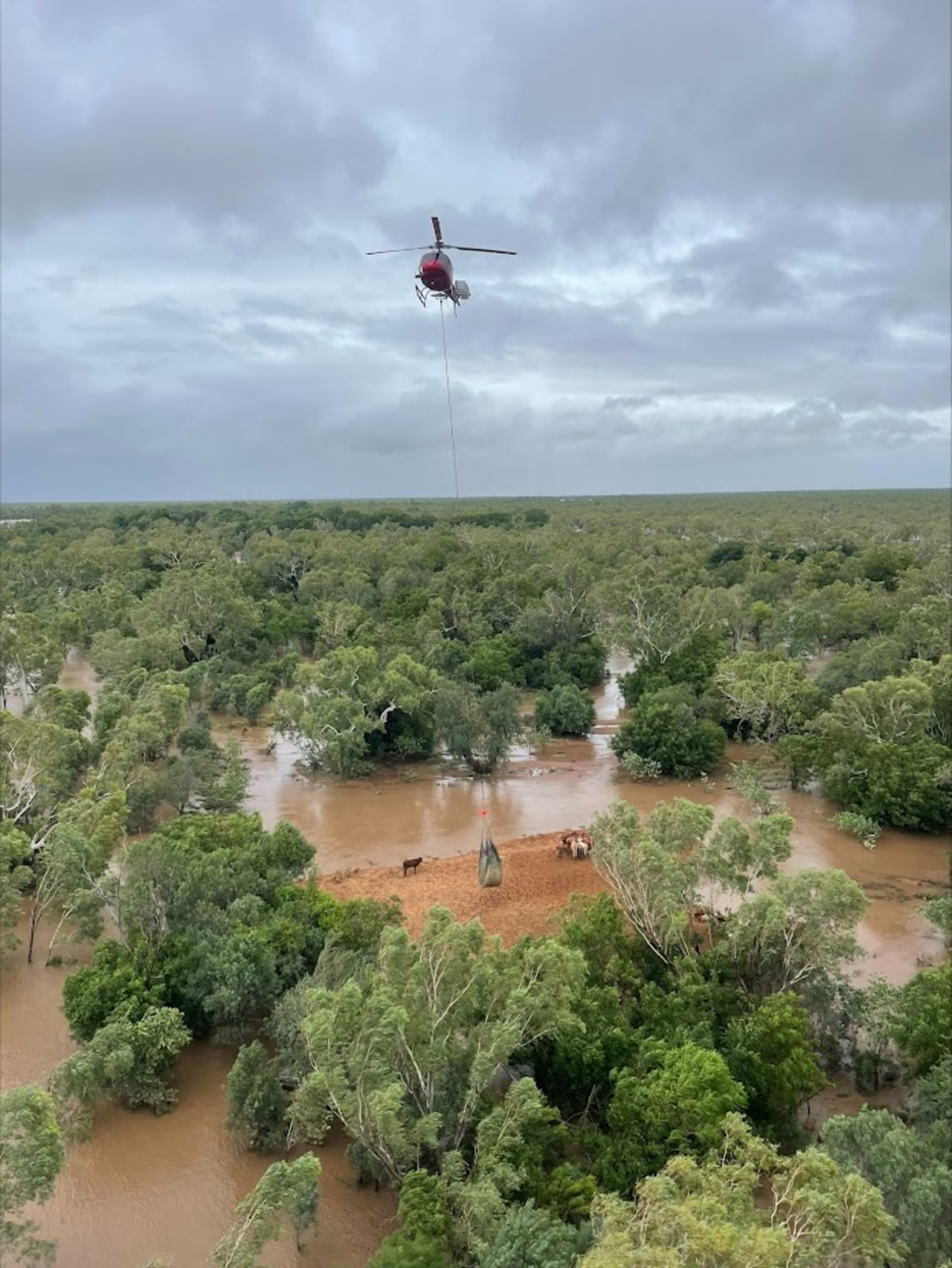 Trapped livestock being flown to safety in the Kimberly. Source: Supplied, DFES 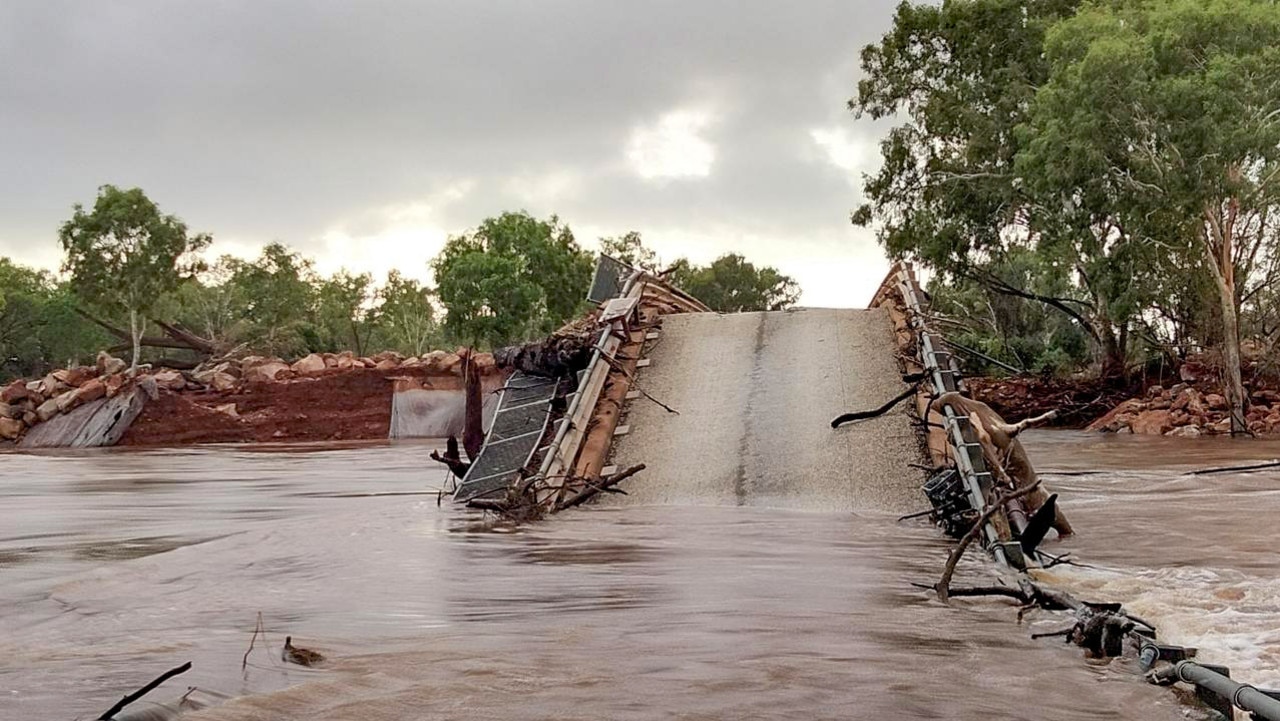 Part of the Fitzroy River Bridge has collapsed due to flooding. Source: Facebook, Steve Strike

While the system that caused the widespread inundation, ex-tropical cyclone Ellie, moves into the Northern Territory, communities across the Kimberley region are still dealing with the fallout.

Prime Minister Anthony Albanese touched down in Broome overnight, with WA Premier Mark McGowan due to arrive on Monday ahead of the pair touring devastated communities. 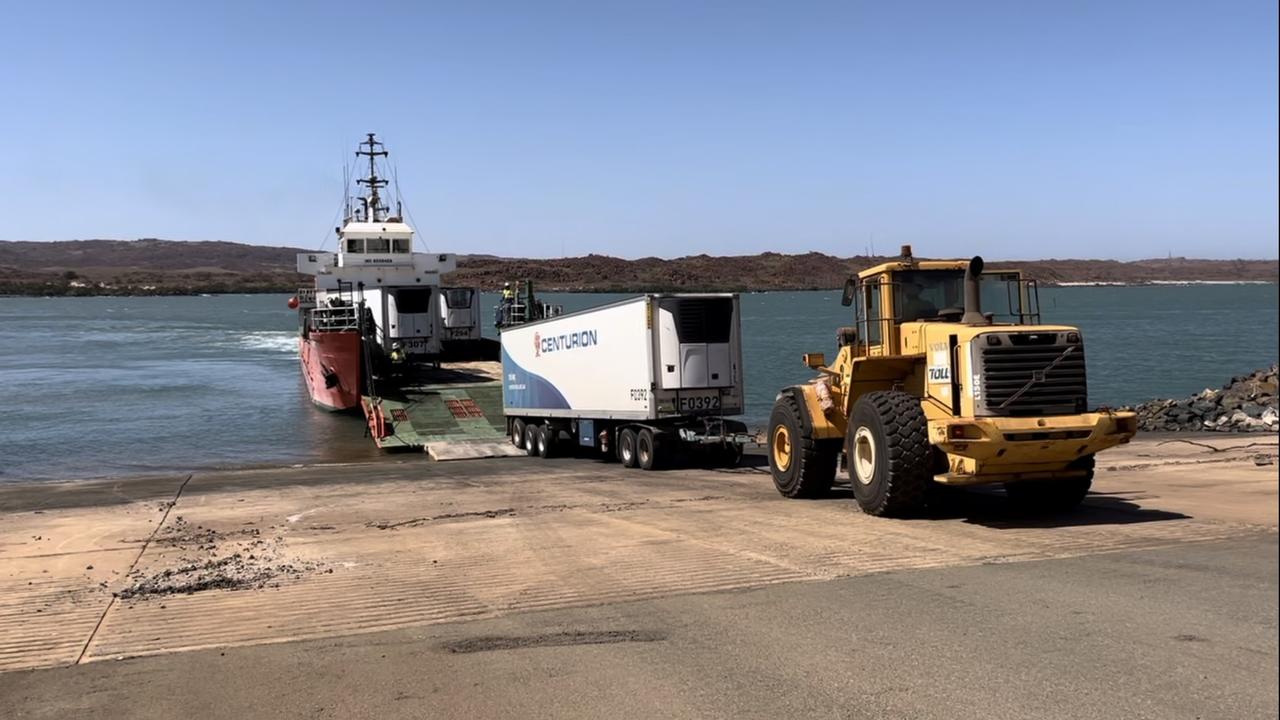 Nearly 110,000kg of food and essential supplies being loaded onto a barge headed for Broome. Source: Facebook, DFES

They’ll be flown in to Fitzroy Crossing to see the damage first-hand, before returning to Broome to meet with emergency services workers and volunteers who’ve been working tirelessly over the last week to keep the community safe.

As at Monday morning, flood levels are falling steadily at locations along the Fitzroy River. However, they continue to rise downstream at Pandanus Park and Willare. 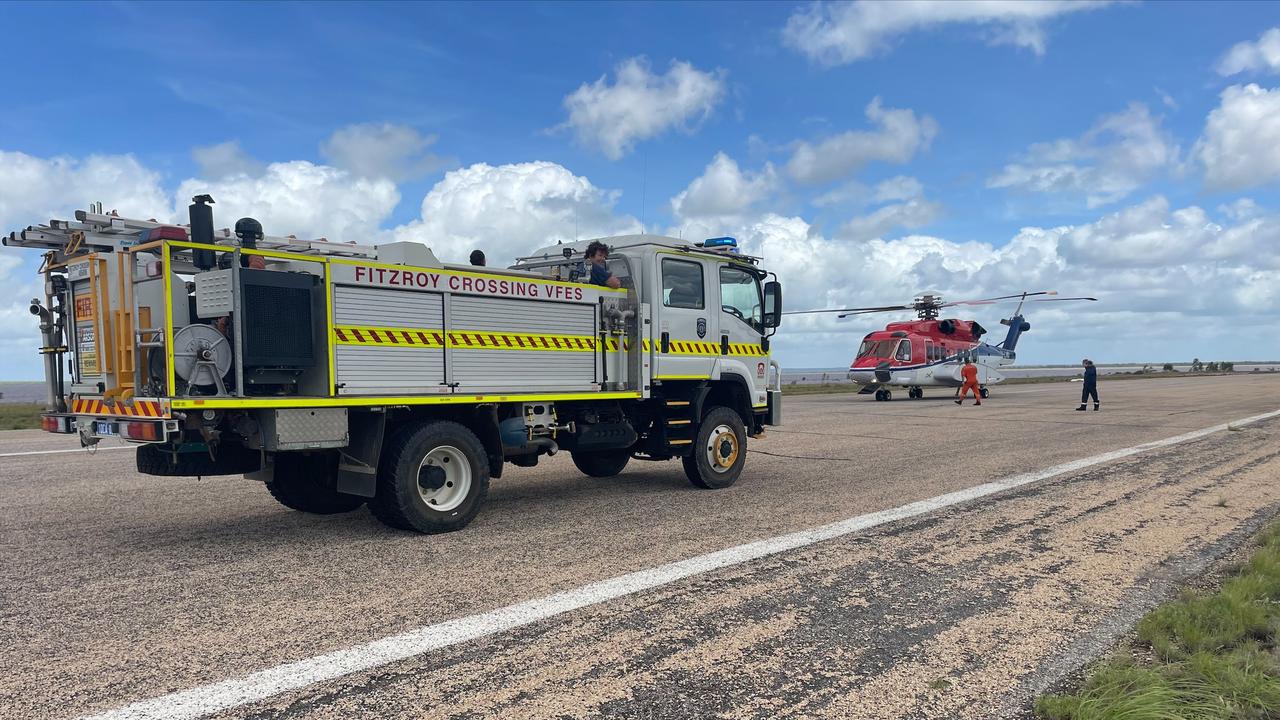 The state’s Department of Fire and Emergency Services has received 54 Requests for Assistance since last Monday afternoon.

Around 230 people have been relocated so far, with 17 aircraft across the region assisting — including the three Defence Force planes which flew in late last week.

More information can be found here.