A young couple has revealed how one single text cost them their entire life savings after scammers targeted them in a vile banking scam.

James Green and Sarah Gerendarsi, from Victoria, were robbed of their hard-earned $100,000 after following the lead of a scammer pretending to be a Westpac employee.

It began when Mr Green received what seemed to be a genuine text from Uber asking him to update his bank account details, only to later find out it was all part of an elaborate scam.

An hour and a half later, he received a text from the same Westpac text line he had been contacted on before, telling him scammers were trying to take $5,500 from his account.

“When you’re in a position where you think your money is leaving your account and you’re stressed, it’s a time when they can catch you when you’re vulnerable,” Ms Gerendarsi told Sunrise.

Mr Green called the security number included in the text, which again appeared to be a legitimate Westpac number, and spoke to a person he believed to be a worker.

“He seemed like a trustworthy person. He had a British accent and was very well-spoken,” Mr Green said. 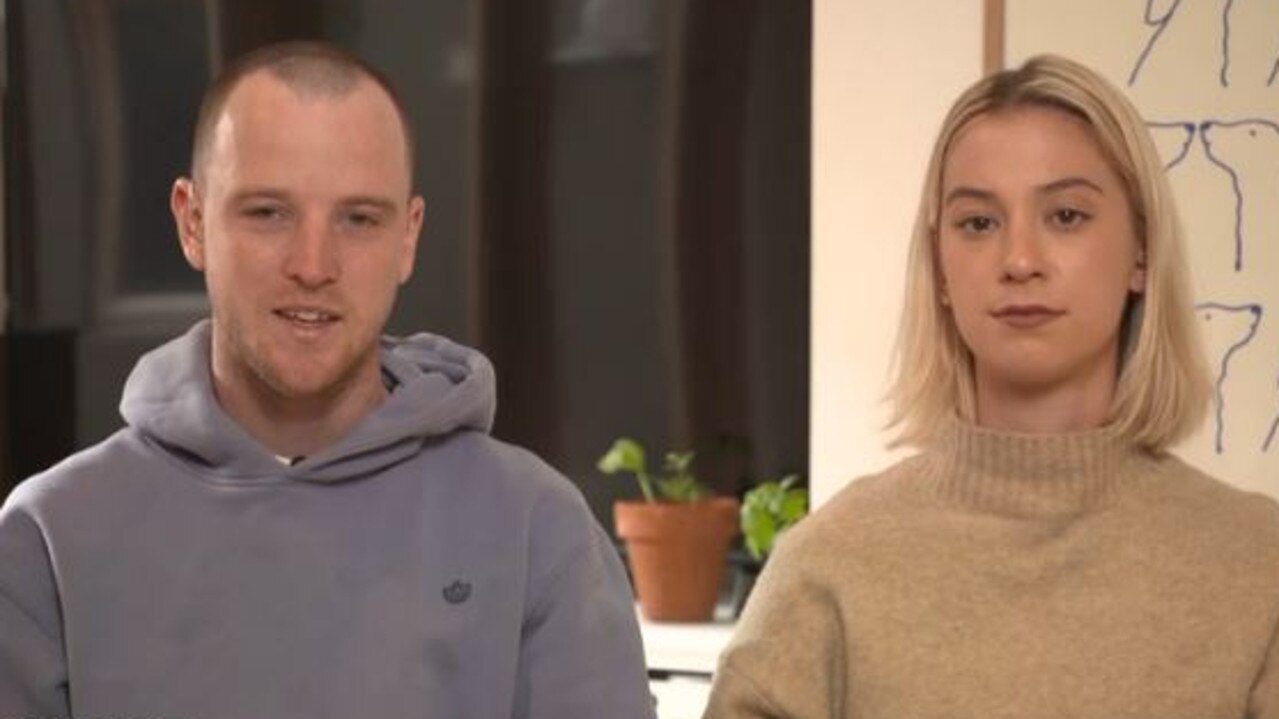 “He was obviously very well versed in banking lingo and that sort of thing and was saying I should be doing this in a private room so people don’t overhear my account details.”

Mr Green said the scammer made him feel a bit silly for clicking on the Uber link, and said it was “lucky” he had called the fraud hotline.

He followed the fake employee’s advice to move his money into a new account where he was under the impression it would be safe from scammers.

After transferring large chunks of savings in gradual increments, even increasing his daily withdrawal limit, four days later, he had lost close to $100,000.

When the couple came to the crushing realisation the whole exercise was a scam, they immediately explained what happened to Westpac and desperately tried to get their money back.

The bank however has dismissed taking any responsibility, and has offered the couple a measly $3000 settlement which they have until Monday to decide if they will accept.

“They have sent us an outcome letter essentially saying they have taken the responsibly and are no wrongdoing and the $3000 is really to close a complaint rather than reimburse any money, which is a shame because we know other people have had a lot more money returned in these exact cases,” Mr Green told Sunrise. The couple have taken their case to the Australian Financial Complaints Authority on the belief the bank’s phone line should not have been so easy to intercept.

“I can see Westpac’s point of view saying: ‘It’s not our fault you lost your money’ … But the fact they lost control and security of their text line that they have legitimately contacted you before, I think that brings some responsibility,” Mr Green said.

“They should be more secure of people who can access their text line to their customers.”

A system operating in the UK called Confirmation of Payee, which matches an account number with a real person’s name, may have prevented the scammer’s success.

The ACCC has encouraged the government to introduce the same process in Australia.