An ABC journalist has accused a NSW police officer of racism after an incident in Parramatta in Sydney’s west.

ABC News Western Sydney reporter Nabil Al Nashar alleged in a now-viral Twitter thread that a NSW police officer unfairly profiled him based on his Middle Eastern appearance while he was on the job, reporting on the alleged murder of a 31-year-old woman. 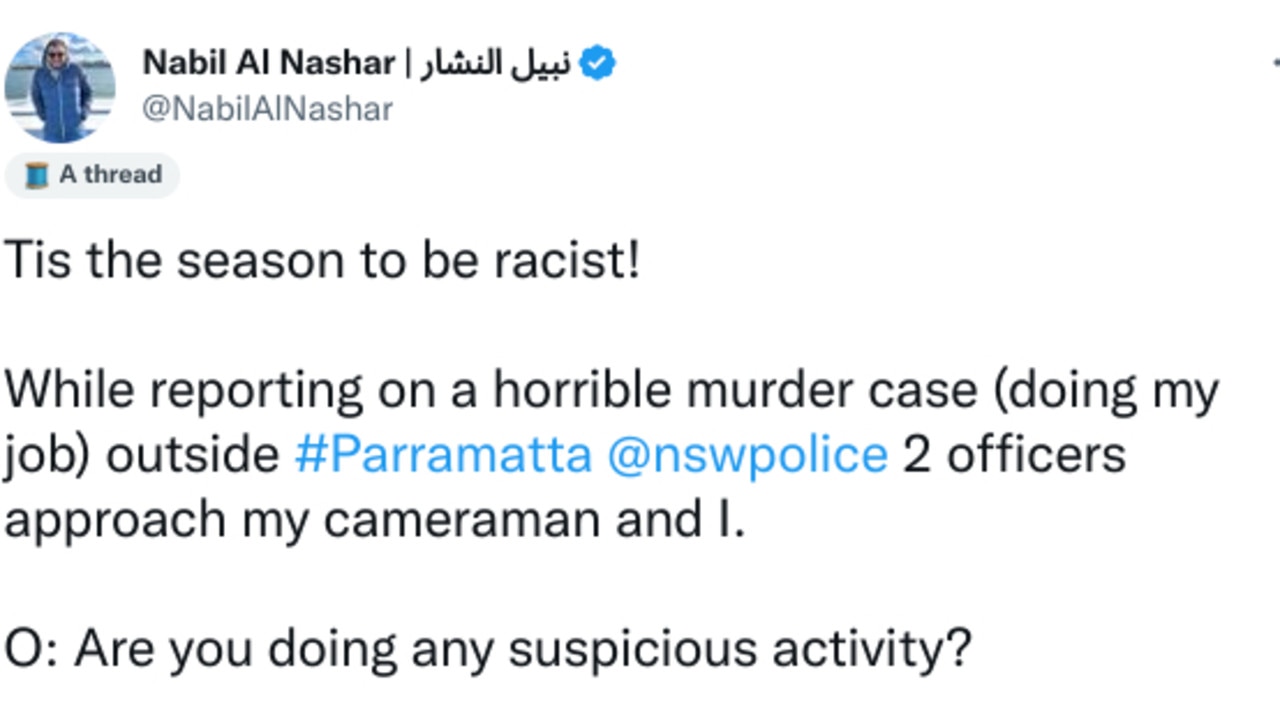 The Qatar-born former SBS journalist on Tuesday night tweeted: “Tis the season to be racist!

“While reporting on a horrible murder case (doing my job) outside #Parramatta @nswpolice 2 officers approach my cameraman and I.

“Officer: Are you doing any suspicious activity?

“Me: No officer, we’re media covering a murder case.”

The police officer then asked Mr Al Nashar and a cameraman to move to the footpath as they had been standing on private property, and he said they obliged immediately.
“But officer comedian decided it was a slow day and he wanted to do a bit,” he continued. 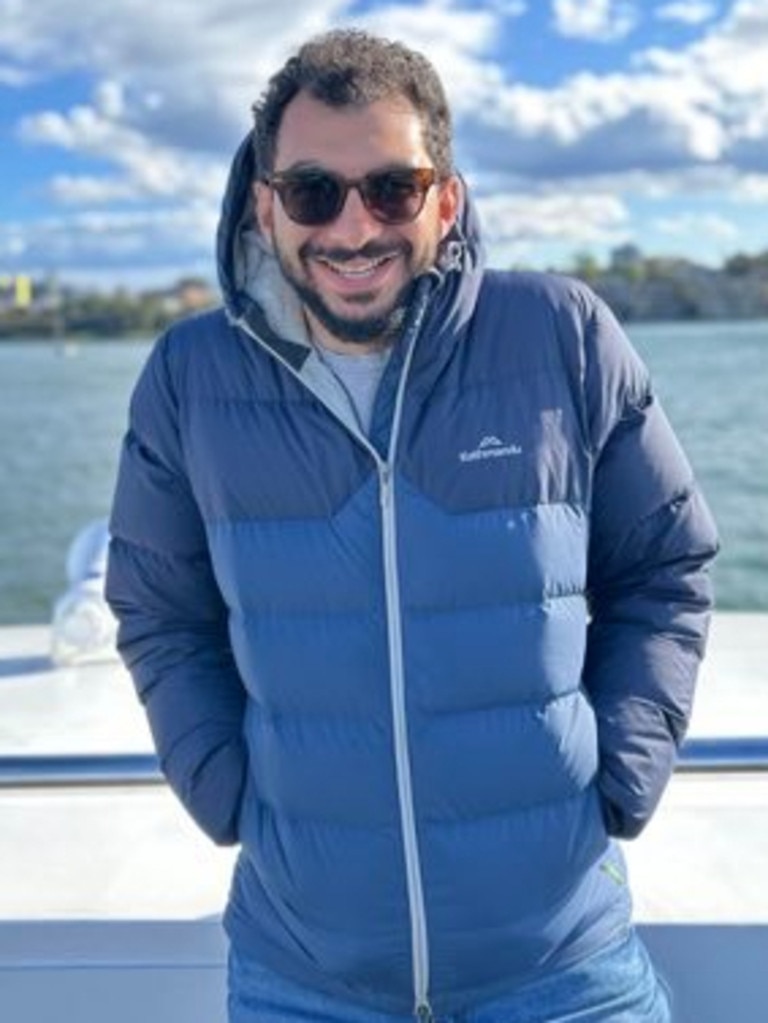 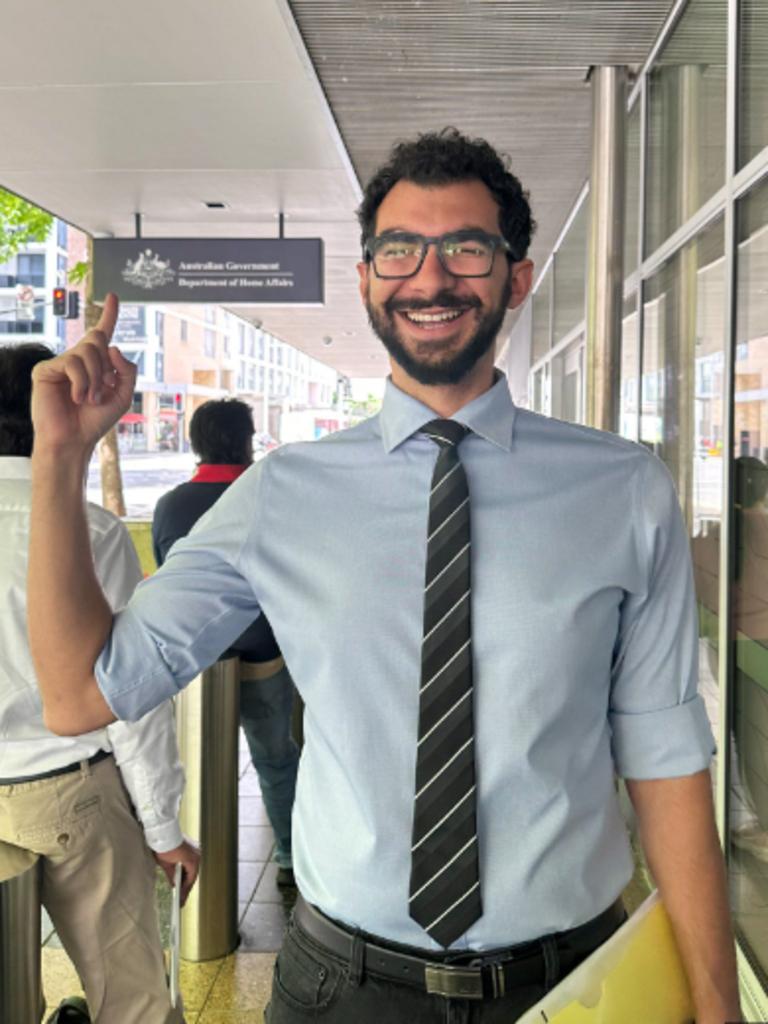 The police officer then proceeded to ask which news outlet Mr Al Nashar worked for, and when he replied that he works for the national broadcaster, the officer started “giggling to himself”.

Shockingly, the officer allegedly said: “Are you sure you’re not with … Al Jazeera?”

The reporter snapped back and said: “No, what makes you say that?”

The officer allegedly started looking the reporter “up and down” while heartily laughing, before replying: “You’re all casual on the bottom, business up top”.

Mr Al Nashar asked for clarification, questioning whether that was “something AJ journalists are known for”, before the officer walked away from the situation while continuing to laugh.

Mr Al Nashar confirmed in the same thread that he had made a formal complaint regarding the incident to NSW Police.

“You’d think he had bigger fish to fry … idk maybe … catch and on the loose murder suspect connected to the killing of a 31 year old woman just this Sunday.

“Nah big man got racist jokes … because I look Arab,” he lamented.

The original post garnered almost 1500 likes overnight, with many people in the comments slamming the state’s police force for the behaviour.

“I’m sorry you had this experience, Nabil. I’m glad you’re speaking about it here and that you have filed a complaint. I feel an ouch to know that someone could be treated this way. Being profiled and mocked by someone on duty with @NSWPolice is not OK. What kind of culture?” one user said.

In response, Mr Al Nashar said: “I could’ve gotten into it with him right then and there, but unlike him we’re professionals and we had a job to do. I’m curious to see what will come out of the complaint process.

“I want a face-to-face apology from that officer.”