The daughter of Queensland cop killers Nathaniel and Stacey Train spoke out for the first time in a gut-wrenching interview on Sunday night.

Madelyn Train revealed what she believes happened on the day of the violent confrontation in December that left two police officers, Nathaniel, Stacey, Nathaniel’s brother Gareth, and an innocent neighbour dead.

She also spoke about trying to cope with the loss of her parents and uncle.

“And I developed acute traumatic stress disorder from that, because grieving three of your family members is hard enough, but then finding out what they did, and then seeing everyone’s reaction to what they did.”

Gareth, Nathaniel and Stacey shot dead constables Rachel McCrow, 29, and Matthew Arnold, 26, along with neighbour Alan Dare, 58, on their isolated property in Wieambilla.

They also shot two other police officers who were able to flee with their lives. The daughter of Nathaniel, Gareth and Stacey Train has spoken. Picture: Channel 9

The Trains were already dressed in camouflage gear and were heavily armed when police arrived. They are reported to have created ‘kill zones’ and rigged up motion sensors to alert them to anyone coming near their land.

Nathaniel and Stacey had two children together before Stacey left her husband for Gareth.

Talking about her parents, Madelyn said: “They were both shot dead. Mum was trying to get out the back, it said she was armed but mum didn’t like guns, so I don’t know what she was armed with.

#EXCLUSIVE: The daughter and niece of the rural Queensland shooters that killed two young police officers and a good samaritan reveals what she believes led to the deadly day and how she now has to live with the actions of her family. #[email protected]_walsh9pic.twitter.com/4NQT50fepG

She said while she knew they had gun licences and a gun safe, and that Nathaniel had guns, she was not previously aware that Gareth owned any.

When asked what she believed happened that day, Madelyn said: “I’d say they were influenced by fear of the unknown, of whatever was happening and then not understanding.”

She also spoke about her “normal” upbringing before her life was turned upside down by the horrific massacre.

“I grew up in a really happy healthy family environment.” 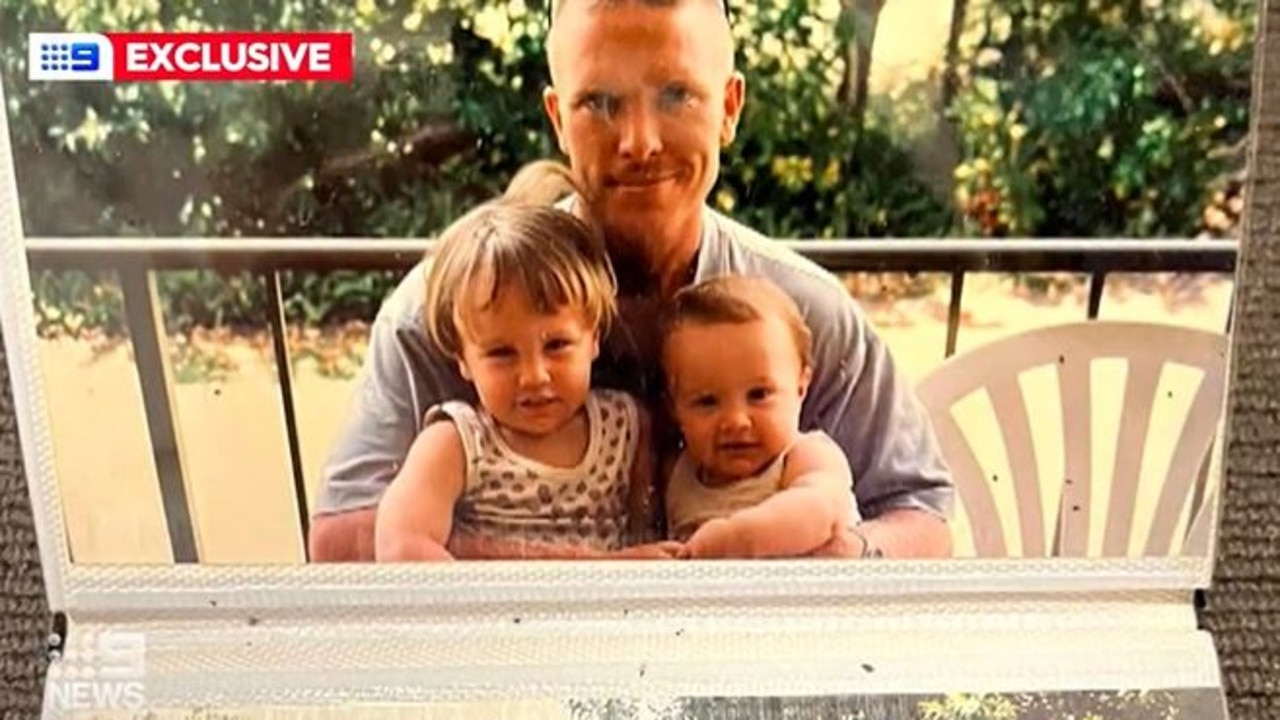 She said Gareth would often think as if he was in a military scenario because he wanted to join the military.

Madelyn hadn’t seen her family in years but continued to communicate with the via emails and texts, and said she hadn’t been overly concerned.

“If I was ever concerned I would say, ‘Hey, I don’t think that’s quite right, look at this article,’ and redirect it to something that was slightly more positive so that they had something else to read.” 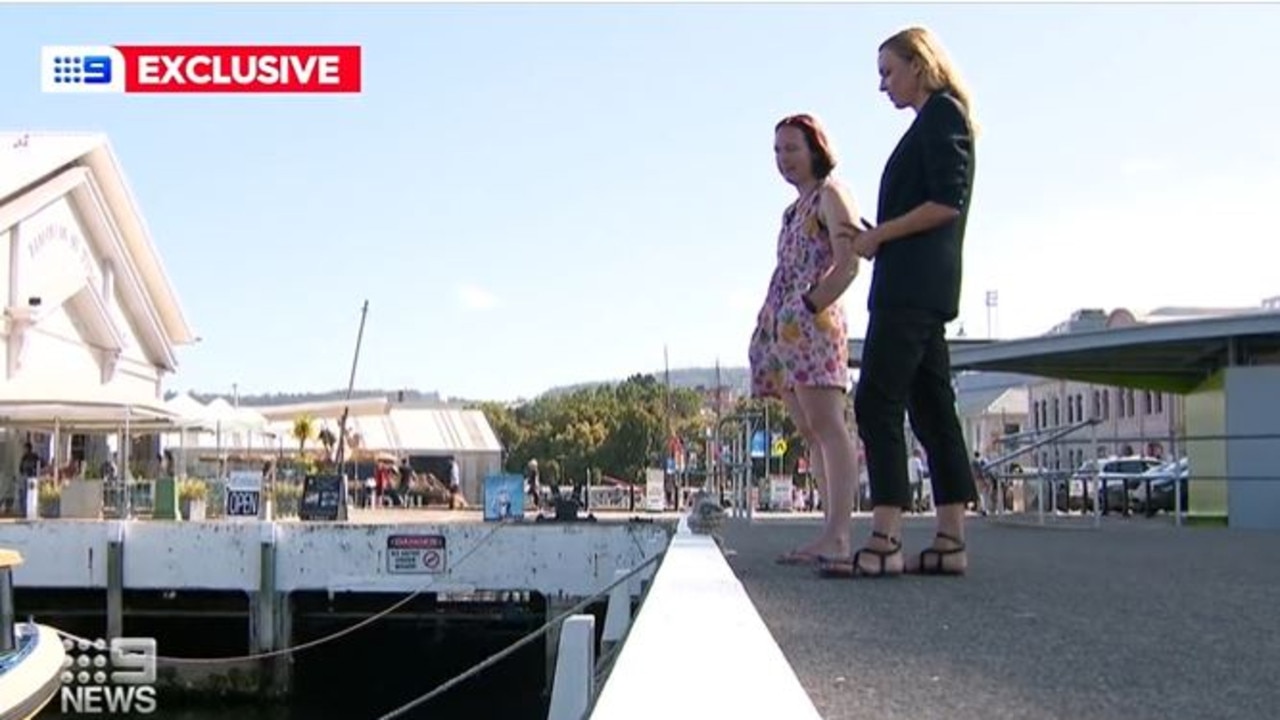 She said Gareth had become convinced the government was spying on them. Picture: Channel 9

Madelyn said that Gareth had bought into conspiracy theories and become paranoid during the Covid pandemic, and was convinced the government was spying on them.

“It was like he was doing a weird project on Covid and the end of the world, but also religiously he believes in the apocalypse,” she said.

She said the family members she remembered had been “the gentlest people I know”. The trio who were shot dead. Picture: Channel 9

She grew up in a churchgoing family before branching off on her own to the independent church run by the brothers’ father, Ronald Train.

One of Stacey’s relatives, who wished to remain anonymous, told The Guardian she was a quiet girl and often the odd one out.

It was at the church that she met Nathaniel, whom she married in her late teens, and with whom she had two children. She later left him for his brother.

“Now she is dead because of them,” they said. 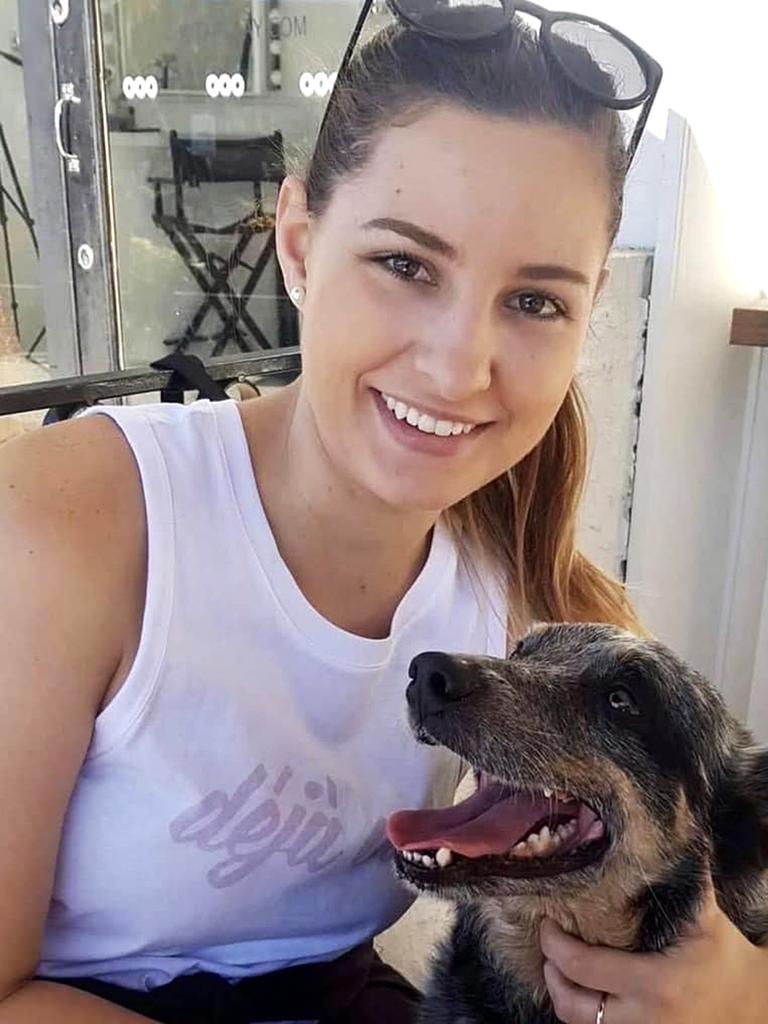 Stacey became estranged from the rest of her family, but Madelyn said her mother would still call her every year for her birthday.

The split and relationship with Gareth caused a rift in the Train family – particularly between the brothers and their father, who was a pastor for 27 years at a church with strict views on marriage. Nathaniel and his father had not spoken for 23 years. But Ronald told A Current Affair he had “absolutely no idea” Gareth and Stacey had struck up a relationship and were married.

“My second son Gareth is on the Asperger’s line. Very difficult to control, very overpowering,” he said.

“I just think he took over that relationship that Nathaniel and Stacey had.” In their investigation, police initially considered whether Stacey had been forced to open fire on police by the Train brothers, but concluded that was not the case.

“There was a thought that ­Stacey may have been an unwilling participant but she was shooting at police,’’ a police source told The Australian.

“She got shot and went down and was still shooting at police as she was laying on the ground. She was then shot and killed.”