The designer clothing, luxury jewellery, and expensive artworks purchased by Melissa Caddick with stolen funds are now up for auction.

The court-appointed receivers in charge of the conwoman’s estate were granted permission to sell her pricey belongings earlier this month. 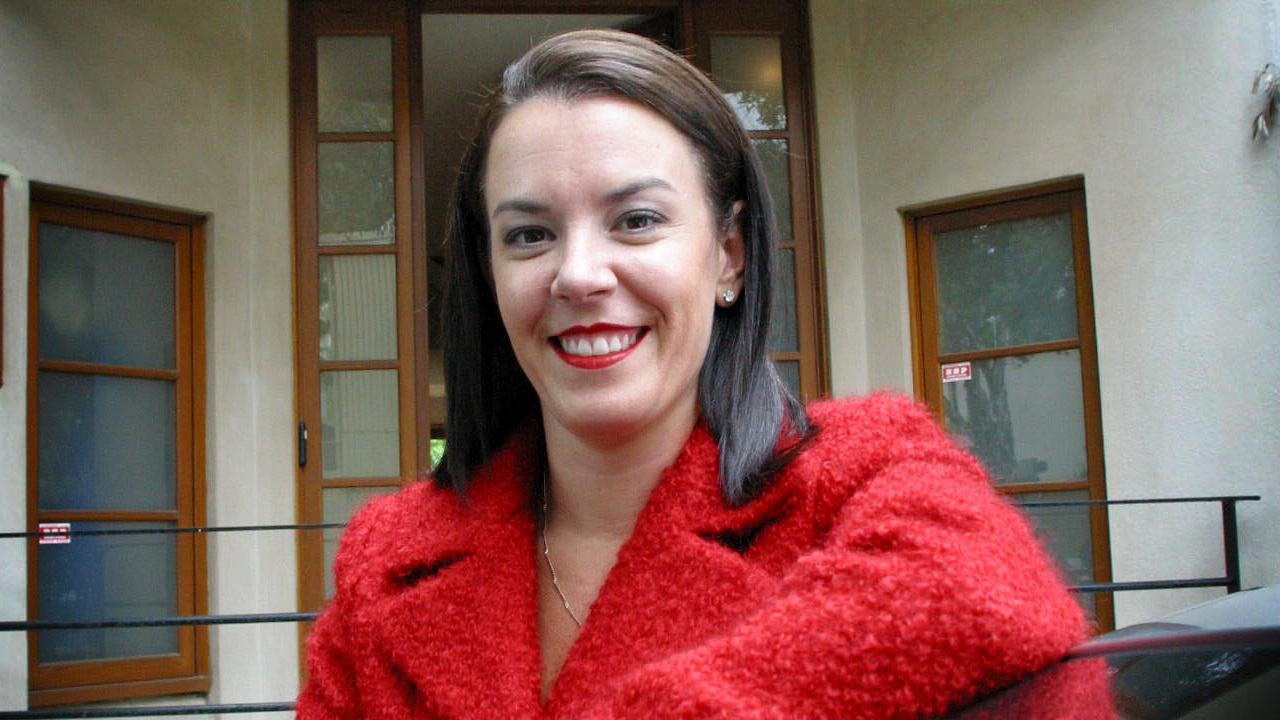 Designer items owned by Melissa Caddick will be sold at auction before Christmas. Picture: Andy Baker

The proceeds will be used to repay the dozens of clients who claim Ms Caddick swindled them out of approximately $23m while acting as their financial adviser.

“The sale of these items is another significant step in realising the receivership property of Ms Caddick,” Mr Gleeson said.

“As previously foreshadowed, with the support of our auctioneers we are pleased to offer these luxury items available for sale prior to Christmas 2022 and we are looking forward to obtaining the best possible results”.

Hundreds of thousands of dollars worth of luxury goods owned by the conwoman will be auctioned off over the next month. 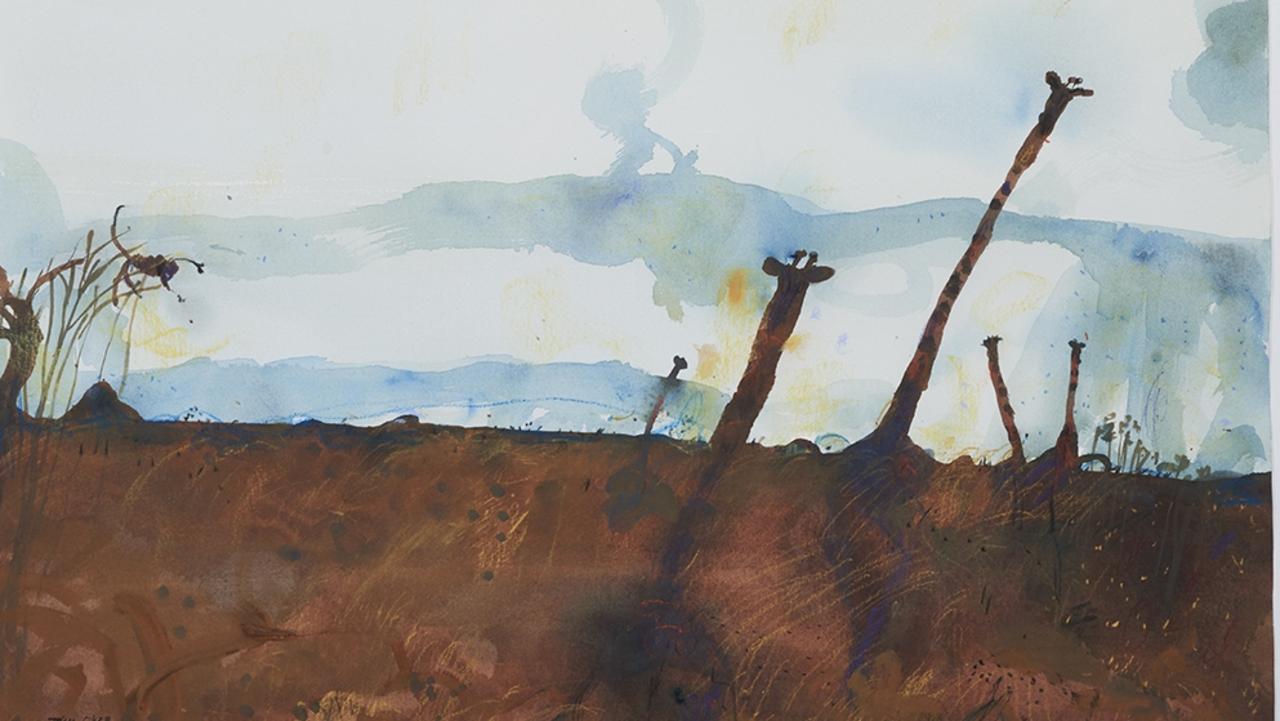 Giraffes & Wet Season by John Olsen is priced at a minimum of $25,000. Picture: Andy Stevens 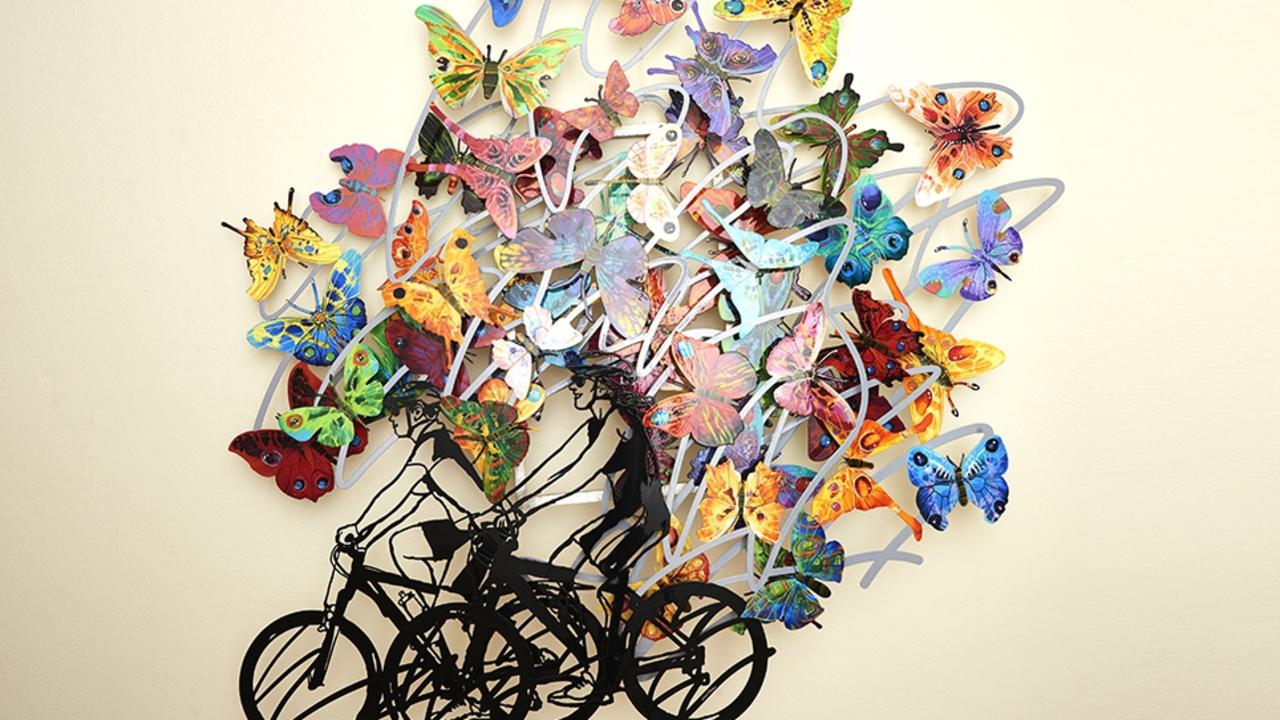 Happy Hour by David Gerstein has a price tag of $4000. Picture: Andy Stevens

The auctions will begin at 6pm on Tuesday with the sale of four artworks, including a painting by renowned Australian artist John Olsen.

Shapiro Auctioneers estimate the artwork will sell for more than $25,000.

The same auctioneers have catalogued 58 items of designer clothing, expensive accessories and luxurious goods for sale at auctions on December 5 and 6.

The items include limited-edition handbags from labels like Chanel and Louis Vuitton and expensive gowns from red carpet designers like Christian Dior and Oscar De La Renta.

The final auction will be held the following day at 6.30pm by Smith & Singer with 55 pieces of Ms Caddick’s jewellery for sale. 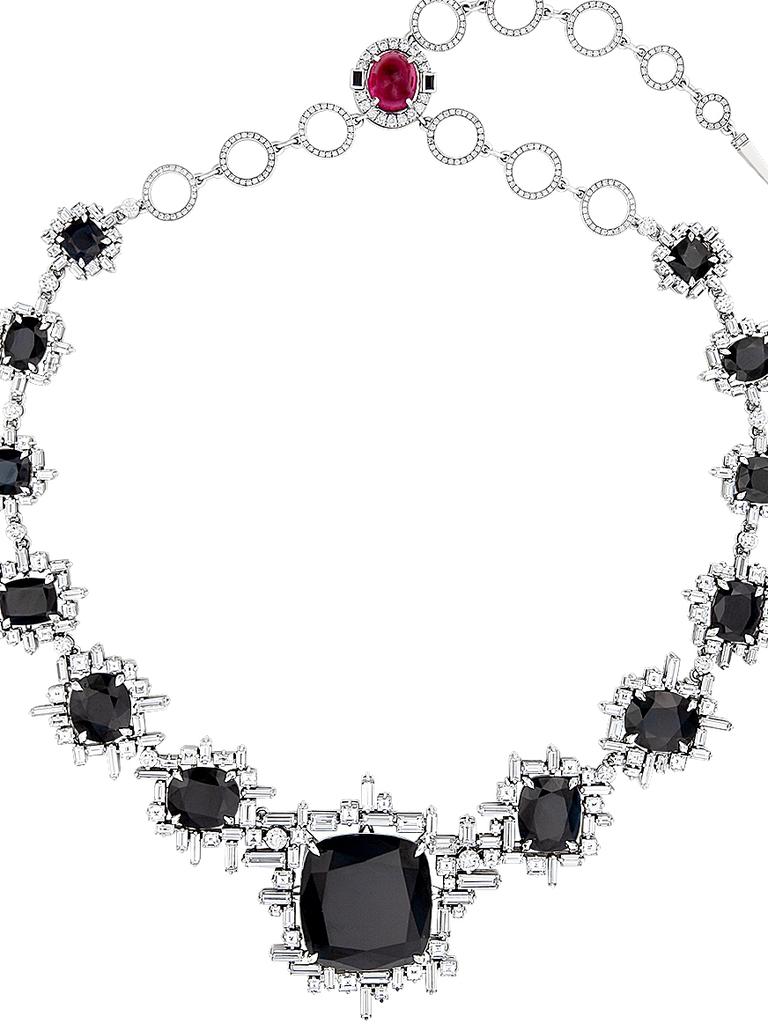 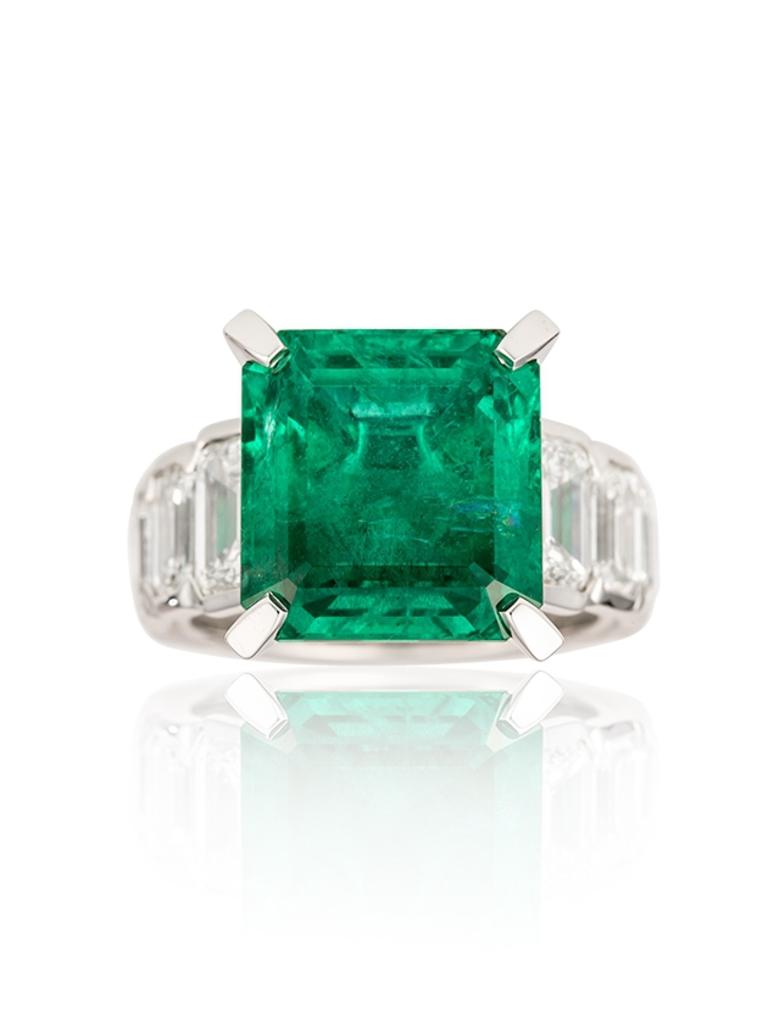 An 18-carat white gold, emerald, and diamond ring is expected to sell for as much as $30,000. Picture: Brett Ginsberg

One of the items for sale is an 18-carat white gold, black sapphire and diamond necklace that the auctioneer predicts will sell for between $80,0000 and $120,000.

Most of the jewellery items are crafted by Australian designer Stefano Canturi.

The auctions follow two years after the conwoman mysteriously vanished.

Ms Caddick disappeared the day after her Dover Heights house was raided by the Australian Federal Police in connection with allegations of financial fraud.

She was not seen again until her foot washed up on a beach on the NSW south coast in February 2021. 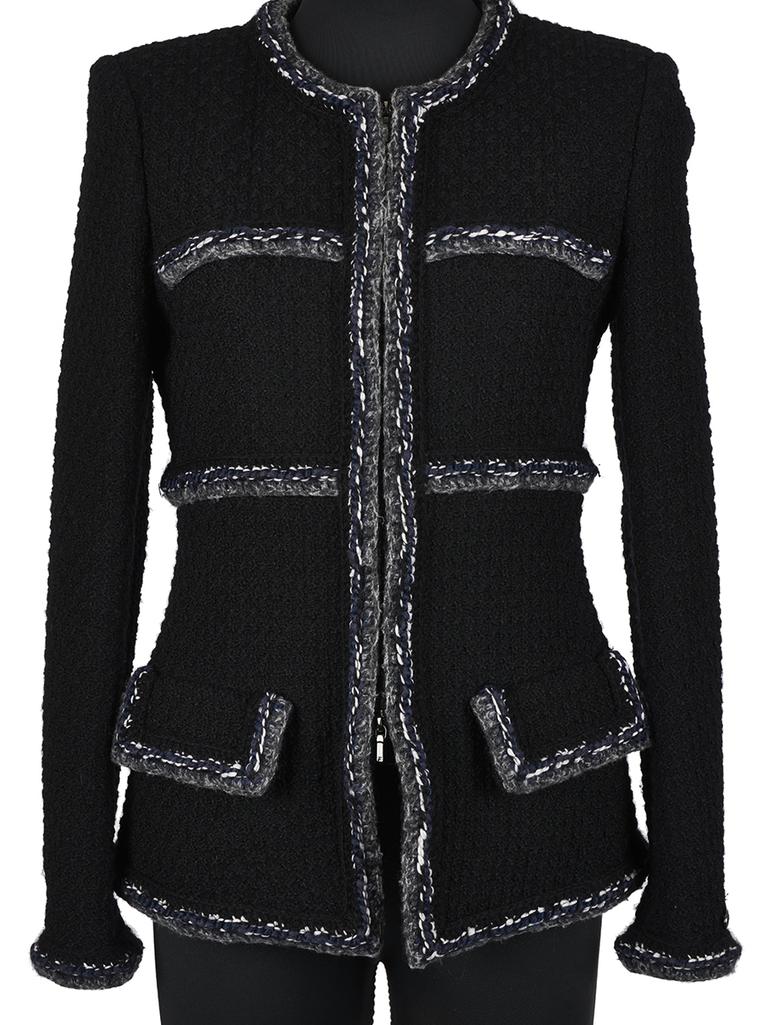 A Chanel wool jacket owned by the conwoman could sell for as much as $1200. Picture: Andy Stevens 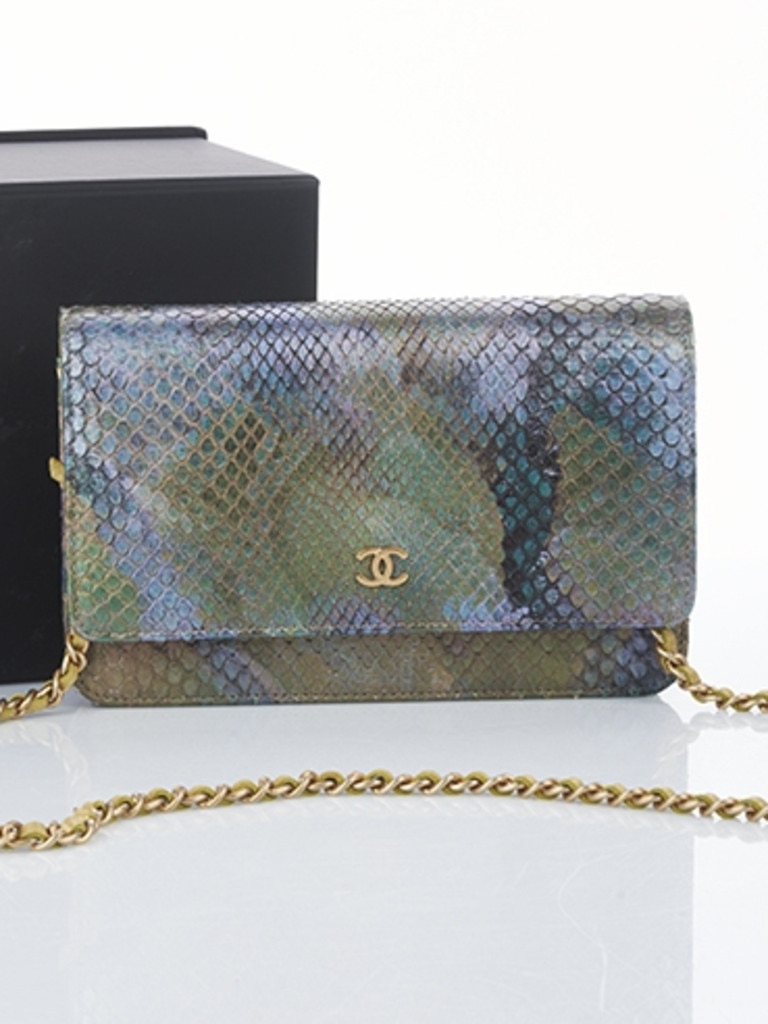 A limited-edition Burmese python handbag owned by Ms Caddick is expected to fetch up to $3000. Picture: Andy Stevens

It is understood the fraudulent financial adviser funnelled millions of dollars from her client’s accounts into her own bank accounts to fund her lavish lifestyle.

The auctions of Ms Caddick’s belongings come after her Dover Heights property was sold last month for an undisclosed amount.

“We are very pleased with the outcome of the sales campaign and the interest received from prospective purchasers,” Mr Gleeson said.