A Sydney scaffolding company has been fined millions of dollars over the worksite accident which claimed the life of a young apprentice tradie.

In April 2019, newly 18-year-old Christopher Cassaniti was working as an apprentice tradie at a building site in Macquarie Park when disaster struck.

The site’s perimeter scaffolding gave way and collapsed on Mr Cassaniti, who was working directly underneath.

He was trapped beneath the rubble for 20 minutes before he passed away. 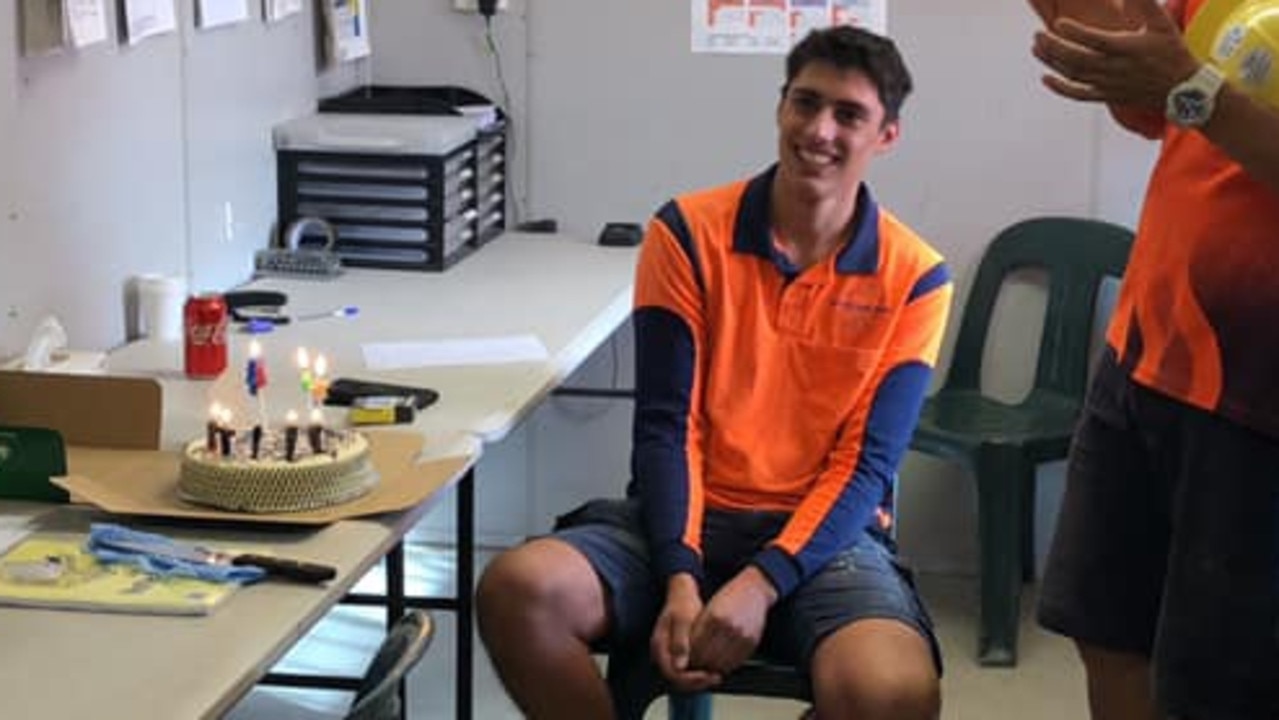 In July this year, the company responsible for the structure, Synergy Scaffolding Services Pty Ltd, pleaded guilty to a Category 1 offence under NSW’s workplace safety laws.

Fair Trading Minister Eleni Petinos said the proceedings were the first of their kind for SafeWork NSW since major amendments were made to strengthen work health safety laws.

“No family should ever have to experience the tragedy of losing a loved one through an incident at work, as the Cassinitis did,” Ms Petinos said.

“This is a reminder that our work, health and safety laws are important and must be upheld by all operators.” 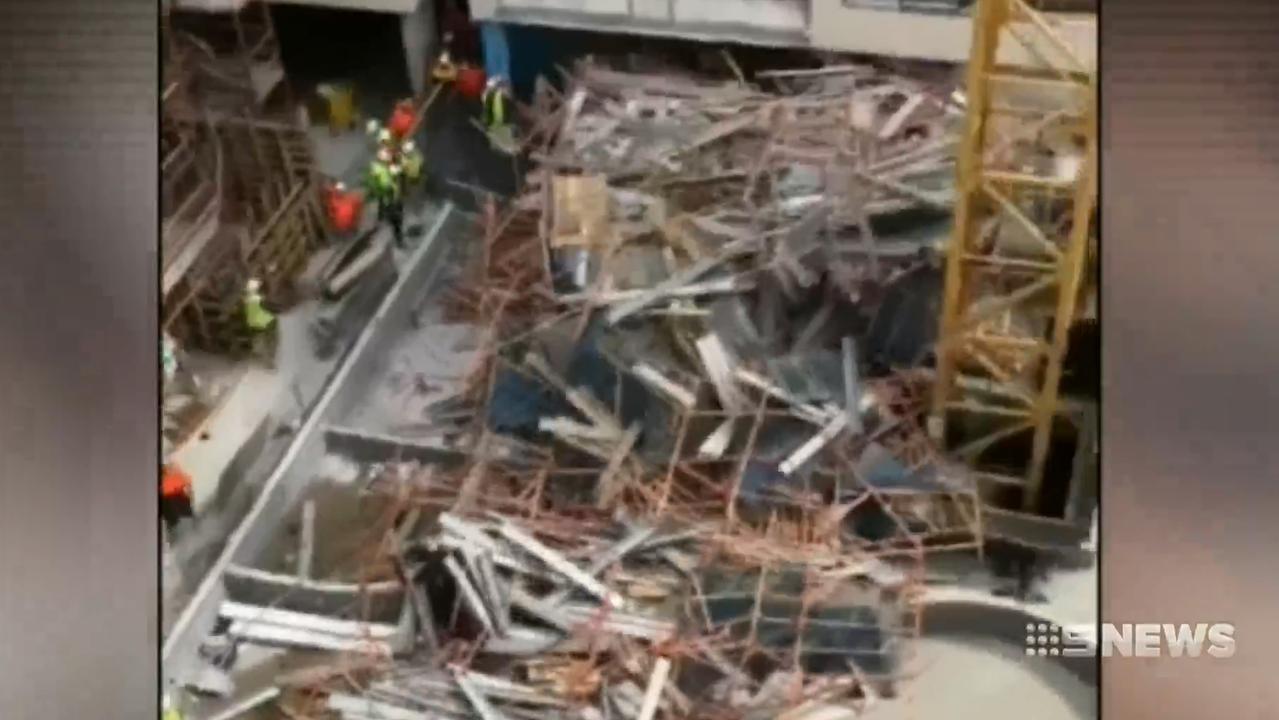 The scene of a scaffolding collapse in Macquarie Park. Picture: 9 NEWS

On Friday, NSW District Court Judge Andrew Scotting found the workers at Synergy were put in “significant peril” with the collapse of the structure consequential of a “culmination of events”.

The court heard the scaffolding was carrying a load of nearly 18 tonnes, past its maximum capacity.

It also heard that between March that year and the day of its collapse, the scaffolding company knew it was “grossly overloaded”.

“This case should serve as a telling reminder that unsafe acts on a building site can and do lead to catastrophic consequences,” Judge Scotting said.

Judge Scotting acknowledged the Cassaniti family’s loss, who had described Christopher as a hardworking, kind and gentle young man. 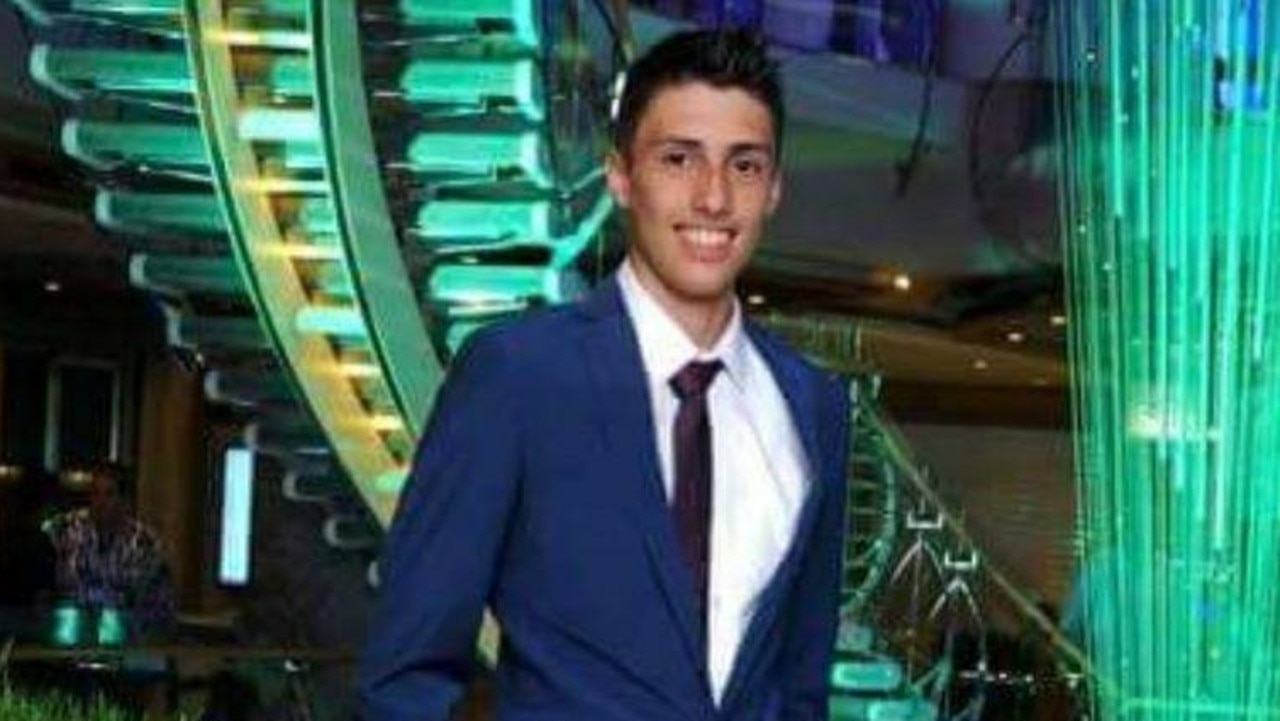 Christopher Cassaniti has been remembered as a kind and gentle young man. Picture: Facebook

He said any employer would have been proud to have such an “eager to learn” man on their team.

He also acknowledged Mr Wehbe’s trauma after the incident, and how he will continue to be affected by “the horror of that moment”.

In 2020, Synergy was fined $900,000, and at the time, Judge Scotting said any steps to minimise the risk of an accident were “simple and inexpensive”.

The company was fined $2 million, after a 10 per cent reduction in penalty for an early guilty plea.

The maximum penalty for the offence under the Work Health and Safety Act is $3 million.