Two climate activists have been arrested after protesting against the sponsor of a major international event to be held in Australia over the coming weeks.

On Thursday, activists from Extinction Rebellion glued themselves to the road to protest against Santos, the major sponsor of the Tour Down Under, a cycling event held in South Australia.

The “rebels” blocked an eastbound lane on Flinders St in the Adelaide CBD, just outside the Santos building, and held signs that demanded the “green event” dump Santos as its sponsor.

A pile of bicycles was glued to the road, with fake oil trailing from the building over the bikes and the protesters themselves.

Both Anna and Anne have been unstuck and arrested by police. Both have been charged for obstructing traffic.

The action will continue throughout the #TourDownUnder. We will disrupt the greenwashing and sportswashing of Santos throughout the TDU. pic.twitter.com/Wm9Ky4rFKp

“Both Anna and Anne have been unstuck and arrested by police,” they wrote.

“Both have been charged for obstructing traffic.”

The group confirmed demonstrations would continue throughout the Tour Down Under.

“We will disrupt the greenwashing and sportswashing of Santos throughout the TDU,” it said.

Rebels have glued themselves to a pile of bicycles chained together outside Santos HQ. A trail of fake oil has been poured from the building over the bicycle stack and onto rebels.

Fossil fuels are the new big tobacco. We want them dumped from the #TourDownUnder. pic.twitter.com/7W1qwwe5NF

Extinction Rebellion revealed it would execute a series of 11 disruptions throughout the event, which is scheduled to run from January 13-22, urging organisers to dump Santos as a sponsor.

“Unless otherwise, stated actions will run for roughly two hours and close out once the proceedings have been seen through,” a group statement read.

“Most action will take place at or nearby the starting location. We will be maintaining a visual presence throughout our public actions so keep an eye out for banners and flags around the TDU event for that action.

“Be aware that some members of the public may be agitated or hostile at our presence. You do not need to engage or respond.” 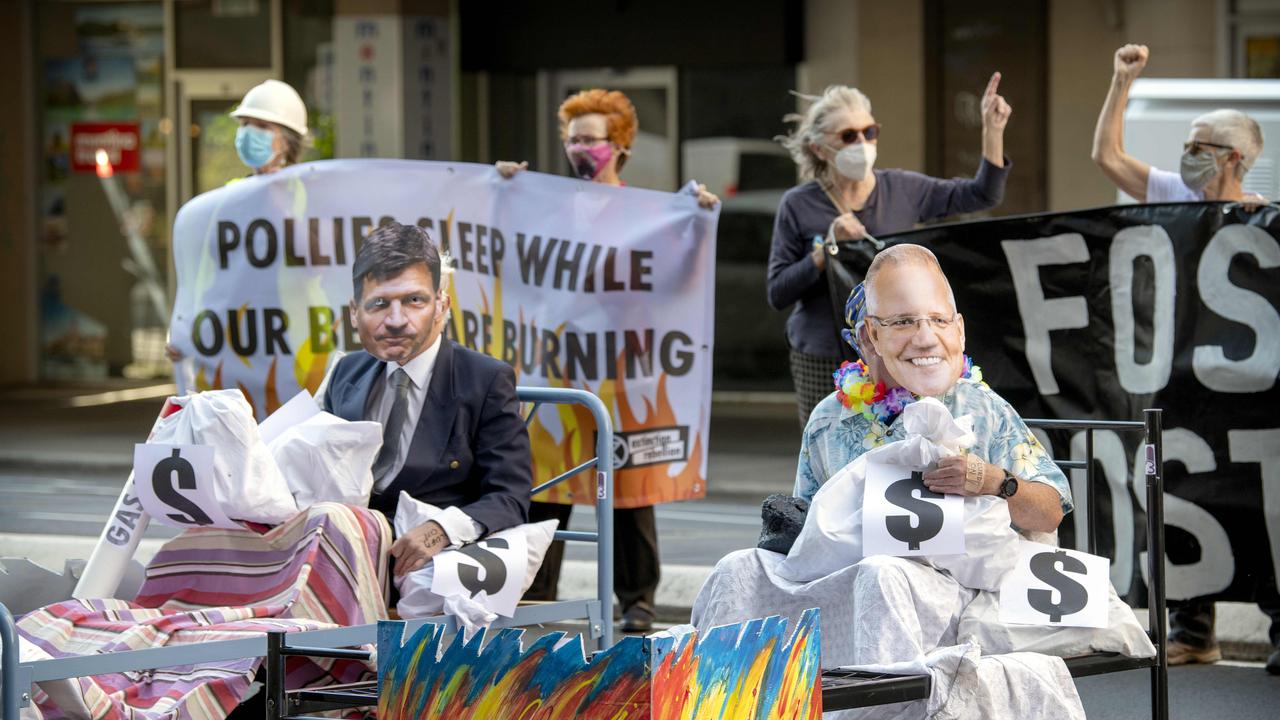