A baby born with a life-altering tumour has lived to see his first real Christmas after a “miracle” saved him from needing to have his arm amputated last year.

Mum Christine Rose from Victoria’s Mornington Peninsula was getting ready to welcome her third baby into the world in late 2021 however learnt something that no parent wants to hear after being sent for extra tests at 38 weeks.

Her son, baby Vann, would be born with a rare but large tumour that comprises less than 1 per cent of cancers in children.

“I had low movement one morning and went to the hospital for a bit of a check-up and my obstetrician sent me for an ultrasound,” she said. 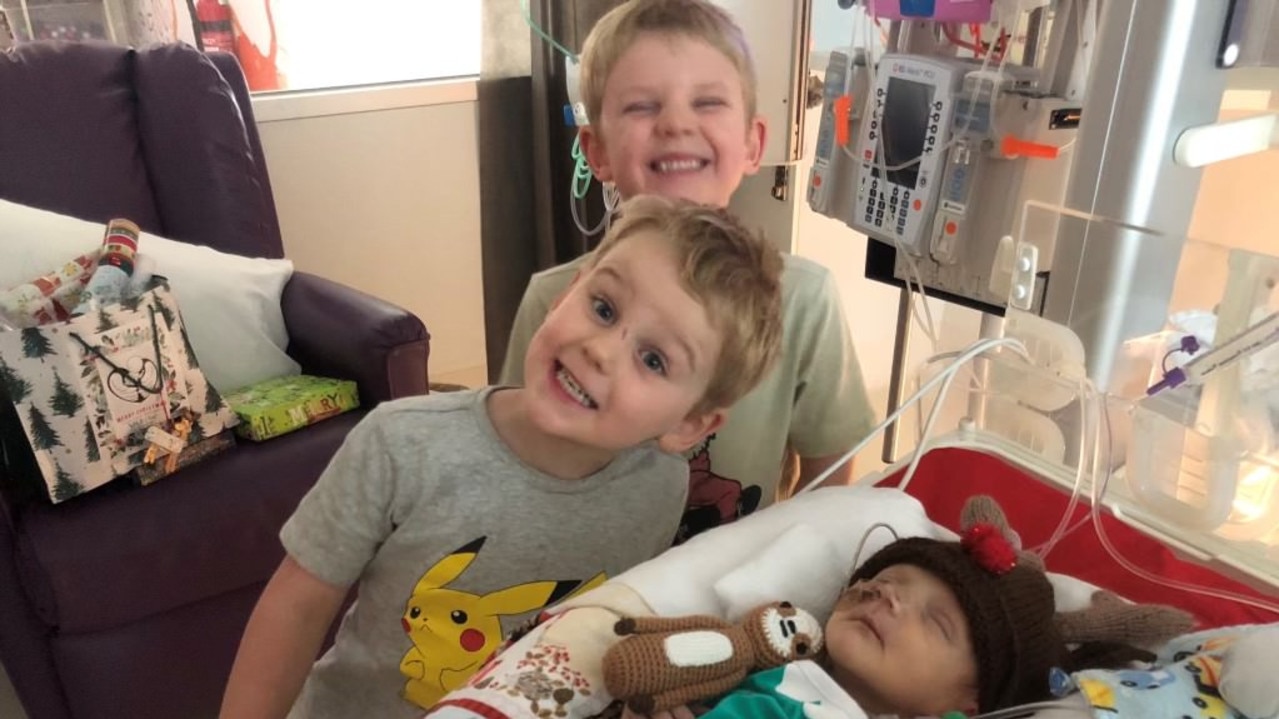 Vann has come a long way from the six weeks he spent in the neonatal intensive care unit last Christmas. He is pictured alongside his brothers Oscar and Levy.

“They picked up a large lump, from memory it was nine by six centimetres, coming out of his left wrist, sort of pushing his thumb away.”

Doctors sprung into action to help the little boy, sending Ms Rose for further tests and inducing her into labour a week early to try to make sure he was OK.

However, it wouldn’t be until he was born that they would see the full extent of the tumour, according to Dr Peter Downie.

“It was a very large mass, really filling up from the wrist to well above the elbow,” Dr Downie said.

Baby Vann had to undergo tests as soon as he was born to determine what type of cancer it was, a rare tumour called a congenital infantile fibrosarcoma; however, the mass had already begun causing havoc for the young family. 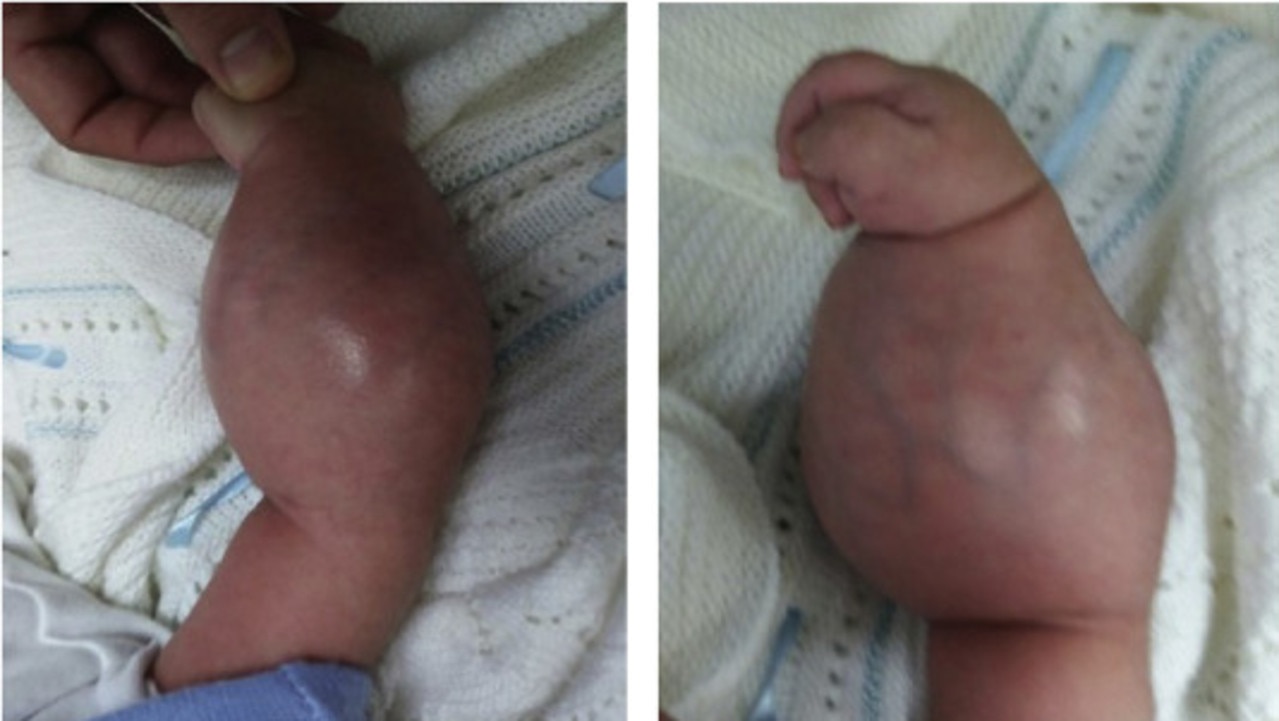 Congenital infantile fibrosarcoma tumours can be very large and protrude from the skin. Picture: ScienceDirect

“He had all the basic MRI, an X-ray, and an ultrasound on the tumour the day that he was born and then we sort of sat tight for (when more testing could happen),” she said.

“I say sat tight but we just watched this thing grow quite quickly over the weekend.”

Vann’s nurses and doctors had to constantly monitor the massive growth to ensure that it didn’t get infected.

“When tumours grow aggressively and grow to such a size they tend to go through the skin so you get bleeding and all sorts of complications,” Dr Downie said.

“They‘re very hard to manage because you can’t stop the bleeding, and you have to dress them and keep them clean because there’s a risk of getting infected.” 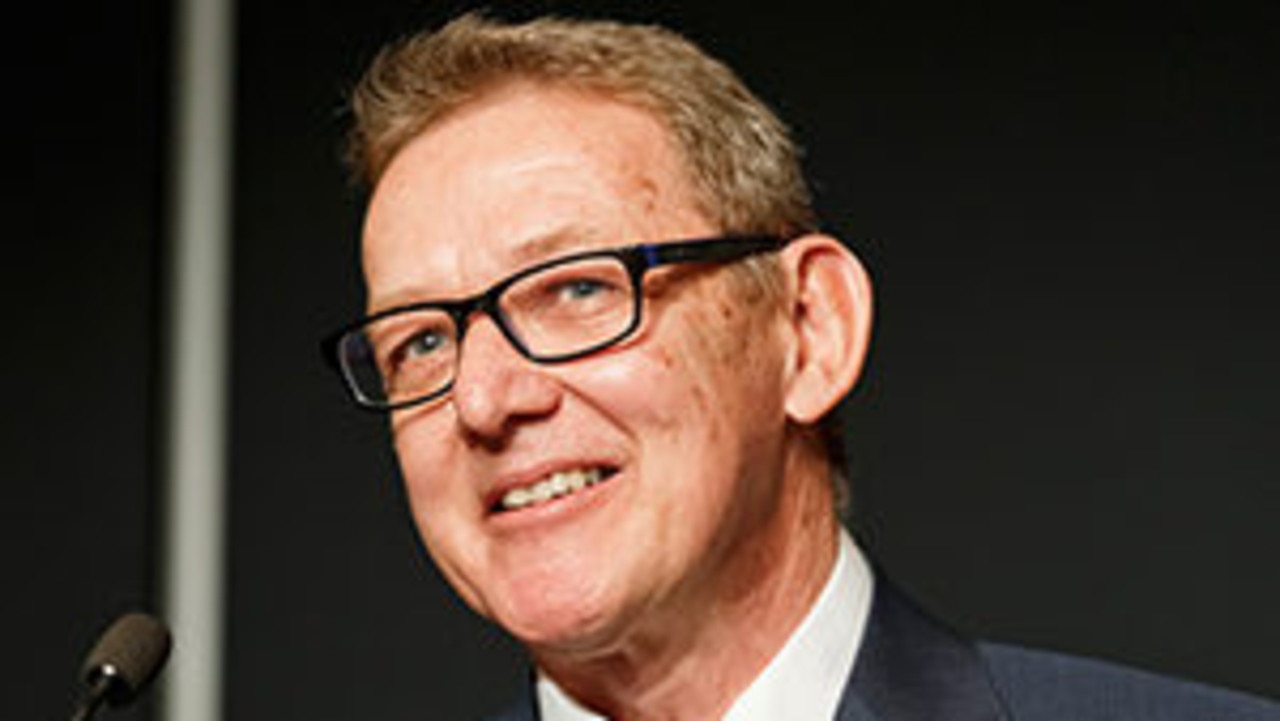 Monash Children’s Hospital’s Dr Peter Downie pushed for baby Vann to access the medicine in such a short time period, saving his arm from amputation.

Dressing changes happened every 12 hours to make sure that the tumour didn’t rupture Vann’s skin, as it was so big even when he was just four days old.

“Unfortunately, he’d moved his arm during one of the dressing changes and split the tumour in one of the spots where his artery was…I was there that morning and it was quite intense,” Ms Rose said.

Following Vann’s birth, his parents faced the heartbreaking decision to gamble with chemotherapy treatment or to amputate his arm up until his shoulder.

However, the family doctor had been working with the Zero Childhood Cancer initiative to try to get baby Vann access to precision medicine, a new type of treatment that was hoped could help shrink the tumour.

“This is one of the tumours that have a specific mutation that’s caused it and the mutation can be targeted by precision medicine, so a specific drug can lock onto where the mutation is and switch it off,” Dr Downie said.

The medicine works by using genetic and genomic testing to paint a picture of cancer and tailor the treatment to the person’s DNA based on understanding how the tumour behaves, according to pharmacutical company Bayer that supplied Vann’s treatment.

Dr Downie had been told that it could take up to eight weeks for testing to occur to see if Vann was a match, a wait lengthened by the Christmas holiday period, but luck was on the family’s side. 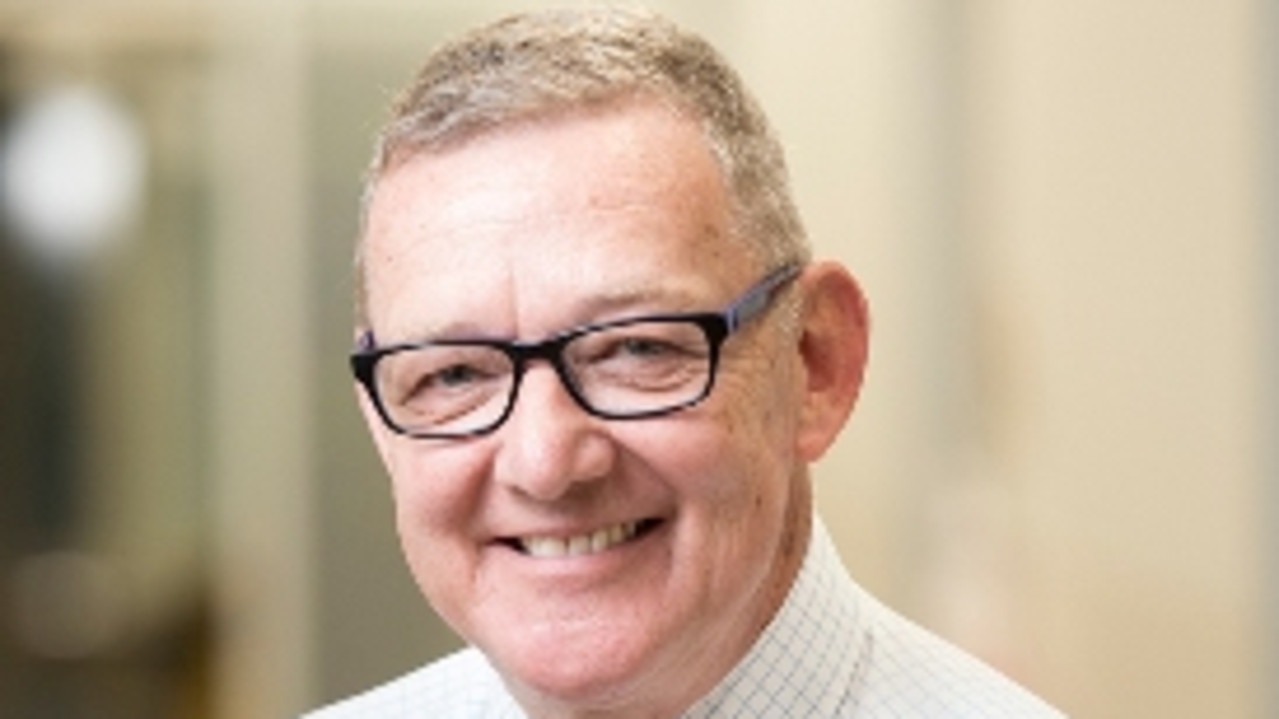 Dr Downie says he doesn’t like to use the word ‘miraculous’, but he couldn’t deny it was a miracle.

“We had to give Peter (Downie) and his team an answer of whether we wanted to gamble and do the testing and possibly take weeks and weeks, he didn’t tell us not to do that we would have to wait weeks watching it grow,” Ms Rose said.

“We went in pretty much to talk about amputation and how that would work, but he had spoken to the people in Sydney about the testing and they said that they would prioritise it and try to do it in a week.”

Fighting against the growing tumour, Dr Downie said he threw “everything at it to get organised as quickly as we could” to see if Vann was a match for the treatment.

It was on Christmas Day that they would learn about Vann’s fate, with Dr Downie travelling to the hospital to give the family the good news.

“He actually left his family to come in and tell us…we’ve walked into the hospital and he had dropped off all the paperwork, signed, filled out and ready to go ahead,” Ms Rose said.

“It was obviously a Christmas surprise, it was incredible for him to have left his family on Christmas morning to come in and see us and to go to that trouble.” 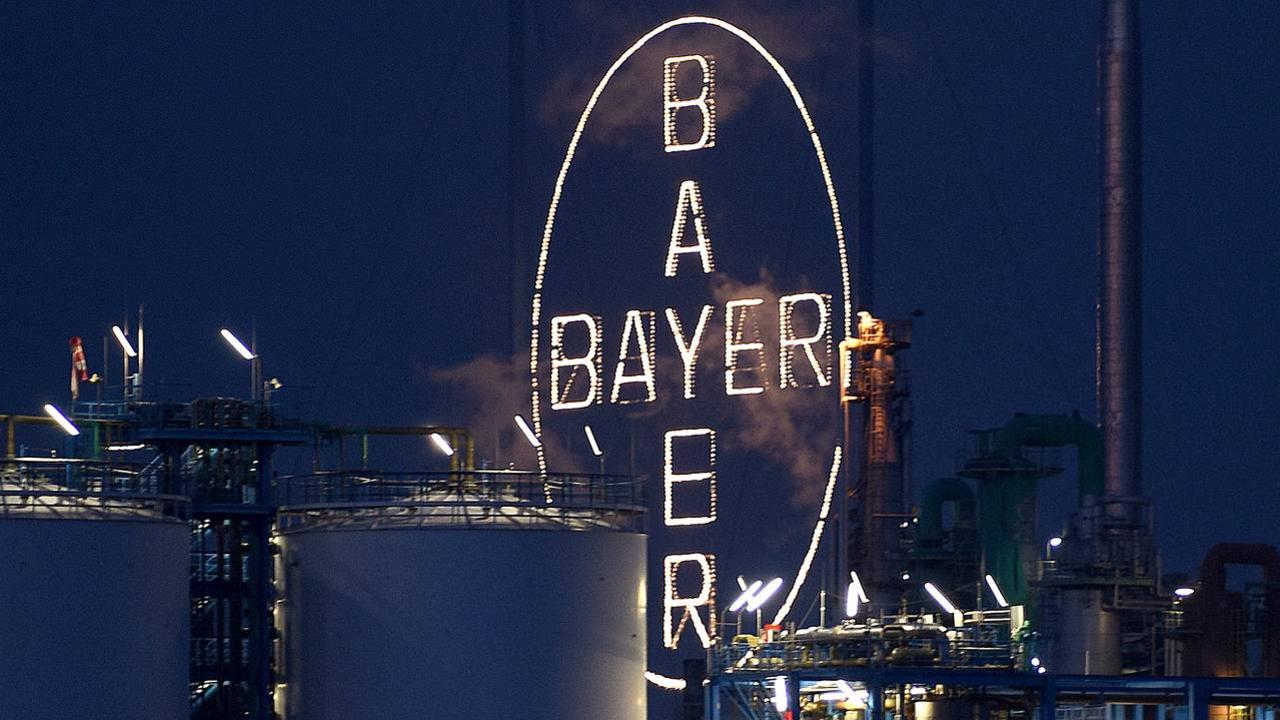 Dr Peter Downie then contacted the medical team at Bayer on the 28th of December, 2021, seeking urgent access to precision medicine that was yet to be listed on the Pharmaceutical Benefits Scheme – meaning it was not publicly and readily available.

The Bayer medical team worked through the holiday closure period to secure compassionate access to the medicine for baby Vann in just three days, something that Bayer medical Director Eduardo Pimenta said is part of the job.

“For baby Vann and his family it was a very stressful situation and moments like that should be for celebration, with a new baby over Christmas,” he said. 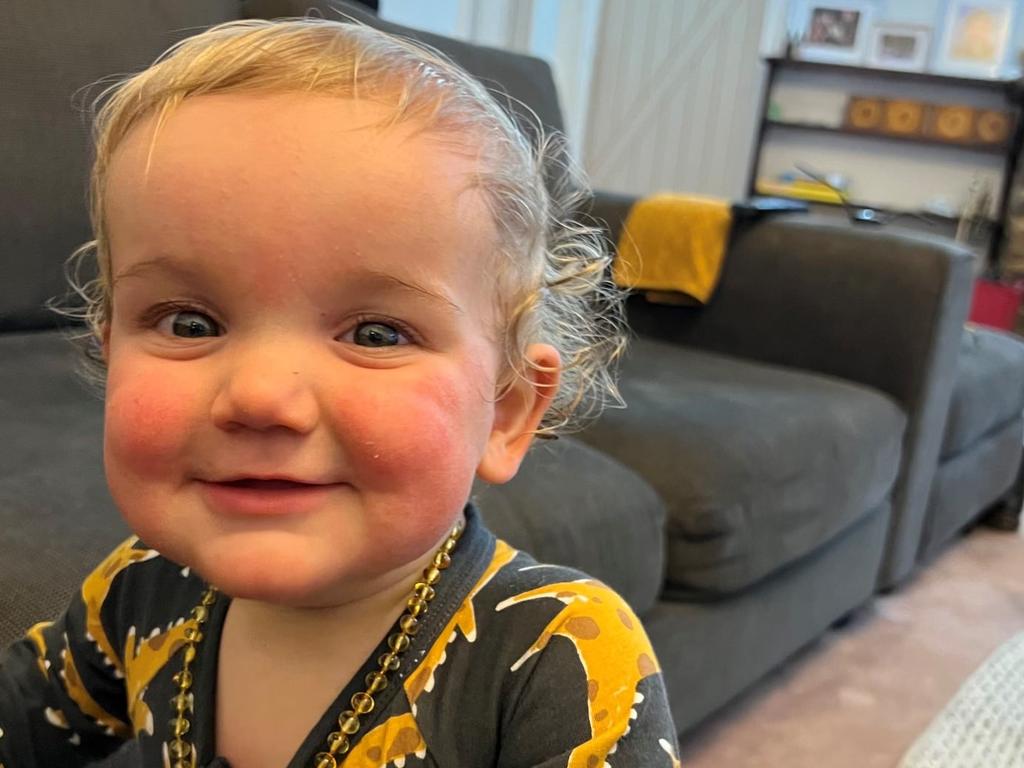 Vann is now just your typical happy and cheeky baby boy after enduring a horrific start to his life.

The family then waited with bated breath to see if the medicine would shrink the tumour in his arm, with the results stunning his doctors.

“That was the next miracle, no one knew what to expect, Dr Downie had said it could take two hours to two weeks to notice something,” Ms Rose said.

“After three doses of the medicines, one of the nurses said I should stay for the dressing change because it looks completely different and the tumour literally just started to dissolve.”

Dr Downie said he had rarely seen something like this during his time in medicine.

“I don’t like to use the word miraculous but actually it is because this thing shrunk away from being an enormous blob of yuckiness to what you’re seeing now, which is nothing,” he said. 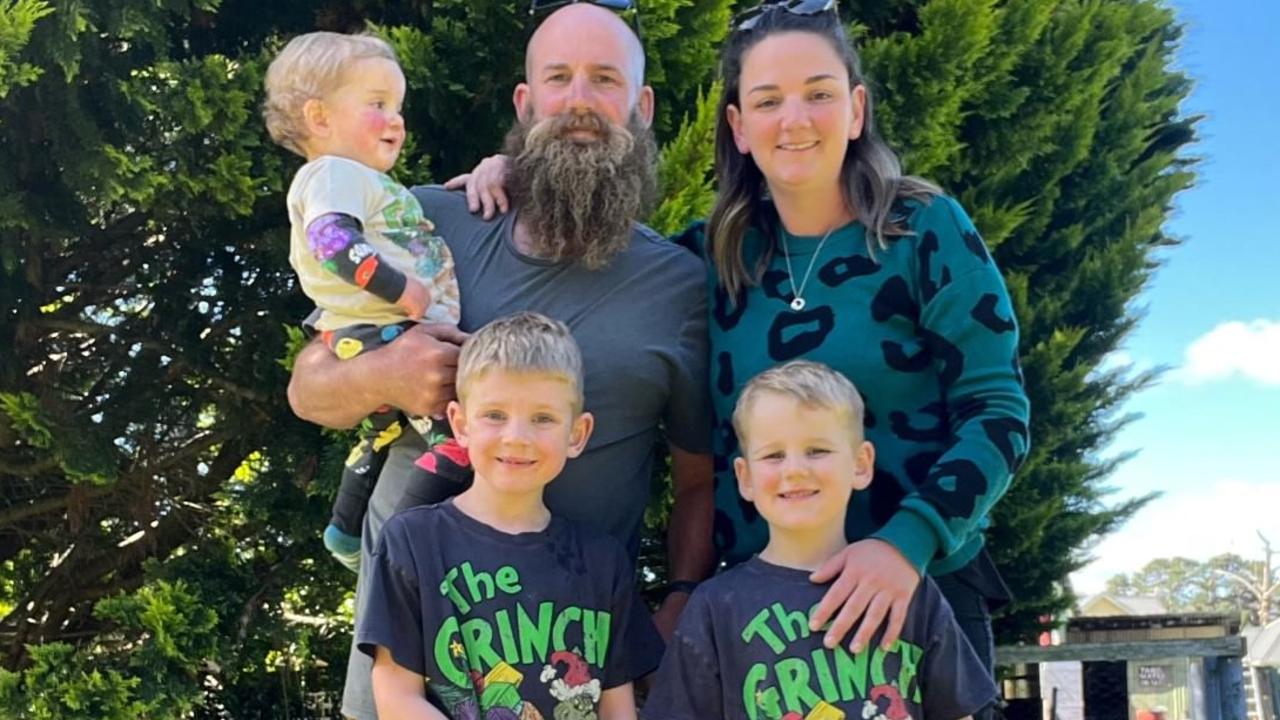 The family are looking forward to their first Christmas all together and out of hospital.

One year on from the treatment, Vann’s tumour has completely disappeared and the only sign of the ordeal is a small scar on his wrist.

“He was a happy patient and is a resilient little boy, even in the hospital, gosh he never complained,” Ms Rose said.

“He would just accept what everyone was doing and he never caused a stir and he’s pretty much been the same ever since.

“He’s super happy, just wants in on everything and gets all the attention from his big brothers.”

Ms Rose now says that this Christmas is the complete opposite to last, with the family all together for the whole day.

“Everyone is obviously super excited, last Christmas was incredibly bleak, but now it’s amazing,” she said.