Two young brothers have been flown to hospital with neck injuries after the car they were in rolled over on a Queensland beach.

A RACQ LifeFlight Rescue spokesman said it was believed a family of five — two parents and three children — were travelling along the waterline on K’Gari in a 4WD vehicle when it rolled and landed on its side on Sunday morning.

The rescue chopper flew to the eastern side of the K’Gari — formerly known as Fraser Island — just after 7.30am, where it landed on a helipad. 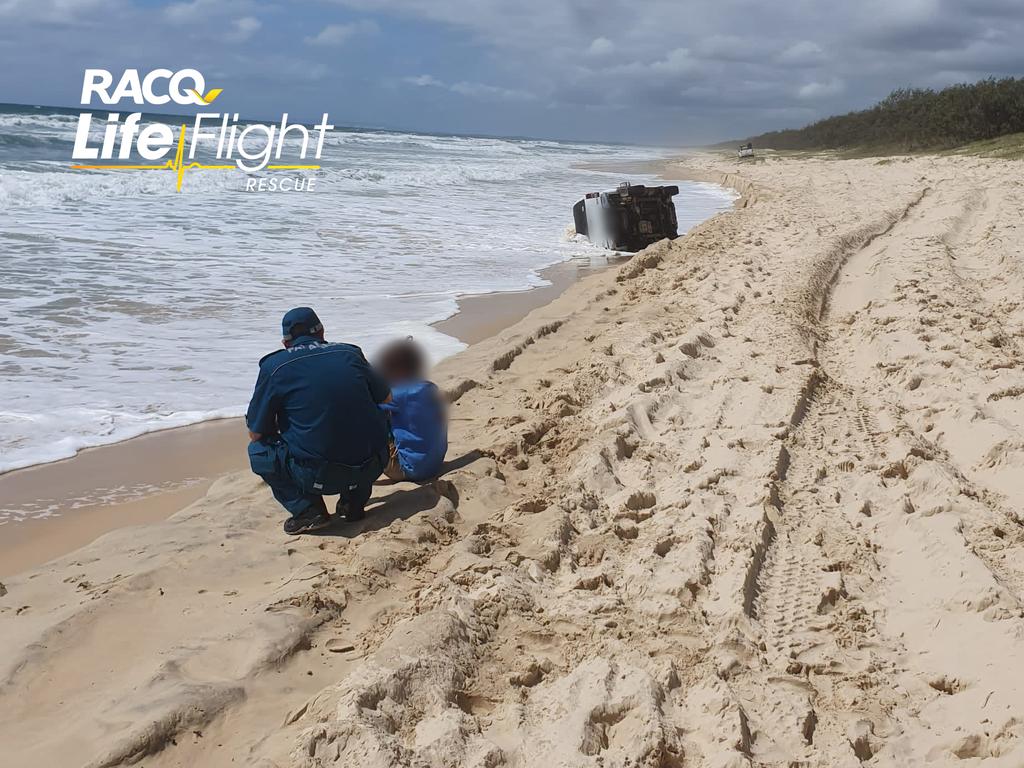 Two young boys have been flown to hospital with neck injuries after the car they were travelling in rolled over on a Queensland beach. Picture: Supplied by RACQ LifeFlight Rescue 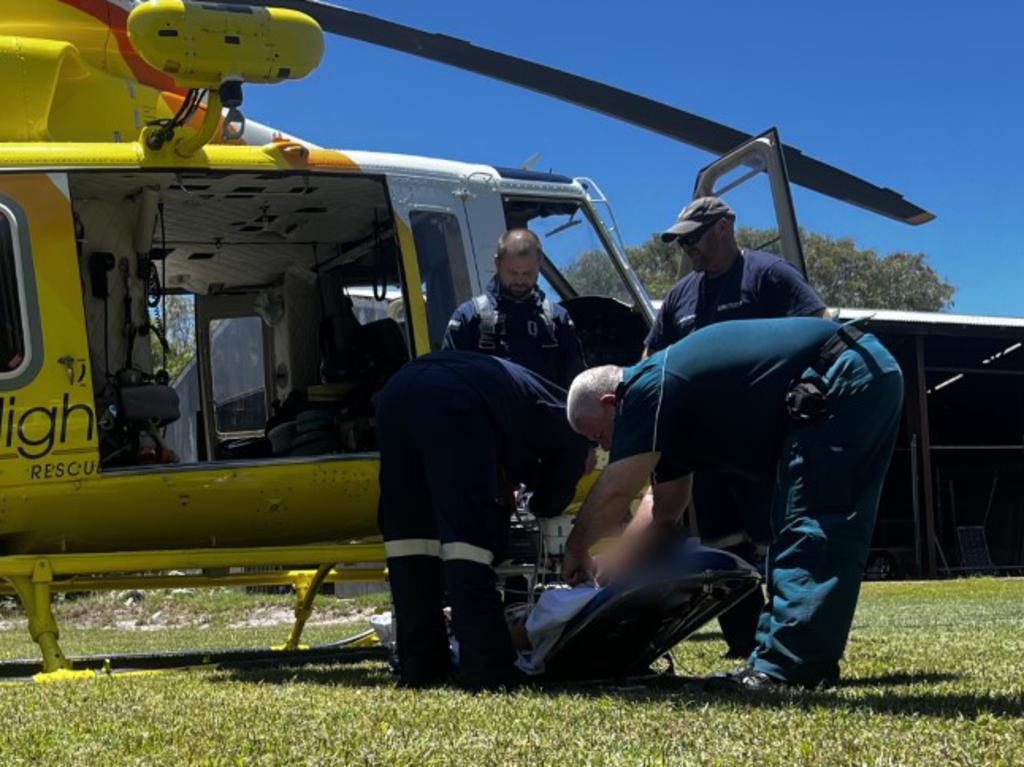 The boys were taken to Hervey Bay Hospital in a stable condition. Picture: Supplied by RACQ LifeFlight Rescue

A RACQ LifeFlight Rescue critical care doctor and Queensland Ambulance Service flight paramedic worked with paramedics to treat the two injured children after being driven by members of the public to the scene of the incident.

One boy was treated on the beach for neck injuries before being driven in a QAS 4WD to the waiting helicopter.﻿

He was flown to hospital in a stable condition with his mother as an escort.

The rescue helicopter crew then returned to K’gari to retrieve his brother, who also injured his neck and was taken to hospital in a stable condition with his father and sister as escorts.

A Queensland Ambulance Service spokesman said paramedics, supported by the LifeFlight rescue helicopter, attended a single-vehicle rollover reported near Dilli Village, south of Eurong, at 7.44am.

A popular tourist destination, K’Gari is a World Heritage-listed island in Queensland’s Wide Bay – Burnett region off the coast near Bundaberg.