Beijing’s top envoy to Canberra has savaged the AUKUS security agreement and claimed it “isn’t a good idea” for Australia.

Chinese ambassador Xiao Qian told reporters in Canberra the alliance between Australia, the UK and the US involved the unnecessary “targeting” of China as a potential threat.

Mr Xiao gave local journalists the rare opportunity to ask him questions at a New Year’s lunch at the Chinese Embassy on Tuesday.

In the wide-ranging group interview, Mr Xiao suggested the AUKUS agreement would amount to a waste of Australian taxpayers’ money.

The Labor government has committed to following through with the security deal the Coalition struck with the UK and the US in 2021 that will help Australia acquire nuclear-powered military submarines.

Mr Xiao said Beijing was not seeking to make an enemy out of any of the three AUKUS member nations, but the pact would be detrimental to their relationships with China.

“It is not helpful. It’s not going to solve any problems at all,” he said. 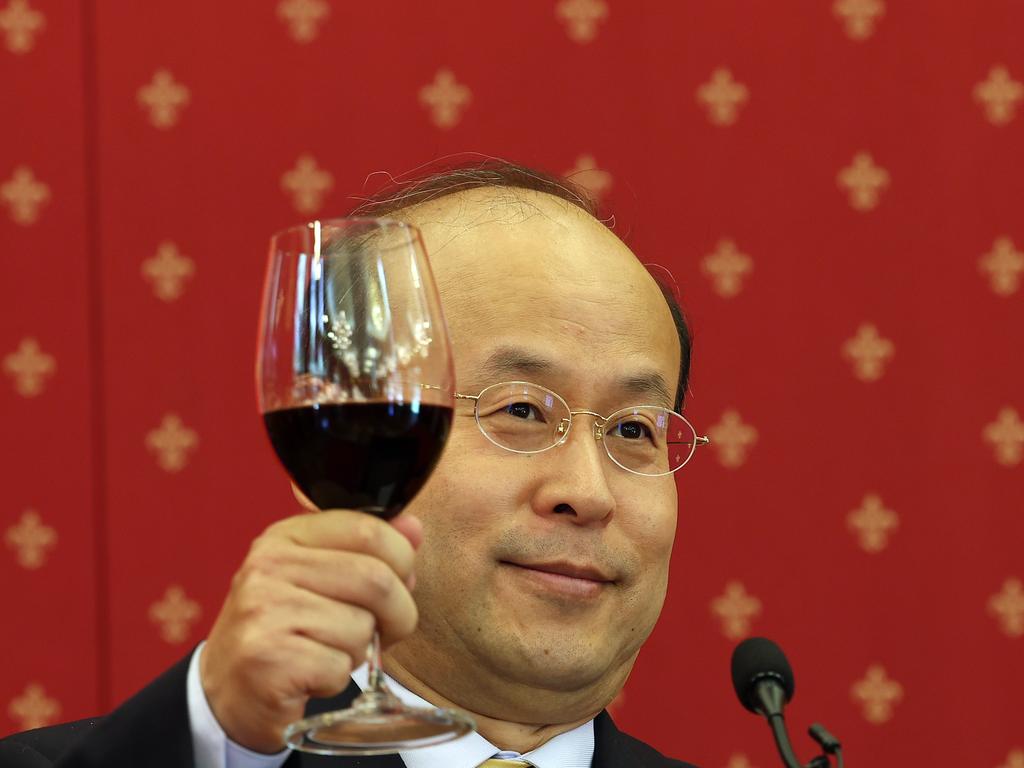 Mr Xiao claimed Australia would seek to use its nuclear submarines as “conventional weapons”, breaching its commitment as a signatory of the nuclear non-proliferation treaty.

The Department of Foreign Affairs and Trade shot down similar claims made by the Chinese Embassy in September, noting the treaty doesn’t prohibit the acquisition of naval nuclear propulsion by non-nuclear weapon states.

DFAT reaffirmed that Australia would not acquire nuclear weapons, with the AUKUS submarines to be powered by nuclear propulsion but armed only with conventional artillery.

During his media appearance on Tuesday, Mr Xiao toasted journalists with a glass of 2017 Chateau Tanunda Barossa Valley shiraz and claimed there were no Chinese sanctions on Australian products.

“Allow me to propose a toast … to your health, to the friendship between China and Australia. Cheers,” Mr Xiao said, raising a glass of the South Australian vineyard’s signature drop. 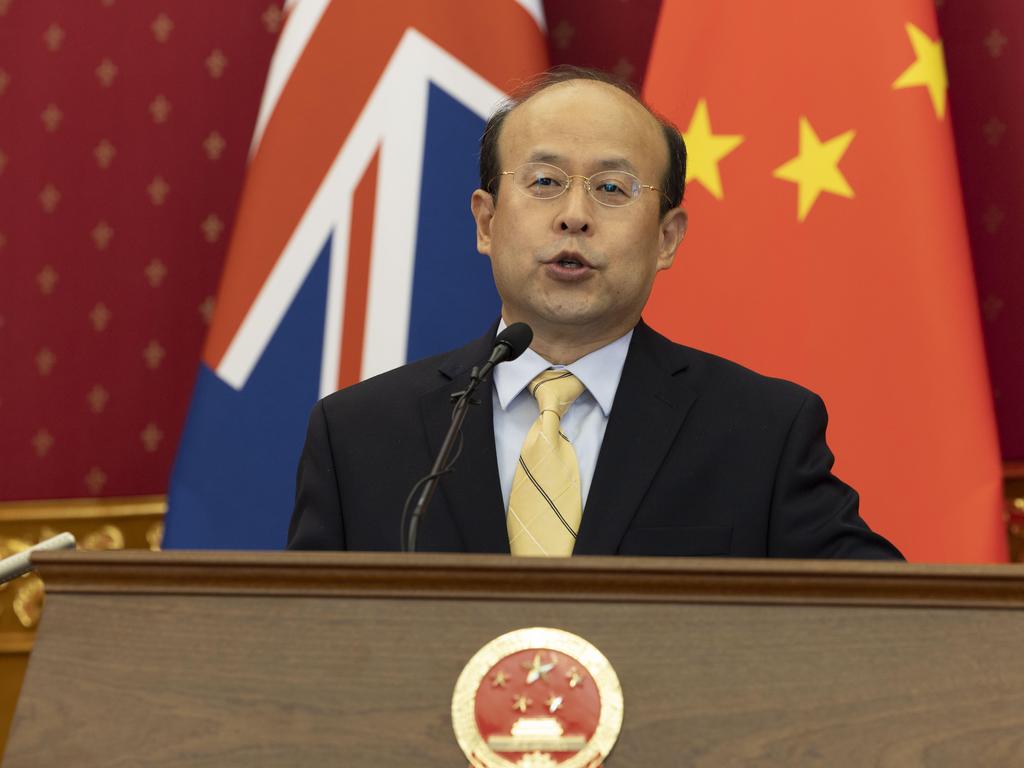 The event at the embassy comes amid speculation China is poised to drop its trade restrictions on Australian exports, including wine, after a marked improvement in the relationship between the two countries over the past six months

Beijing slapped sanctions on Australian goods estimated to be worth $20bn at the peak of its diplomatic row with Canberra in 2020.

Mr Xiao claimed on Tuesday there was “no such thing” as Chinese sanctions on Australian products but later acknowledged there were “tariffs” on some goods.

He wouldn’t put a timeframe on when these restrictions would be lifted but said he wanted to see the return of a “normal” trading relationship between the two nations.

In his opening remarks, Mr Xiao hailed the election of the Albanese Labor government, which he said was an opportunity to “reset” Australia-Chinese relations.

He fielded questions from reporters on a range of topics, including AUKUS, China’s treatment of Uyghur people in the Xinjiang province and the plight of detained Chinese-Australians Cheng Lei and Yang Hengjun.