It’s chillingly out of place.

A “Live In or Rent Out” sign at an alleged domestic violence scene where a man died lighting his ex-partner’s house on fire.

But that’s exactly what’s on a Melbourne street following the alleged arson attack that ravaged the property and left the accused with fatal injuries.

Thankfully, the woman who lived there escaped unharmed, along with her cat. 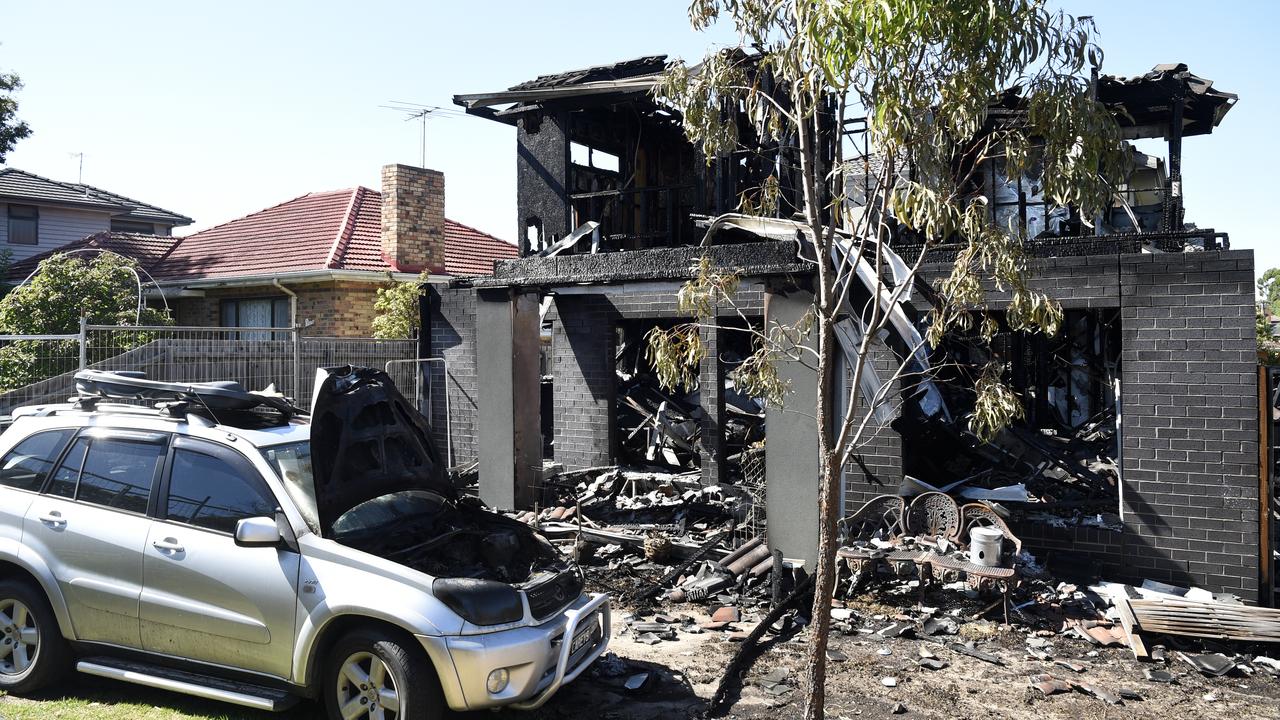 The blaze tore through the Pascoe Vale home in Melbourne’s northern suburbs about 5am on Tuesday.

The sole resident, a woman in her 60s, lost the first home she had ever owned and everything inside it.

Her 65-year-old ex-partner was rushed to hospital under police guard with burns to 80 per cent of his body, before dying on Tuesday night. 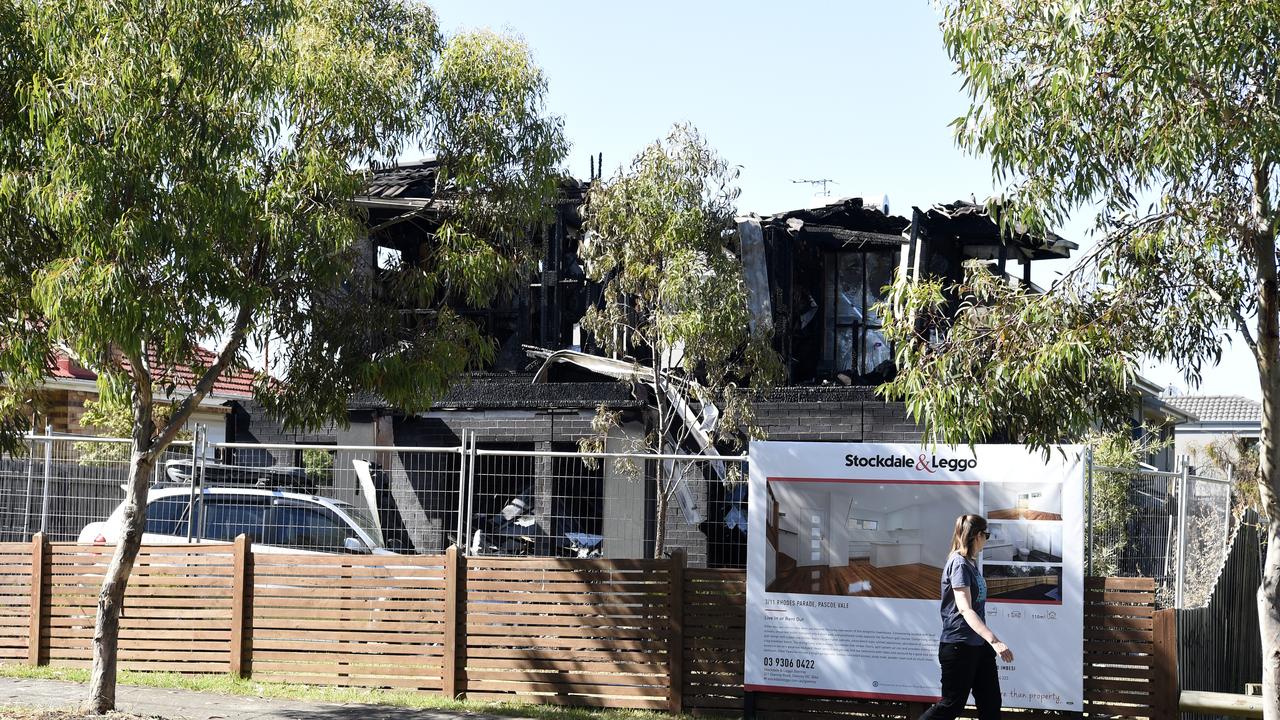 The man believed to have lit the fire died with severe burns. Picture: Andrew Henshaw/NCA NewsWire

Police believe the man broke a window and was burned after lighting the fire.

Members of the public expressed their shock at the incident online, as well as the placement of a real estate agency sign on the front fence of such a sombre site.

It is understood the sign, which reads “Live In or Rent Out”, was advertising another townhouse within the same block rather than the fire-damaged home.

It is unclear when it was put there. “Either way, you cannot lose when you become the lucky new owner of this delightful townhouse. Conveniently located with local schools shops and public transport only a short walk and positioned nicely opposite the Northern golf course,” the sign reads.

Another person wrote: “That’s just awful. Both the story and the house.”

Witnesses at the scene reported seeing blood splattered across the footpath as the accused returned seeking help for his burns.

Neighbours living in the rear unit were forced to break a fence to escape, but were fortunately uninjured.

Police said they’re investigating the fire and will prepare a report for the coroner.

They urged anyone who witnessed the incident, or has information, to contact Crime Stoppers on 1800 333 000.

The real estate agency has been contacted for comment.