Extended audio from a police helicopter has revealed new details of how Monday’s shooting unfolded in rural Queensland.

Constable Rachel McCrow, 29, and Constable Matthew Arnold, 26, were gunned down as they approached a property in Wieambilla, about three hours west of Brisbane, on Monday afternoon while carrying out a missing persons call.

The killers then mercilessly shot both officers dead at close range.

A neighbour, Alan Dare, was also shot and killed in the attack as he came to investigate fires at the property. 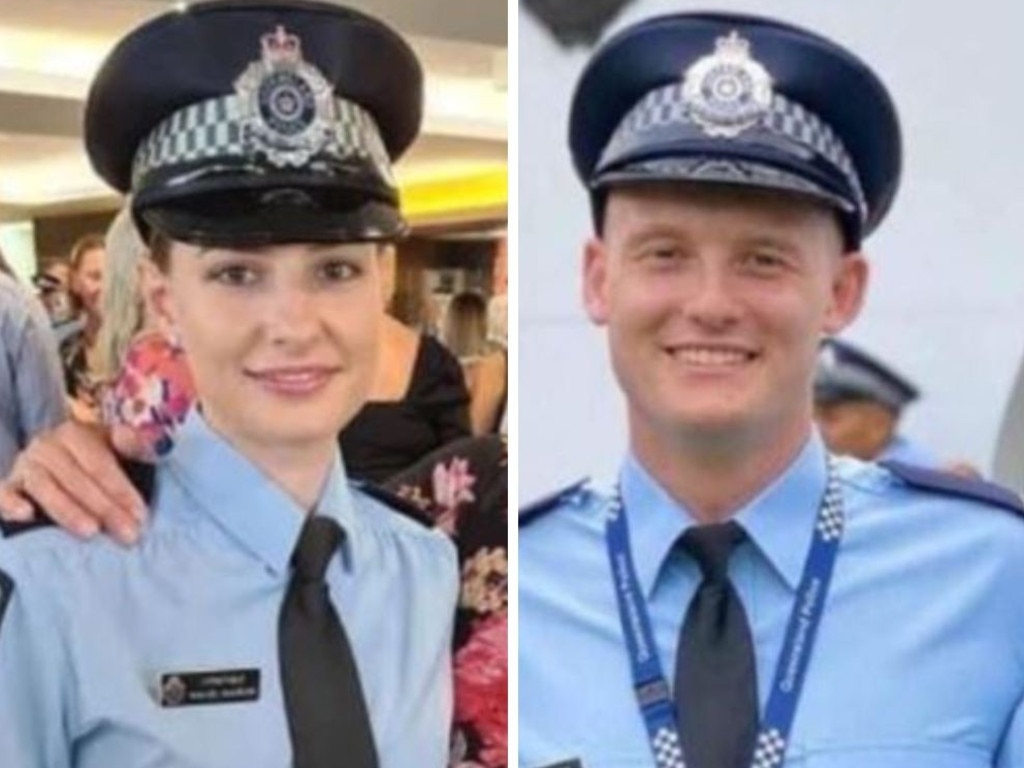 Constable Randall Kirk and Constable Keely Brough were able to escape the ambush by the three offenders — brothers Nathaniel and Gareth Train, and Gareth’s wife Stacey Train — and an intense six-hour siege ensued as the trio holed up inside the home.

Special Emergency Response Team (SERT) officers were rushed in as an emergency declaration was announced for the area, before the three offenders were shot dead at about 10.30pm.

Police are now investigating whether officers were lured to the property.

In audio obtained by the ABC, PolAir officers can be heard directing their colleagues on the ground as they moved in to engage the Trains, referred to as people of interest of POIs. 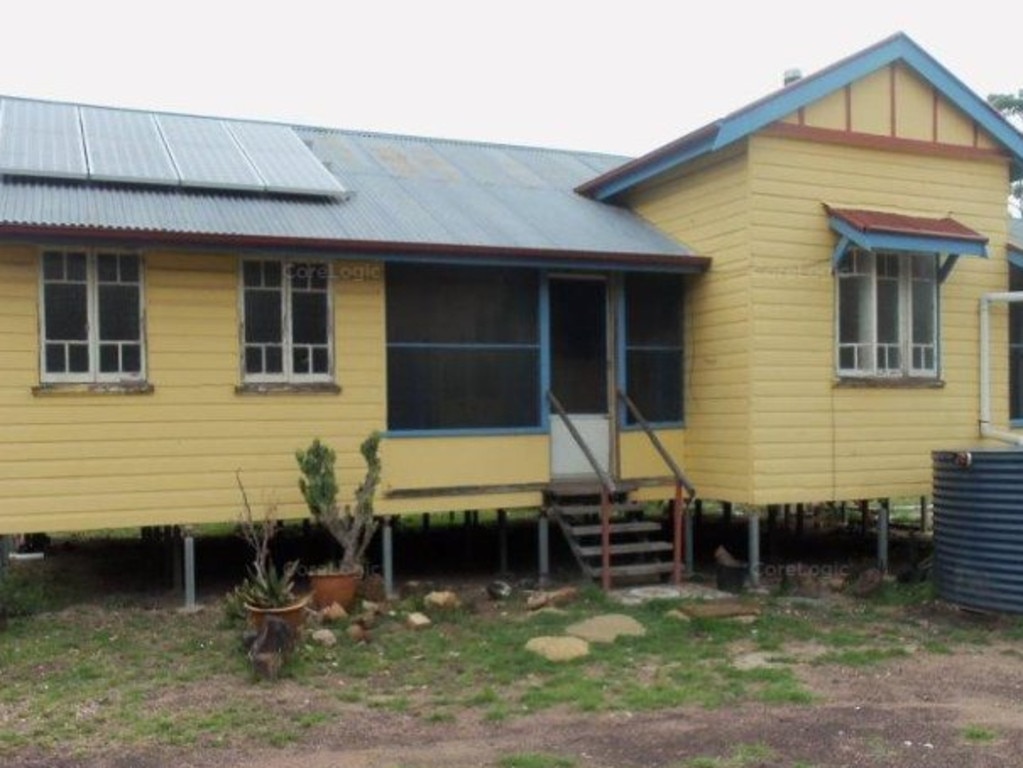 Gareth and Stacey Train bought the property in February 2015.

Both male, both armed and both discharging rounds towards white side.

Both males are down beside the couch and still with weapons pointing white side.

POI 1, Main POI 1 (inaudible) weapons at the back of the utility.

POI 1 with the one rifle now at the driver’s door.

Pointing their weapons white side. Discharging them.

The female POI is unsighted. It is unknown where she is.

Both POIs now weapons are facing white side and as you can see there, they’ve got the spotlight on top of the utility and discharging weapons white side.

Single male discharging his weapon, so main POI discharging the weapon has moved to the rear of the utility. The second male is sitting on the stairs, on the red side stairs.

From what I’m looking at the main POI is obtaining rounds and loading the weapon from the rear of the utility.

(Inaudible) I am not sure if you are getting my transmissions, but the offenders are on red side and the weapons have discharged towards white side (inaudible).

So, the main POI is now at the rear of the utility, and it would appear he has a number of cartridges on the rear tray and that is where he is reloading his weapon.

Ahhh unable to ascertain that. We’re not getting a response from our (inaudible). There have been no indicators. The second male POI is sitting on the stairs on the red side access stairs. The female is unsighted, assumed to be (inaudible).

PolAir to SERT, no change. POI 1 appears to be reloading weapons from the rear tray of the vehicle.

PolAir to SERT, POI 1 back at driver’s door, driver door is open, POI remains outside the vehicle.

PolAir to SERT, weapon is now facing white side; weapon is back being discharged facing towards white side copy.

Yeah PolAir 1, sorry this is PolAir 2, a number of shots going off there. Continually every five seconds.

POI 1 is now back rear tray of the vehicle and POI 2 remains on the red side stairs.

PolAir to SERT, we are not sure but he may have discharged around towards black side. Unconfirmed.

PolAir to SERT, second POI back at the couch facing white side and POI 1 back at the driver’s side of the vehicle.

PolAir to SERT, we’re happy that we’ve seen a pair of legs in the red side balcony so assume that’s the POI female.

PolAir to SERT, looks to us like POI 2 is now on his back.

Number two is still moving on the couch. Number one, no movement.

PolAir to SERT, no change. No movement from number 1 …

PolAir to SERT, so we do have movement from number 2.

PolAir to SERT, so shots fired from number 2 towards white side.

PolAir to SERT, still have moment from number 2, he’s on the couch on his back, facing directly upwards. Still has movement.

PolAir to SERT, no change still movement from number 2. On his back, facing upwards.

PolAir to SERT, number 2 on the couch. One (inaudible) down.

Two’s moving, down on the ground beside the vehicle.

Number 2 is down. Still has movement. Dropping to the ground.

(Inaudible) hand side the vehicle.

PolAir to SERT, he’s down on the ground. (Inaudible) facing the vehicle, no movement.

PolAir to SERT, we have movement on number 2. Number 2’s not moving

PolAir to SERT, still have movement of number 2. Down on the ground, laying on his left-hand side, behind the couch, facing the vehicle.

PolAir to SERT, no change. The movement has semi reduced, and I can actually see.

PolAir to SERT, I don’t have movement at the moment.