A Sydney chef has defended her use of a “racist” word when referring to a popular cheese brand in a viral clip.

Culinary teacher Fatimah Omran shared a recipe on her TikTok account earlier this week that called for the use of Cheer tasty cheese, formerly marketed as Coon.

This brand of cheese famously underwent a name change in July 2021 amid racism concerns, due to the former name being widely regarded as an offensive racial slur.

Instead of using the new name, Cheer, Fatimah told her followers to use “Coon cheese” in the recipe, which saw her being inundated with angry messages.

The 42-year-old says she never meant to use the word in an offensive way, would never be racist, and was simply referring to the type of cheese she was using.

“I’m always posting my recipes online, and that day I was making a three cheese sandwich for my daughter,” Fatimah told news.com.au. 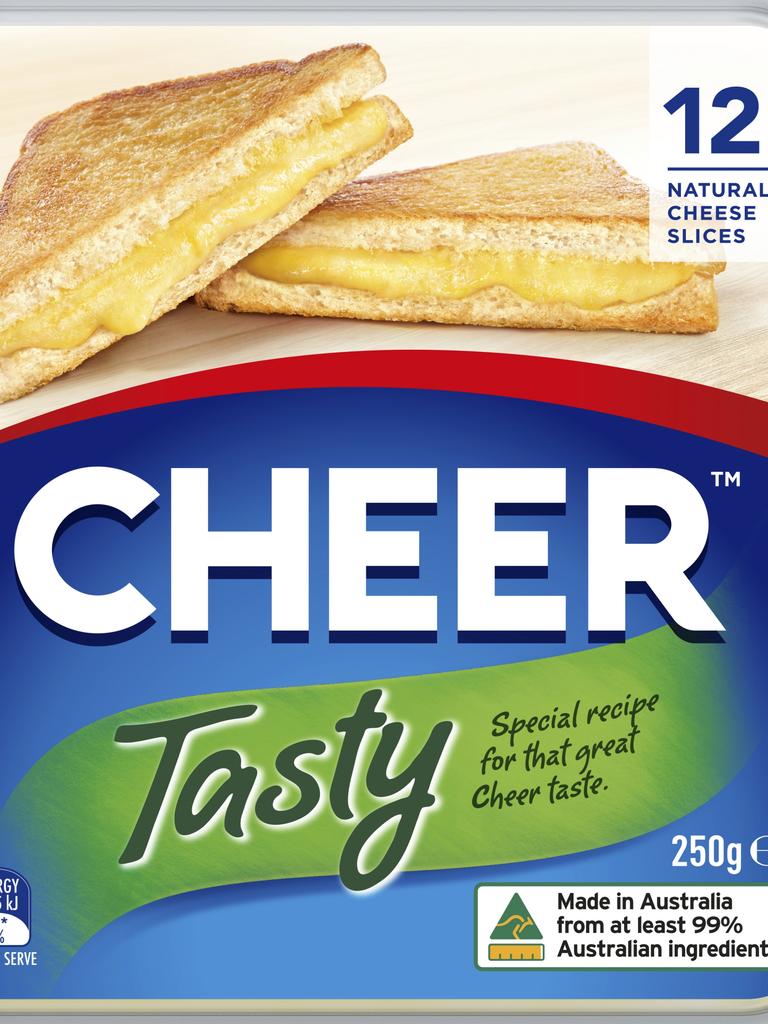 The name changed back in 2021. Picture: Supplied 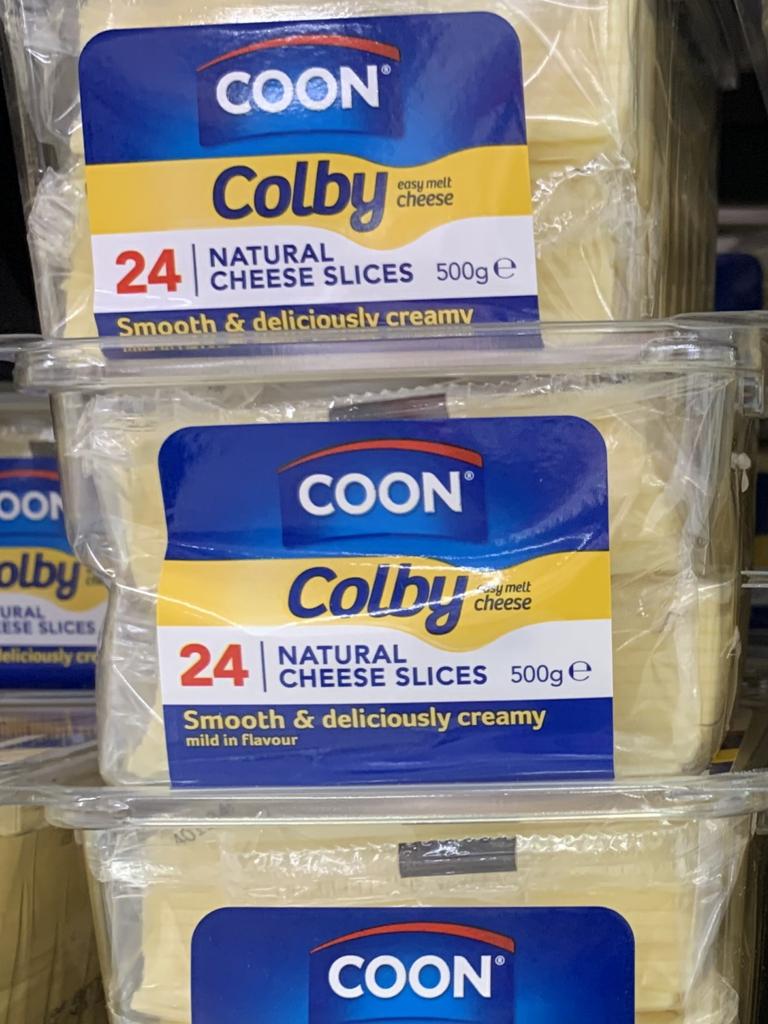 “I thought it was important to name the cheese so my audience would use the right one.

“I’ve never stopped calling it by the original name, and I felt like a fake if I were to call it by its new name, Cheer.

“I was definitely surprised that instead of comments applauding my yummy creation, people were focusing on my voiceover and what I called the cheese.

“I’ve never been racist. My Lebanese background would never allow me to be racist as I’ve experienced racism first hand.

“I believe we are all equal and my reference in the video was clearly towards a cheese. Not a person. You can’t be racist to cheese.”

Fatimah said her inbox was flooded with angry messages from people, many of whom used racial slurs against her based on her ethnic and religious background.

The mum-of-three issued a public apology on her Instagram after the backlash for any offence caused by her video.

“I posted a public apology on my Instagram platform and the support I received was overwhelming and beautiful,” she said. 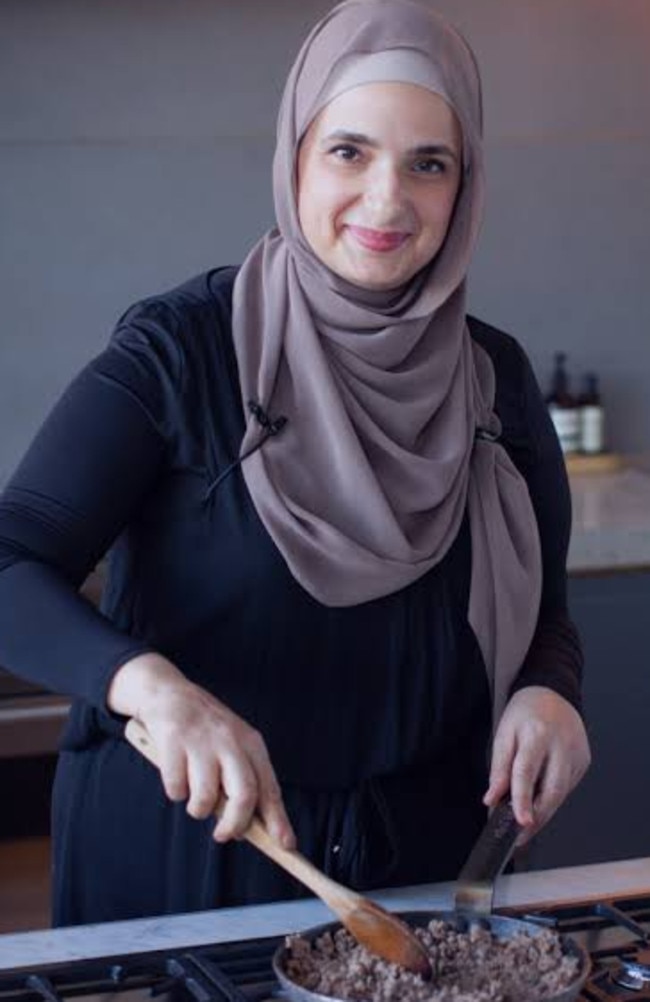 Fatimah asserted that she did not mean anything racist by her video. Picture: Supplied

“My inboxes were flooded with people also claiming they refuse to name the cheese its new name and that they knew my intentions weren’t sinister.

“I also received many private messages calling me ‘Curry muncher’ and other derogatory terms.

“I would never discriminate against anyone because of their ethnicity or background. My religion preaches against that.”

Fatimah said she may not naturally be able to call the cheese by its new name Cheer, but would be more mindful of using the former name in public settings. 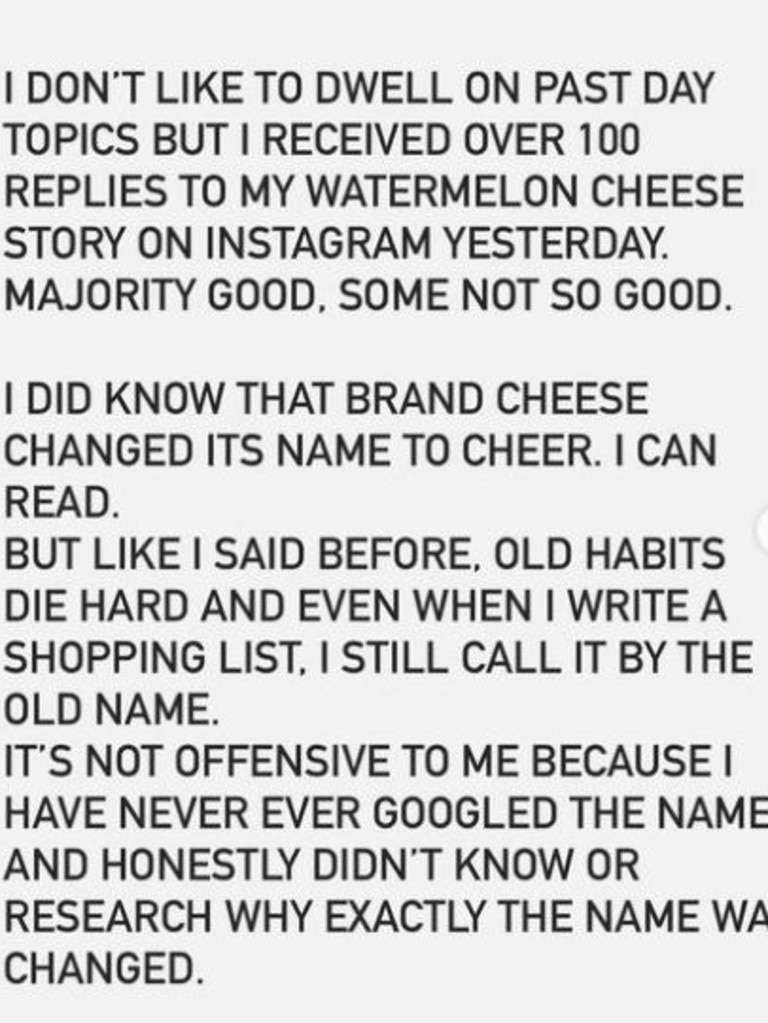 She apologised to those she had offended by her video. Picture: Instagram/Fatimah Omran

“To be honest, I can’t promise I will instantly start calling it Cheer,” she said.

“But I will definitely be mindful when speaking or writing the other word publicly.

“There were many people who defended me on other public platforms saying they are sure I didn’t mean it intentionally and that was the honest truth.

“I grew up eating this brand of cheese with the old name.

“Even now when I’m shopping with my daughter and I tell her to get me the Coon brand cheese, she corrects me constantly.

“But I tell her I will always call it that.

“I have a hard time adapting to new names, plus for the 40 plus years I was using it.

“It is difficult to change a habit.” 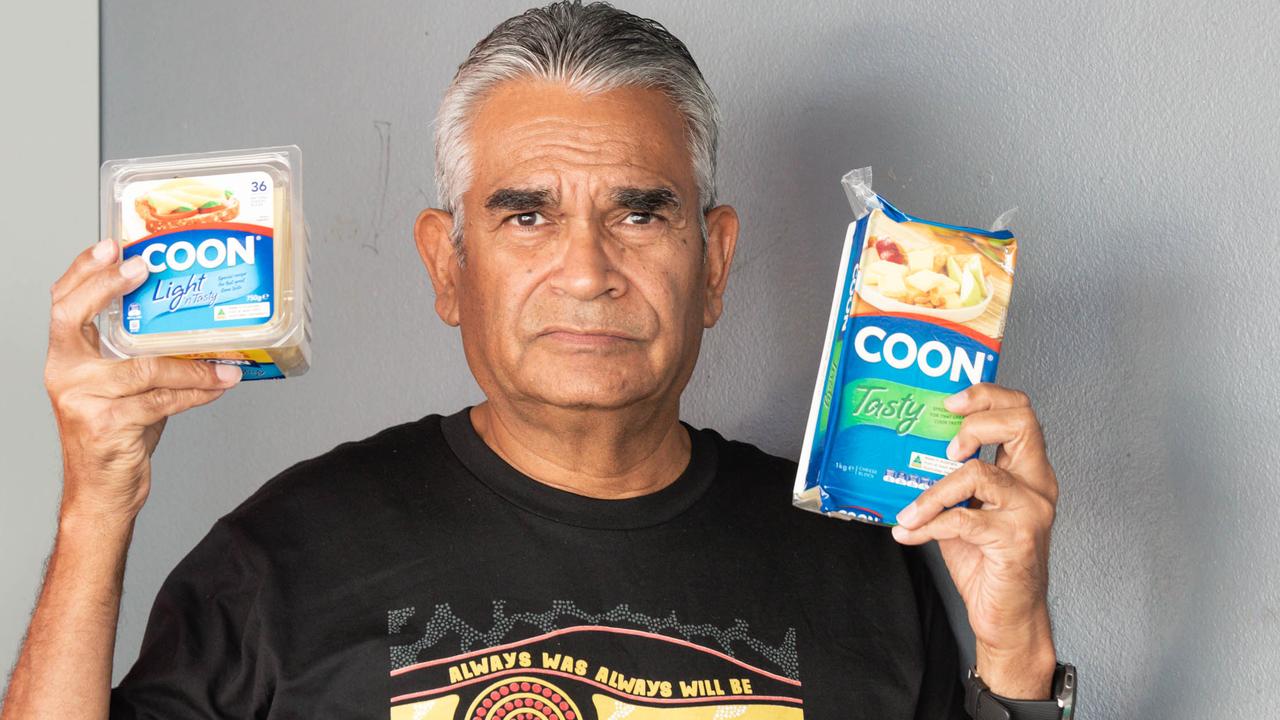 Dr Stephen Hagan, photographed in Darwin, campaigned to have to have the cheese renamed. Picture: Lenn Campbell

Stephen Hagan, the Indigenous activist who was behind the campaign that led the cheese to be renamed, told news.com.au that he was “relieved” the brand was undergoing the change.

“I‘m happy with the name change; the new name doesn’t worry me but I wish they’d changed the packaging too,” he said.

“If you look at the packaging quickly, you’d think it was still Coon cheese.”

Talking to Channel 7’s Sunrise, Lino A Saputo, the chair and chief executive officer of Saputo Inc, said it was a “challenging” decision to rename, because it was such a well-known brand in Australia.

“Although we’ve only owned it since 2015 it was important for us to understand that name did not please other consumers,” he said.

“We thought there was no harm in changing the name.”