Australian fans gathered at the break of dawn to watch the Socceroos face up against reigning champions France in their 2022 World Cup debut, with the mass viewing quickly descending into chaos as Aussie fans spat on their opponents.

Thousands of fans flocked to Federation Square in the Melbourne CBD to watch the game televised live on the big screen at 6am. 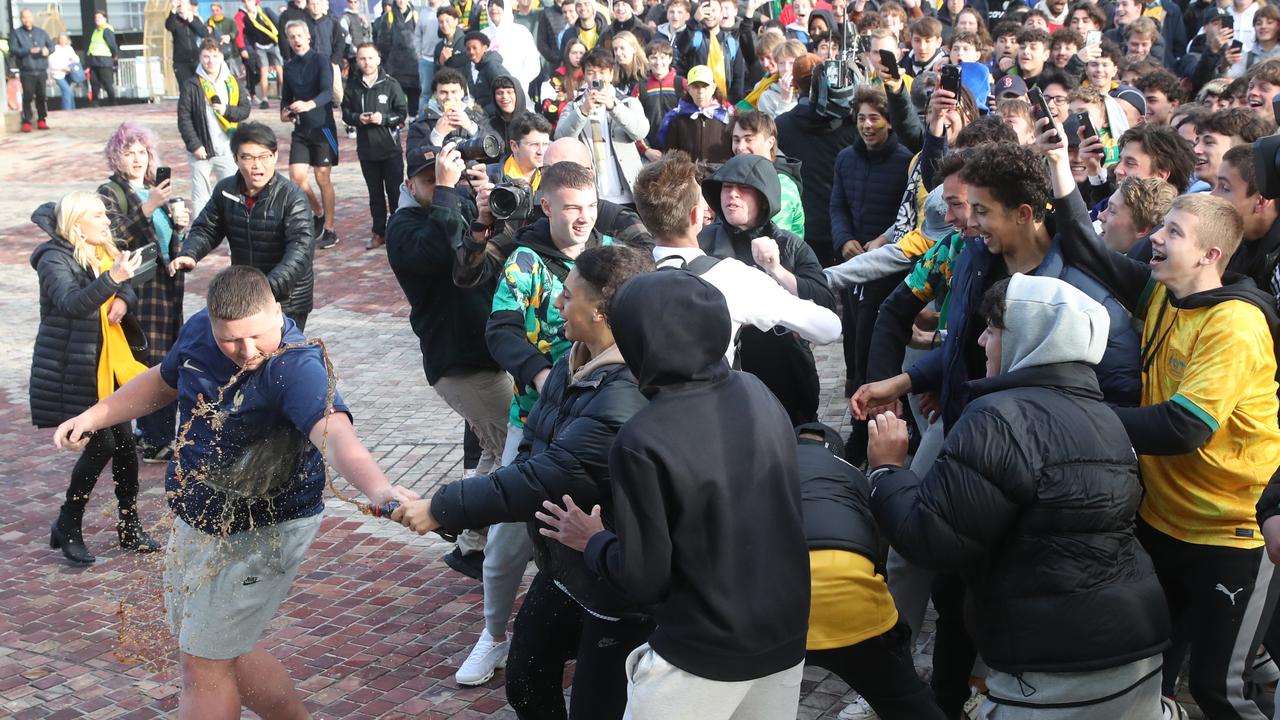 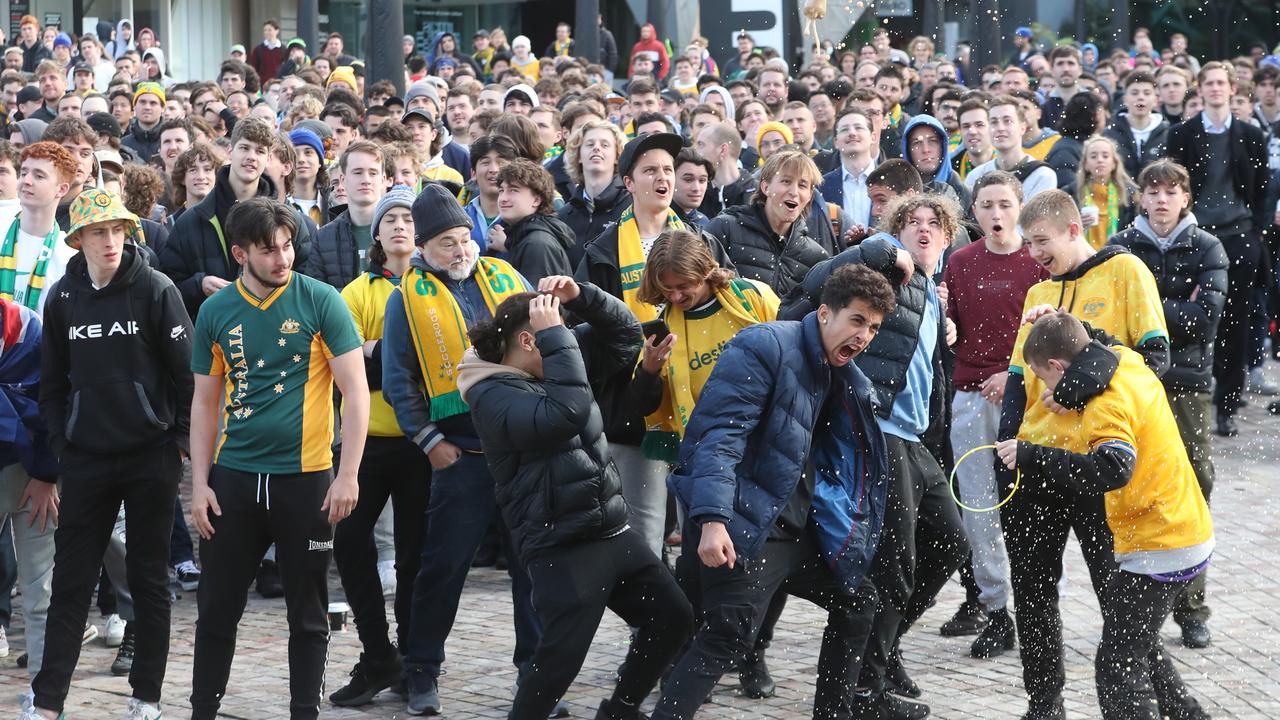 The suspense was high in the opening minutes as eyes were glued to the screen watching the first goal of the game eventuate.

Socceroos star Craig Goodwin scored in the tenth minute setting off a raucous cheer from the fans.

Video captured the moment the sea of fans erupt into cheers and converge into one another hugging and chanting.

Police have intervened to remove particularly unruly and violent fans from the crowd. pic.twitter.com/GSrK6fb9dS

But the mood did not last long, as France scored two goals by the 32nd minute – bringing the score to 2-1.

As the outlook worsened, fans in Federation Square soon turned on a few brave French fans who had turned up to watch the game. 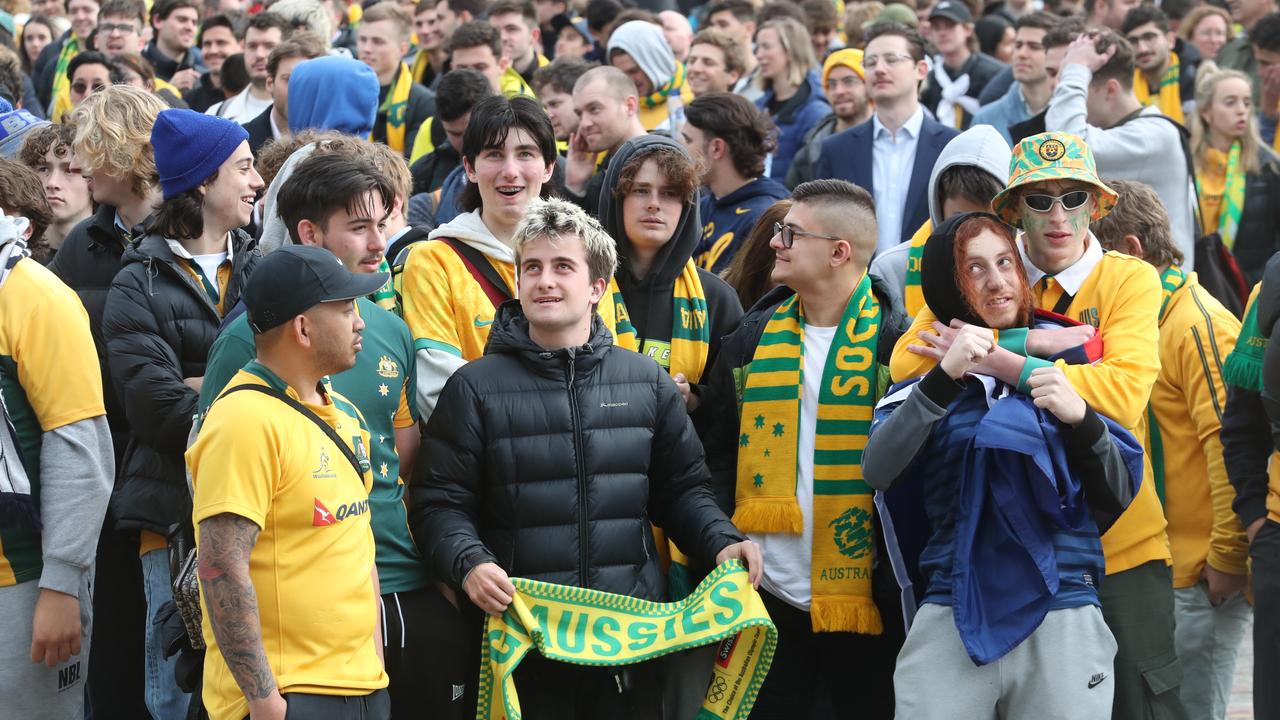 By the end of the game the Socceroos fans were seen swarming a small group of French supporters who were wearing blue in honour of their team.

Video and images show the moment fans began to throw punches and spit on each other, as bottles and cans were thrown in the air. 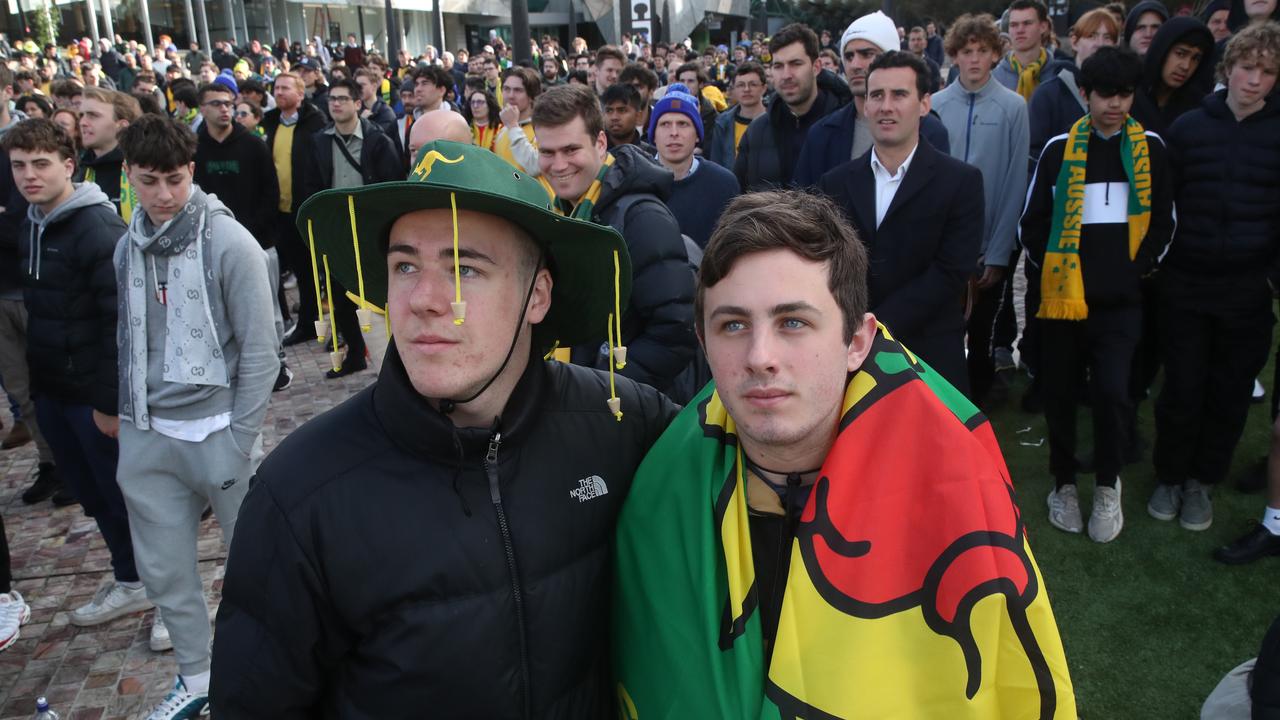 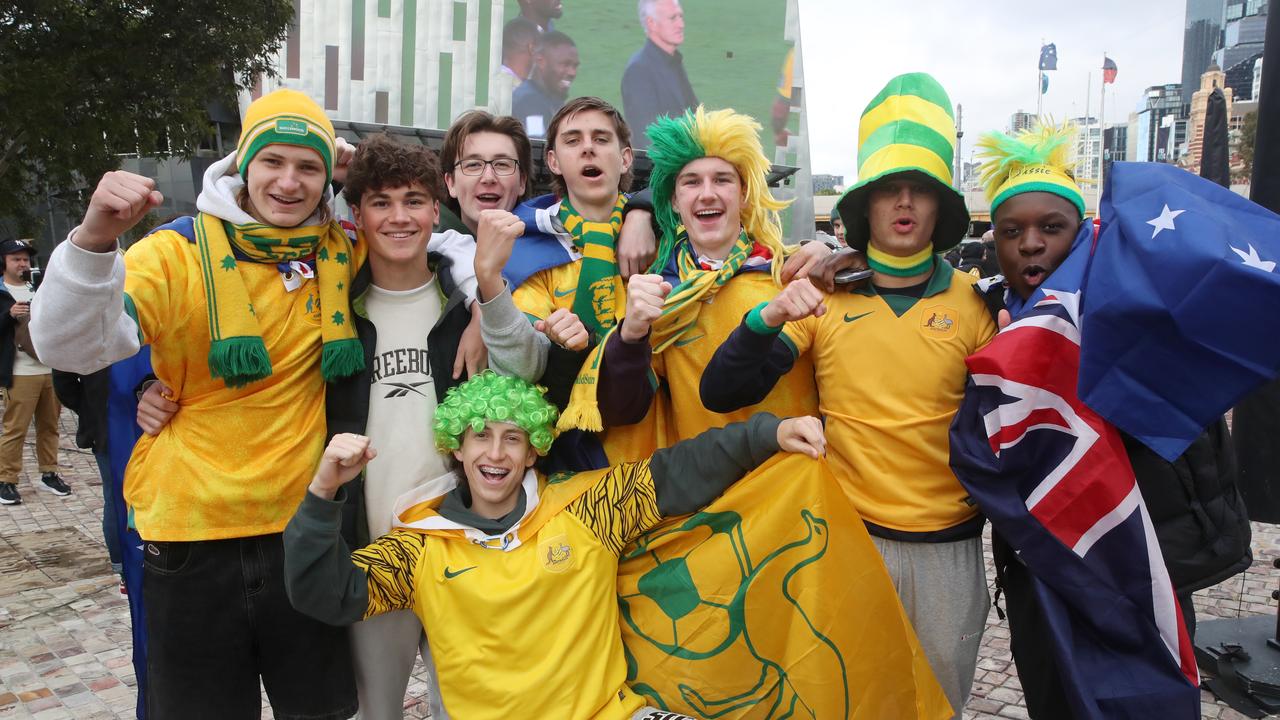 Fans of the Australian team can be seen throwing food and soft drink, spitting at and shoving the lone French supporter as the score solidified.

French fans were forced to duck for cover as they attempted to avoid the cans and water bottles.

Security had to be called in to break up the scuffle and can be seen in video footage pulling aside some of the Australian fans.

What a morning! What a crowd! Thanks everyone for coming down to support @socceroos at Fed Square. ðŸ’ªðŸ½ Who’s coming on Saturday night to watch @Socceroos play Tunisia?âš½ https://t.co/ezjIuvoKux

No arrests were made.

A Victoria Police spokesman responded to the large crowd gathering but said they were yet to receive any complaints.

“There is no place for violent or anti-social behaviour in the community and we support the vast majority of sporting fans celebrating this exciting time in the right spirit,” the spokesman said. 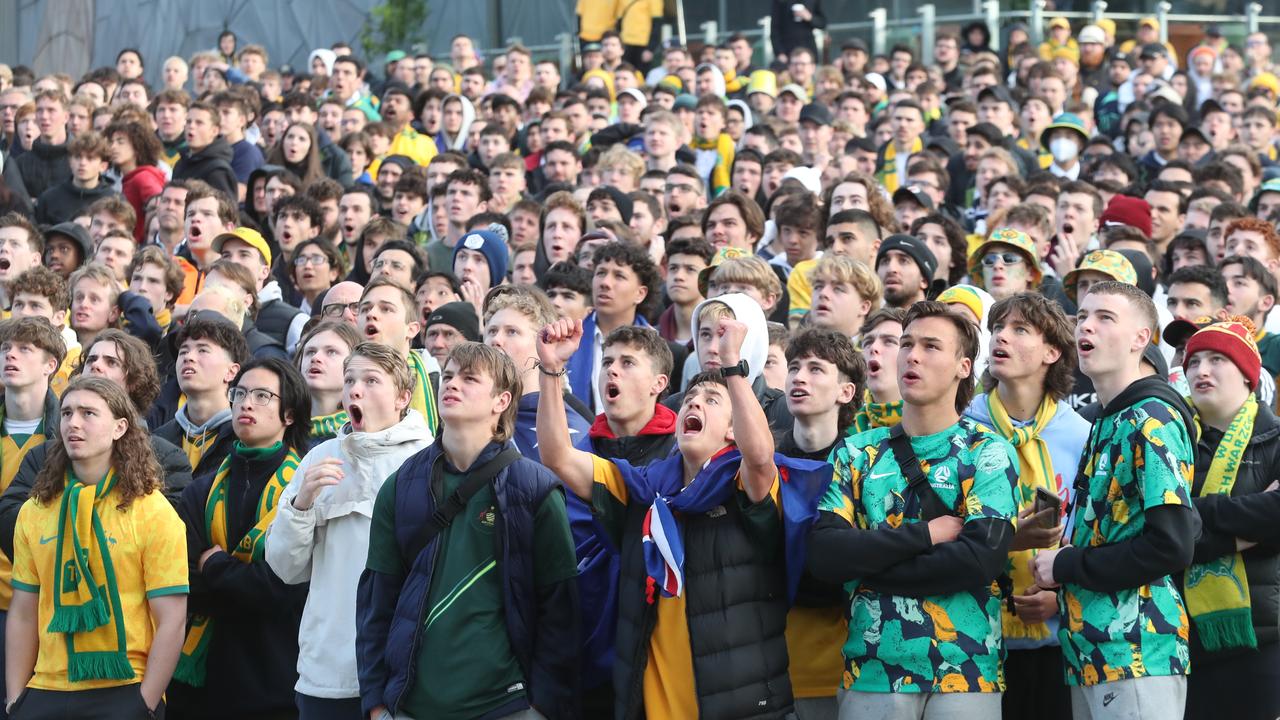 Police will investigate any reports made to them in relation to the event.

France won the first game with a convincing defeat of 4-1 against the Australian team to the disappointment of around 7,000 fans who travelled to Doha for the event.

Fans will return to Federation Square on Saturday night for the clash against Tunisia.