Lisa Wilkinson’s abrupt exit from The Project has sparked intense speculation about the real reasons behind her decision to leave the troubled network.

During Sunday’s show, the journalist and presenter told viewers she would be departing the panel after five years on the show, claiming it was “time to reprioritise a few things in my life” after a difficult six months marked by “relentless, targeted toxicity”.

Since then, media commentator and entertainment journalist Peter Ford has become one of the most high-profile voices weighing in on the saga.

Taking to Twitter, he hinted that “the real story behind Lisa Wilkinson’s shock decision and who is going next” would soon be revealed, as well as “the last ditch attempt to rebrand the show”.

“There will be more ‘shock resignations’ in the next two weeks. How coincidental so many people all decide at same time they ‘need a change’,” he claimed.

He also appeared to hit out at Wilkinson herself, tweeting on Sunday: “Only Lisa could manage to announce ‘her decision’ and make herself a victim at the same time. All the hard work she’s put in etc etc for four nights a week and 20 grand a week. That poor lady!”

Ford’s comments came amid widespread speculation there might be more to Wilkinson’s decision to quit than meets the eye – however, that rumour was shut down by a Network 10 spokesperson, who told news.com.au: “To be perfectly clear, this was Lisa’s decision. Any inference to the contrary is completely false”. 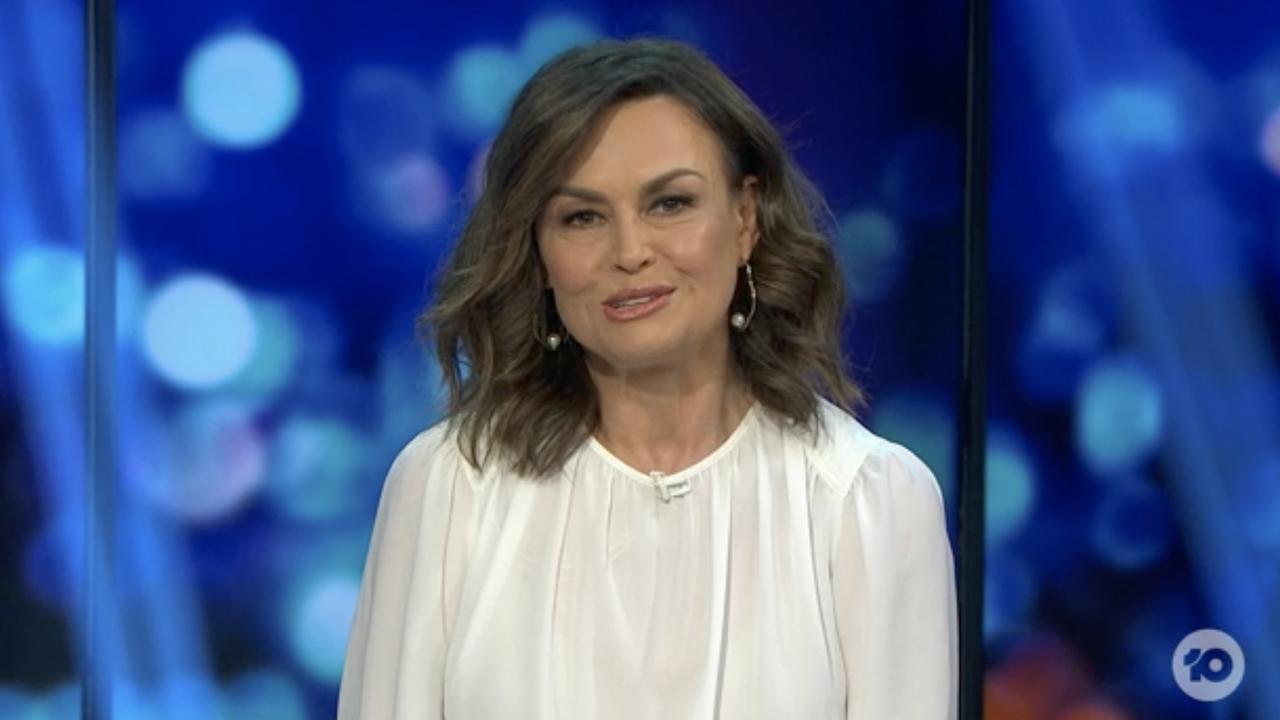 Lisa Wilkinson announced her resignation from The Project on Sunday night. Picture Supplied

But media analyst Steve Allen told news.com.au Wilkinson’s departure – which came hot on the heels of co-host Carrie Bickmore’s shock resignation in October – came amid a turbulent time for both The Project and the entire Channel 10 network.

“(Wilkinson) renewed her contract some time last year, if my memory is right, so it’s a bit unexpected, but the social space is pretty toxic, and when lead with your chin like she does, and you’ve got a husband who also leads with his chin and you defend each other, it’s going to attract the trolls, there’s just no question, and at some point, you go, ‘life’s too short’,” he said.

“Yes, she was getting a substantial amount of money, but people kept attacking her, and at some point you go, ‘give me a break’.

“As I understand it, both she and (Wilkinson’s husband) Peter FitzSimons tried various methods to negate the abuse and negative commentary but clearly in her case it wasn’t enough to quiet down those who have chosen to dislike her.”

But he added that Wilkinson’s departure was “timely”, given it was increasingly clear The Project “does need an overhaul”. 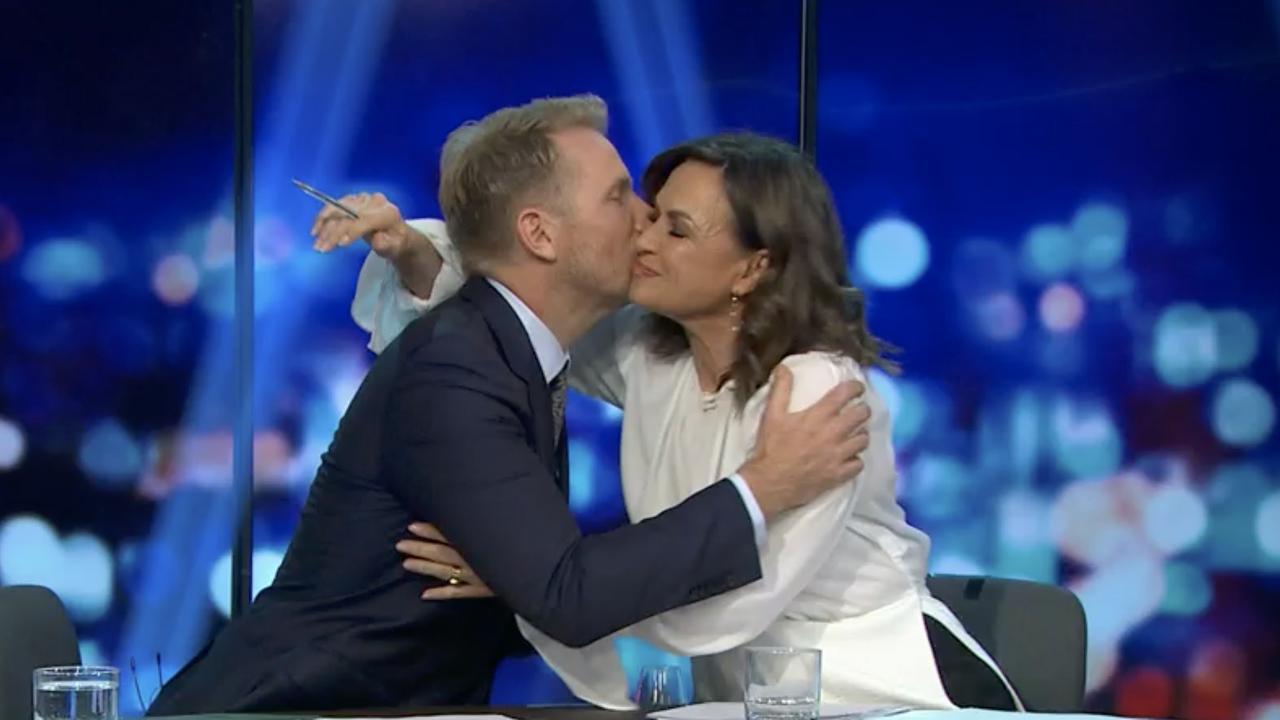 Lisa Wilkinson is kissed by Hamish McDonald as she announces her resignation from The Project. Picture Supplied

“You kind of wonder who is steering the ship at Channel 10,” Mr Allen said.

“There isn’t a conventional management structure … Who is the puppeteer here? What is the clear strategy and what are they doing? I don’t think there’s any clarity on any of that and I’m becoming quite frustrated when I look at Channel 10 – of all the shows they announced a year ago, which ones have been a success?

“The challenge is, when you look at the ratings from their last big launch, it’s pitiful.”

Mr Allen said 10 had a “terrible ratings year” in 2022, and that it seemed as if parent company Ten Network Holdings – a division of the Paramount Networks UK and Australia subsidiary of Paramount Global – was deliberately focusing on subscription streaming service Paramount+ at the expense of the free-to-air offering.

“There’s a big revolution going on … and I get the picture (the parent company) is trying to force more people to go on the subscription channel … and certainly on-air advertising suggests that,” he said.

Mr Allen said The Project had never been an “outstanding ratings success” and failed to compete with the programs on rival networks during the same timeslot.

“When Lisa Wilkinson moved to 10 the ratings didn’t jump dramatically. Yes, she made a difference, there’s no question, but with those sorts of ratings, it’s not the same as Tracey Grimshaw retiring … that was much more momentous because a) A Current Affair already had the track record and b) she was a person people had come to trust, so it’s not quite the same, there was not one person carrying the show because there’s a panel of people and they rotate quite a bit,” he said. 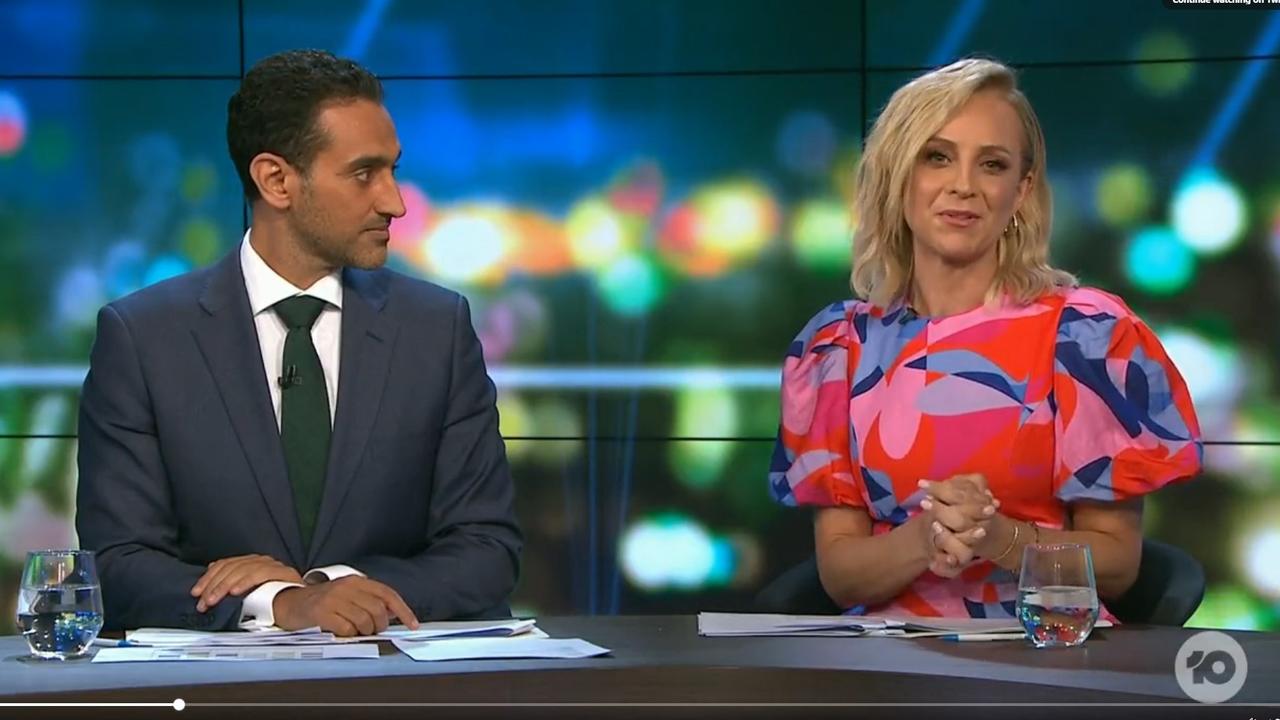 “The big difference Lisa has made is that she got a lot of publicity, that’s the biggest contribution she made. Lisa has brought some credibility and a lot of publicity, which is what stars do and that’s sometimes why you pay over the odds, because they do attract commentary and headlines.”

But Mr Allen admitted that a lot of that publicity had been negative, especially the debacle surrounding Lisa Wilkinson’s Logie speech earlier this year which contributed to the trial of Brittany Higgins’ alleged rapist Bruce Lehrmann being delayed and sparked widespread criticism.

“It comes back to looking at the bigger picture of who is in charge at 10, and what strategy they have – and whether they even care. Because yes, the Brittany Higgins thing caused some strife and 10 and Lisa handled it very badly. Supposedly there was advice before saying ‘you probably shouldn’t do this’, so it should have been prevented,” he said.

“I’m not on the team that says all publicity is good publicity – sometimes, it can be very harmful, and that episode was harmful, and it goes to judgment and credibility again – who is in charge and what’s the strategy? I can’t see it.” While he didn’t believe The Project was “dead in the water”, Mr Allen said it was time for the show – and the network – to get a “refresh”.

“If you look at (comments from the network’s senior executives) you’d think everything was fabulous and that it was a winning network, but that’s just not the case. If there’s a producer of a big rating show, 10 is not going to be the first one they call – they will go to the others first because they carry the ratings and seem to have a better organised machine to get the ratings,” he said.

“The challenge is the pretty awful figures – there’s programming, which is in turn ratings, which is in turn a lack of leadership. It’s a circle, a continuum, like a dog chasing its tail. You need to get these things right and it starts from leadership – where are we taking this, how are we going to get there.

‘Victim’: Australia reacts to Lisa’s abrupt exitProject exodus: ‘There will be more’

“Channel 10 has been floundering for a few years and I can’t remember the last hit show they had.”

Despite the recent upheaval, The Project is set to return to Australian screens in 2023 and a replacement for Carrie Bickmore is expected to be made shortly.