A Perth father has recalled how he woke with a fright after a car smashed through the bedroom wall of his rental home.

Eddie Flynn was fast asleep in his Aveley home on Thursday night when the car launched in the air and into his home.

“Definitely lucky [to be alive] I‘m going out to get a lottery ticket as soon as I can find my wallet,” he told Nine News. 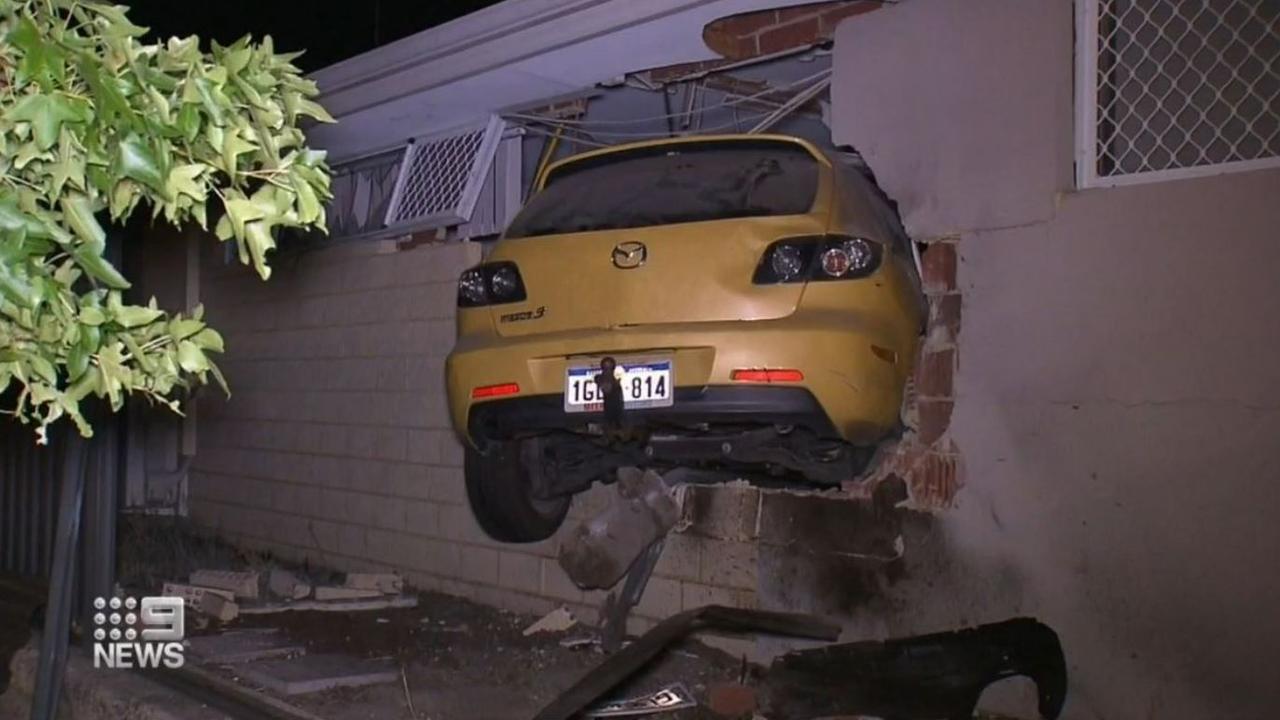 A car crashed into the wall of an Aveley house narrowly missing a sleeping father. Picture: 9 News

Mr Flynn said the whole room “exploded into dust and debris” and the car came within inches of joining him “in bed”.

He heard the driver “wailing” from inside the car still lodged in the side of the house and told his son Josh to call triple-0.

The 21-year-old driver taken to hospital to treat his injuries. 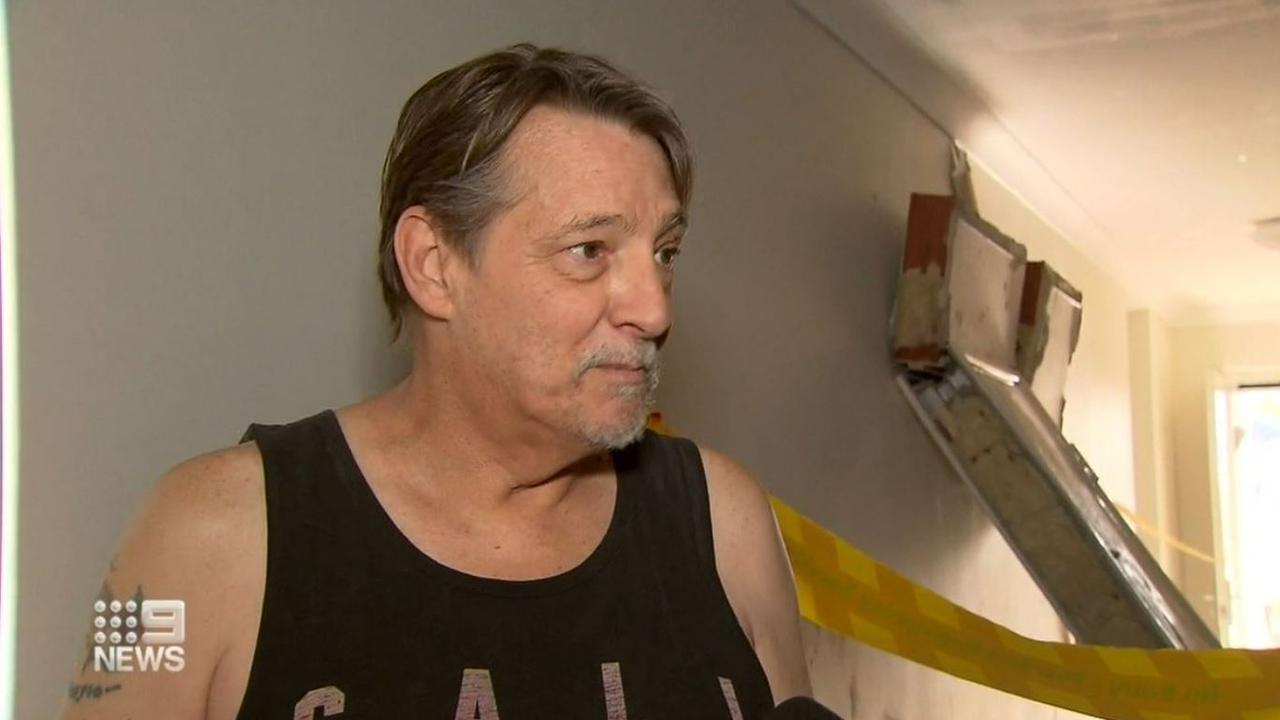 Some of the family’s belongings were destroyed during the crash but Mr Flynn told Nine News he is relieved just to be walking away from the incident.

However, the family’s home has been deemed not liveable while repairs to fix the damage are undertaken.