A mum who allegedly had her car covered in dog poo by an irate “Karen” now claims she has been harassed online by the woman.

Natalie Mayers had been approaching her car during a work break when she says she saw a woman staring into her vehicle’s windows – so she whipped out her phone to film.

The 39-year-old, who lives in Toowoomba, Queensland, told news.com.au she had no idea what was happening, but as she got closer saw the unthinkable – her car was covered in dog poo mixed with boiling water.

The woman, who is believed to live near where Natalie parked her car, admitted to the bizarre act, stating in the video that it was because she did not like people parking in front of her home. 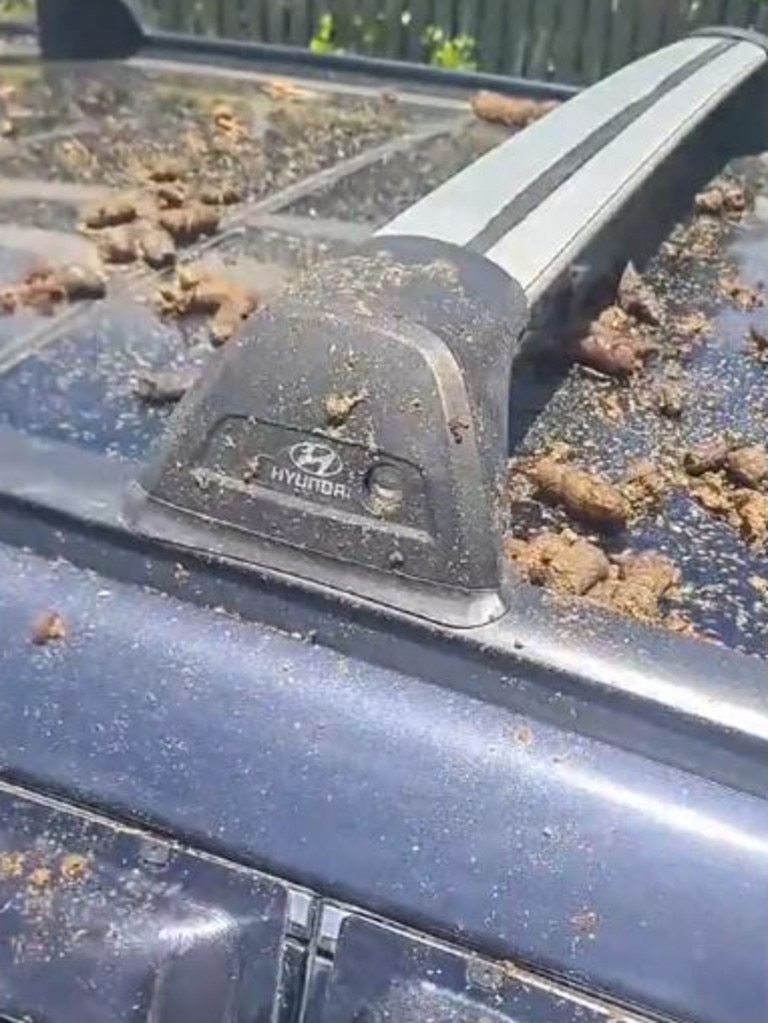 Natalie’s car had poo all over it. Picture: Supplied

Now the mum has shared an update on TikTok, claiming that the woman has since tracked her down on Facebook and sent her vile messages.

“This lady has actually found me on my Facebook and has sent me some rather vile messages,” Natalie said.

“They will be going to the police, along with her contact details.”

In one message that Natalie claims was sent to her by the woman, it shows the person calling her a liar and questioning her need to park in that area.

“I would like to know if Natalie Mayers and Natalie McKraken are the same toxic, dog s**t, lying person and she does, actually have a genuine reason for parking in east Toowoomba,” they wrote. 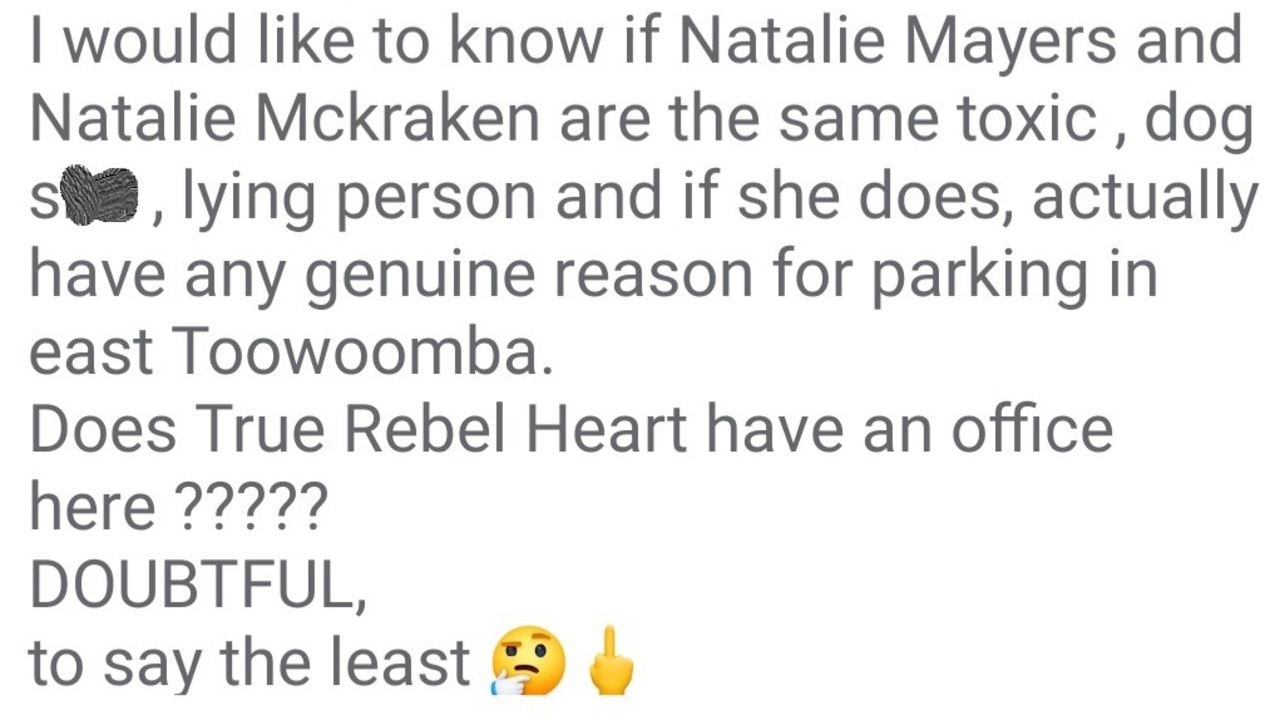 Natalie Mayers says she has received harassing messages from the woman who threw dog poo onto her parked car shortly. Picture: Supplied.

“Does True Rebel Heart (Ms Mayers’ business) have an office here???? Doubtful, to say the least.”

Natalie says police have since been in touch with her, and she is going to make an official statement, where she expects charges will be laid.

No charges have been laid at the current time.

“I had never seen her or met this woman in my life. I have no idea who she is,” Natalie told news.com.au.

“That whole street is designated parking for the CBD, you can park between 9-5. It fills up with cars parking, so I can understand it would be annoying for her.

“It was my first day back from maternity leave. I was in a rush to get to work, and my driver’s seat was not directly outside her gate. 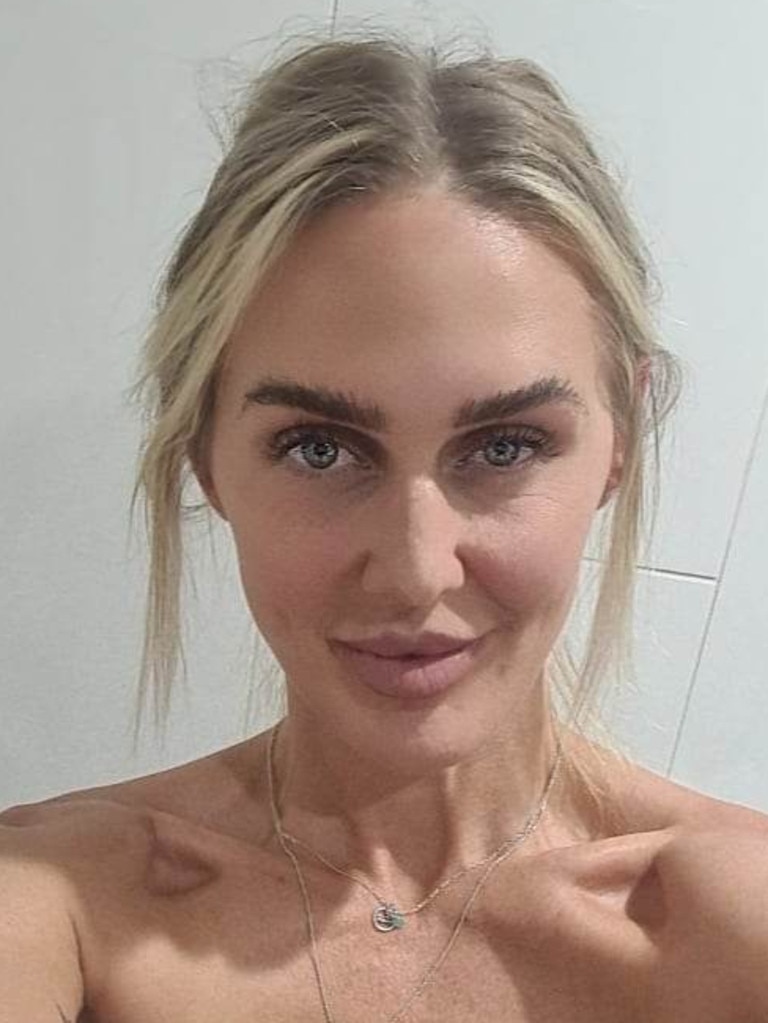 The mum had just returned to work after maternity leave. Picture: Supplied 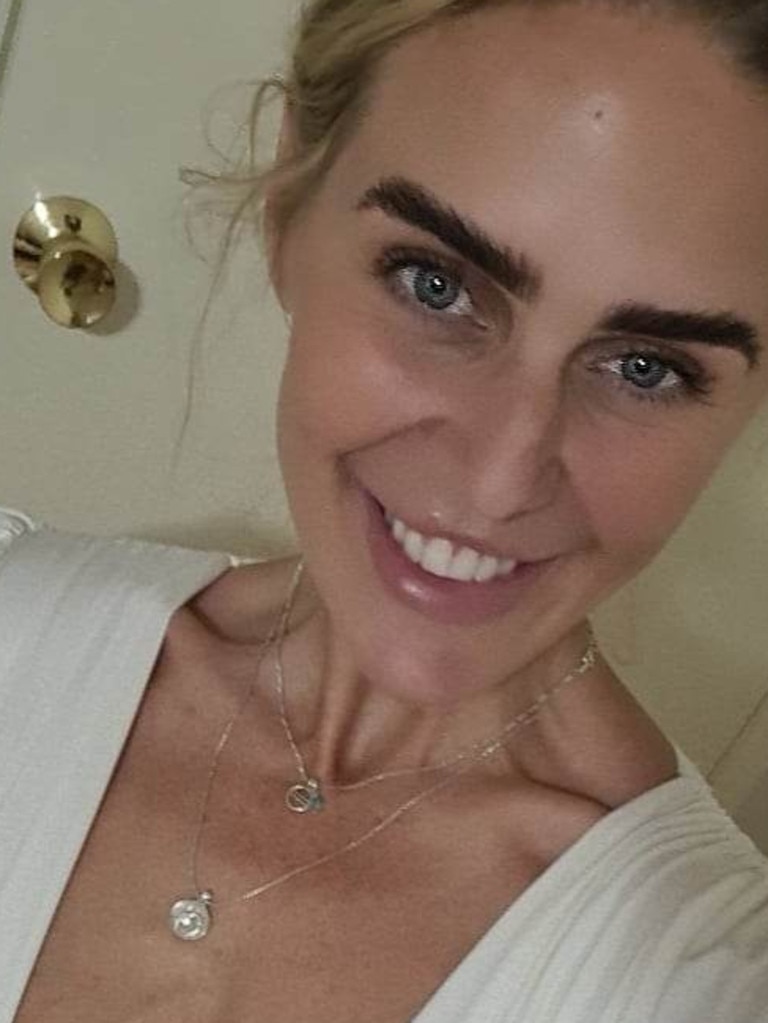 She claims to have never met the woman before. Picture: Supplied

“She has a sign there telling people not to park there, but I did not see it. Everything I did was totally legal, I didn’t park in her driveway or do anything I wasn’t meant to.

“I was going to my car when I noticed someone looking into my car window. I pulled out my camera and started filming, and this lady walked back into her driveway.

“She came back out carrying a big bucket, and poured what I thought was boiling water over my car. You could still see the steam.” 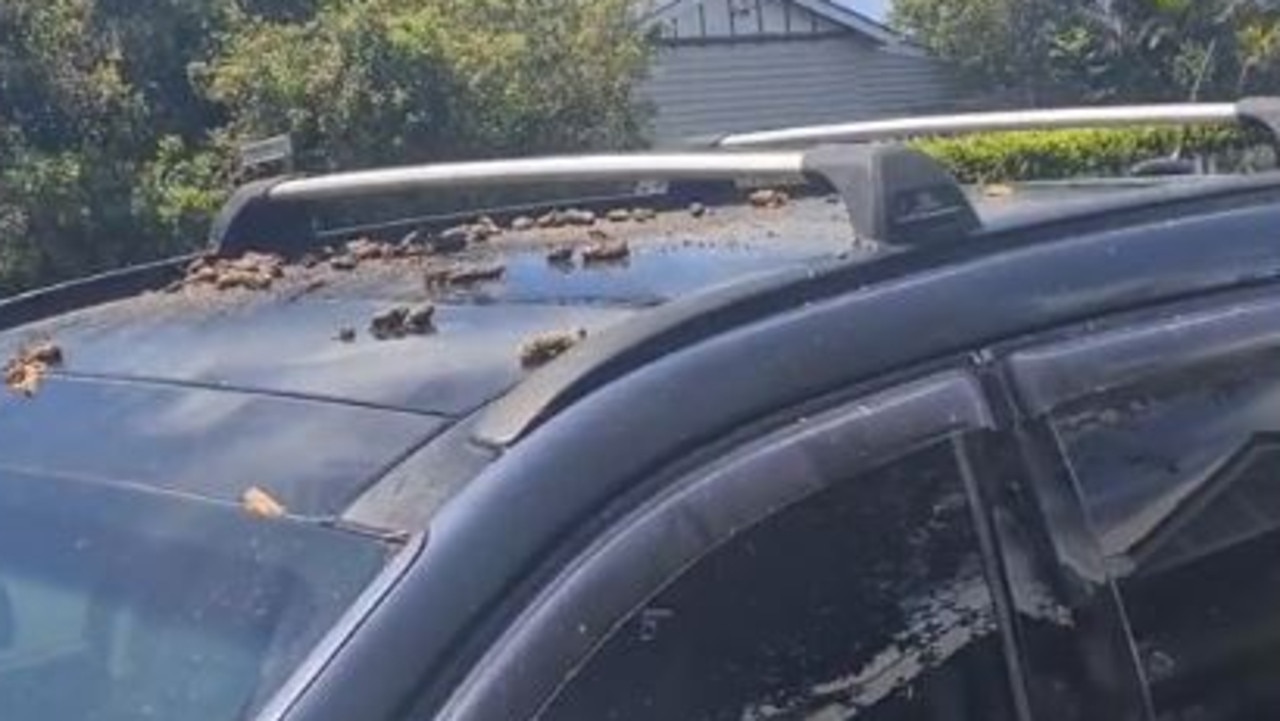 Natalie said a co-worker helped to hose the “poo brew” off her car. Picture: Supplied

She says after confronting the woman, she denied it at first – but after telling her what she saw and having captured it on video, the stranger admitted to the act.

In a now-viral clip filmed on 19 December, the woman stood outside her gate, admitting that she had also put dog poo into the bucket.

The sign on the woman’s gate reads “PLEASE do not park outside our house while you go to work, thank you.”

“Why did you park in front of my house?” the woman in the video asks Natalie.

“When there is a sign here saying please don’t? And the street is empty, why would you park here?”

Natalie has pleaded with the public not to take the law into their own hands.

“I’ve had lots of people wanting to take revenge, but I plead with them not to,” she said.

“It’s nice to have a lot of support, but I don’t want anyone to try and reach out to the woman or do anything to her.”