An enormous toad so big a ranger thought she was being pranked has been discovered in North Queensland.

The massive amphibian, since dubbed Toadzilla, was encountered by ranger Kylee Gray this week when Department of Environment and Science rangers were cleaning a trail at Conway National Park, in the Whitsunday region.

She was so shocked at what she saw, she thought someone was playing a trick on her.

“But then I realised it was breathing. A big warty, brown, ugly cane toad just sitting in the dirt,” she told ABC News. 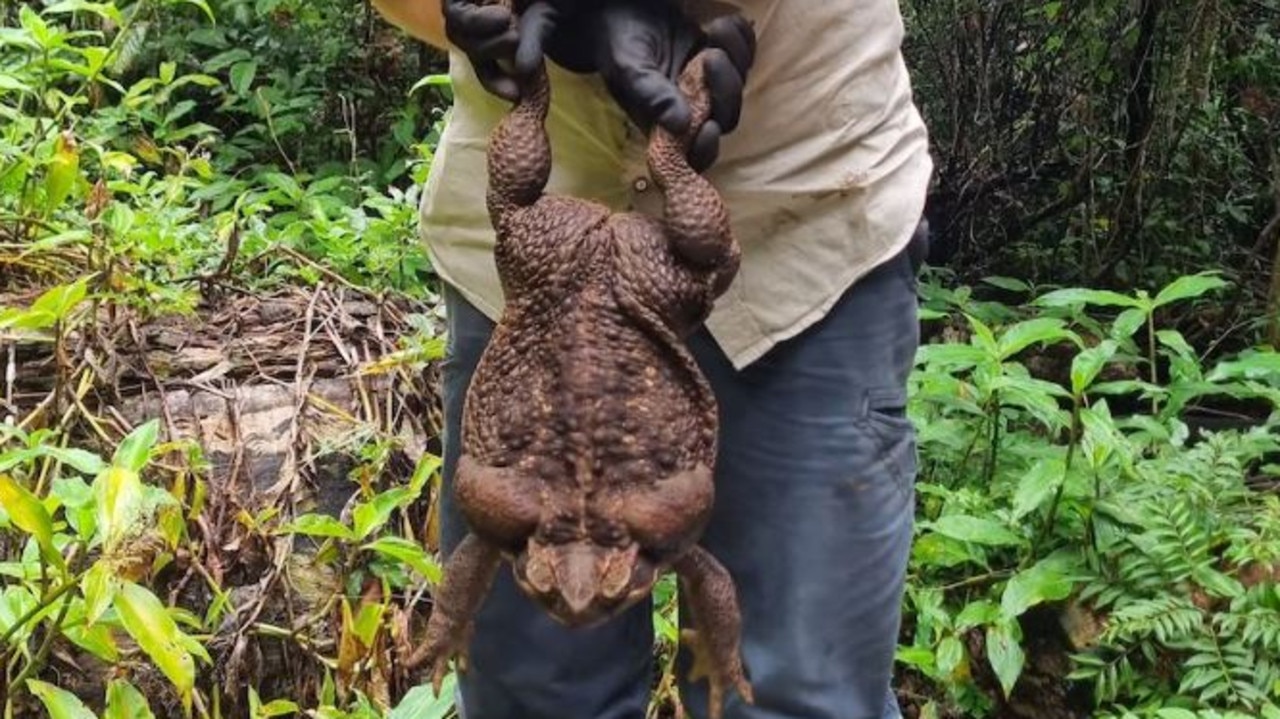 Toadzilla looked like a football with legs, according to the ranger. Picture: Department of Environment and Science via ABC News

The whopper toad later weighed in at 2.7kg – heavier than the largest known toad which was recorded by the Guinness World Records after weighing in at 2.65kg in 1991.

“It flinched when I walked up to it and I yelled out to my supervisor to show him. [It looked] almost like a football with legs,” Ms Gray said.

Measuring up at more than 25 centimetres in length, she said it was the biggest toad she had ever seen by far.

“A cane toad that size will eat anything it can fit into its mouth, and that includes insects, reptiles, and small mammals,” she said. 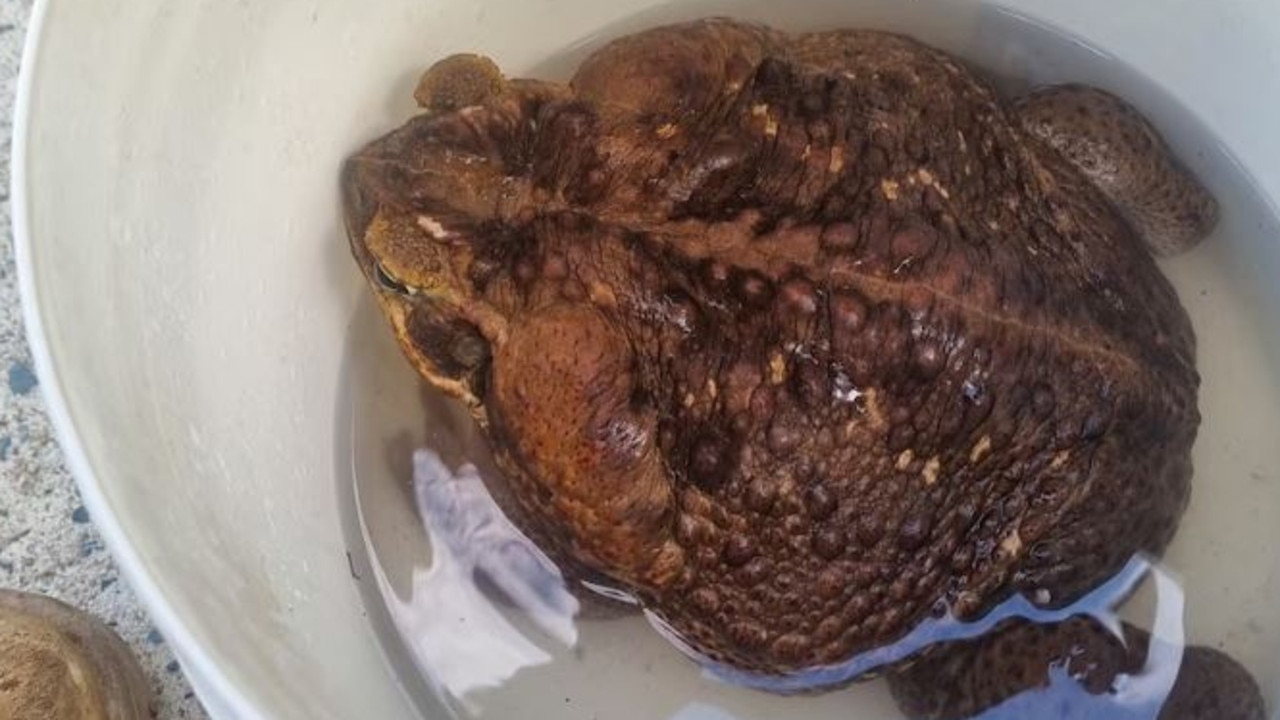 The enormous amphibian was speculated to have been around a while. Picture: Department of Environment and Science via ABC News

The toad, found at 393m of elevation, was believed to be female given they typically grew bigger than males.

It was speculated the giant toad had been “around a long time”, but it was not known exactly for how long.

The poisonous animals can live up to 15 years in the wild.

Toadzilla was euthanised and is set to be taken to the Queensland Museum in Brisbane.