A driver has expressed frustration over a confusing parking sign he described as a “trap” after being fined what he would usually spend on a week’s worth of groceries.

The Canberra road user was stung $128 after misunderstanding a group of three small road-side parking signs on Allara Street on Saturday.

Thinking he was allowed to park for any duration on the weekend given the sign limited parking for five minutes between 7.30am and 6pm Monday to Friday, the man kept his car in the spot from 11am to 2pm.

When he returned, it became clear his initial understanding of the sign was wildly incorrect.

Displayed on a sign above was the directive that at “all other times” the spot was a “taxi zone”.

He said he was regretful he didn’t pay more attention to the taxi sign, but at the time was in a rush and overwhelmed by all the information. 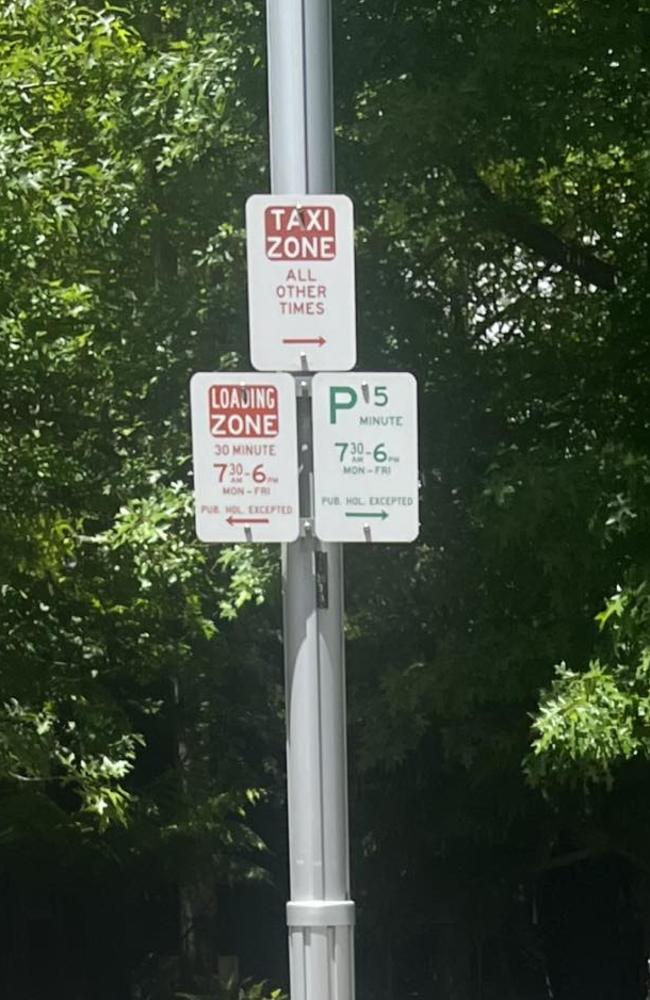 The bay next to where he parked came with its own separate rules.

It was a 30 minute parking zone between 7.30am and 6pm between Monday and Friday, with the exception of public holidays.

On reflection, he felt he may have avoided a fine if he parked one bay over.

Taking to social media after receiving the fine, he warned others to be careful.

“I really think it’s a trap, though I paid the fine already. The sign became obvious after I spent $128 dollars which is my whole week’s grocery expenditure,” he wrote.

While he gained the empathy from many members of the community, others were less understanding and asserted that he should have known better.

“By the time you had read it, the five minutes would be up,” one wrote.

Another said they too thought it was “a bit confusing”.

“Normally these are exempt on weekends but for the sign at the top. Bad luck man. You could try appealing it,” they wrote.

“Too many bloody signs,” someone else added.

The driver told news.com.au he had decided to take the expensive lesson on the chin.

“I was just complaining about the confusing sign but actually it’s not a big deal,” he said.

“It’s rare to see the three plate combination in Canberra and it takes time to understand it. “But if people rush to park and go somewhere, they may neglect the meaning of the sign.”

While he felt “sad” and “very unlucky”, he said he would “take it as a warning” and “take care” in future.