Scott Morrison is set to be formally condemned by parliament for failing to disclose his secret ministerial appointments to the House of Representatives, the Australian people and his cabinet.

Labor has released the details of the censure motion it will move against the former prime minister in the lower house on Wednesday.

Leader of the House Tony Burke will move a motion to have the House of Representatives note that the Constitution provides for “responsible government” described by the High Court as a “system by which the executive is responsible to the legislature and, through it, to the electorate”.

The motion will have the lower house note the findings of the report into Mr Morrison’s conduct compiled by former High Court justice Virginia Bell. 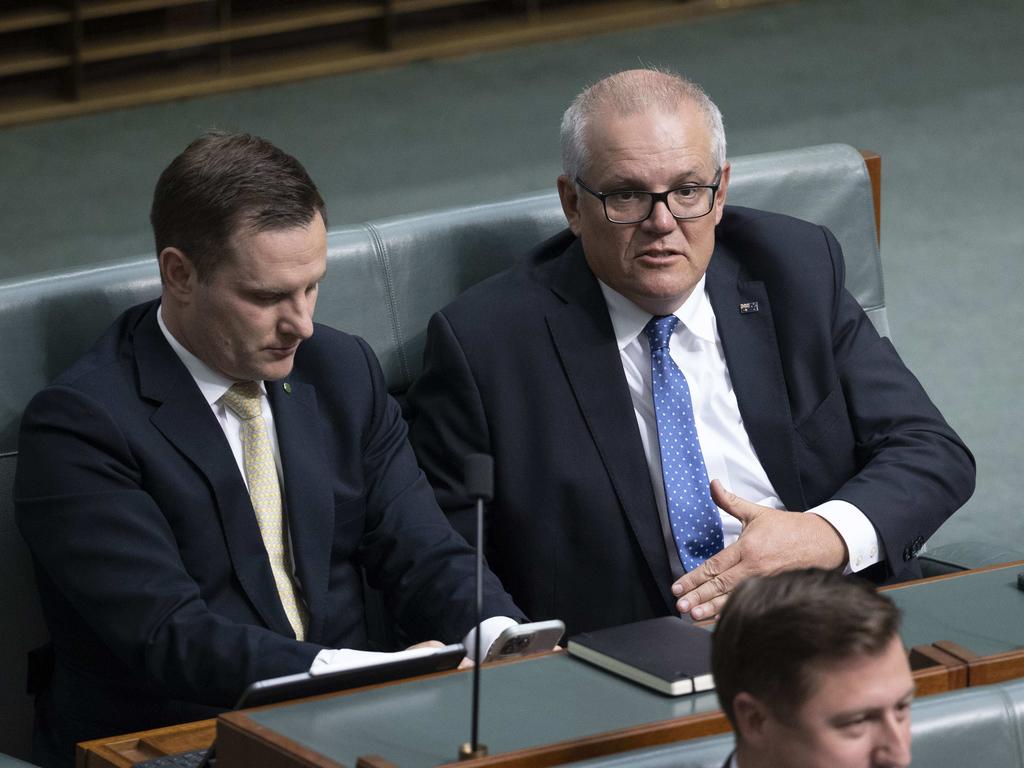 Scott Morrison and his ally Alex Hawke were photographed together during Question Time in the House of Representatives on Tuesday. Picture: NCA NewsWire / Gary Ramage

Mr Burke will move to have the house note in particular that Ms Bell found Mr Morrison’s actions were corrosive of trust in government and fundamentally undermined the principles of responsible government because he was not responsible to the parliament for the departments he was appointed to administer.

Labor said it would push for Mr Morrison to be censured after the Bell review was released last Friday.

Mr Albanese commissioned the inquiry in August when it was revealed Mr Morrison had appointed himself as joint minister in the portfolios of health, finance, Treasury, home affairs, and industry, science, energy and resources during the Covid-19 pandemic. 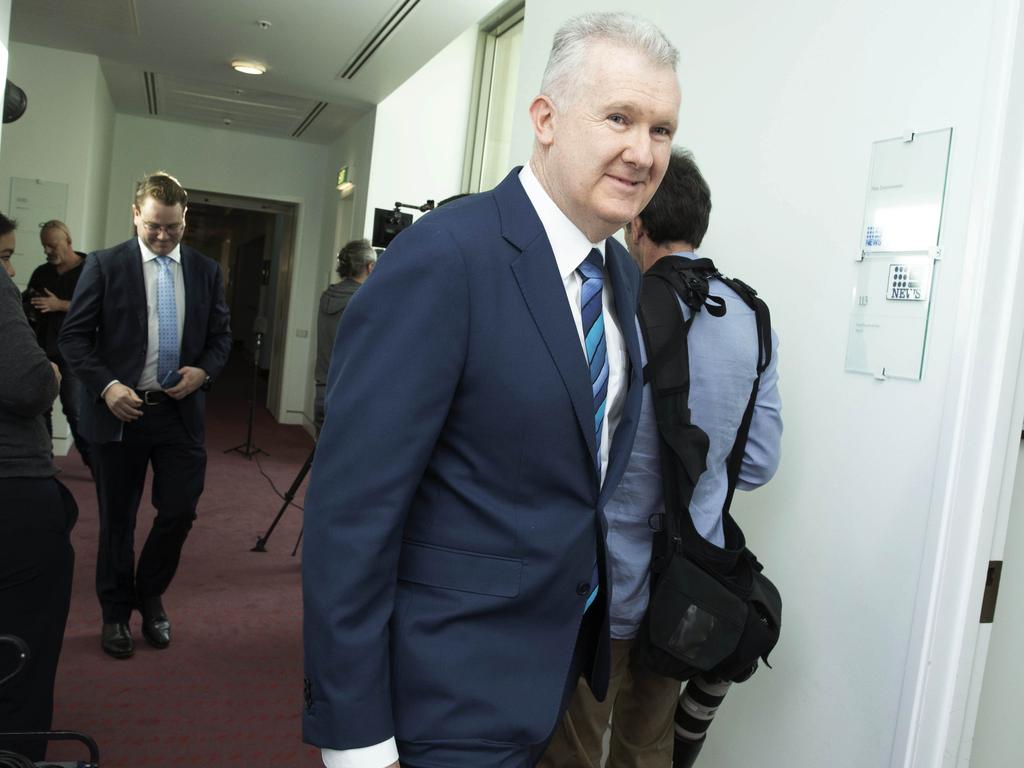 Federal cabinet at its meeting on Monday agreed to adopt all six recommendations made in the report, including creating laws to improve transparency around ministerial appointments.

The Opposition has said it will back Labor to adopt Ms Bell’s recommendations, although it has dismissed the censure motion as nothing more than a political stunt.

“I will be supporting the censure motion if it comes forward,” she told the ABC on Tuesday.

“My view is that it would be an act of extreme hypocrisy for me, personally, given the stance I’ve taken in the past couple of years on issues such as integrity to do anything other than to support that motion”

Ms Archer reiterated her belief that Mr Morrison’s conduct was an “affront to democracy”.