Ten years ago today, thousands of beachgoers paddled off Bondi Beach on blow-up thongs with huge Australian flags printed on them.

A quick browse through the pictorial archives shows the beach that day in 2013 laden with bikinis, boardies, sunnies and inflatable hands and kangaroos with Australian flag and “Aussie, Aussie, Aussie, oi, oi, oi” prints.

Nowadays, the end of January has become a significant point of contention regarding whether the date of Australia Day should be changed, with the debate becoming more intense as each year passes. 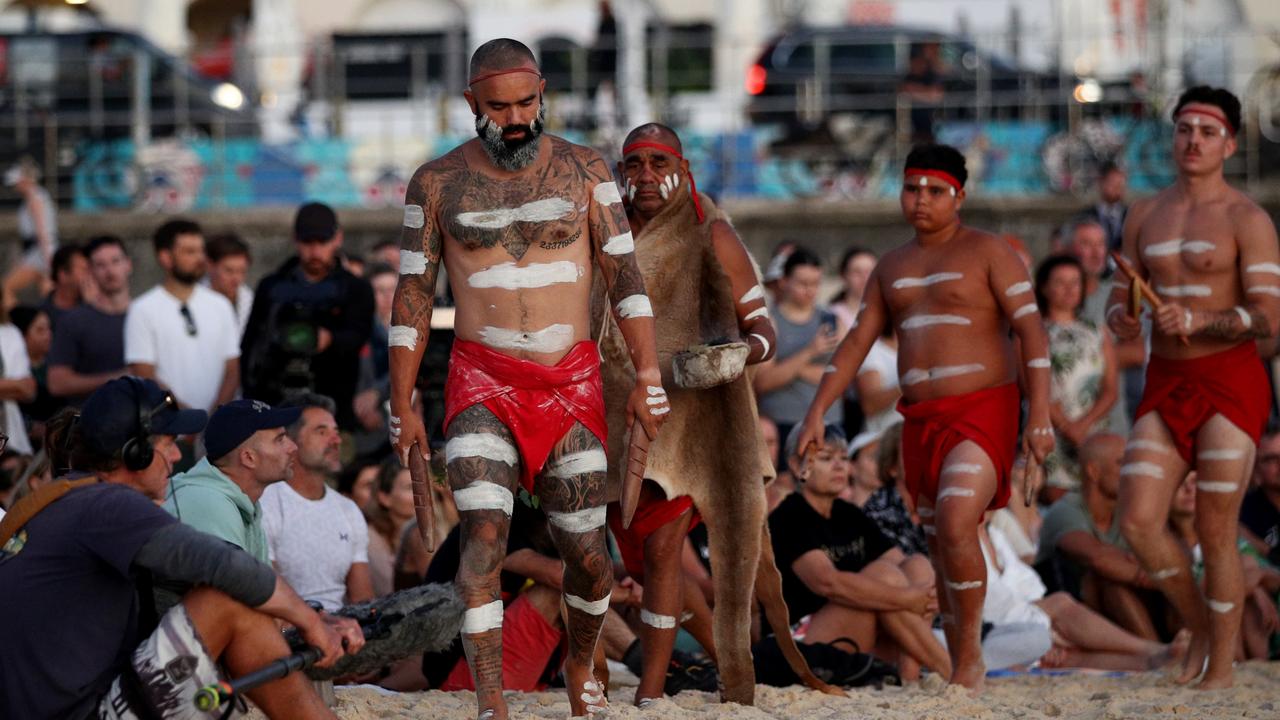 Some see January 26 as a day for celebration, but for Indigenous Australians, it’s Invasion Day, and it is a day of mourning.

On this day in 1788, the First Fleet sailed into Sydney Cove, which for many First Nations people meant the beginning of widespread massacres, land theft, stolen children and oppression. 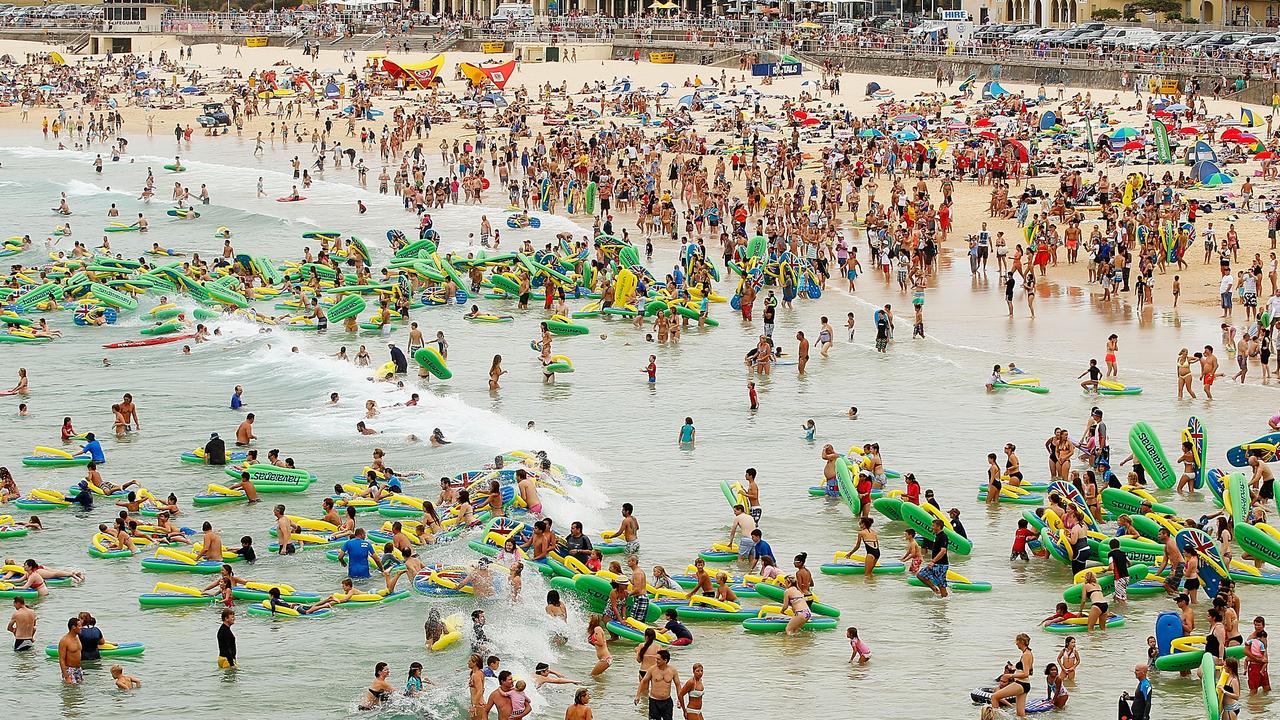 However, the vibe is a far cry from that of 2013. Australian flags, temporary tattoos and beach towels were few and far between. Sunrise saw a dawn reflection and smoking ceremony with First Nations Elder Dean Kelly and Yuin Gurandgi dancers. 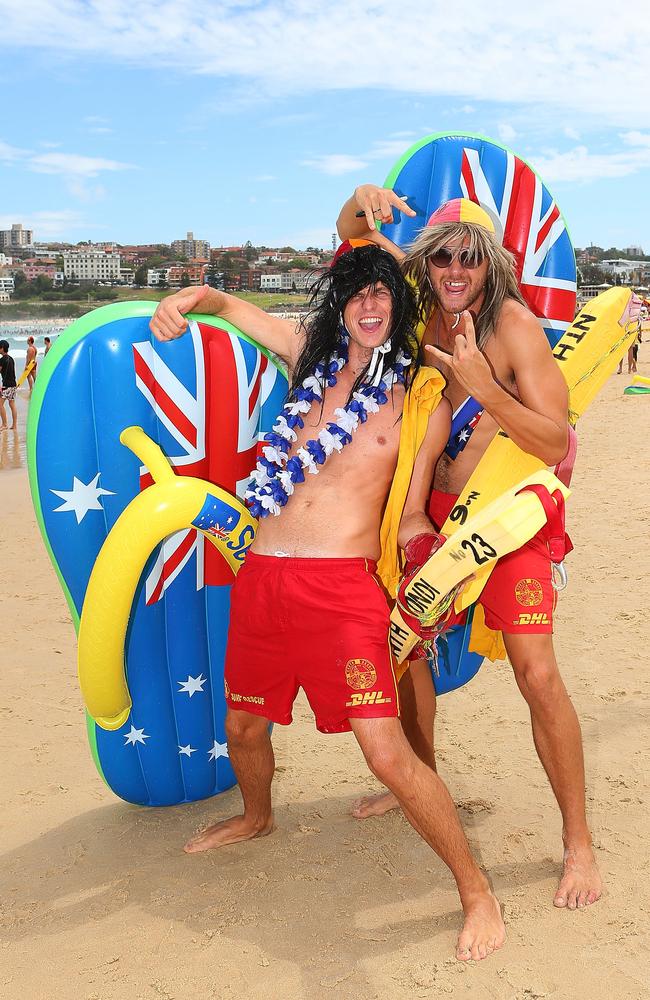 As crowds gathered on Gadigal land at Belmore Park in Sydney’s CBD in protest of Australia Day celebrations, Gomeroi woman and indigenous activist Gwenda Stanley declared: “Australia Day is dead and done. Get over it.”

For many who spoke to news.com.au at Bondi Beach this morning, January 26 is now little more than a day off.

Some expressed their reluctance or even refusal to celebrate the day – while others were dead set on making a day of the annual occasion they cherish.

Shannon had just finished his morning surf and was waiting for his mates to join him for another paddle before they headed home for some beers and a game of cricket.

When asked if he was celebrating the day as Australia Day, he responded: “Today is about Australia Day, beers, a game of cricket with your mates and a barbecue – can’t beat it.”

Another beachgoer, initially from the UK, felt there was a sense of guilt associated with the public holiday.

“I take the day off, but it does feel like the wrong reason to have a day off,” he said.

Leah said she did not celebrate the day. Instead, she used the public holiday as a day of reflection. 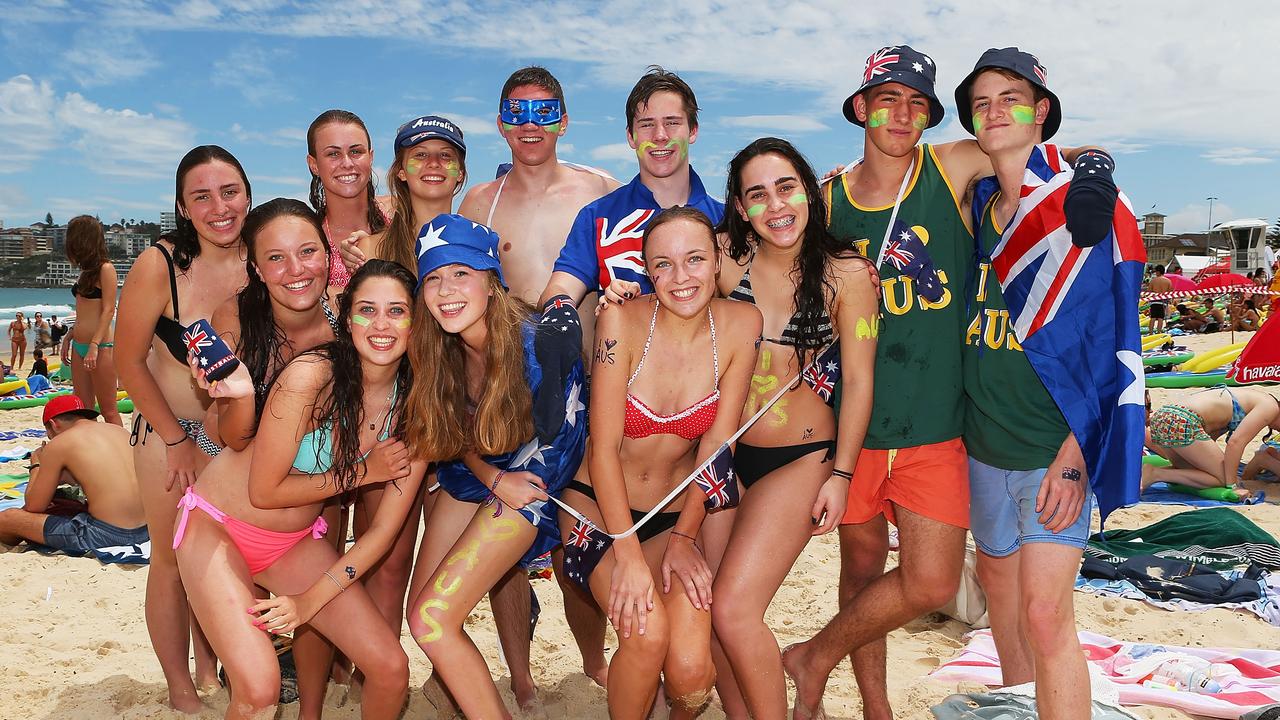 She noted a fundamental shift in attitudes among the broader public regarding the day.

“I feel like there’s been a real shift. This is our Australia Day since after a couple of lockdowns,” she said.

“I feel like people maybe are a little bit more melancholic, a little bit more reflective, a bit more humble and understanding of where we’re going as a nation, especially this year with the referendum and the Voice to Parliament.”

Another woman, who actually chose to forgo the public holiday and go to work after a quick morning walk at the beach, also agreed the day has “lost its appeal”.

“I think lots of people don’t choose to celebrate it, and I can understand that,” she said.

One woman sunbathing on the grass above the crowded beach said: “It’s just a day off for me”.

Two local ladies, who had the best seat in the house, parked their converted campervan with its back to the beach. They arrived at 5.30am for the dawn reflection ceremony and chose to post up in the car park.

They had their roof up, providing shade for their deckchairs as they cracked into a couple of quiet beers while overlooking the beach.

“This will do! I know there’s trauma, so today’s mixed feelings – I acknowledge the First Nations’ journey,” one said as the other nodded in agreement.

One American couple became citizens last year after being driven away by “political dissension” in the United States.

They were just happy to be in Australia, on sunny Bondi Beach.

“If we have an opportunity to sidestep (the politics) here, we’ll do that,” the man laughed.