Commuters on their way to pick up fast food have been left shocked and a little curious as an unusual suspect stuck his head out to order.

On Tuesday, a Macca’s customer took to TikTok to share the bizarre scene in front of her as a woman pulled up to order with a tiny horse in the back seat.

“Only in Australia,” the poster captioned the video.

The little guy is in the back seat of a black Honda, with his head out the window looking all around him. 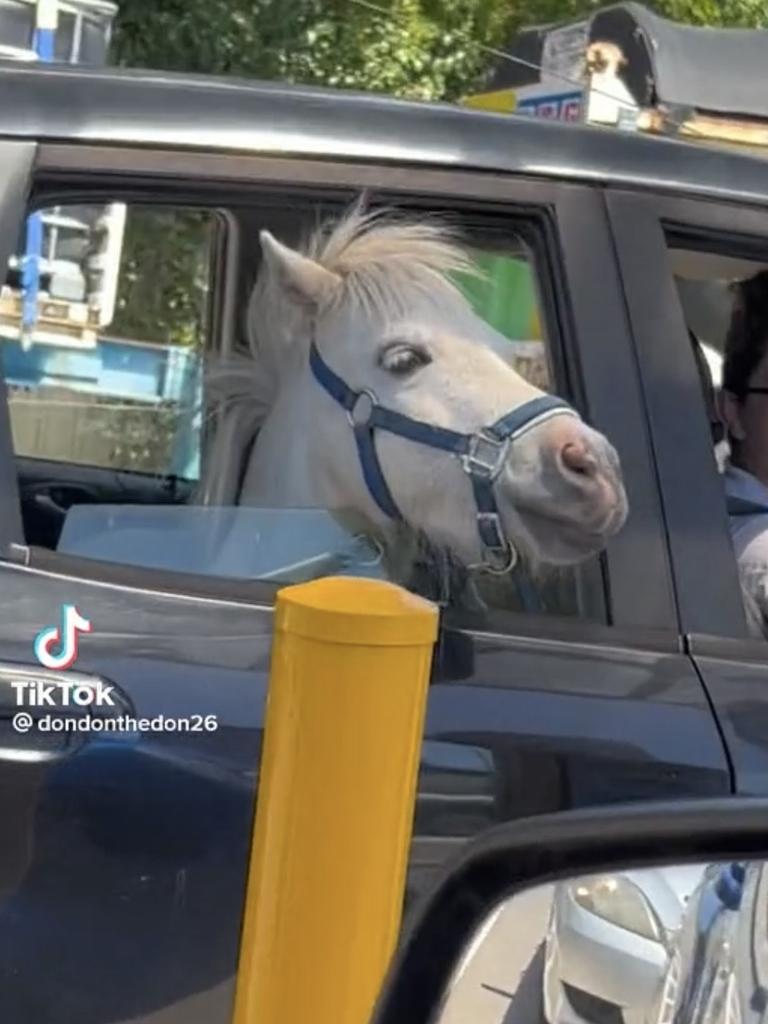 Shocked onlookers watched as Rocco the horse enjoyed a trip through the Macca’s drive-through. Picture: Tiktok/@dondonthedon26 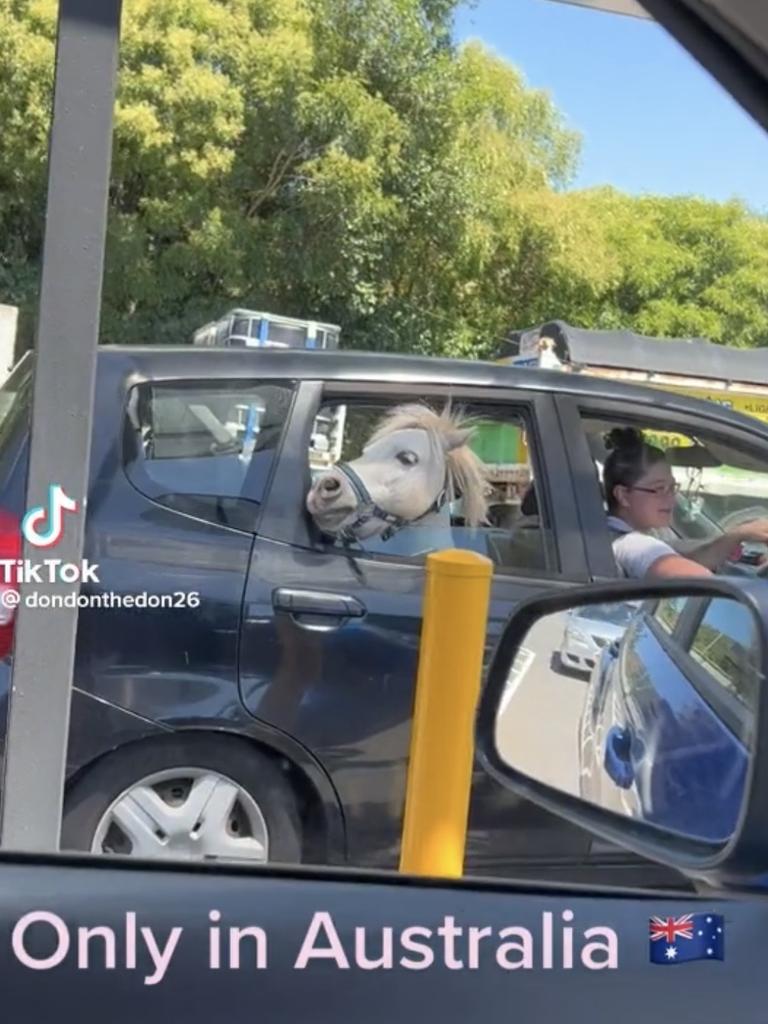 The little guy was excited for his sweet treat. Picture: Tiktok/@dondonthedon26

“Is that a horse in your car?” the woman asks.

“He’s excited for his ice cream!” his owner says.

“The nod from Rocco to confirm he’s excited about ice cream,” one commenter wrote.

“I wanted to see him eat the ice cream,” said another.

“The reason why Honda has the so called “magic seats”, it’s to take our ponies for an ice cream.”

Even a major Aussie supermarket couldn’t resist the urge to join the fun. 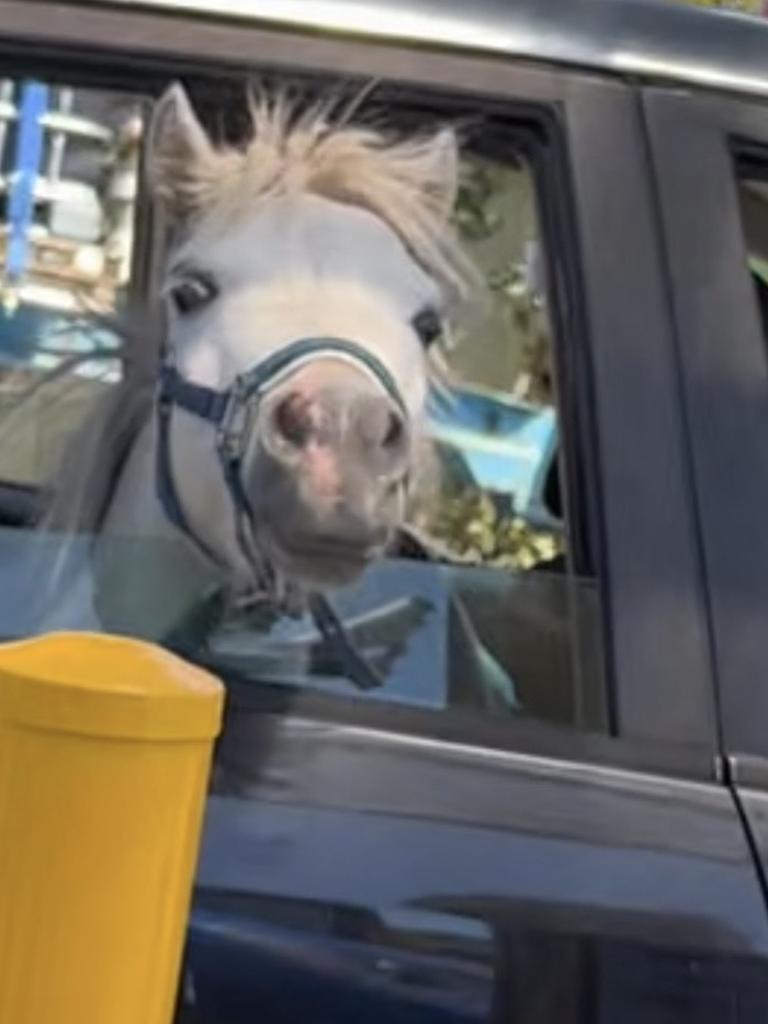 Commenters said he seemed to nod when ice cream was mentioned. Picture: Tiktok/@dondonthedon26 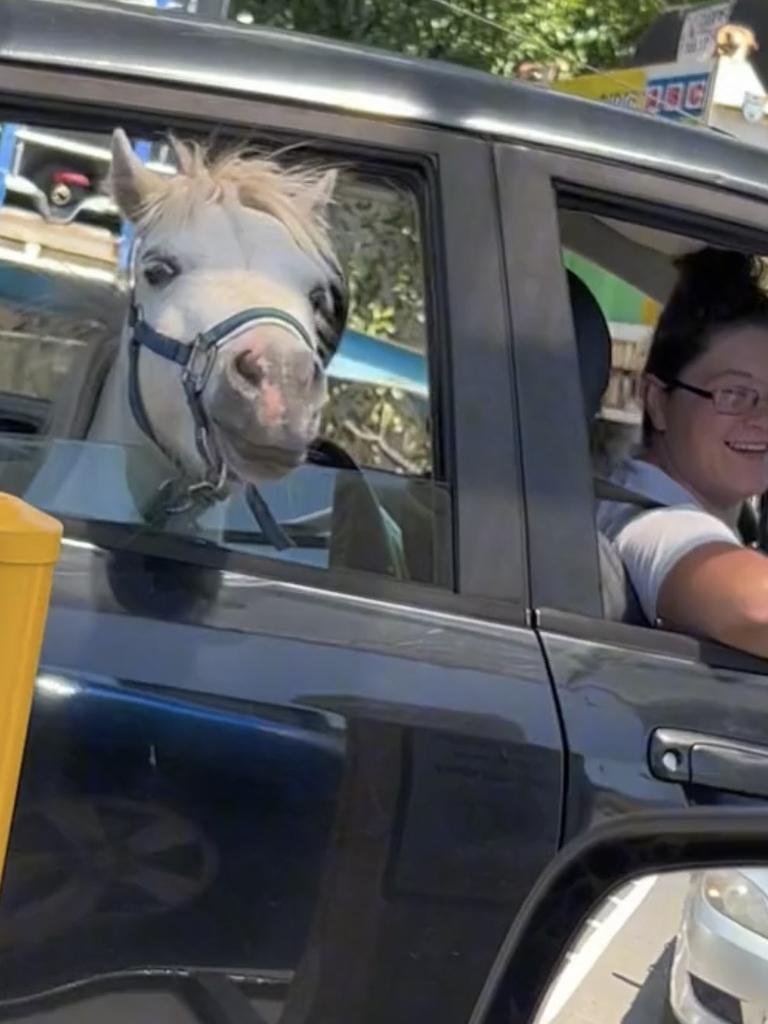