The future of one of the country’s most ambitious green energy projects is in limbo after the company was put in voluntary administration due to a bitter stand-off between two Aussie billionaires.

Renewable giant Sun Cable had proposed to build a $35bn solar farm in the heart of the Northern Territory, with a cable to provide green energy to Darwin and Singapore.

But the plan collapsed on Wednesday, barely three years after Australia’s two richest men emerged as its largest shareholders.

The company found itself unable to function because, simply put, neither billionaire Andrew “Twiggy” Forrest or Mike Cannon-Brookes was willing to continue sinking funds on the other’s terms. 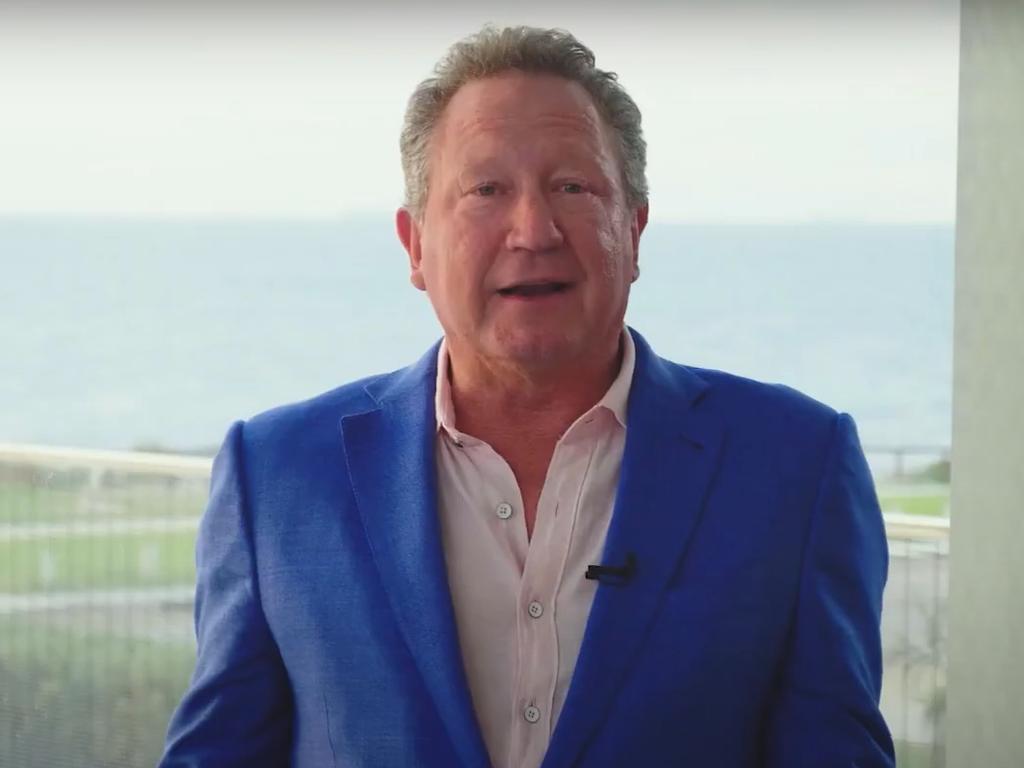 Twiggy Forrest, one of the billionaires at the helm of the project, faced an uphill fight for green energy at his own company, Fortescue Metals. Picture: YouTube.

Sun Cable fell apart following an “absence of alignment” between the shareholders’ objectives, a spokesperson said in a statement announcing the administration.

“While funding proposals were provided, consensus on the future direction and funding structure of the company could not be achieved,” they said.

In short, it has become a $50 billion ego war that has left Australia’s green energy future hanging in the balance.

A fight for influence

Mr Forrest, who is Australia’s richest man, made his $30 billion fortune mining iron ore at his company Fortescue Metals before setting up a subsidiary, Fortescue Future Industries, for his green hydrogen aspirations.

The move faced backlash even from within the company, as almost 20 senior executives fled in two years.

He owns more than 30 per cent of Fortescue’s stock and in May announced he would make himself executive chairman, replacing an employee who quit the role and giving him almost total control over the company. 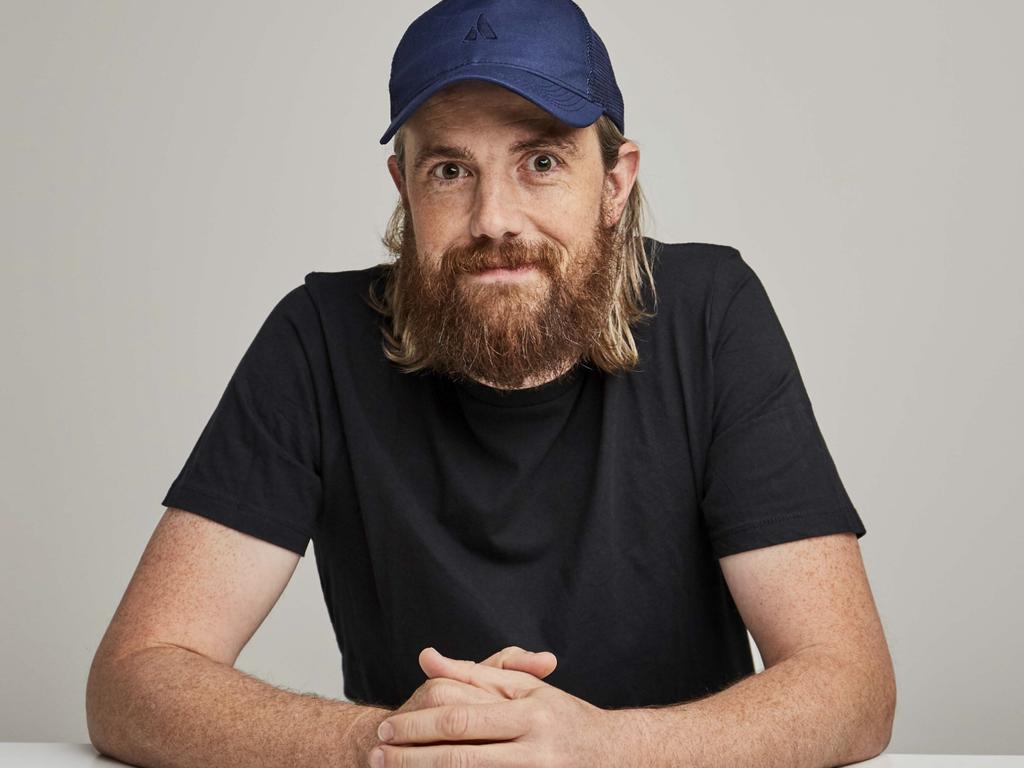 To invest, rather than to control

Mr Cannon-Brookes, who co-founded software giant Atlassian, made his debut into the energy market via a dramatic takeover of gas producer AGL Energy, which he – after much deliberation and the election of a more sympathetic board – overhauled into something resembling a green company.

He’s been a polarising figure in Australian politics, funding via Climate 200 the six teal independents who romped home at the May election at the expense of the Liberal Party.

Each man had veto rights over the other’s proposed funding deals for Sun Cable before it was put in administration, adding fuel to the fire. 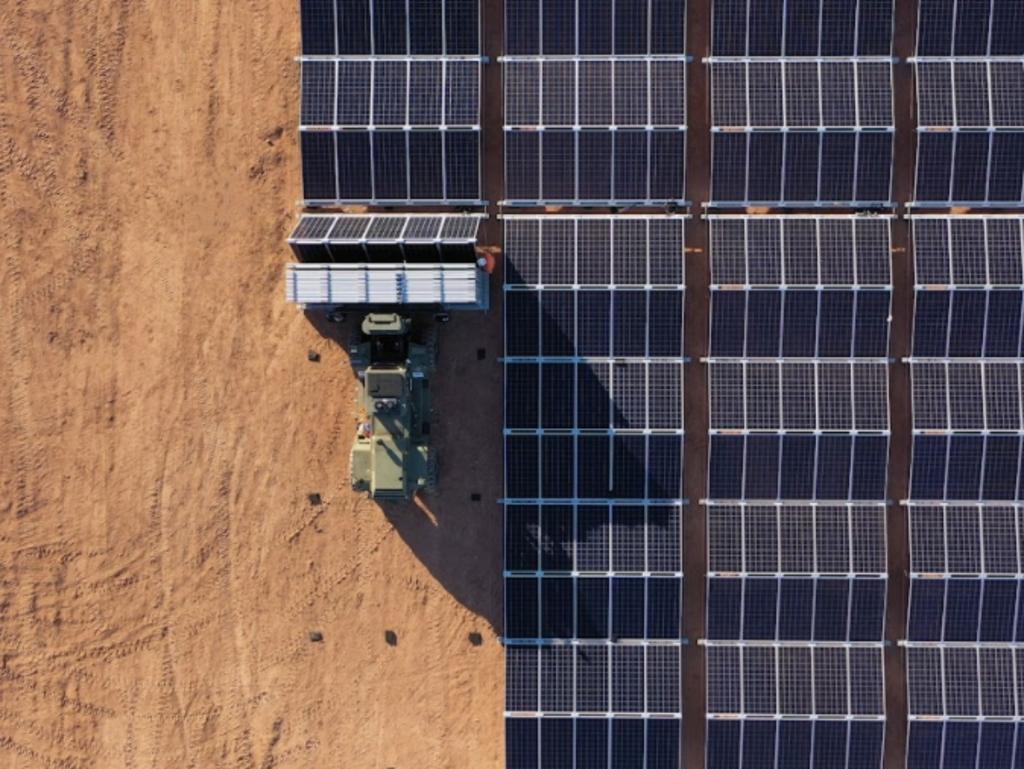 The company’s green future is caught in the middle. Picture: supplied

Both billionaires insist they stand by the ambitions of Sun Cable and its signature project, the AAPowerlink.

With construction set to begin next year, AAPowerlink intended, upon completion, to supply 20 gigawatts of solar power to Darwin via overhead cables, and power to Singapore via submarine cables.

“This project will generate enough renewable electricity to power more than three million homes a year,” a project information leaflet distributed in 2021 claimed.

“This is the equivalent of cutting CO2 emissions by 11.5 million tonnes or removing 2.5 million cars off the road each year.”

The question remains whether there will be a tussle for control – or whether both men will walk.

“As we have progressed our work, the demand for delivering reliable, dispatchable 24/7 renewable energy in the NT and the region has risen materially,” he said.

“Sun Cable looks forward to developing and operating the projects to meet this demand.”