Mortified Woolworths shoppers have revealed their horror after biting into a pre-made salad only to discover a bandaid had made it into their mouth.

The grim find was made inside a Woolworths Potato, Egg and Bacon salad, last week after the customer had begun tucking in.

The gruesome experience left the shopper “absolutely disgusted”, with her heading back to the store, at Lismore Square, in the NSW Northern Rivers, five hours later to report it.

She also reported the bandaid find to head office, hoping they would take action to remove products with the same batch number, H1201, from shelves. 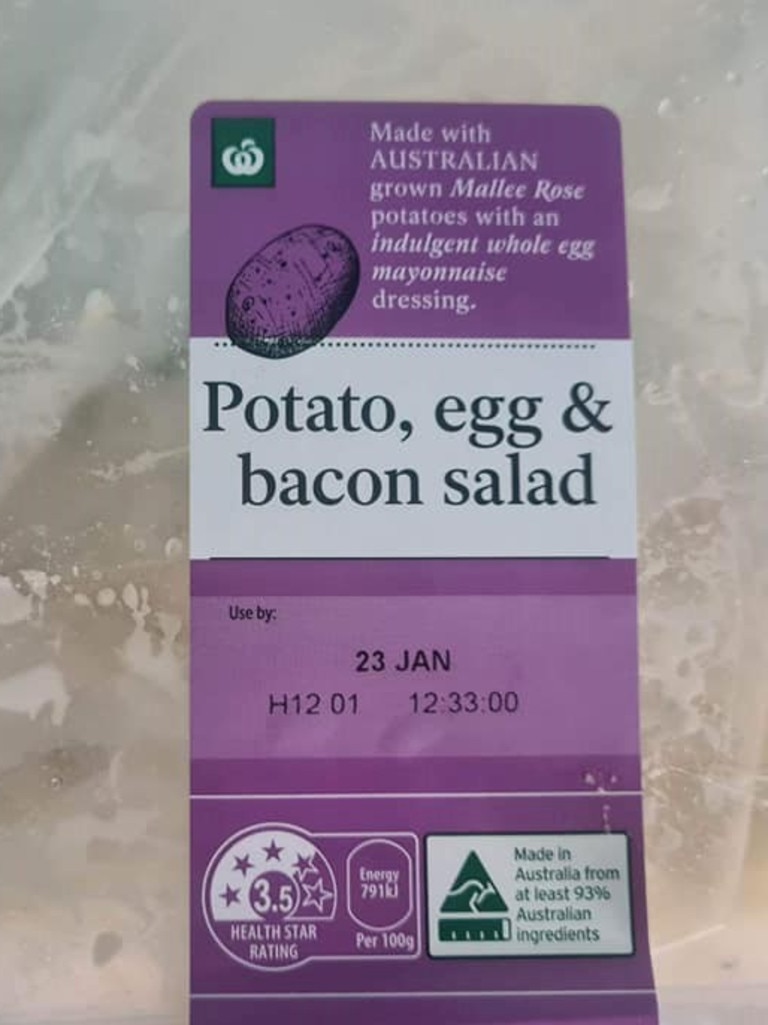 There was a foul discovery in this pack. Picture: Facebook 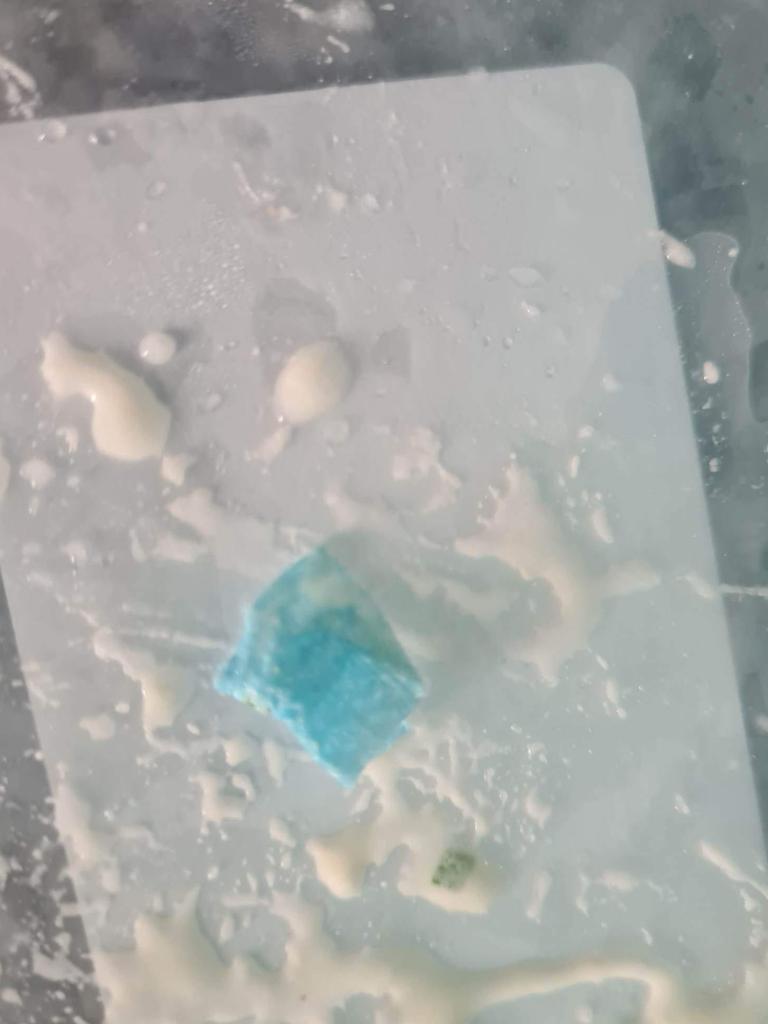 When she went back to the store however, they were all still on display.

“Absolutely disgusted with the lack of care or response from Woolworths today,” she wrote to Facebook on Friday.

She said the “dirty bandaid” was “found while being chewed on”.

“I go into the store five hours after the report was made to find that they are still selling the product with the exact same batch number. Not good enough,” her post read.

In photos attached to the post, a bright blue bandaid could be seen coated in slimy bits of mayonnaise. 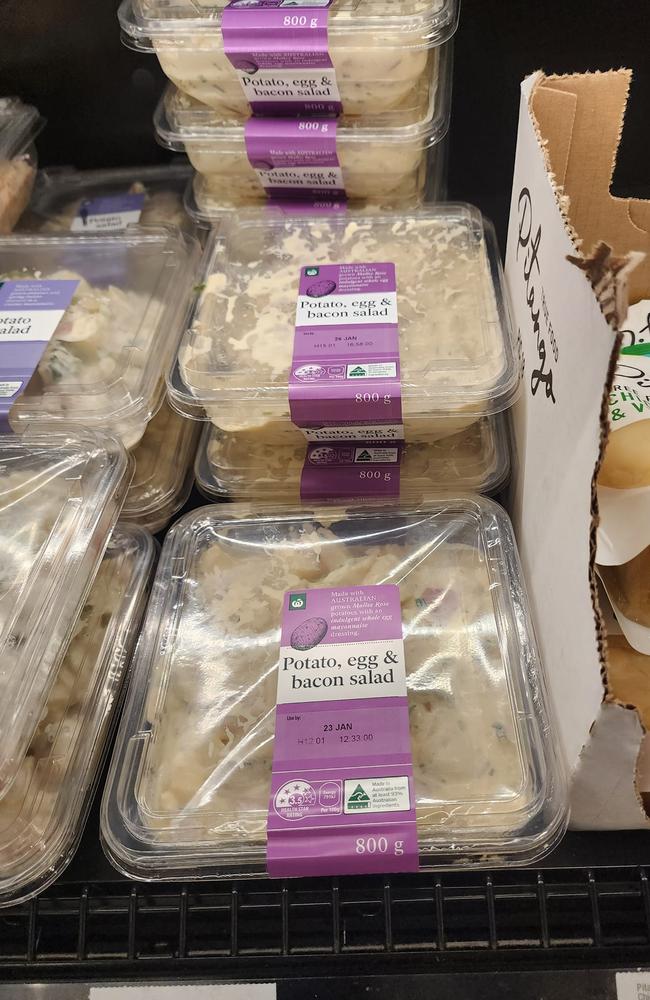 The products were still for sale after the shopper reported the bandaid. Picture: Facebook

The shopper also attached a photo showing the items still stacked in the supermarket’s cooler.

Fellow consumers were shocked by what they saw, with the discovery being labelled “so gross”.

“OMG that is disgusting,” one person wrote in a comment.

“And perhaps that chunk of bacon you were enjoying wasn’t bacon after all, just saying,” a third wrote.

A Woolworths spokesperson said they were unaware of any other bandaid reports.

“We take food safety very seriously, and we’re concerned by this customer’s experience,” they told news.com.au.

“We are investigating this incident with our potato salad supplier and we’re not aware of any other reports of this nature.

“We have been in contact with the customer and have provided them with a refund.”