A global drug network has come undone and six Sydney men have been charged after police seized more than $3.5m in cash and 300 of drugs.

Operation Phobetor was launched in 2021, involving the NSW Police State Crime Command, the Australian Federal Police and the Australian Criminal Intelligence Commission, to target “serious organised crime” across the state. 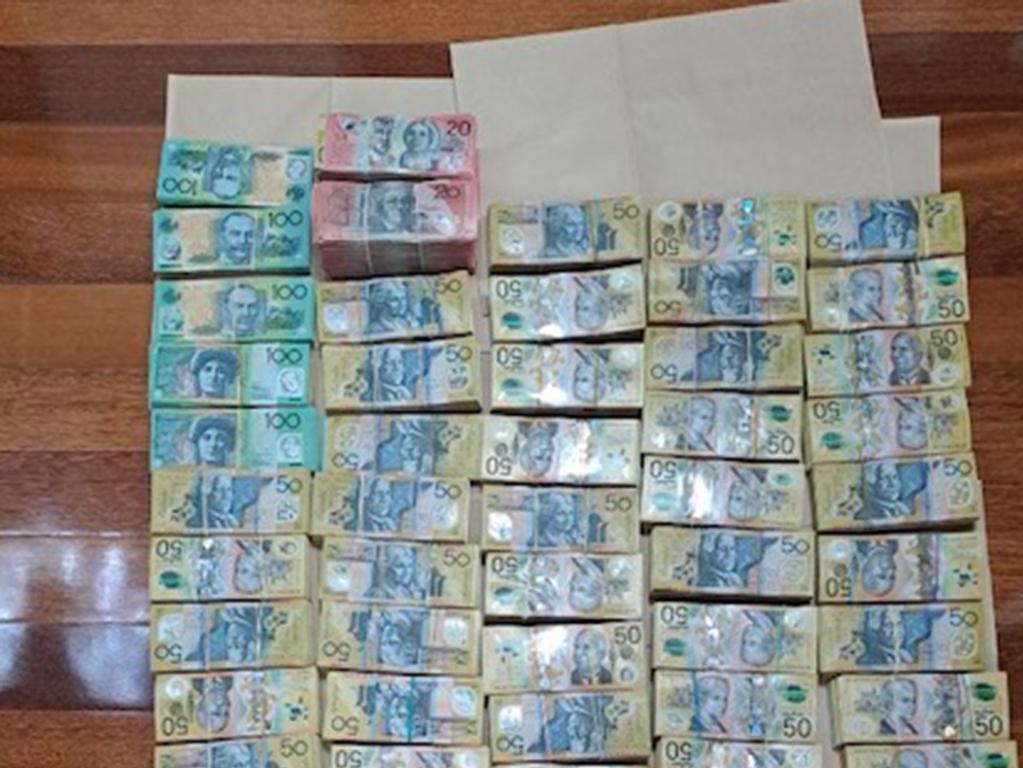 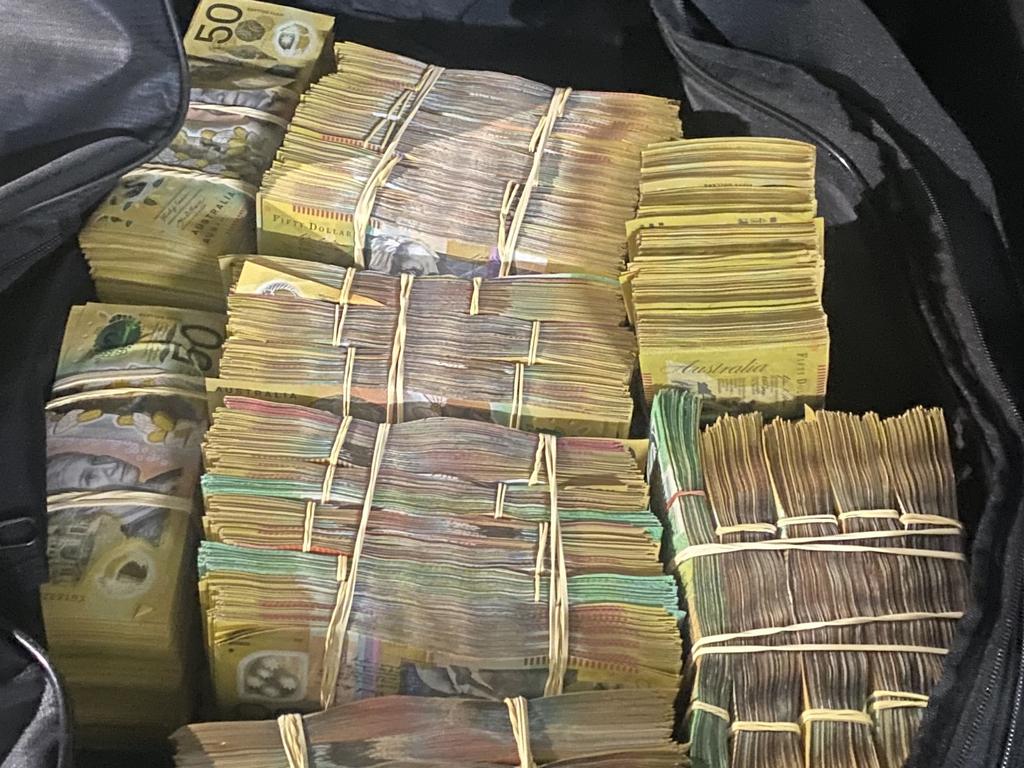 Officers intercepted and seized 220kg of methylamphetamine in Los Anegles that was bound for Australia and 60kg of cocaine believed to be from Germany at a Sydney freight depot that was concealed inside pieces of machinery as well as $960,000 in cash.

Police raided 16 properties in Sydney in the early hours of Wednesday morning and seized a further $1.2m in cash that was stashed in sports bags.

Meanwhile, a further two men – aged 28 and 32 – were arrested during a vehicle stop at Bankstown where police seized $1.4m. 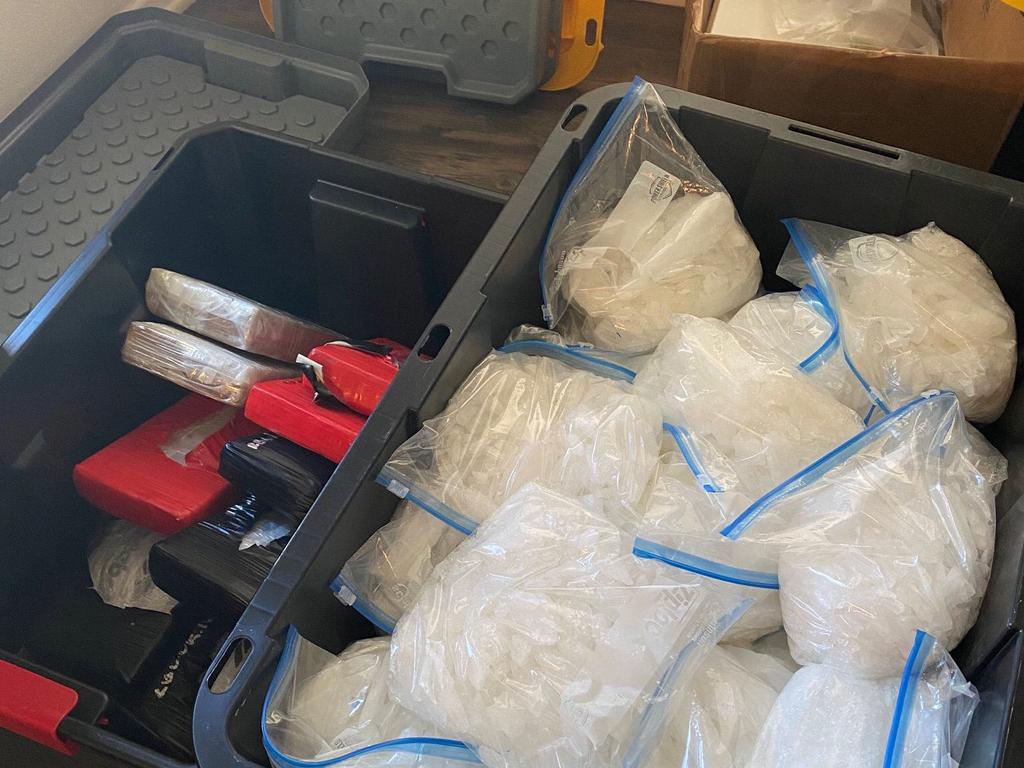 A cache of drugs, including cocaine, MDMA, cannabis and steroids, were also seized. Picture: NSW Police 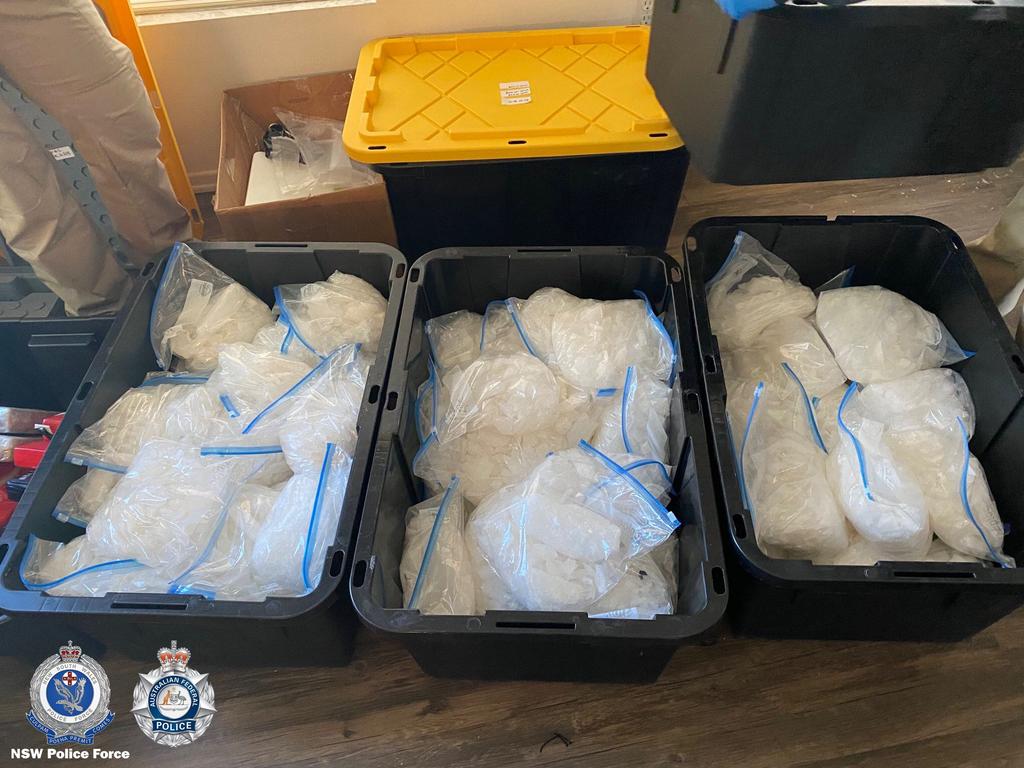 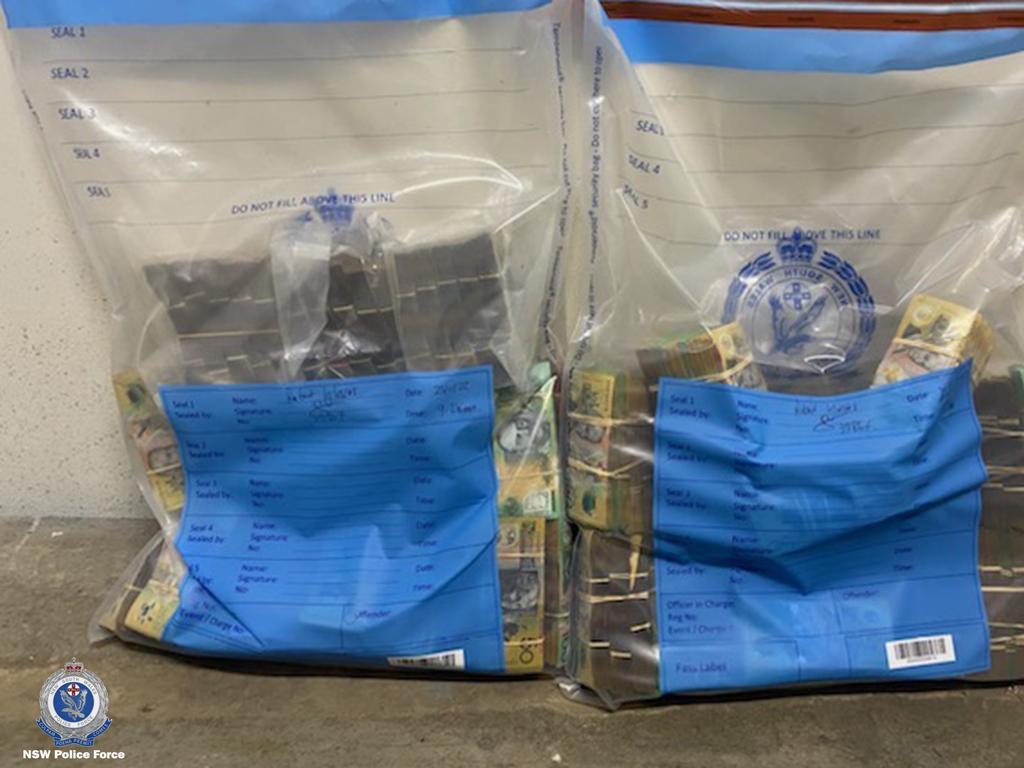 The raids were part of a multi-agency police investigation into an international drug network. Picture: NSW Police

He was refused bail and will appear at Picton Local Court on Thursday.

The 38-year-old Earlwood man was charged with eight offences, including four counts of conspiracy to commit offence import commercial quantity of border-controlled drug, two counts of deal with property proceeds of crime, and one count each of commit an offence for the benefit of organisation, and participate criminal group contribute criminal activity.

He was refused bail at Burwood Local Court on Wednesday and will reappear in January.

The 44-year-old Sefton man was charged with two counts of import commercial quantity of a border-controlled drug and one count of commit offence for benefit of organisation. 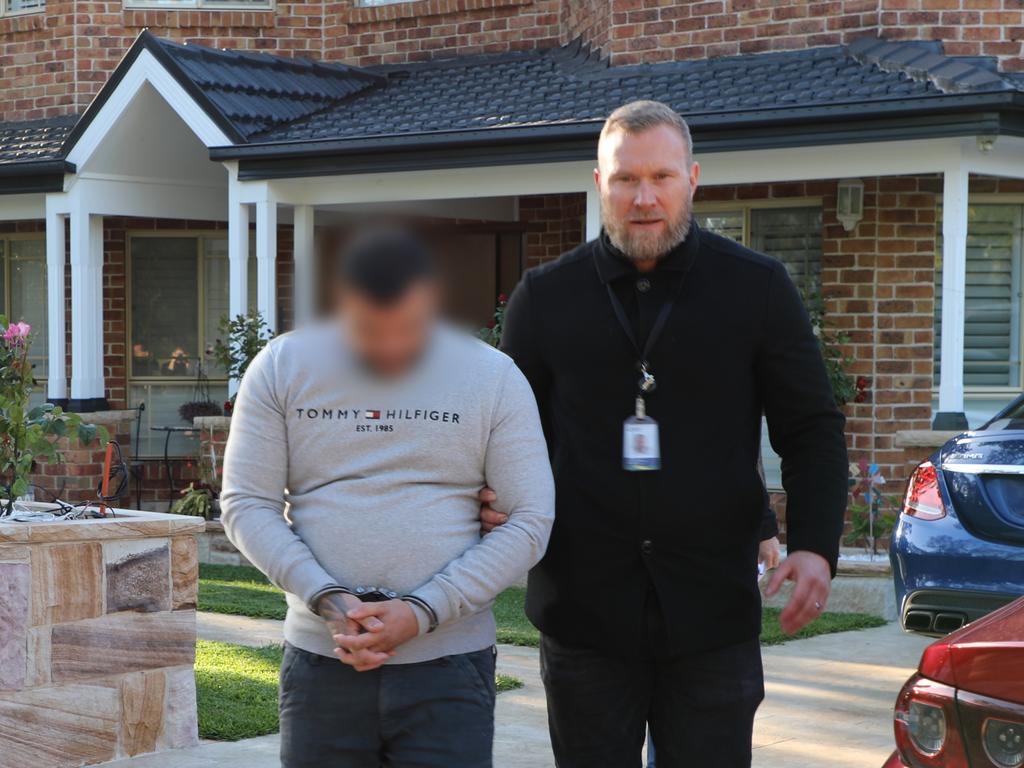 A man was arrested at his home in Picton in Sydney’s southwest. Picture: NSW Police 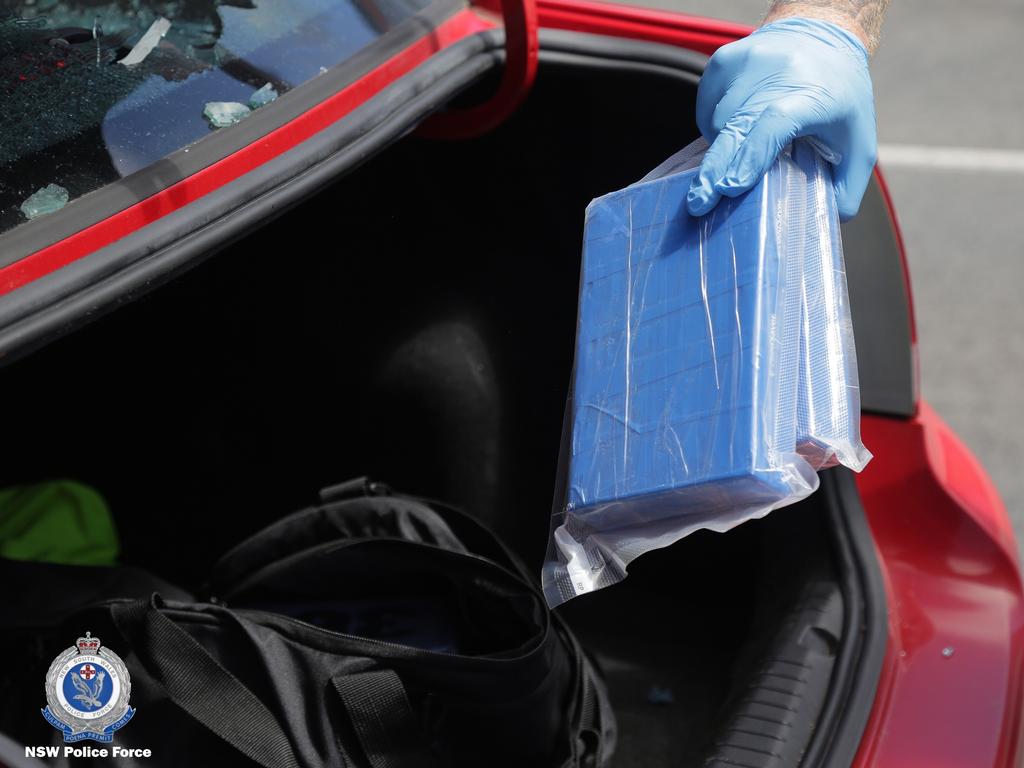 He is due to appear at Bankstown Local Court on Thursday.

The 41-year-old Wetherill Park man was charged with three counts of import commercial quantity of border-controlled drug and one count of commit offence for benefit of organisation. He will appear at Liverpool Local Court on Thursday.

The 30-year-old Belfield man was charged with conspiracy to commit offence import commercial quantity of border-controlled drug, and commit offence for benefit of organisation and will face Bankstown Local Court on Thursday.

The 28-year-old man arrested during a vehicle stop was charged with supply large commercial quantity prohibited drug and refused bail.

The 32-year-old was not charged and was released pending further inquiries. 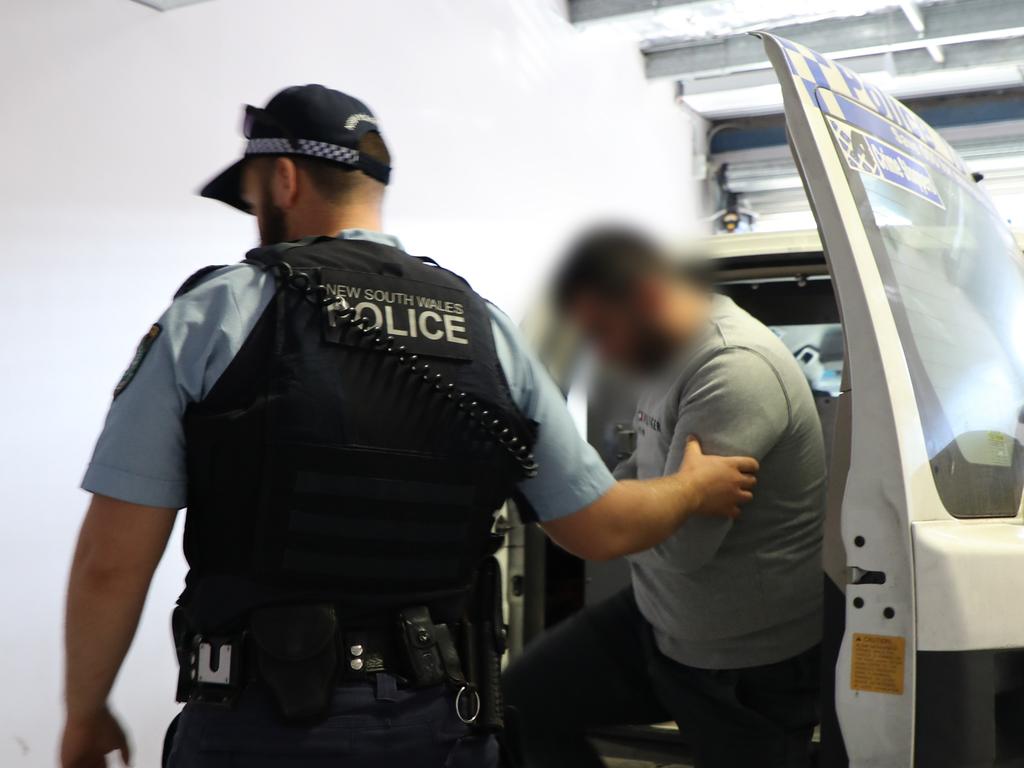 Two men – aged 28 and 32 – were arrested during the vehicle stop. Picture: NSW Police 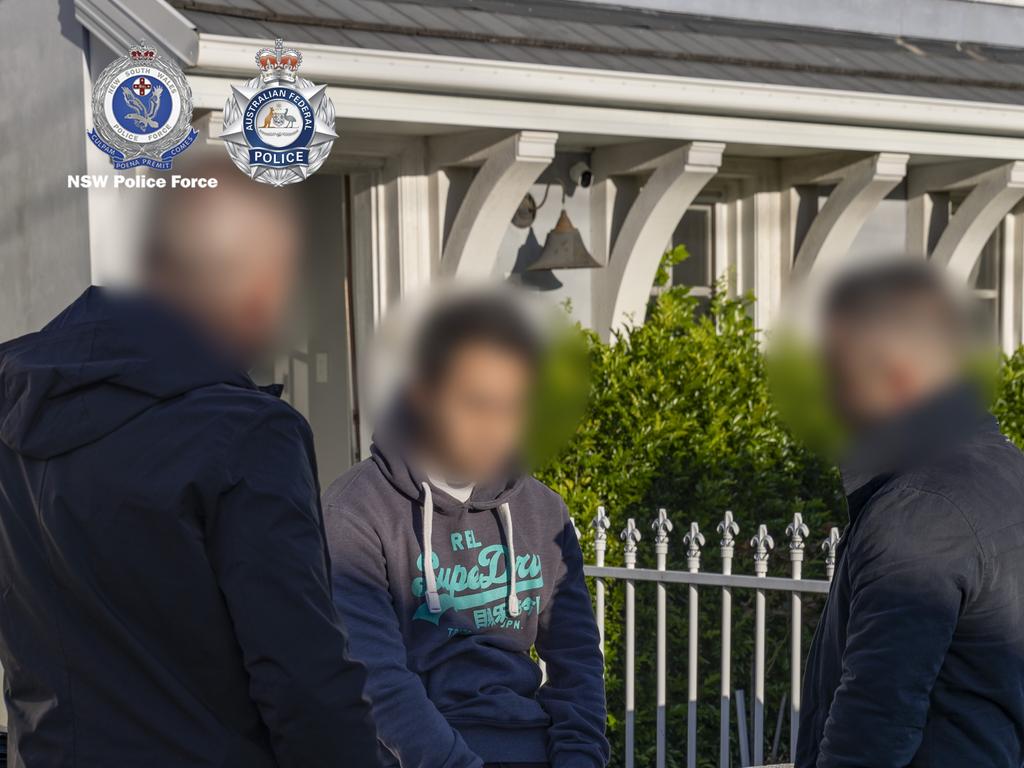 Six men have been charged so far. Picture: NSW Police

“Organised criminal networks are usually notoriously competitive for control in the illicit drug trade; however, what we have seen through this operation and other intelligence is that some members are working collaboratively to bring drugs into our country,” Superintendent Faux said. 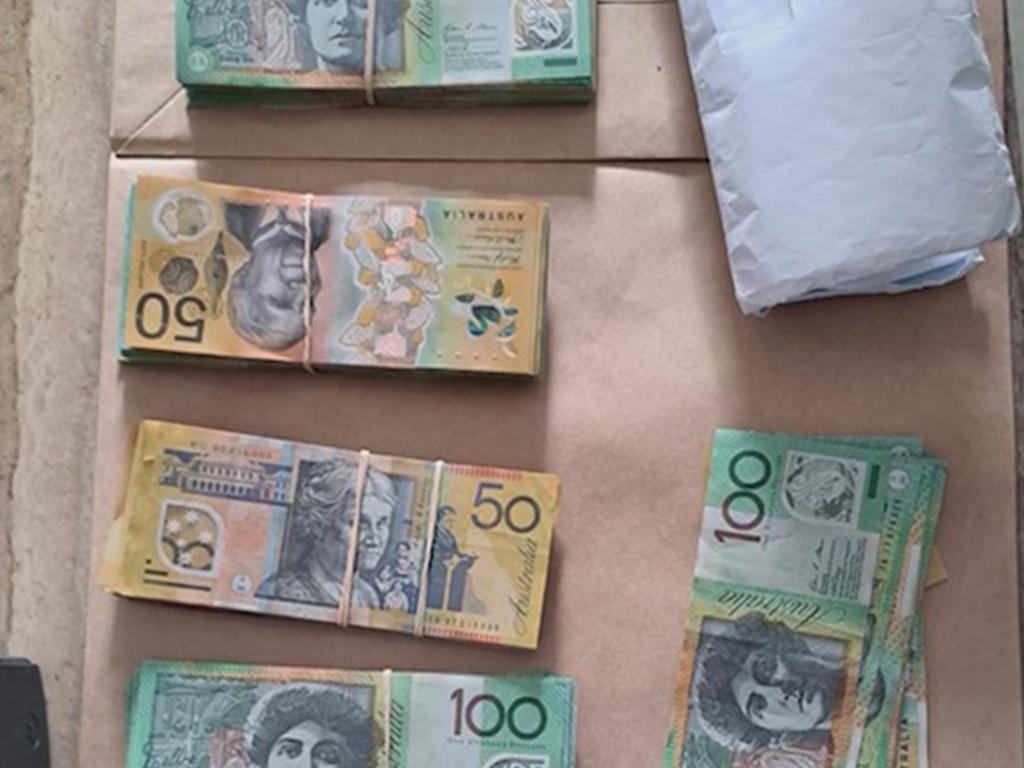 “While the different methods of concealment aren’t new, it’s the level of involvement from various criminal syndicates to bring in shipments which is of note.”

Police will allege in court the 33-year-old used his employment at a logistics company to monitor consignments arriving to Sydney.

AFP Commander Kate Ferry said agencies were confronting organised crime head on, no matter where in the world it was operating.

“These criminals undermine our national security and our economy. They make our suburbs and roads less safe,” she said.

“The way Australians live will be changed if illicit drug use is not greatly reduced and if these serious criminals are not brought to justice.”

Investigations into the criminal network are continuing.