An awkward exchange between TV legend Tracy Grimshaw and her rumoured A Current Affair replacement has been caught on camera.

Last night, the media veteran bid an emotional farewell to ACA after 17 years as host of the long-running current affairs show.

Footage has since emerged of Channel 9 staff delivering a standing ovation after she signed off for the final time, with employees – including household names such as Karl Stefanovic and Peter Overton – lining up to clap and hug her goodbye.

But the clip shows a tense exchange between Grimshaw and current Today co-host Allison Langdon, who has emerged as a favourite to take over the ACA gig.

After hugging several other staffers, Grimshaw approaches Langdon, who has her arms outstretched for an embrace.

But Grimshaw instead walks right past her, appearing to slightly shake her head before leaning in for a hug with a male colleague. 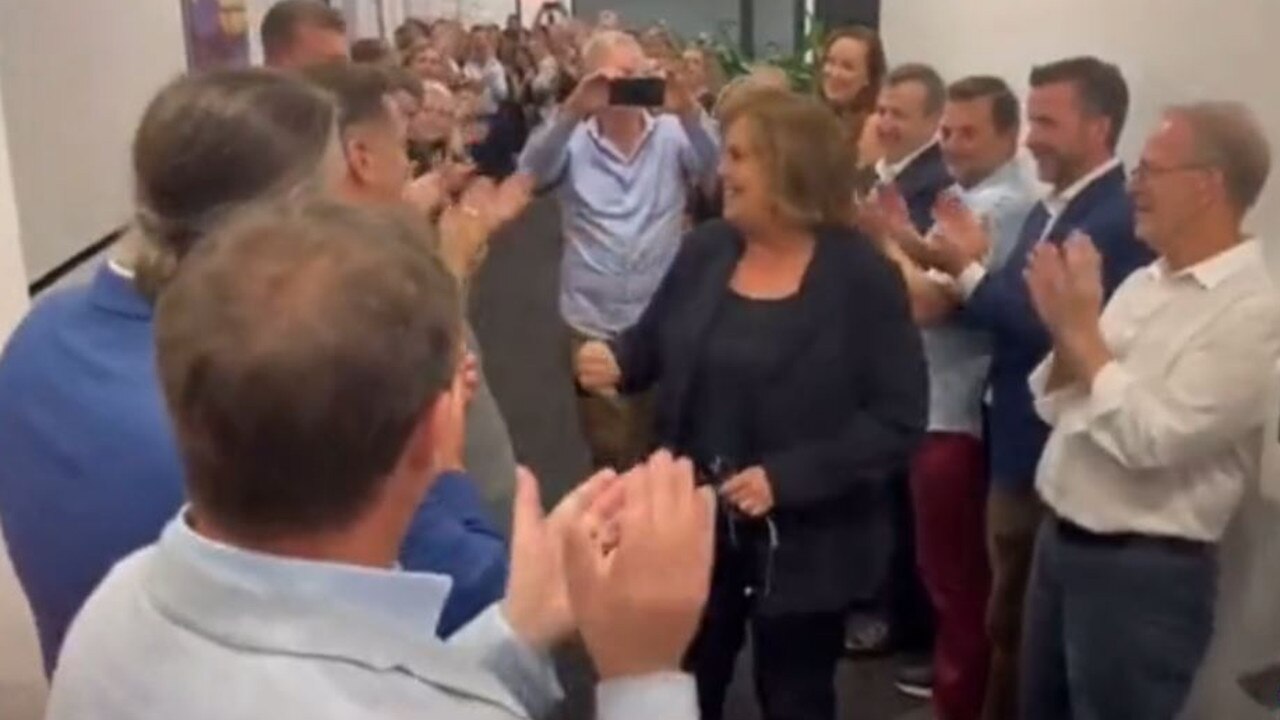 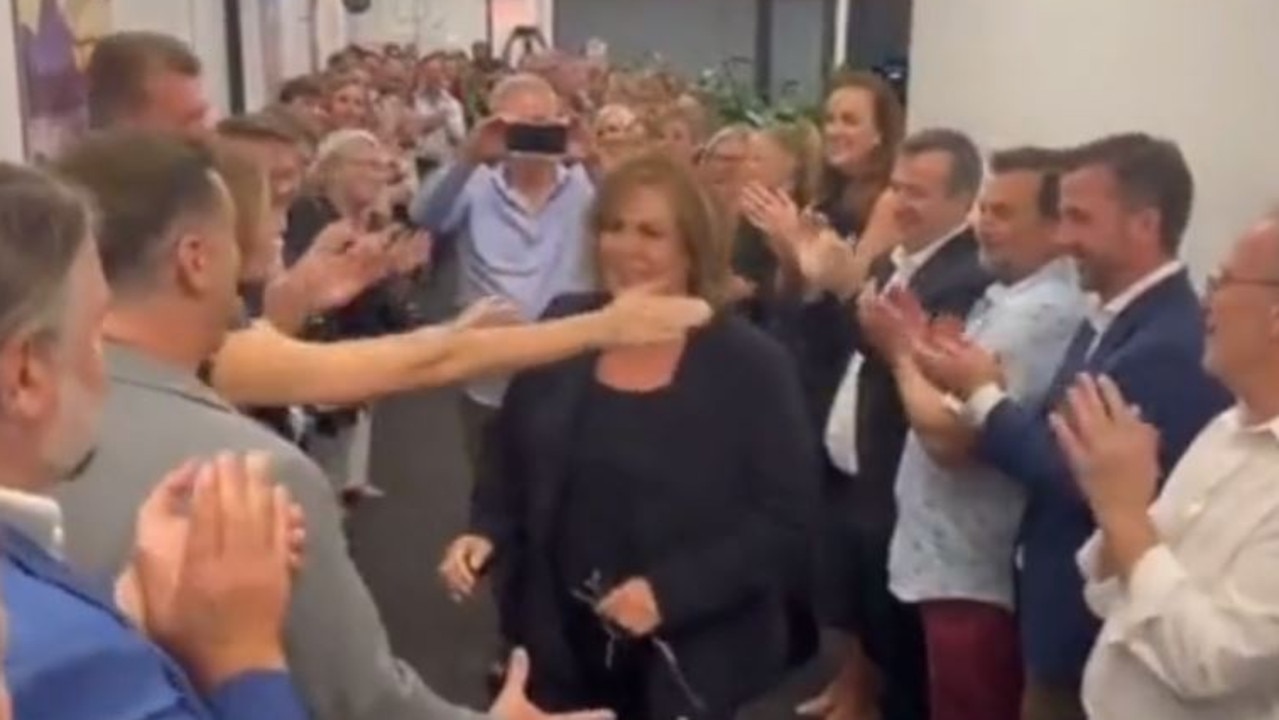 But appeared to snub Ally Langdon on the way out. Picture: TikTok

The uncomfortable moment was soon shared on TikTok with the caption: “Tracy Grimshaw has signed off ACA for the last time and also rejected a hug from Today Show host Allison Langdon on the way out, bit awks”.

“I’m actually second hand embarrassed for that lady,” one person wrote, while another added they “need to know the drama” behind the exchange.

“In front of at LEAST 50 people as well,” another commented, while one TikTok user said it was proof “Allison is definitely taking her place!”

“Not only rejected but acknowledged the rejection like, hard pass. That’s a no from me,” another said of the apparent snub.

Langdon and Stefanovic weighed in on the “snub” drama on Today this morning, describing the situation as “brutal” – but explaining that there was a “reason” behind the apparent brush off.

The pair revealed they had “managed to secure some never-before-seen footage from another angle of the shock snub”, with the new clip showing the excruciating moment in even clearer detail.

“Look how red my face is. I just got brushed. I don’t think Tracy knows who I am.”

Stefanovic joked Langdon “didn’t have much sleep last night”, with his co-host teasing that she was “devastated” after being “brushed” by her “hero”.

“It was a tough moment,” she said.

But they shared a statement from Grimshaw herself clearing up the incident, with the former ACA host confirming it had been a big misunderstanding.

“I’m sorry I missed you, was so overwhelmed and obviously didn’t see your petite head once Karl’s big boofhead loomed into vision. Argh, big sorry x’’ the statement reads.

Langdon said she had accepted the apology and the Today co-hosts joked about it being “one of the greatest snubs in Australian television”.

“Anyway, apology accepted Trace. It was a very big night. It was a beautiful night to be part of. I have decided I still love her,” Langdon said.

“It will be remembered for one thing and played from now until the end of time.”

It comes amid frenzied speculation regarding who will take over the plum job, with shock jock Kyle Sandilands apparently spilling the beans during Wednesday’s episode of The Kyle and Jackie O Show.

Sandilands questioned Grimshaw on-air about her departure, and possible replacement.

“Every person who has been speculated about is an exemplary person,” Grimshaw said.

But Grimshaw refused to reveal who would be filling her chair.

“I wouldn’t be surprised if you know next week.”

However, Sandilands then revealed Today co-host Karl Stefanovic asked him for advice about who should join him on the show, indicating rumours about Allison Langdon taking over from Grimshaw were true. 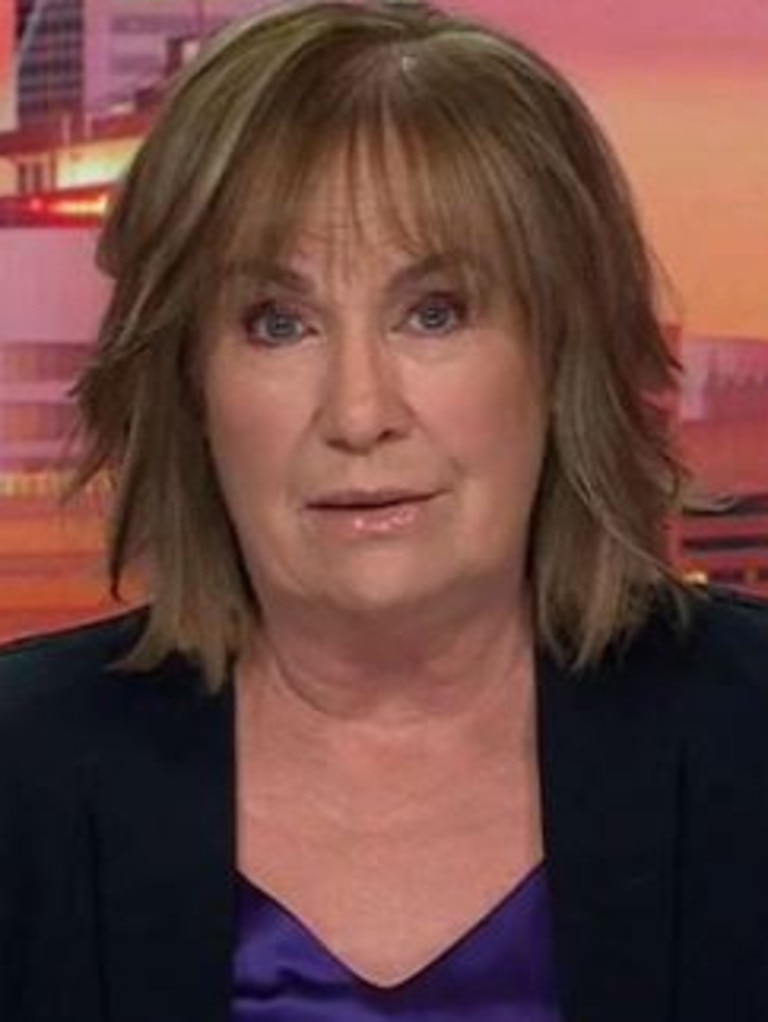 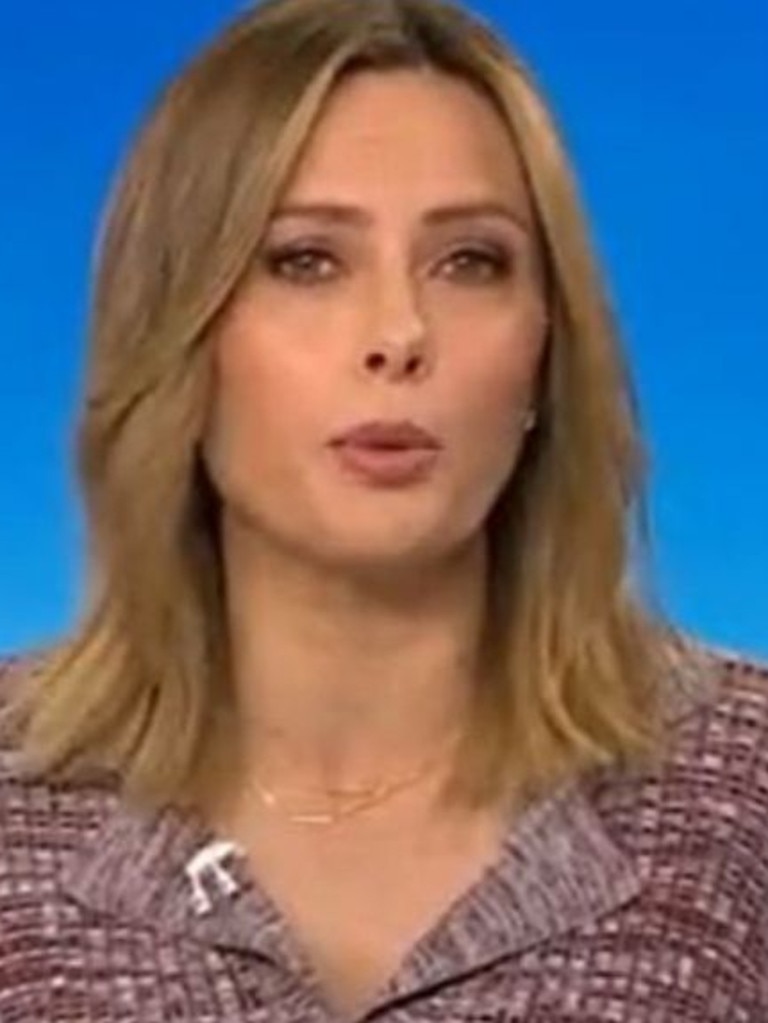 Today Show host Allison Langdon is rumoured to be her replacement. Picture: Channel 9

“I don’t mean to bust Channel 9’s bubble,” he continued.

The final minutes of last night’s ACA were devoted to Grimshaw’s emotional goodbye to loyal viewers.

She started by insisting she wouldn’t say a proper goodbye, because it would reduce her to tears – “and that’s never pretty”.

Then she struck a defiant note, hitting back at those who’ve looked down their nose at the show over the years. A Current Affair’s critics, she insisted, never actually watched the show.

She then thanked viewers for letting her “indulge my love of a good chat”, revealing that back in her early days on ACA, her bosses wouldn’t let any interview run for more than four minutes because they thought viewers would be “bored”.

“And now look at us. Interviews can run for the whole show – because you told us you like that. Thank you for watching them,” she said, before signing off one last time.

She also hinted at the speculation over her replacement, saying: “Soon, you will all find out who will be in this chair next year, so please make them welcome.”

Grimshaw’s departure comes during a TV-wide “mass exodus”, as some of the media industry’s highest-profile names step away from their jobs.

Back in July, Leigh Sales finished as host of The 7:30 Report after 12 years.

And on radio this week, popular broadcaster Jess Eva made the shock announcement that Triple M’s MG, Jess & Page — formerly known as Moonman in the Morning – would finish up this week.