Treasurer Jim Chalmers has said Australia’s inflation is at a “historical” high but believes it is “likely the peak” after it was revealed the Consumer Price Index rose for the fourth consecutive quarter.

The official measure for household inflation has officially risen by 1.9 per cent since September.

While the increase was expected, December’s quarterly figures reflected a year-on-year change of 7.8 per cent – the biggest annual leap since 1990. 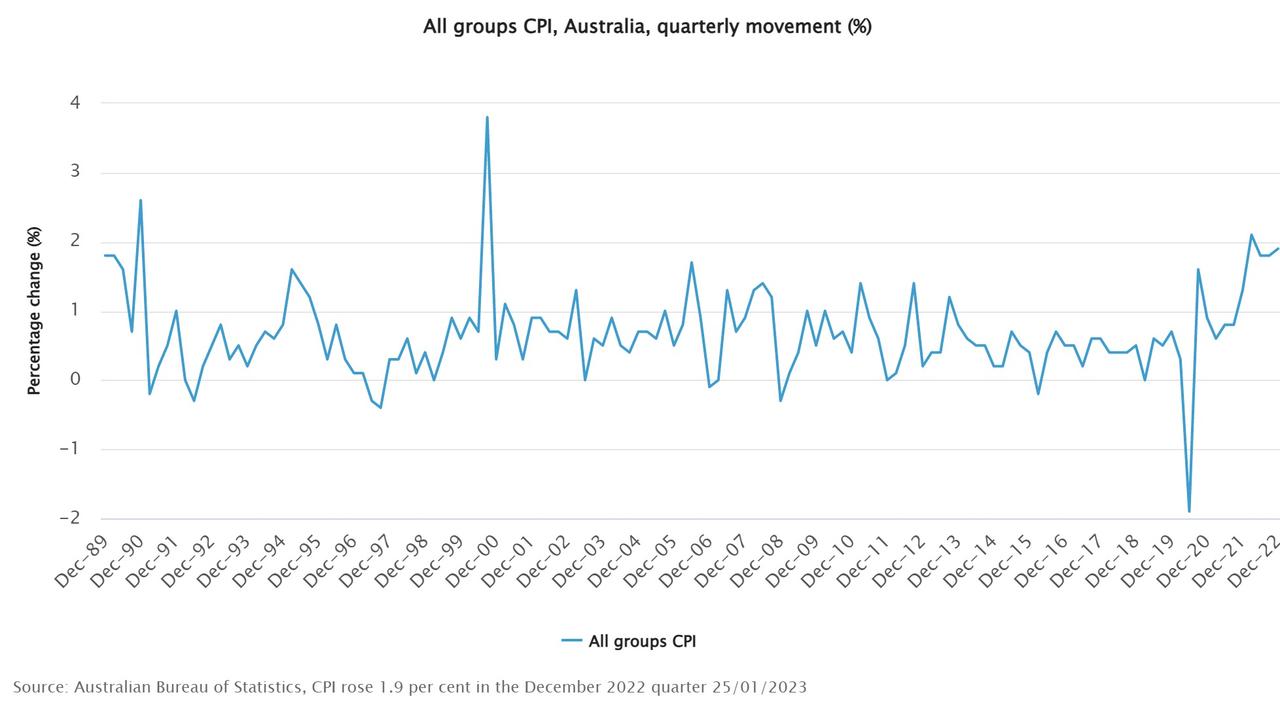 Australia’s CPI has risen for the fourth consecutive quarter.

“This is very high inflation by historical standards,” Mr Chalmers said on Wednesday.

Mr Chalmers said Wednesday’s record inflation is likely to be the “peak” but conceded he could not confirm whether this is definitely the case until numbers are revealed for the current quarter.

The Treasurer also warned infllation would remain “higher than we would like for longer than we’d like”, and would be the “defining challenge” in the economy this year, as it was in 2022.

“But we are realistic about the extreme price pressures that Australians are facing right now, the impact of interest rates hikes, and the costs and consequences of a war in Europe and a period of substantial volatility in the global economy as well.”

Food and non-alcoholic beverages also reflected a year-on-year change of 9.2 per cent.

The Australian Bureau of Statistics’ head of prices statistics Michelle Marquardt said “strong demand” over the Christmas period contributed to the rising cost of travel. 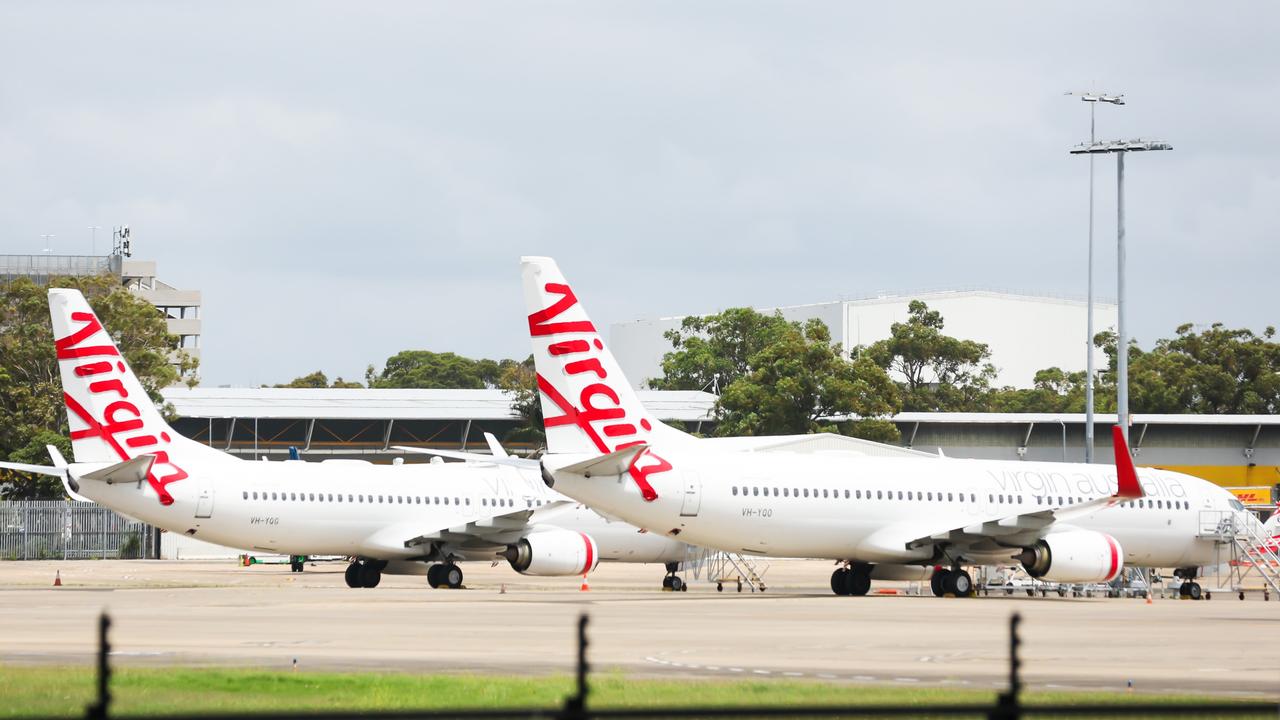 An increase in demand for overseas and domestic travel saw an increase in costs for accommodation. Picture: NCA NewsWire/ Dylan Robinson

ABS figures also reflected a 2.1 per cent rise in costs for ‘meals out and takeaway food,’ which the agency said was evident of eateries passing on “rising costs for inputs including ingredients and labour”.

Ms Marquardt also said it was the fourth consecutive quarter to show “a rise greater than any seen since the introduction of the Goods and Services Tax (GST) in 2000”.

“The increase for the quarter was slightly higher than the quarterly movements for the September and June quarters last year (both 1.8 per cent),” she said.

Inflation at ‘other side of the peak’

Earlier this week, the Treasurer said that while he tipped inflation to peak in the December quarter, cost-of-living challenges would still remain.

“We’ve still got a big inflation challenge in our economy even as we get to the other side of the peak,” he told Sky News on Sunday.

The CPI increased to 7.3 per cent in November 2020, with the biggest annual increases reported in housing – including rent and new home purchases (9.6 per cent), food and non-alcoholic beverages (9.4 per cent), and transport (9 per cent), with the cost of fuel increasing by 16.6 per cent. 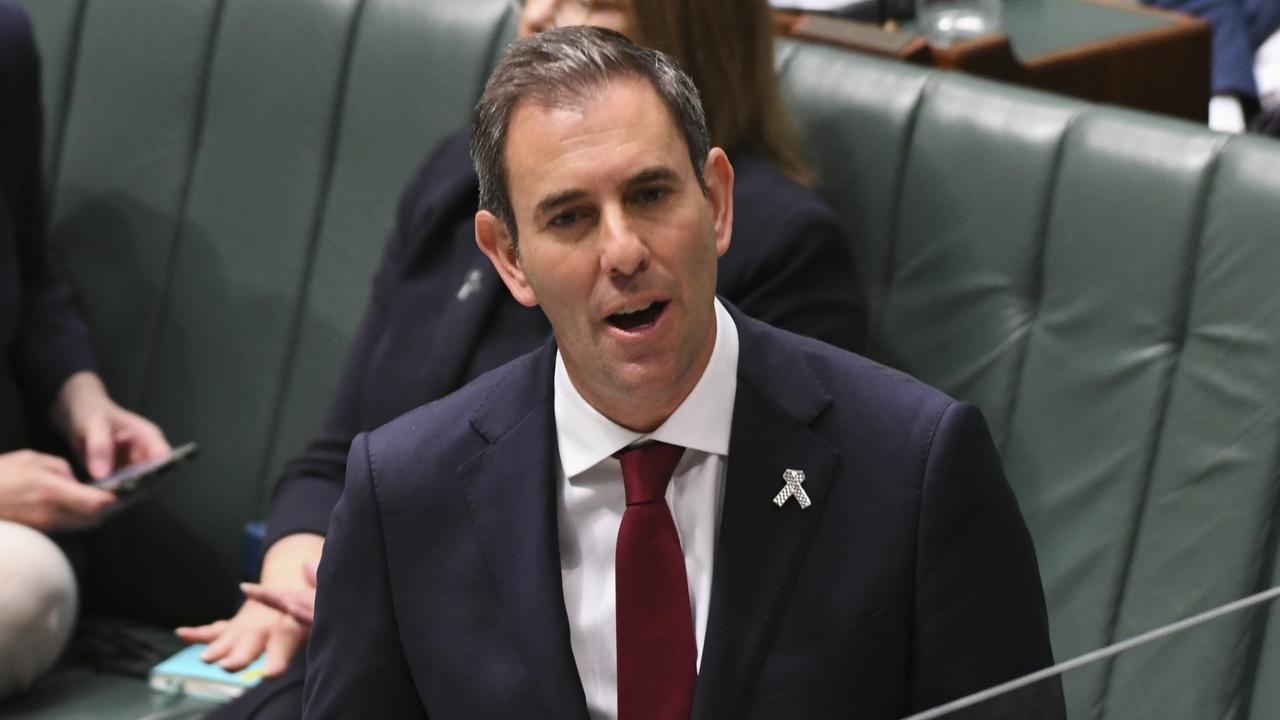 Opposition leader, Peter Dutton accused the Treasurer of “spin,” and said he believed this would lead to potential stage three tax cuts.

“The treasurer is trying to put all sorts of spin on what will be in the May budget and trying to set Australians up for the tax cuts to be abolished,” he told Sky News.

“The fact is that Australians are doing it tough at the moment and it‘s going to get tougher over the next 12 months under Labor.”